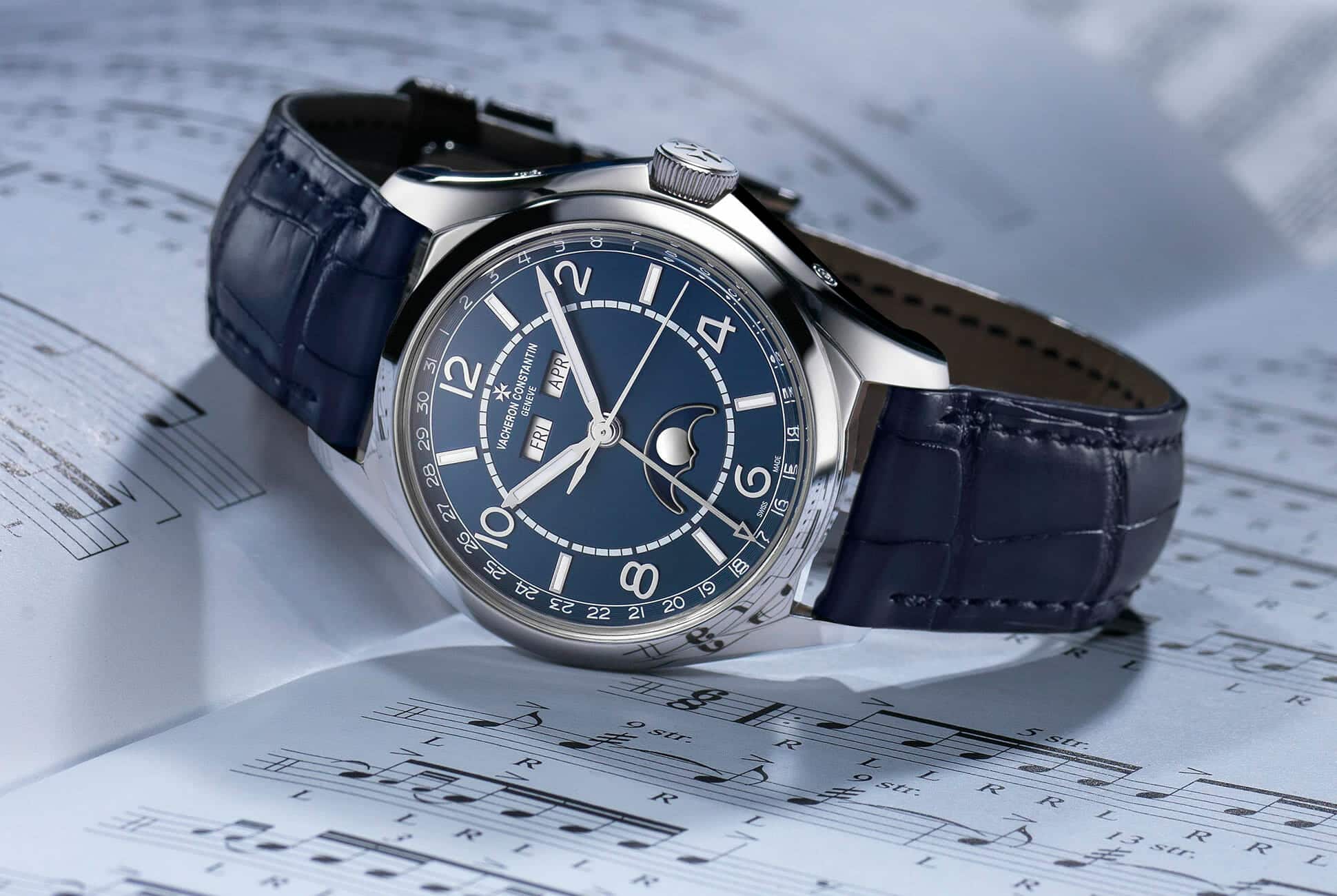 The new year is already upon us and the world of watchmaking is running at full swing with the start of SIHH 2019. It’s also known as the Salon International de la Haute Horlogerie, which is one half of the two most exclusive Swiss watch trade fairs in the world. This yearly affair sees the best of the best in the world of haute horlogerie coming together to showcase upcoming timepieces for the rest of the year.

Unfortunately, many big name brands will not be making an appearance on the floor after this year’s edition, mostly due to wanting to deal directly with its consumers. The list includes the likes of both Audemars Piguet and Richard Mille alongside Van Cleef & Arpels, to name a few.

However, that doesn’t mean that SIHH 2019 is a disaster waiting to happen. Bovet is one such brand that will be making its debut at SIHH 2019 while both Breitling and Bucherer have recently been inducted as members into the Fondation de la Haute Horlogerie (FIHH), which manages SIHH.

Aside from the obvious, SIHH also plays host to many other iconic watchmakers who have come to make a name for themselves. Be sure to scroll down to check out some of the latest luxury watches that made its debut in Geneva, Switzerland. 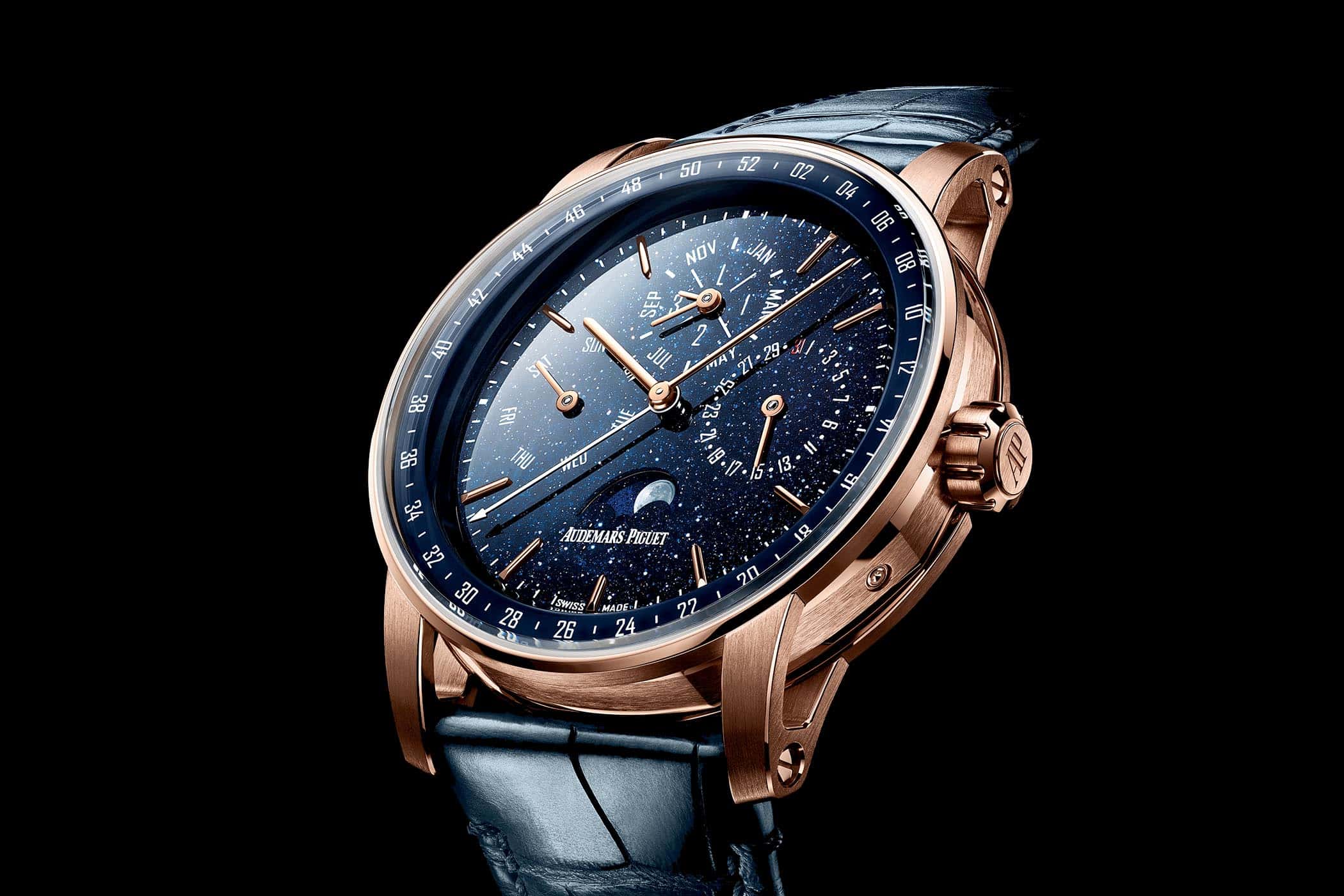 Audemars Piguet is one of the brands that won’t be participating in future SIHH events, thus marking 2019 as its last appearance. Of course, they made sure their attendance in SIHH 2019 would be a memorable one by introducing a brand new collection of watches called Code 11.59 (Code stands for Challenge, Own, Dare, and Evolve). The Swiss luxury watchmaker has since dropped 13 new references, which includes five complications and six calibres — three of which feature entirely new movements.

All of the new timepieces from Audemars Piguet feature subtle design elements that harken back to the iconic Royal Oak collection, which has made AP the brand it is today. This is only apparent upon closer inspection with the same octagonal shape.

To top it all off, there were also new additions to the Royal Oak lineup, which is the 38mm chronograph as well as a 41mm Ref. 15500. This will soon become the new base model for the Audemars Piguet Royal Oak with a new in-house 4302 movement.

Roger Dubuis is another Swiss luxury watchmaker that has been creating waves at SIHH 2019. First off is its partnership with Lamborghini, one of the leaders in luxury supercars. The Roger Dubuis Excalibur Huracán features many design and structural elements inspired by Lamborghini. This includes bridges on the skeleton that resembles the front grille as well as dial bearing a striking resemblance to the dashboard of the Huracán.

That isn’t all, as Roger Dubuis also brought forth the Excalibur One-Off, which was inspired by the Lamborghini Squadra Corse. This is the most expensive car Lamborghini has ever manufactured, which was custom-made for a client.

As expected, the Excalibur One-Off is as what the name suggests — a one-off. The watch takes on the same neon-orange highlights as well as the carbon and aluminium frame of the supercar, making it the perfect accessory on your wrist whilst behind the wheel. 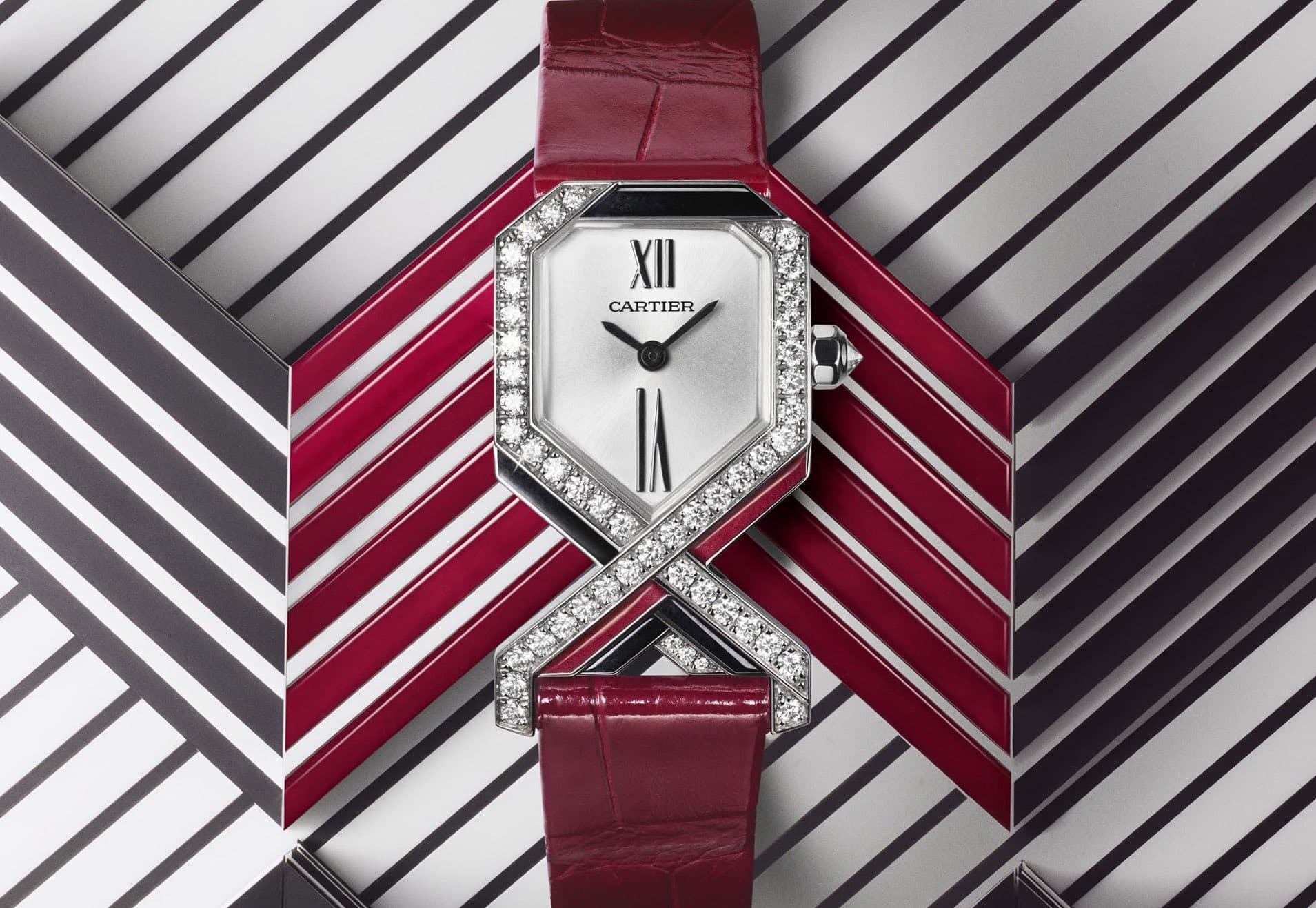 Cartier is most well-known for the Santos, a timeless classic in the industry. It’s no surprise that Cartier brings new innovations to the Santos at SIHH 2019 with two steel-cased models. The first is an automatic that comes in two sizes as well as a new gradient blue dial. The second is a skeletonised, manually-wound Cartier Santos available in only the large sizes.

However, the Santos has had to share the limelight with another classic Cartier collection at SIHH 2019. Both the Libre and Privé collections stray away from the iconic Santos look as both collections are all about design freedom. The Cartier Libre collection is a blend between classic and high-end jewellery pieces while the Cartier Privé on its timeless design of the Tonneau that has been around 1906. 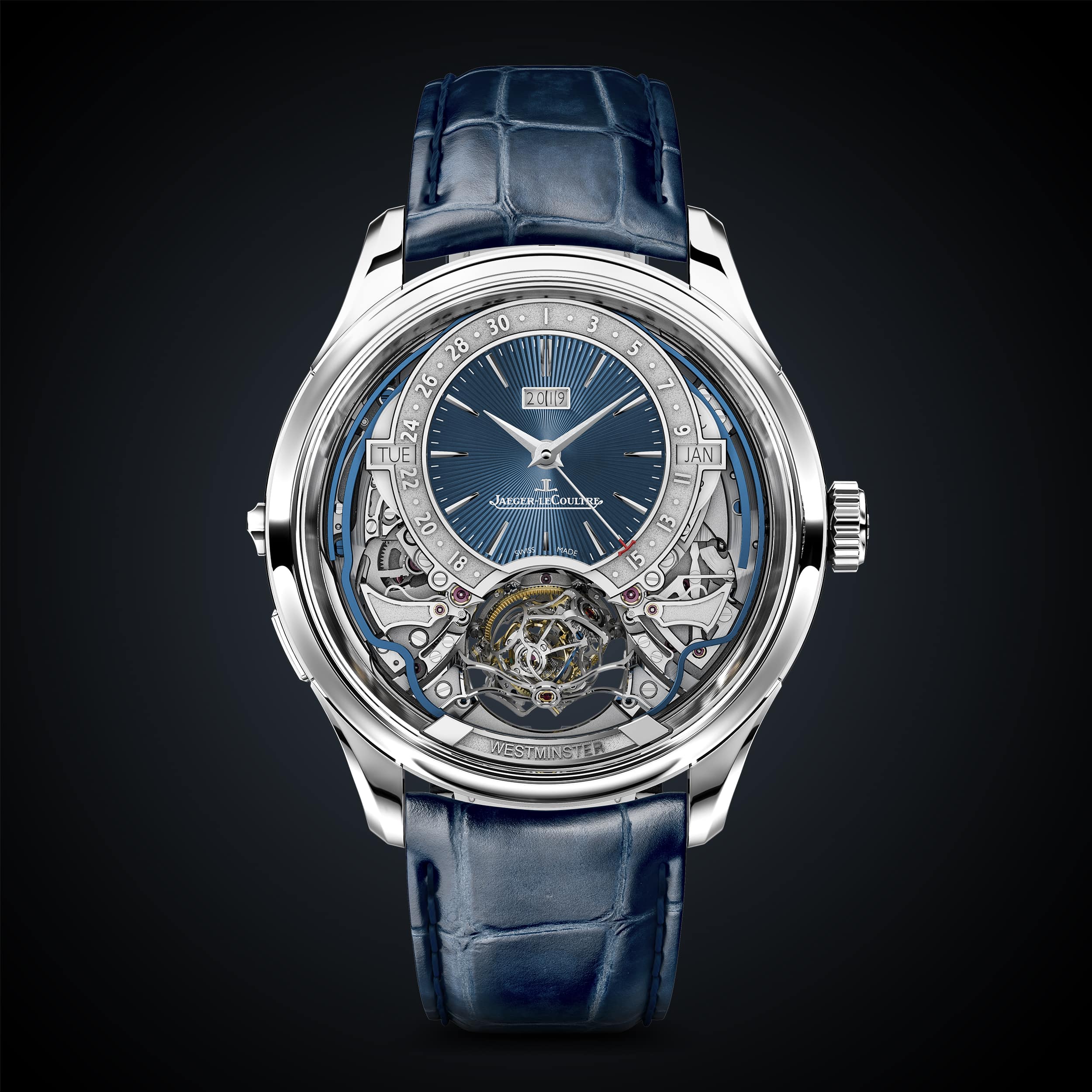 Jaeger-LeCoultre is a staple in the luxury watchmaking industry. Its appearance at SIHH 2019 is not surprising, given the long-standing history Jaeger-LeCoultre has with SIHH. Unfortunately, its iconic Reverso series is nowhere to be found this time as the Swiss watchmaker opts to introduce the Master Grande Tradition Gyrotourbillon Westminster Perpétuel.

This is the fifth multi-axis tourbillon from Jaeger-LeCoultre while featuring a size reduction on the redesigned tourbillon movement, making it easier to wear. The watch also features a Westminster carillon minute repeater, which replicates the chime of the Big Ben. The face takes up only a certain portion of the dial while the rest showcases a skeletonised body, revealing what goes on beneath the surface. 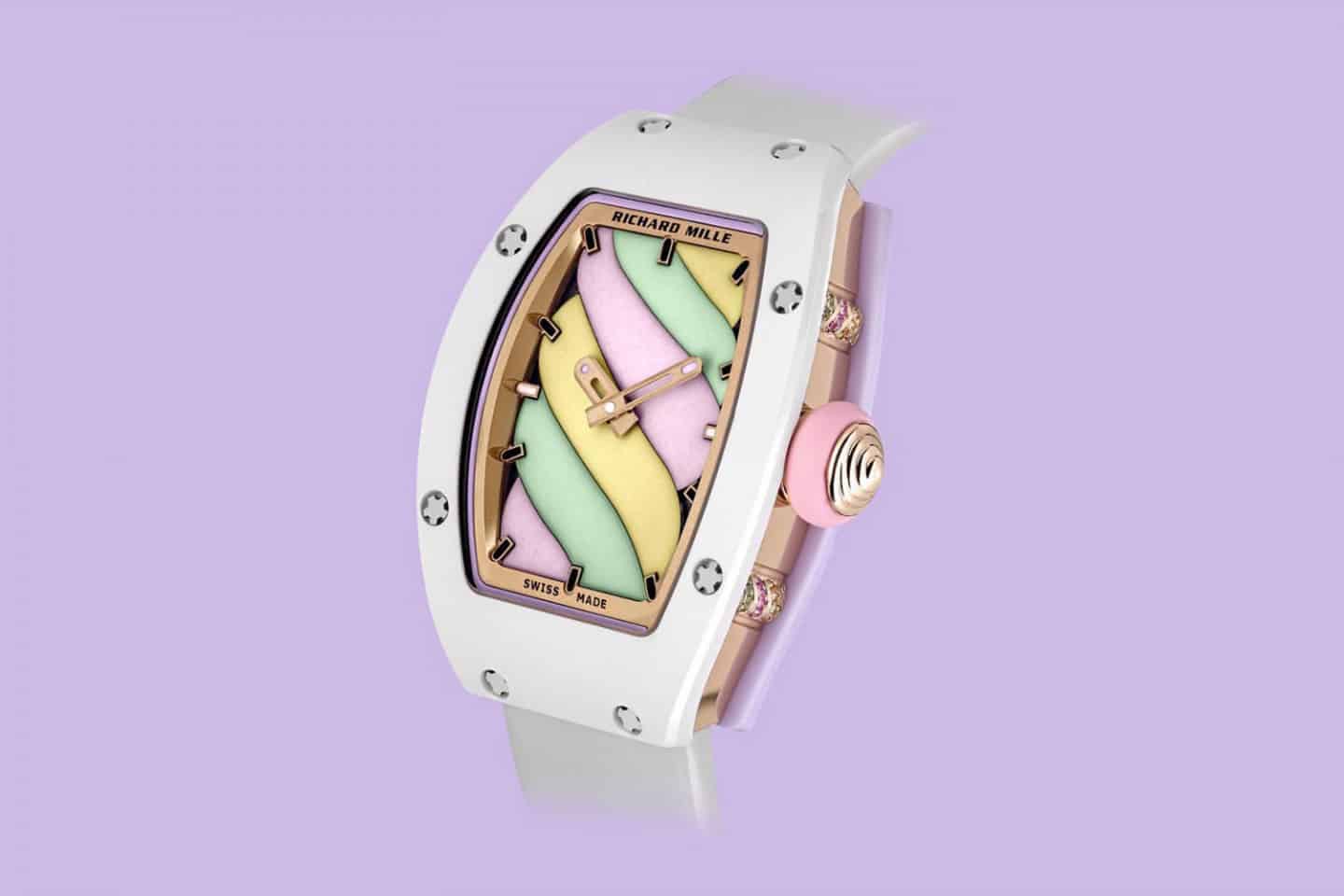 Richard Mille is another brand that is slated to part ways with SIHH once the 2019 edition is over, much like Audemars Piguet. Richard Mille is known for its extravagant designs and its latest collection is no stranger to it, dubbed “Bonbon”.

A total of 10 different pieces from the Richard Mille “Bonbon” collection was unveiled during SIHH 2019 with the entire range drawing inspiration from classic sweets from one’s childhood. This splits into two categories: Fruits and Sweets. The Fruits series comes with six different concepts of sweets ranging from Strawberry “RM 16-01”, Blueberry and Litchi (Lychee) “RM 07-03”, as well as Kiwi and Cherry “RM 37-01”.

All 10 timepieces will also feature two-tone ceramic cases with an emphasis on either vibrant enamel colouring or black-chromed titanium finishing. The watches also comes with distinctive miniature sculptures, which are scrupulously painted in acrylic and lacquered by hand. It is then topped off with a ‘sugar-coating’ effect, achieved by using powdered enamel and fine sand.

Jaeger-LeCoultre Luxury Watches Audemars Piguet Cartier Luxury Timepieces Roger Dubuis SIHH 2019 Cartier Santos
Wi-Liam Teh
Senior Writer
Wi-Liam is a geek at heart with a penchant for tattoos. Never without a drink in hand (preferably whisky, gin, or Guinness), he is also a writer by day and a keyboard warrior by night. On his day off, he masquerades as a streetwear and sneakerhead enthusiast while his bank account says otherwise.
Tech Cars Watches Entertainment Food Drinks