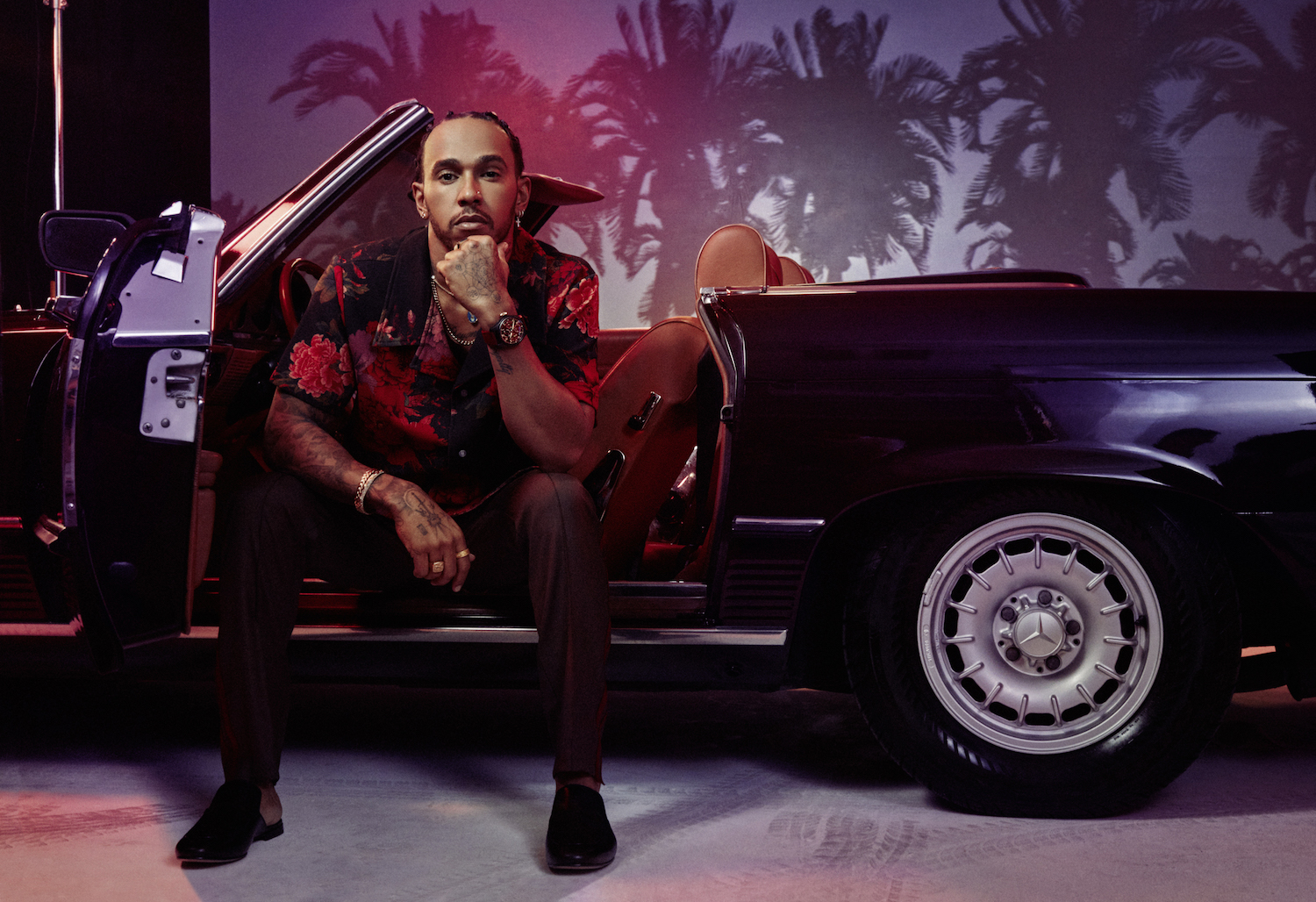 As a Formula One champion, Lewis Hamilton is used to living life in the fast lane. It’s one that’s centred around time and speed, and it was only a matter of time before the six-time world champion would put his mark on a watch that was befitting of his talent as a motorsport elite.

And so the IWC “Lewis Hamilton” Big Pilot’s Watch Perpetual Calendar Edition was born, a 100-piece limited edition timepiece that reflects not only his prowess behind the wheel, but also designing chops as a global style icon. It might be Hamilton’s first time co-designing a timepiece, but it certainly doesn’t show.

The fact that it was crafted in collaboration with IWC Schaffhausen meant that half the battle was already won. His favourite model, the Big Pilot’s Watch Perpetual Calendar, the special edition is easily recognisable with its black zirconium oxide ceramic case and a contrasting Bordeaux-red dial. The regal colourway is then accented by 18-carat 5N gold on its “cone crown”, hands, case-back, and rotor, giving the 46.5mm timepiece plenty of presence on the wrist.

“This partnership with IWC was incredibly exciting for me, and it’s been an honour to collaborate so closely with the watchmakers in Schaffhausen,” said Hamilton. “Together, we’ve designed a beautiful timepiece which combines two things I am really passionate about – craftsmanship and design – and I am so pleased with the result.”

Inside, the IWC 52615 manufacture calibre — with IWC’s own Pellaton winding system — reflects the same reliability as Hamilton’s performance on the track. Besides the usual date, day, month, and year, the high-end movement also features the leap year and a double moon phase display that accounts for both the northern and southern hemisphere. The latter is also accurate to 577.5 years, meaning you — and several generations after — won’t have to worry about readjustments.

Style IWC Watches Luxury Timepieces Lewis Hamilton Limited edition watch
Lifestyle Asia
Here's where you can read the latest news and stories from Lifestyle Asia and our sister titles PrestigeOnline and Augustman, curated from all of our editions in Hong Kong, Singapore, Kuala Lumpur, Bangkok and India.
Luxury