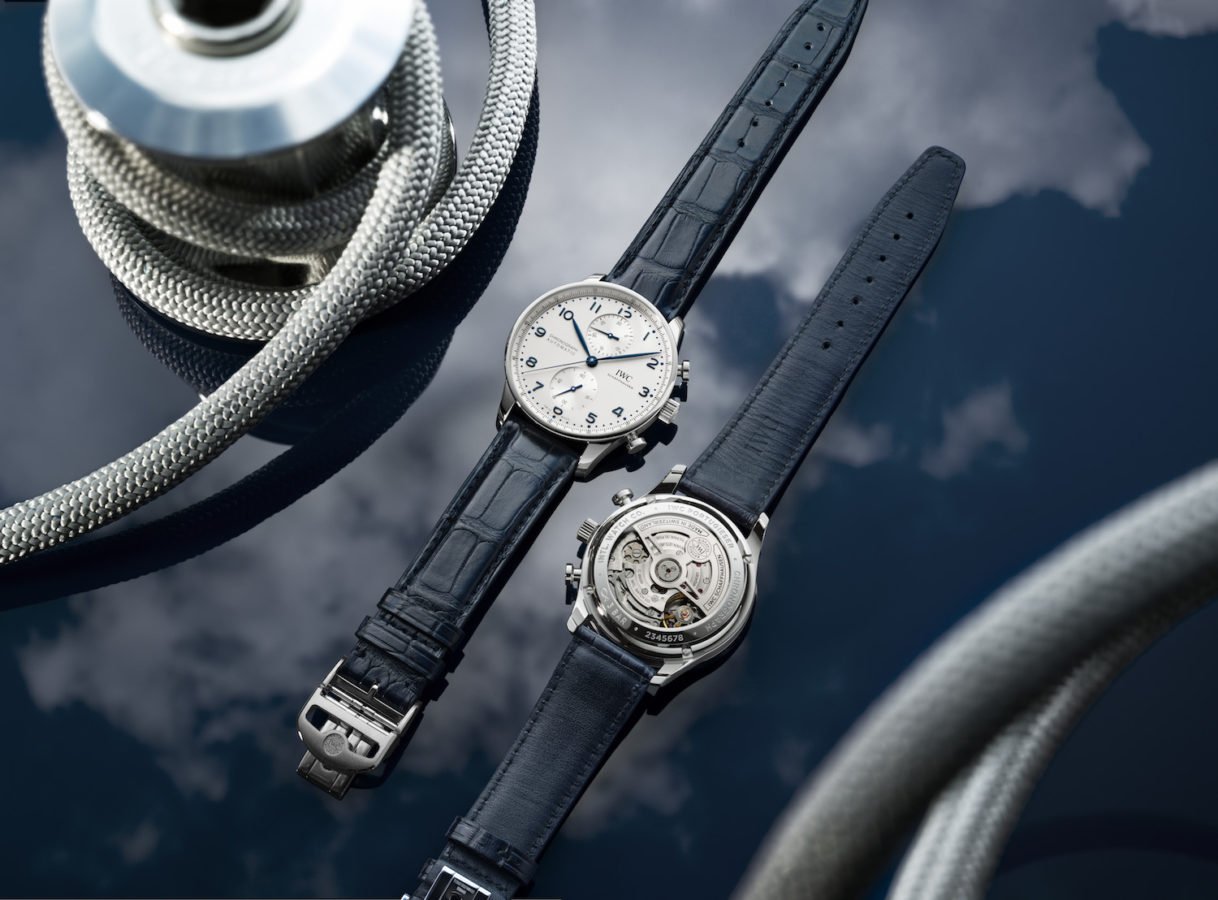 Despite having very little changes in design throughout its history, the popular IWC Portugieser Chronograph is finally undergoing a revamp.

The resoundingly successful watch was first produced in the 1990s, inspired by the design of the Portuguese rattrapante chronograph that preceded it. Its clear, functional dial boasted applied Arabic numerals and slender Feuille hands; it was not a watch that screamed for attention, especially not with its barely-there bezel. It’s a confidence thing, this watch, and chances are you’ll feel the same wearing this classic too.

Save for the occasional dial and hands colour update, the Portugieser Chronograph has been left well alone and that formula has clearly worked; IWC, however, wants to rock the boat a bit this year. You see, Portugieser Chronographs have always relied on supplied calibres, first Valjoux and then Sellita, before they were retuned in-house and fitted within. The firm has dabbled with in-house chronograph calibres by using the 89000 series chronograph movements previously, but the watches required even larger cases, which cut off customers who perhaps lacked in the wrist department.

This time, the original classic design will use the calibre 69355, which will not only allow it to retain its 41mm diameter but also make it less expensive than the aforementioned calibre 89361 version. In its stainless steel guise, the watch will come with silver, blue, or black dials, while the 18k 5N red gold model will see silver or black dials. The movement can be viewed through a transparent caseback, beating at 28,800 vph and with a power reserve of 46 hours.

The improved IWC Portugieser Chronographs are already available in stores and can be had for between an estimated S$11,000 to S$25,000, depending on the material.

Style IWC Watches Luxury Timepieces Chronograph watches
Shatricia Nair
Senior Writer
Shatricia Nair is a motoring, watches, and wellness writer who is perpetually knee-deep in the world of V8s, tourbillons, and the latest fitness trends. She is fuelled by peanut butter and three cups of coffee a day.
Motoring Wellness Watches