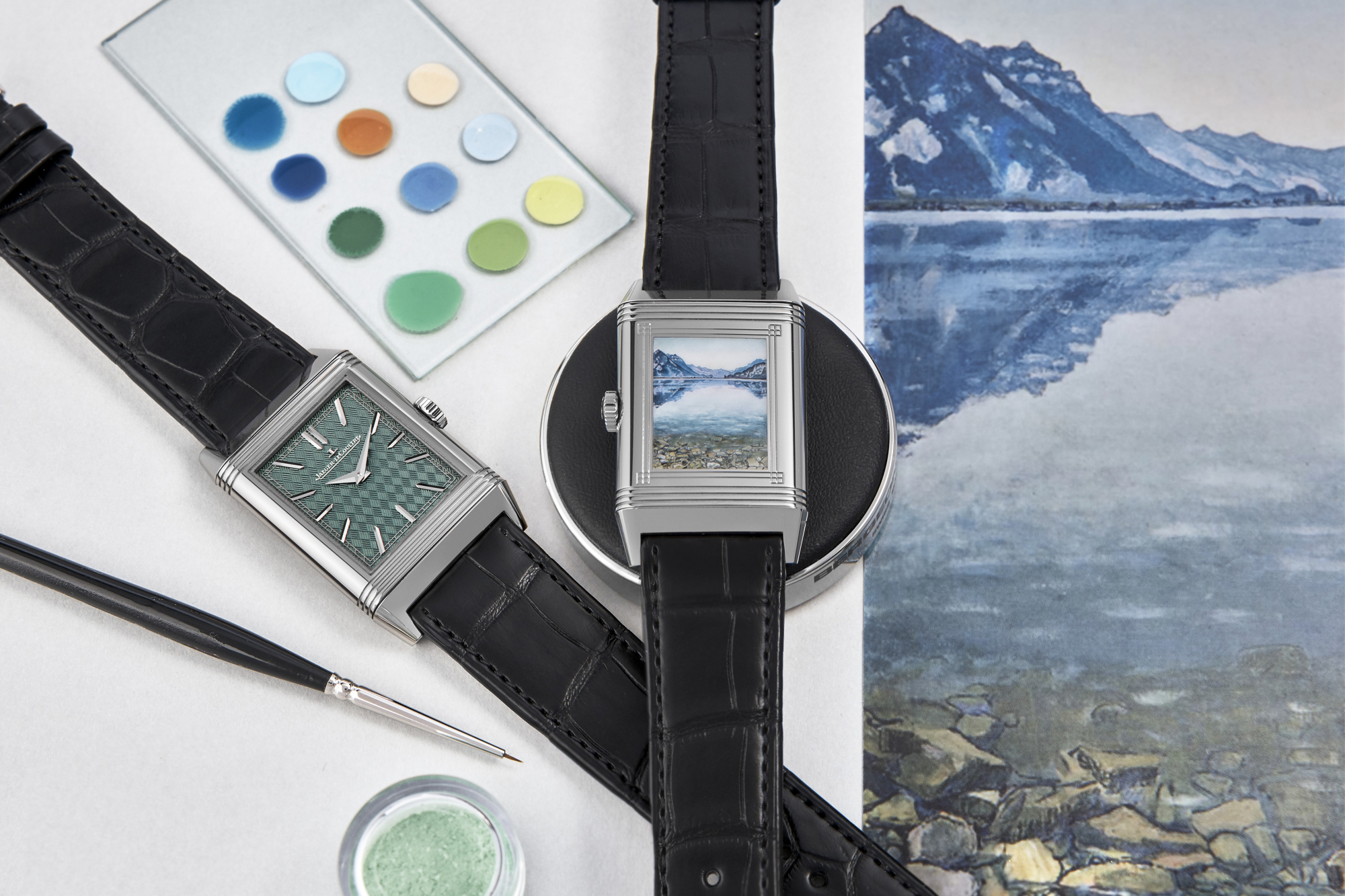 This year marks the 100th anniversary of Ferdinand Hodler’s death — one of the great Swiss painters of the 19th Century. He is best known for his portraits, figure compositions and landscape art and a personal style which he called ‘Parallelism’. This style was heavily influenced by symbolism and art nouveau; an expression of the rhythm and symmetry which he believed structured human society around him.

Many of the country’s museums and public collections will be celebrating the artist and showcasing his work over the course of the year, as it is very much seen as an embodiment of Swiss federal identity of the time.

It is therefore fitting that Jaeger-LeCoultre, in commemoration of Hodler’s passing, released a limited edition collection of watches that depicts beautiful scenery in Art Deco style on the back of their Reverso Tribute Enamel. After all, the luxury watch brand was founded in the Vallée de Joux in 1833 — amongst the lakes and mountains which Hodler had painted.

A white gold case was specially created to serve as a canvas for the enamel miniature whilst artisan enamellers spent more than fifty hours on each watch reproducing Hodler’s paintings as faithfully as possible. 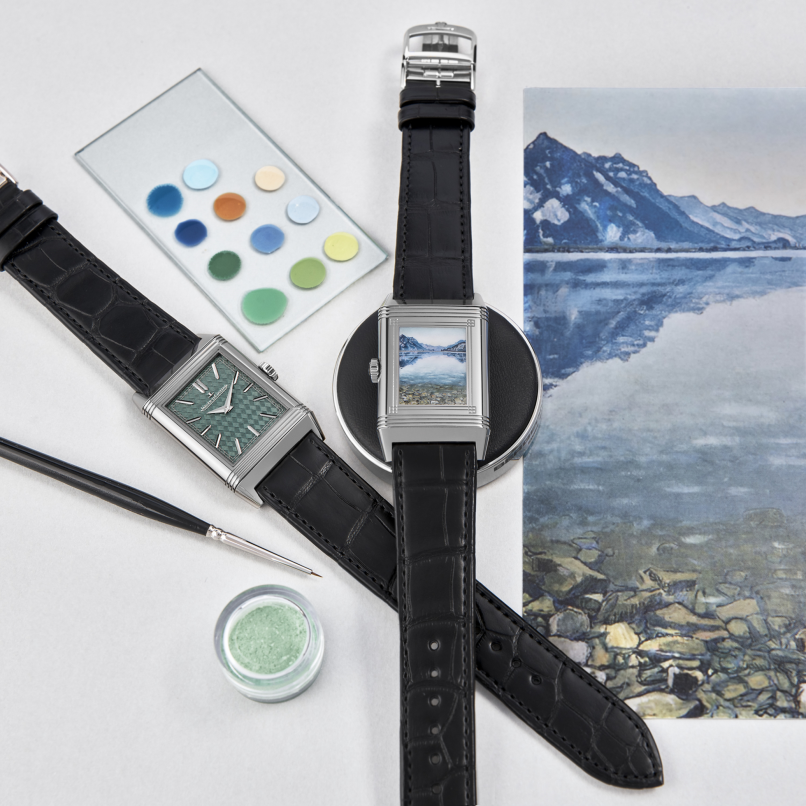 On the front of the piece, Jaeger-LeCoultre’s artisan guillocheur has embellished the dial with the help of a century-old machine requiring considerable expertise and years of experience. The dial’s small lozenges, is designed to create the illusion as though they have been weaved taking great finesse. The engraving was then covered in translucent enamel.

Here are the three models of timepieces, released with only eight limited editions each. 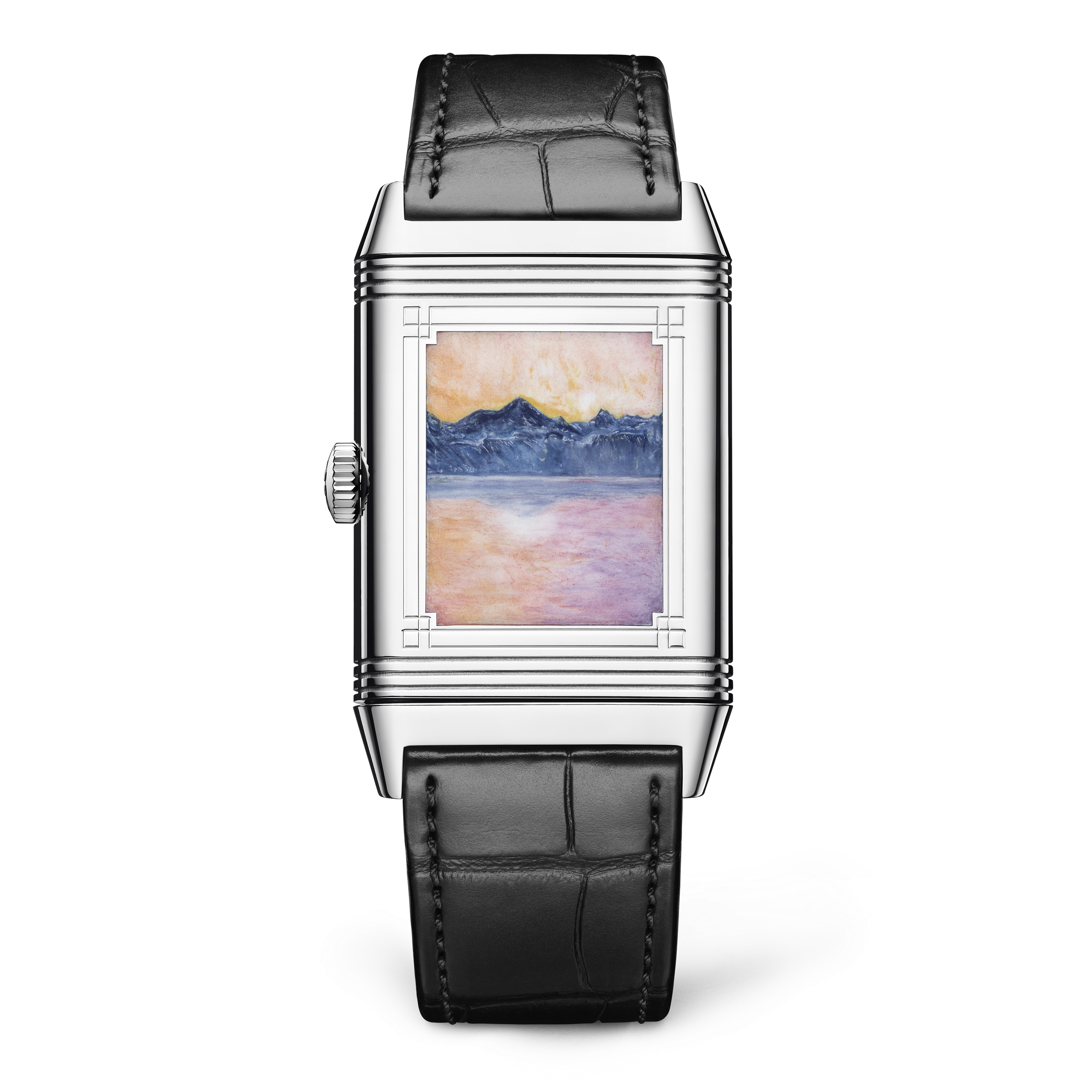 For this oil on canvas pice, obtaining the exact same pink and gold morning light was essential. A light and very tender grey was chosen for the front of the watch, harmonising with the painting’s colours. As sky and lake seem to blend, this painting’s interesting play of light was expressed through small spots of colour transcribing the landscape’s depiction of peace and quiet. 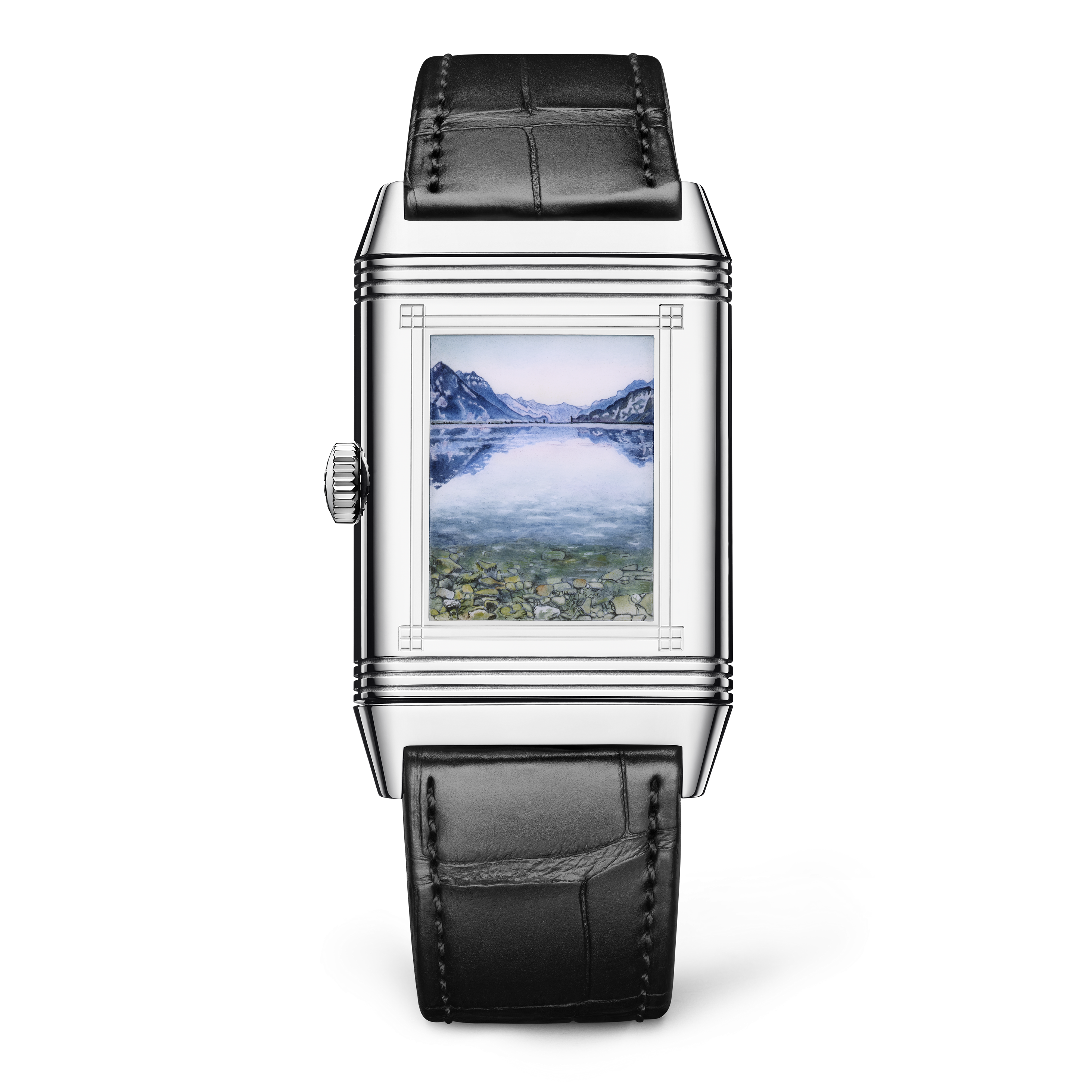 This painting gives prominence to a brighter scenery and the artisan’s work focused on the creation of blue shades that revealed the mountains. The way that the transparency of the water lets the rocks appear in a foreground of green shades is truly remarkable, and it inspired the enameller to seek out a pine green colour to decorate the dial on the front. This timepiece perhaps highlights Ferdinand Hodler’s typical work on symmetry. 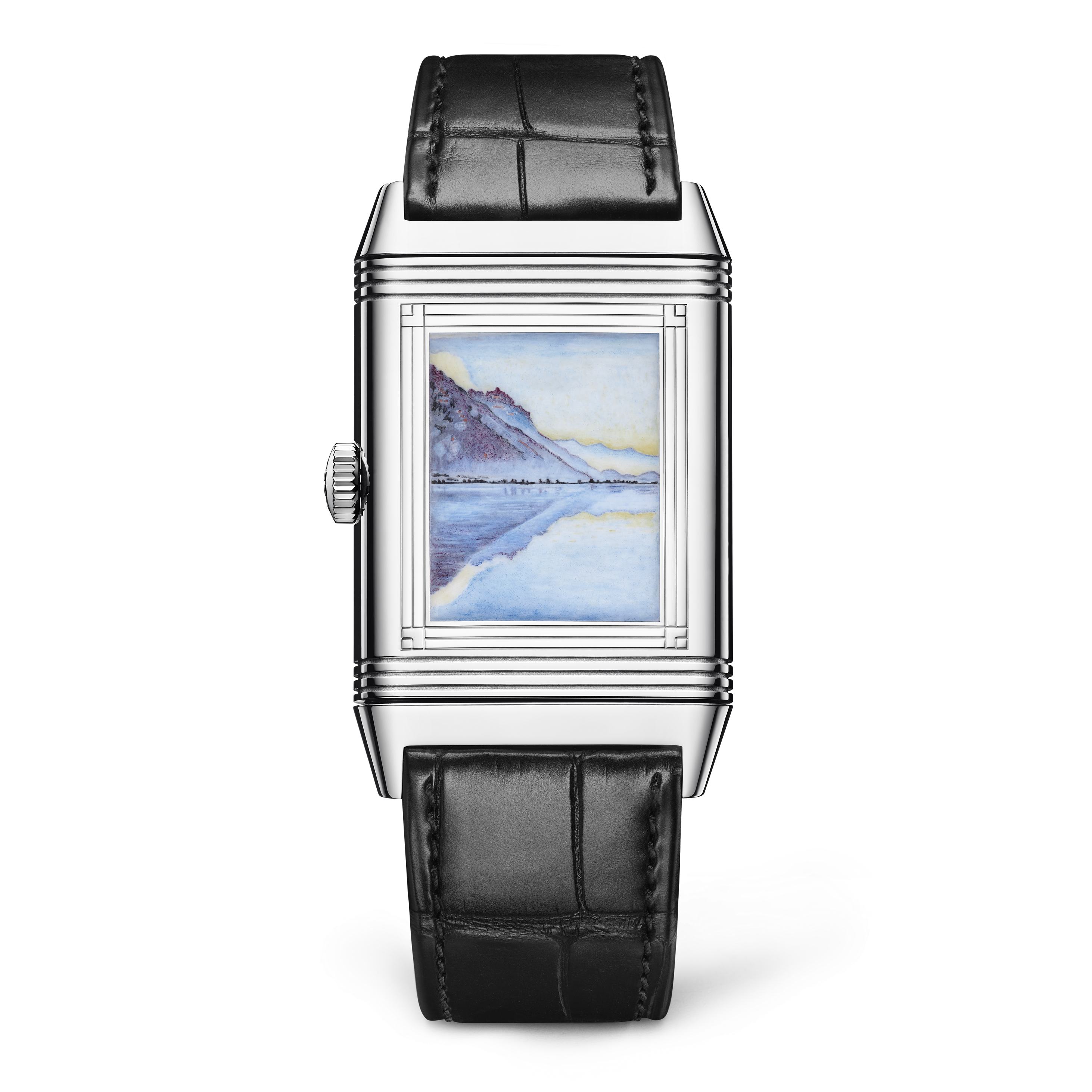 The third painting depicts the Alps mountains’ reflection in the water catching the last day light.The mirror effect and the blue and white shades’ softness call to mind the tranquillity of Lake de Joux. A translucent enamel in light sky blue was chosen to cover the guilloché.

Style
H.Moser and MB&F reveal two collaboration timepieces
Culture
Forget Hollywood — put these 6 Asian films on your watch list instead
Style
The ultimate Father’s Day gift guide for every type of dad out there
Travel
These hotels in KL are offering you a staycation at reduced rates
Beauty & Grooming
7 beauty influencers you need to follow on TikTok now
Food & Drink
France is planning to turn its surplus wine into hand sanitiser
Gear
Aston Martin brings back the iconic DB5 from James Bond’s Goldfinger
Living
Join ASICS for a Global Running Day Virtual Run 2020 with a good cause
Gear
The limited Maserati Levante Trofeo Launch Edition roars into Malaysia
Sign up for our newsletters to have the latest stories delivered straight to your inbox every week.