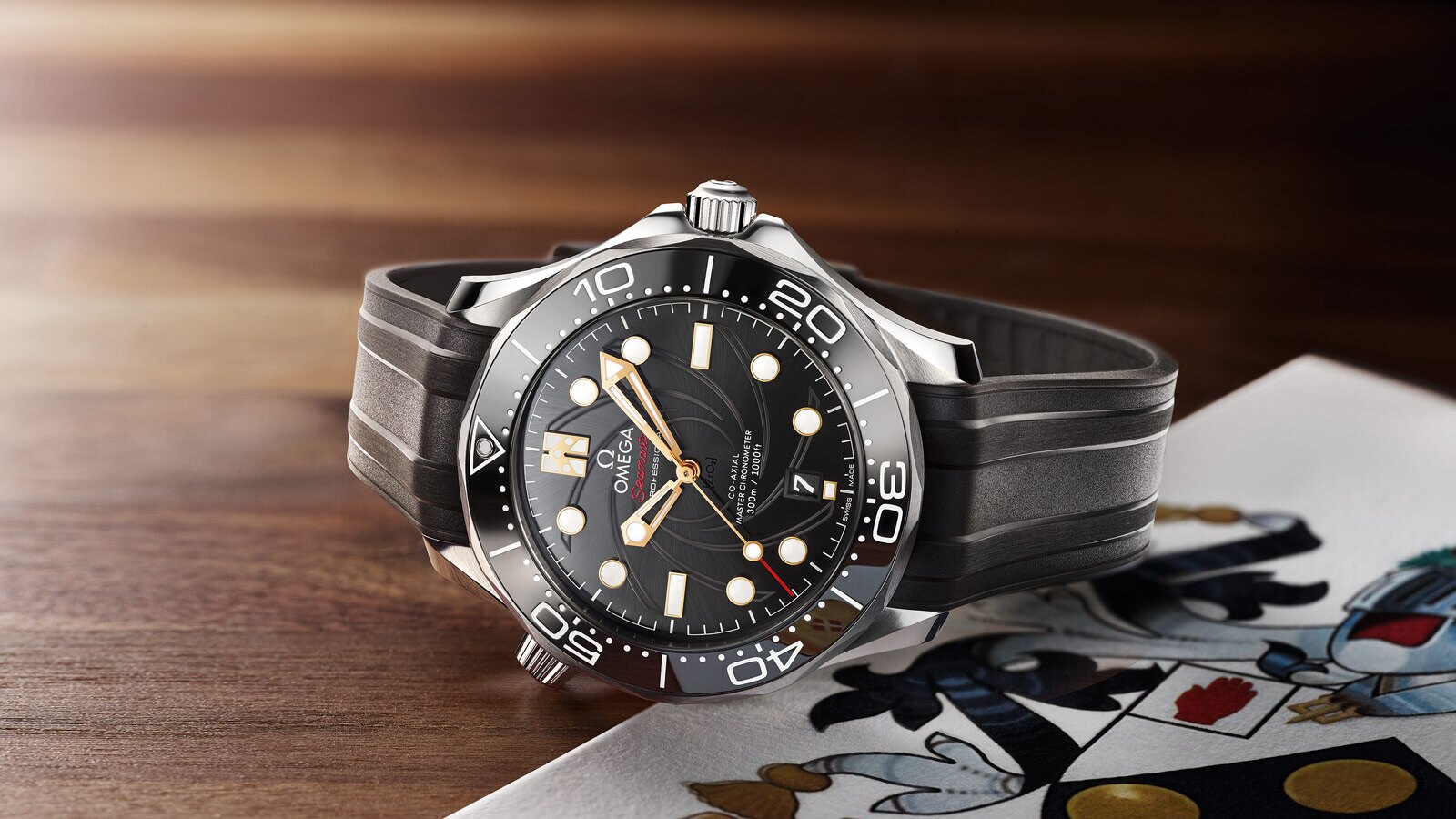 Ever so often, there will be whispers on what one can expect in the world of watches. Usually, it’ll be the latest releases and sometimes, limited-edition collaborations. That is the case with plenty of watches that we will be focusing on today. Jaeger-LeCoultre is one of the few who will be introducing a brand new Polaris Date, limited to only 800 pieces worldwide. While it may not be a Reverso, which Jaeger-LeCoultre is known for, the Polaris Date is one of its other popular models as well.

Omega is also another brand worth diving deeper as it unveils a new Seamaster Diver 300M in conjunction with the 50th anniversary of James Bond’s ‘On Her Majesty’s Secret Service’. With the latest James Bond film slated for a 2020 release, one can only hope for a new limited-edition timepiece from Omega.

Be sure to scroll on down to read more on what is happening in the realm of luxury watches. 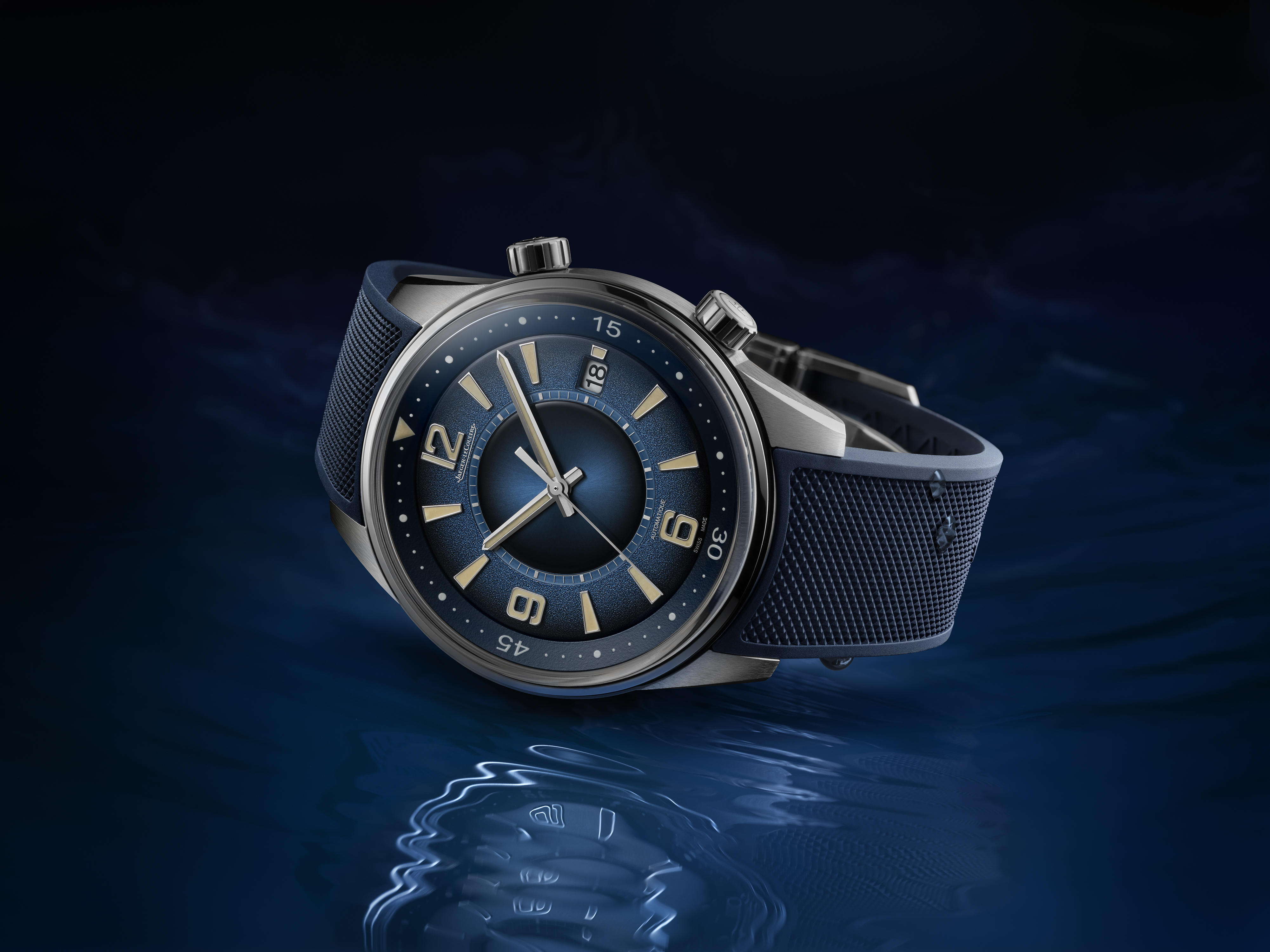 The Jaeger-LeCoultre Polaris collection made its debut at the Salon International de la Haute Horlogerie (SIHH) in Geneva last year to the enjoyment of its fans from around the world. Now, the Grande Maison is extending the Polaris line with a special creation: the Jaeger-LeCoultre Polaris Date. It’s limited to only 800 pieces worldwide and draws its inspiration from the 1970 Polaris II. The Polaris Date still maintains the same signature look of the collection with its stainless steel 42mm case with two prominent crowns — one adjusts the time and the other controls the rotating bezel. Inside rests a self-winding mechanical movement alongside the in-house Calibre 899A/1. At the back lies the Jaeger-LeCoultre crest, a scuba diving insignia, and the phrase “1,000 HOURS CONTROL”. This denotes the number of hours the watch went through testing before being sent out. The last inscription says “Limited edition – One of 800” near backing’s outer edge. 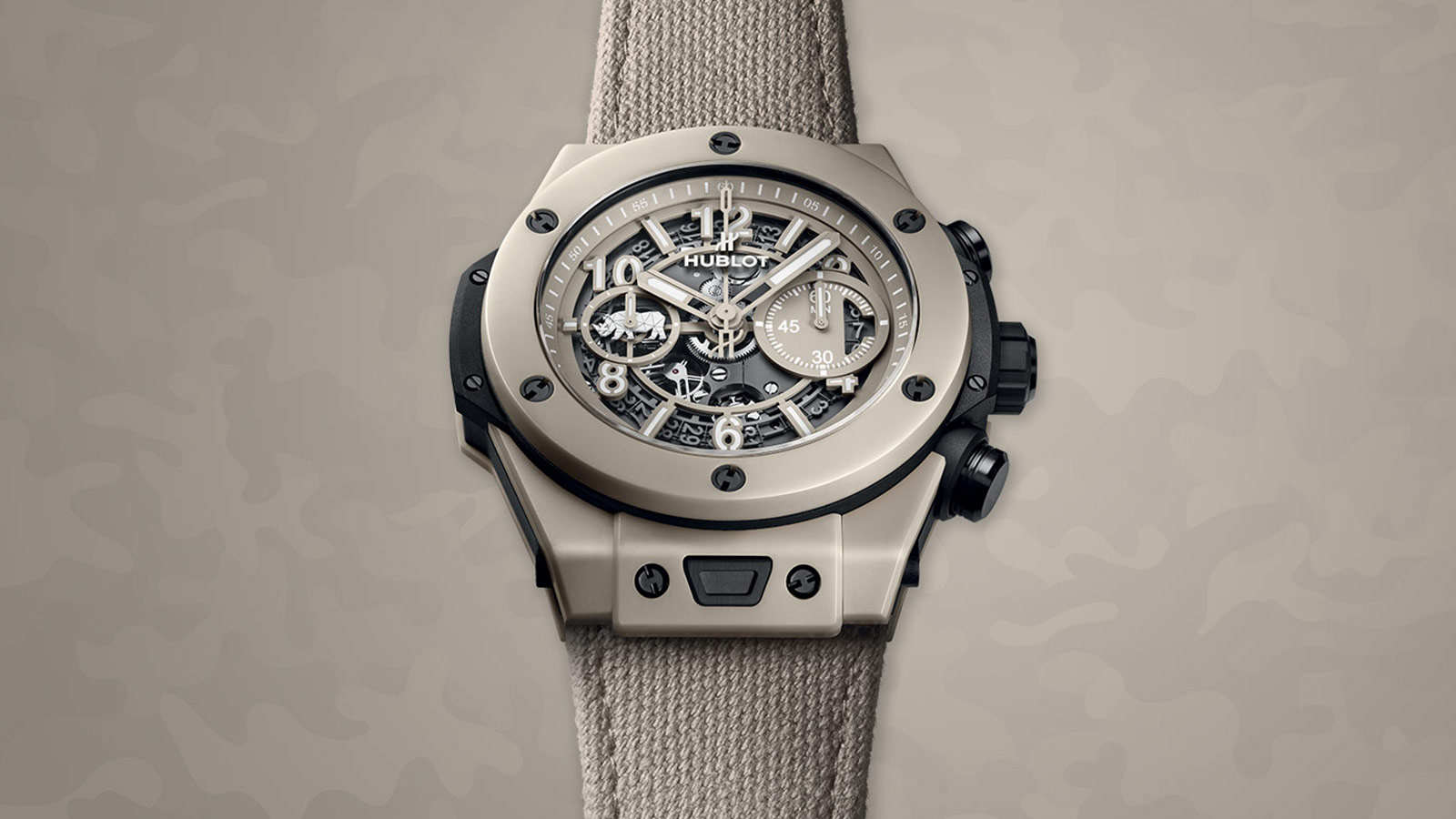 Hublot is known to have partnerships with plenty of sporting athletes as well as brands the world over. This time, it’s using its influence for a greater cause — the near extinction of rhinoceroses. The Hublot Big Bang Unico SORAI (Save Our Rhinoceroses Africa India) as well as former professional cricketer, Kevin Pietersen. Large portions of the sales from the watch will be directly paid to Care for Wild, which will take care of and protect orphaned baby rhinoceroses. Portions of the sales will also go towards the South African National Parks agency. This is to reinforce its nocturnal surveillance capabilities with airborne thermal intelligence tools. As for the watch itself, its a 45mm ceramic dial coated in the sandy, earthy tones of the African terrain. There is also a miniature image of a white rhinoceros. There will only be 100 pieces available worldwide with a sweet RM91,800 price tag. 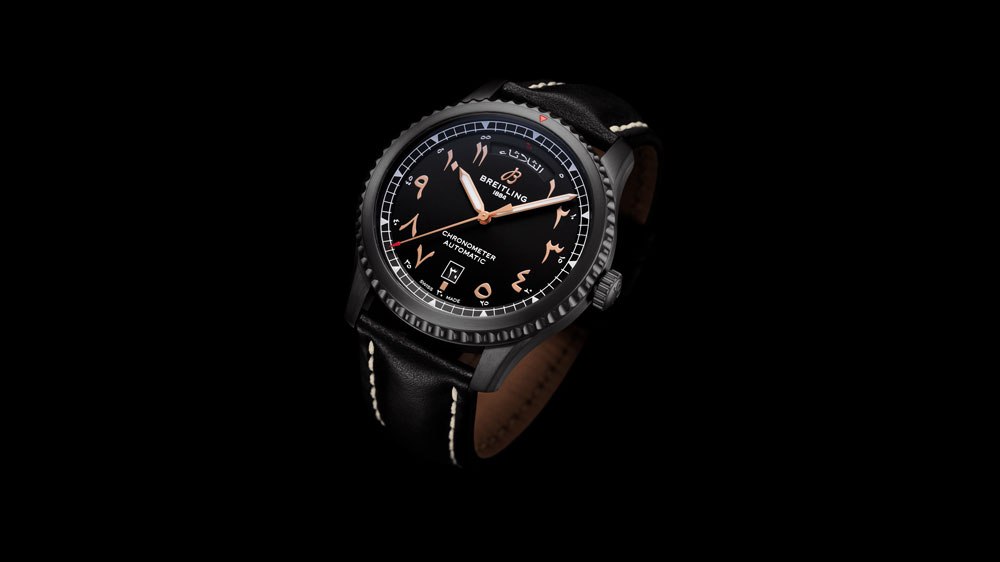 Swiss luxury watchmaker Breitling is well-known for its aviation timepieces. It recently unveiled its Breitling Navitimer 1 Airlines capsule collection, commemorating various iconic airlines. Etihad Airways, the national carrier of the United Arab Emirates is the latest airline to be a part of Breitling with the new and exclusive Aviator 8 Day & Date 41 Limited Edition. The 41mm steel case with a stainless steel dial bears a striking contrast with the gold-coloured numerals alongside the matching gold hands while Eastern Arabic numerals make up the rest of the dial. At the hear is the Breitling Caliber 45 automatic movement, which has over 40 hours of power reserve while also being a COSC-certified chronometer. There are only 500 pieces worldwide as part of a 3-year role for Etihad Airways in being the official sponsor and timekeeper. 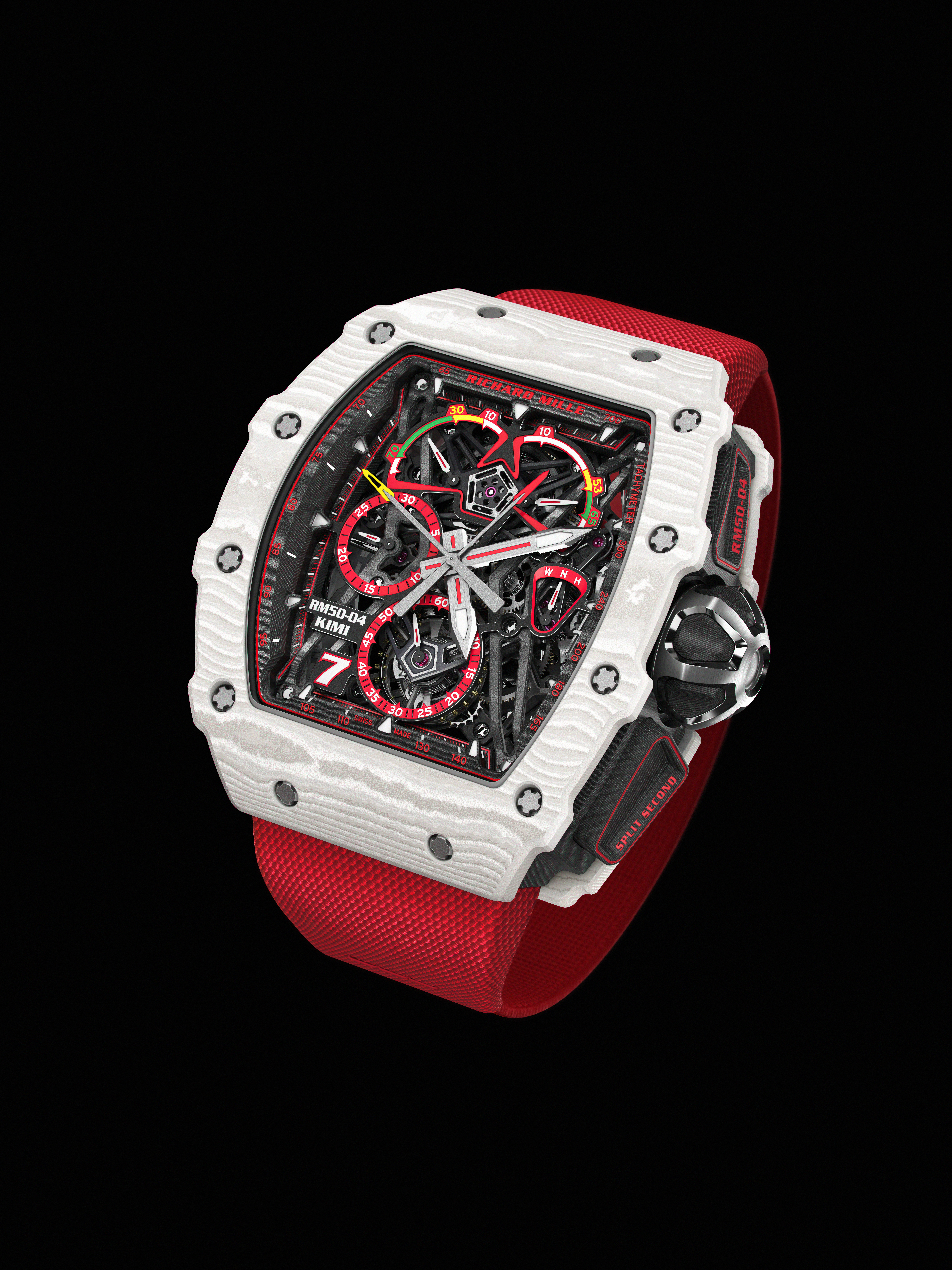 Kimi “Iceman” Räikkönen is the most successful Finnish Formula 1 driver with 21 wins and 103 podium finishes. With Richard Mille supporting his team, Alfa Romeo Racing since 2018, Räikkönen first entered the world of Richard Mille when he was signed by the Swiss manufacturer in 2018. The RM 50-04 Tourbillon Split-Seconds Chronograph Kimi Räikkönen defines the seasoned veteran in every way, shape, and form. It’s fitted with grade-5 titanium alongside a carbon TPT movement, allowing it to weight just seven grams. It houses the RM 50-03 calibre with the split-seconds chronograph tourbillon and 70-odd hours of power reserve. As with many Richard Mille limited-edition timepieces, there will only be 30 pieces of the highly exclusive RM 50-04 Tourbillon Split-Seconds Chronograph Kimi Räikkönen.

It’s safe to say that 2019 has been an exciting year for Omega, celebrating 50 years of its iconic Moonwatch. Omega is also very fond of James Bond, donning the wrist of everyone’s favourite 007 for over 50 years. With the upcoming new Bond film slated for a 2020 release, Omega introduced a new and limited-edition Seamaster Diver 300M. This is also perfectly timed in honour of 50 years since the release of ‘On Her Majesty’s Secret Service’, the fifth James Bond film. The robust 42mm stainless steel case houses some neat surprises like 18K yellow gold hands, indexes, the Bond family coat-of-arms at 12 o’clock, and the Limited Edition plate on the side of the case. The dial of the watch pays homage to the iconic gun barrel design, which is spiral-brushed black ceramic. There are only 7,007 pieces available and will come with its own 007 presentation box.

Omega Hublot Jaeger-LeCoultre Breitling Etihad Airways Richard Mille
Wi-Liam Teh
Senior Writer
Wi-Liam is a geek at heart with a penchant for tattoos. Never without a drink in hand (preferably whisky, gin, or Guinness), he is also a writer by day and a keyboard warrior by night. On his day off, he masquerades as a streetwear and sneakerhead enthusiast while his bank account says otherwise.
Tech Cars Watches Entertainment Food Drinks