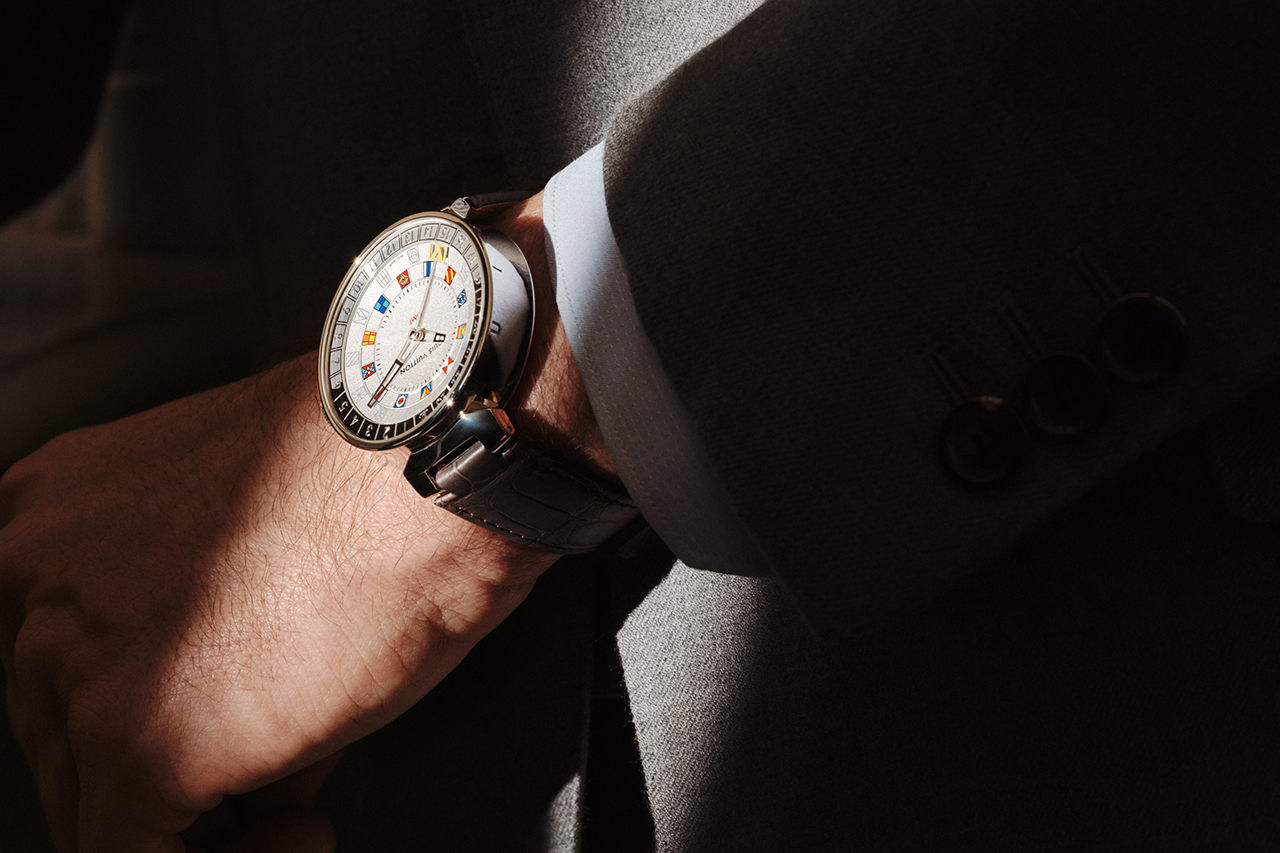 Louis Vuitton’s latest Tambour watches prove that the brand is on par with other prestigious watchmakers.

It’s easy to dismiss fashion brands who’ve dipped their toes into the no-nonsense world of watches but you’ve got to give Louis Vuitton mad props for trying.

This year, the luxury giant’s lineup of luxury watches will continue expanding with two new timepieces for the Tambour series, both bearing the same attention to detail and Swiss-led expertise that have made the collection the success it is today.

First launched in 2002, the Tambour series (whose name is French for “drum”) has become the vessel for a number of mechanical complications over the years, even appearing in a digital guise because #millennials.

The Tambour Curve Flying Tourbillon Poinçoin de Genève is one of the two slated to freshen up the collection in 2020, and might just be Louis Vuitton’s biggest flex of the year. At 46mm, the watch is already a sheer presence for the wrist, only this time the case is rendered in a carbon-fibre composite called CarboStratum instead of the usual steel, gold, and everything in between. This complex construction requires 100 sheets of carbon fibre to be carefully compressed and milled, a process which reveals a unique pattern that brings to mind iridescent shot silk. A titanium inner case and sandblasted titanium lugs complete the broodingly dark timepiece.

But it’s really the dial (or lack thereof) that steals the show here. Branding has been integral to Lous Vuitton since the early days of its trunks and so has included its famous monogram to the intricate skeletonised structure. Because the calibre LV 108/9 within is manufactured at La Fabrique du Temps in Geneva, it’s qualified to carry the prestigious Geneva Seal if you needed to justify the credibility of your watch to other collectors.

Louis Vuitton also pays homage to the moon and the concept of travelling trunks with the Tambour Moon Dual Time watch. Crafted with a partial curve on the case to reflect the delicate arc of a crescent moon, the timepiece inspires plenty of wanderlust with richly coloured flags that once adorned the firm’s famous trunks, although monogrammed florals are also an option if you’re still into that logomania.

As a GMT watch, this timepiece will fit right into the wardrobes of the well-heeled traveller. The concaved sunray-brushed or shot-blasted dial sees a 24-hour time zone display and a bi-coloured flange which legibly indicates both the home and local time. All new models in this collection feature a quartz movement in the brand’s attempt to make this complication — and timepiece — accessible to any discerning jet-setter today.

Style Watches Louis Vuitton Luxury Timepieces skeletonised watches New watches 2020
You might also like ...
Style
Vacheron Constantin shows off its feminine side with Égérie
Style
Zenith’s latest women’s collection is as dazzling as the starry night sky
Style
Matte no more: Bulgari drops new satin-polished Octo Finissimo models
Style
WatchTime LA makes its official debut amidst a sea of exclusive timepieces
Shatricia Nair
Senior Writer
Shatricia Nair is a motoring, watches, and wellness writer who is perpetually knee-deep in the world of V8s, tourbillons, and the latest fitness trends. She is fuelled by peanut butter and three cups of coffee a day.
Motoring Wellness Watches