Here are the latest luxury diving watches to covet in 2019

Luxury diving watches are one of the most sought after pieces in the luxury watchmaking industry. What makes these timepieces so attractive are its sleek, clean lines as well as its practicality in various multitudes. If both SIHH and Baselworld are of any indication, the market for diving watches is not dying out anytime soon.

Some common names who are pioneers in diving timepieces include Panerai and Rolex. As seen on the various iterations, diving watches call for a thicker case and glass to withstand the pressure of deep sea diving. It will almost always have a rotating bezel while its dial is luminous for easier reading in darker areas of the ocean.

There are many reasons diving watches are highly desired. Investment is one as the value of these luxury timepieces would appreciate over time, making it a viable business decision for the long run. However, one would have to look into the exclusivity of some of these watches with its own unique movements that make the watch tick.

Of course, you don’t necessarily have to be a pilot or a deep sea diver to invest in such a timepiece. Sometimes it’s the appreciation of a luxury watch alone that is enough to seal the deal. Scroll down below to read on about some of the best luxury diving watches of 2019 for you to look out for.

Style
Who is the holy trinity of watches in haute horlogerie? 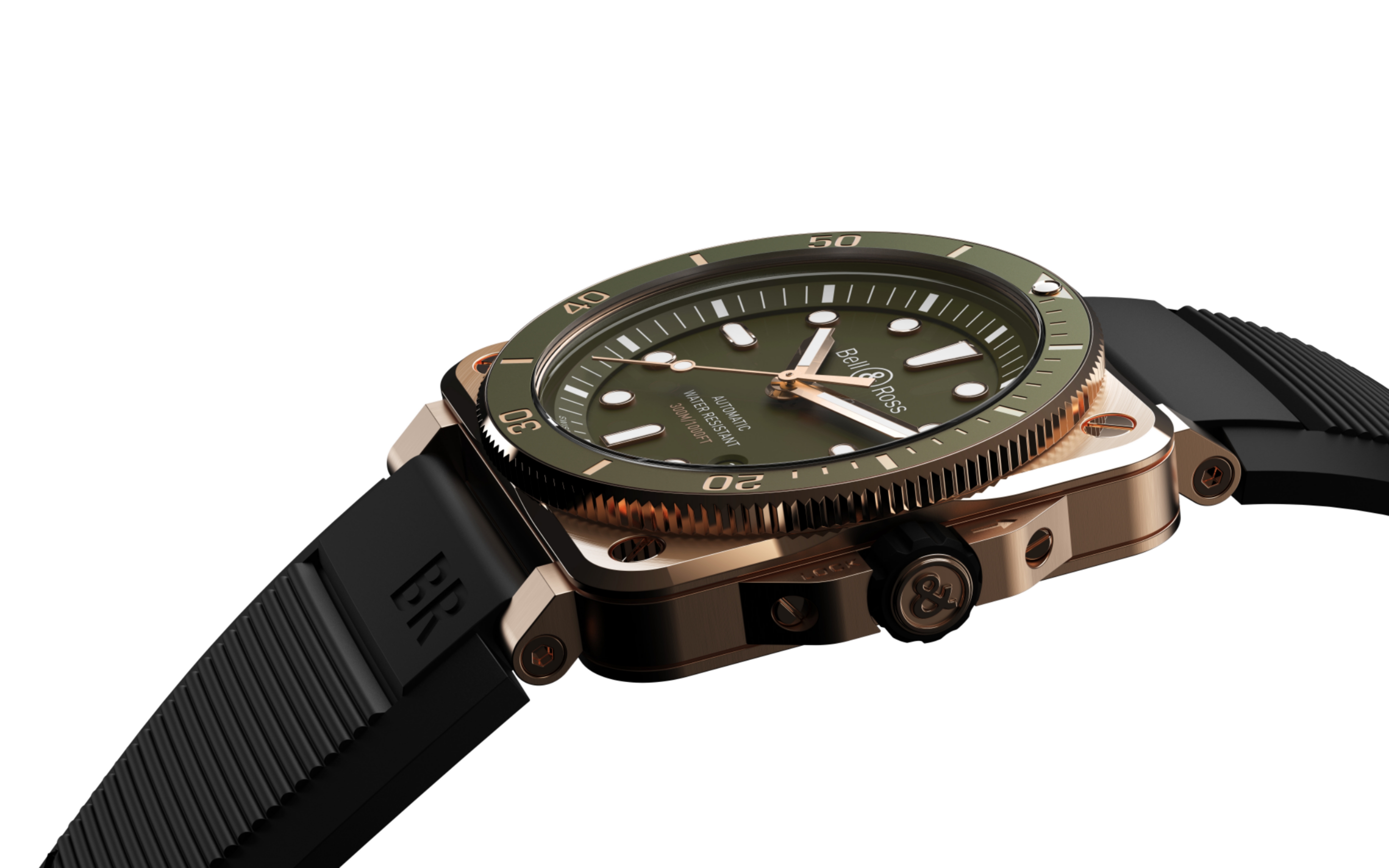 Bell & Ross is known throughout as being heavily invested when it comes to both aviation and diving timepieces. The French luxury watchmaker introduces its latest additions to the BR03 Diver collection with the BR03-92 Diver in Black Matte and Bronze Green. The watch harkens back to the early days of underwater exploration, which is evident on the case-back with the engravings of a 1940s diver. The dial itself is compliant with diving and military requirements while its draped in a monochromatic olive shade that is perfectly readable during the day and night. Both the case and bezel are made purely out of bronze, which will form a patina over time and thus, giving it a unique shade. 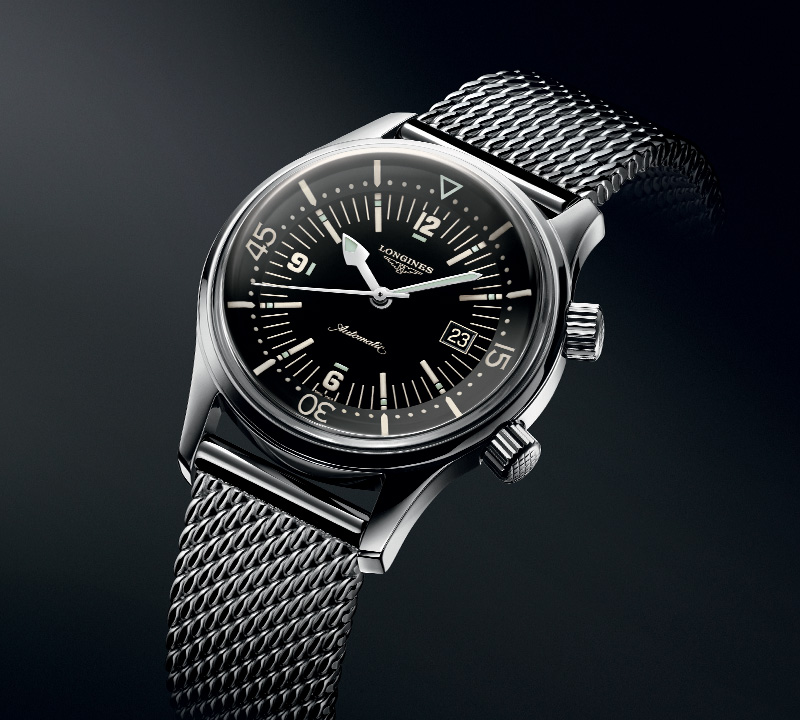 Longines is a Swiss luxury watchmaker known for its various aviation and deep-sea diving timepieces. Its Legend Diver watch is a reimagined classic that combines its original beauty with modern-day watchmaking technology. As for the Longines Legend Diver, it comes in a stainless steel case while its bezel is a rotating bi-directional. There is also an internal diving flange with a screw-in crown, making it your atypical diving watch. Its glass is a scratch-resistant sapphire crystal with several layers of anti-reflective coating on the underside of the watch. Aside from a day-date window on the 3 o’clock, the Longines Legend Diver is water resistant up to 300m. 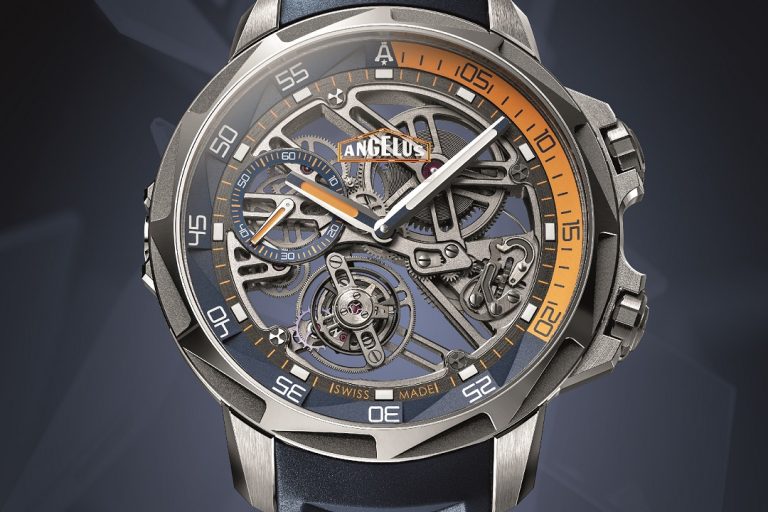 The Angelus U51 Diver Toubillon is unlike your conventional luxury diving watch. While it meets all the criteria to being very much like its competitors, it also strays away from the typical design aesthetics. It’s intended as a high-performance sports watch but also has a skeletonised movement, which has been carefully decorated with sandblasted finishing. On its 45mm titanium case resides two large screw-down crowns positioned at the 2 o’clock and the 4 o’clock. The former is used to rotate the uni-directional 60-minute rotating bezel while the latter winds and adjusts the time. On its 9 o’clock resides the watch’s helium valve escape, which will ensure the it can dive up to a depth of 300 metres.

If you’re looking for an all out, true to its core diving watch, the Reservoir Hydrosphère is one such timepiece. There are only three variations available – Blackfin, Blue Hole, and Air Gauge. This talks about the three different colour shades of its dial, which go from black, blue, and white. The design of the Reservoir Hydrosphère is inspired by the pressure gauge of the first tool divers while its display features jumping hours and retrograde minutes. As it doesn’t fit into the mould of your typical luxury diving watches designs, that is what makes the Reservoir Hydrosphère a standout from the rest. There is also a uni-directional bezel as well as helium relief valve with a power reserve indicator at the bottom half of the watch. 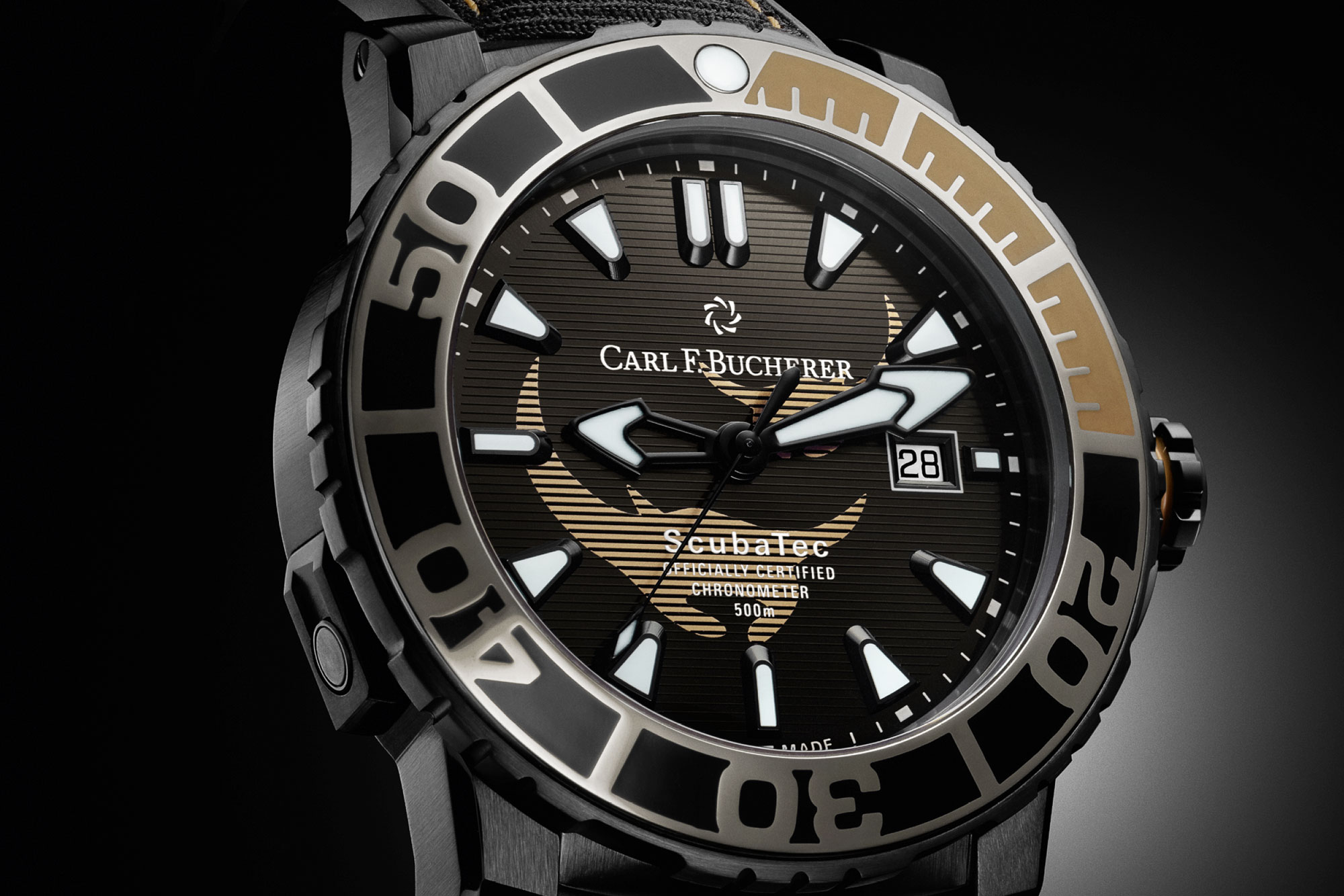 A Swiss haute horlogerie watchmaker, Carl F. Bucherer makes complex mechanical timepieces in small quantities to maintains its exclusivity. The Patravi Scubatec Black Manta is the second special edition Carl F. Bucherer has created in support of Man Trust, a UK-based charity with the aim of conserving the oceans as well as protecting the manta rays. Its a COSC-certified chronometer with its design inspired from the black manta ray, which is evident on its DLC-coated titanium case and a detailed black manta ray engraving. The watch itself is water-resistant to 500 metres with a screw-down crown and a helium relief valve. Even its innovative textile strap is made out of recycled PET bottles with a bronze-coloured contrast stitching.

Omega Longines Carl F. Bucherer Diving Watches reservoir angelus
Wi-Liam Teh
Senior Writer
Wi-Liam is a geek at heart with a penchant for tattoos. Never without a drink in hand (preferably whisky, gin, or Guinness), he is also a writer by day and a keyboard warrior by night. On his day off, he masquerades as a streetwear and sneakerhead enthusiast while his bank account says otherwise.
Tech Cars Watches Entertainment Food Drinks