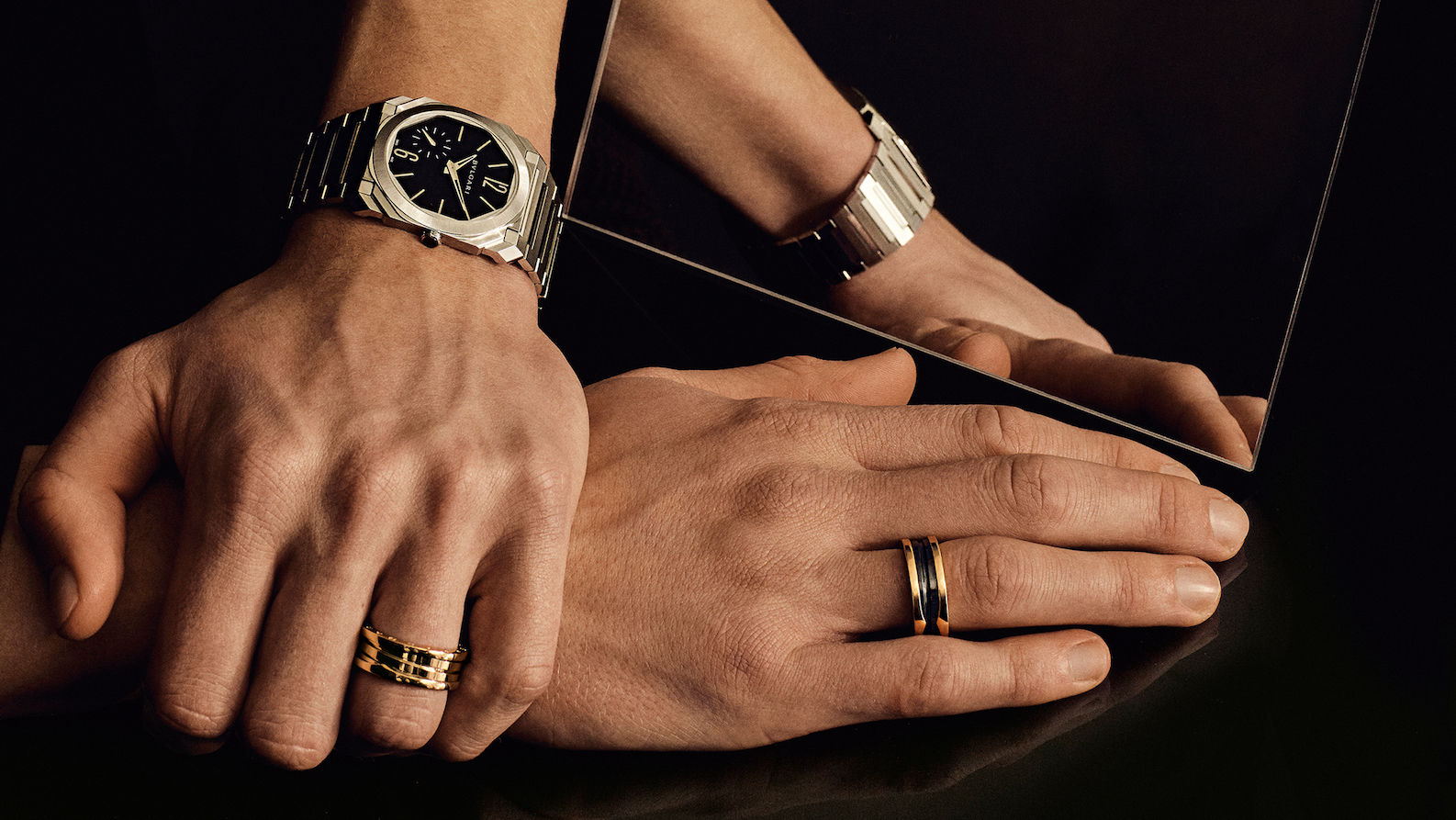 On Day 1 of the inaugural LVMH watch fair in Dubai, Bulgari released two satin-polished versions of their popular Octo Finissimo — the thinnest self-winding time-only wristwatch in the game, and a strong contender for the mantle of ‘most likely future classic’.

For horological enthusiasts, LVMH Watch Week has (to put it mildly) been an extremely early Christmas present. The burgeoning watch industry event– a joint effort between Zenith, Bulgari, Hublot, and TAG Heuer — wrapped today, following 48 hours of back-to-back product launches at the Bulgari Resort Dubai. Despite showing early in the proceedings, Bulgari dominated much of the conversation on the ground and over social media. Not only has the company invested heavily in advanced ladies watches this year, but also added five models to its Octo Finissimo lineup — including, for the first time, a variant in steel.

Alongside a significantly dressier execution in 18k rose gold, the steel Octo Finissimo Automatic is essentially a straight-up remake of the original titanium Octo released in 2017, down to the 40mm case and ultra-thin automatic movement (albeit now with a dynamic, mirror-polished finish).

The new case departs from the matte, muted aesthetic — a conscious choice on Bulgari CD Fabrizio Stigliani’s part — that is typical of most Octo Finissimo models, and instead alternates between polishing and sandblasting in order to achieve an impact closer to what you’d expect from a modern sports watch. (That contrast is particularly evident in the bracelet’s links and edges.)

In every other respect, the Octo Finissimo Satin-Finished is the same watch collectors have come to be familiar with over the past few years. The case still wears large and sits close to the wrist — in part due to the 36.6mm movement — yielding an extremely svelte profile that makes this an ideal ‘sportorial’ option.

Conversely, the rose gold model is very much a dress watch — injected with a big dose of Bulgari’s trademark Roman design. An integrated strap in alligator leather dampens the original Octo’s seamless, almost architectural vibe; and though the overall package is an excellent dress watch in its own right, gets away from the essential characteristics that many collectors look for in the Finissimo line.

Both versions of the new satin-polished Octo are powered by the calibre BVL138: still considered one of the thinnest self-winding time-only movements in the industry. As you can see in the gallery above, its 2.23mm thickness is possible thanks to the use of a micro-rotor for energy generation. Despite that, the watch boasts a fairly impressive 60-hour power reserve — operating at a steady rate of 21,600 vph.

Style Watches Bulgari LVMH Watch Week New watches 2020
Randy Lai
Editor
Having worked in the Australian digital media landscape for over 5 years, Randy has extensive experience in men's specialist categories such as classic clothing, watches and spirits. He is partial to mid-century chronographs and a nice chianti.
Style Watches Drinks Tailoring Travel
Sign up for our newsletters to have the latest stories delivered straight to your inbox every week.

Glamming up the ‘Art of Fusion’ at HUBLOT Watch Academy 2019