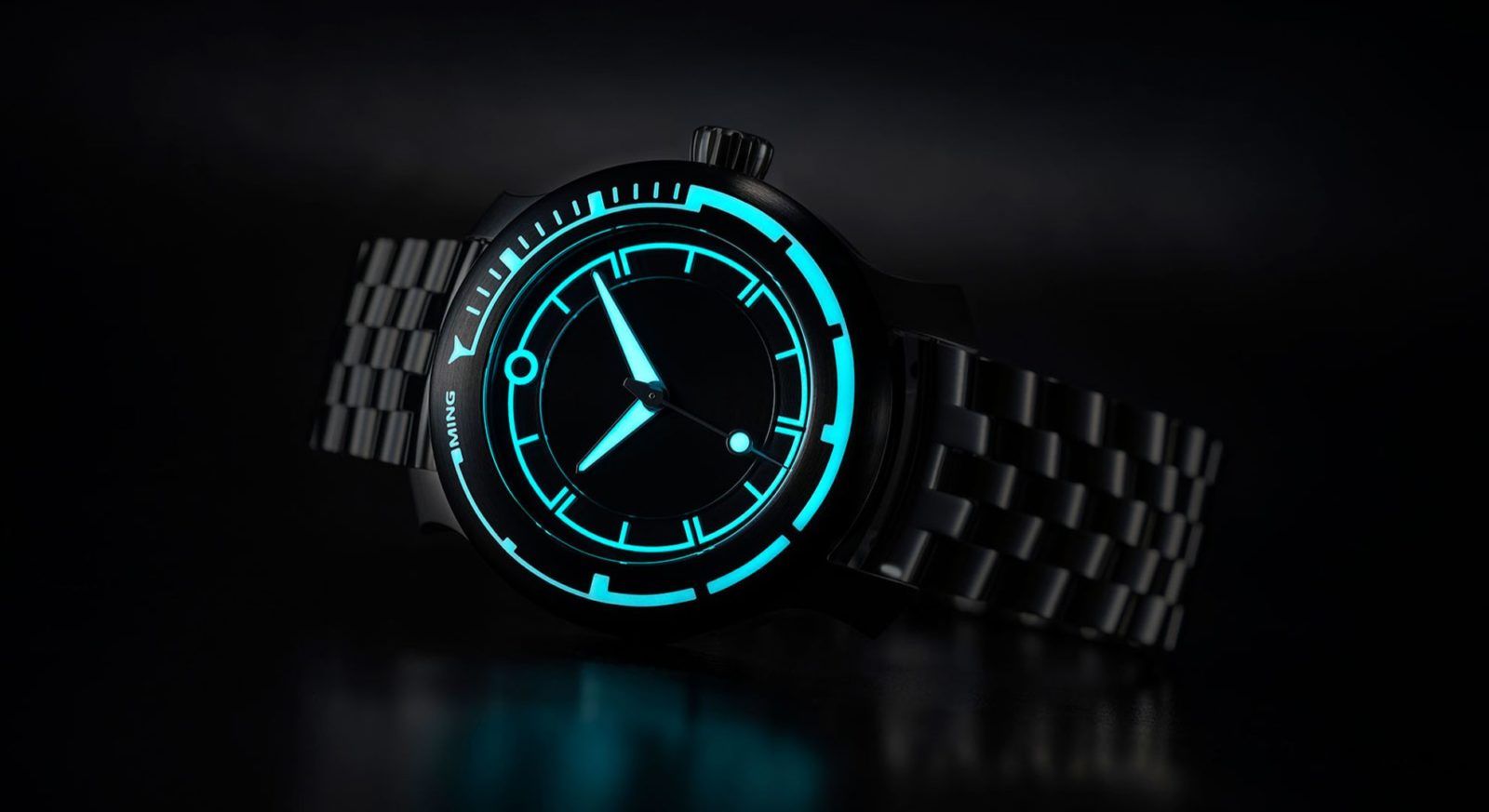 Just in time for Merdeka month.

Following the release of the Abyss Concept last year, there was more than a little speculation that Ming — the award-winning Malaysian independent behind cult hits such as the 19.02 Worldtimer — would eventually spin that then-prototype into a fully fledged wide release. Lo and behold, last weekend, social media feeds lit up (literally) with images of the brand’s first serial diver, the 18.01.

Described by founder Ming Thein as “the most difficult watch [he has] ever designed,” the 18.01 is at an at once familiar yet utterly alien sight to eyes trained for the typical mass market diver. It is a ‘tool watch’ in the truest sense of the phrase (rated to 1,000m and forged using Grade 5 titanium), but wears those credentials lightly, due in large part to Ming’s very distinctive design language — mixing a convex lug shape with geometric graphics on the dial.

Despite the unmistakable Ming ‘look,’ the 18.01 ticks all of the boxes when it comes to the actual task of diving. Even sans numerals, it’s extremely easy to read off the timing scale’s one, five, and 15-minute intervals. Going one step further, for ultimate reliability, the lume (LumiNova X1) is embedded directly into the bezel, unlike the vast majority of commercial divers that use a more physically fragile insert.

The movement is yet another area where Ming have chased performance over visible adornment. Like a lot of the brand’s watches hovering around the CHF3,000 mark (approx. RM13,750), the calibre in question is the ETA2824 — a robust, 40-hour engine commonly found in various mid-tier timepieces. (Famously, it was selected by Tudor for use in the popular Black Bay 36 line-up.) This is undoubtedly the most straightforward aspect of the 18.01, especially when considered next to the accompanying bracelet.

“If you get the impression we’re really, really proud of the new bracelet, you’d be right,” says Thein. “It’s the best we’ve made by some margin, and better yet, it’s backwards (and forwards) compatible.” Fitted with curved ends and a quick-releasing springbar, the latest bracelet has been expressly made to fit all past and future Ming models possessing a lug-to-lug width of 20mm.

Seemingly trivial details like this go a long way to explaining why the brand has experienced huge traction amongst enthusiasts. By contrast, much larger commercially well-known watchmakers make it a hassle to interchange one bracelet among various models — often working proactively to make that kind of customisation impossible altogether. We’ll let you decide which approach you prefer.

Style Watches independent watchmakers ming watches ming New watches 2020
Lifestyle Asia
Here's where you can read the latest news and stories from Lifestyle Asia and our sister titles PrestigeOnline and Augustman, curated from all of our editions in Hong Kong, Singapore, Kuala Lumpur, Bangkok and India.
Luxury