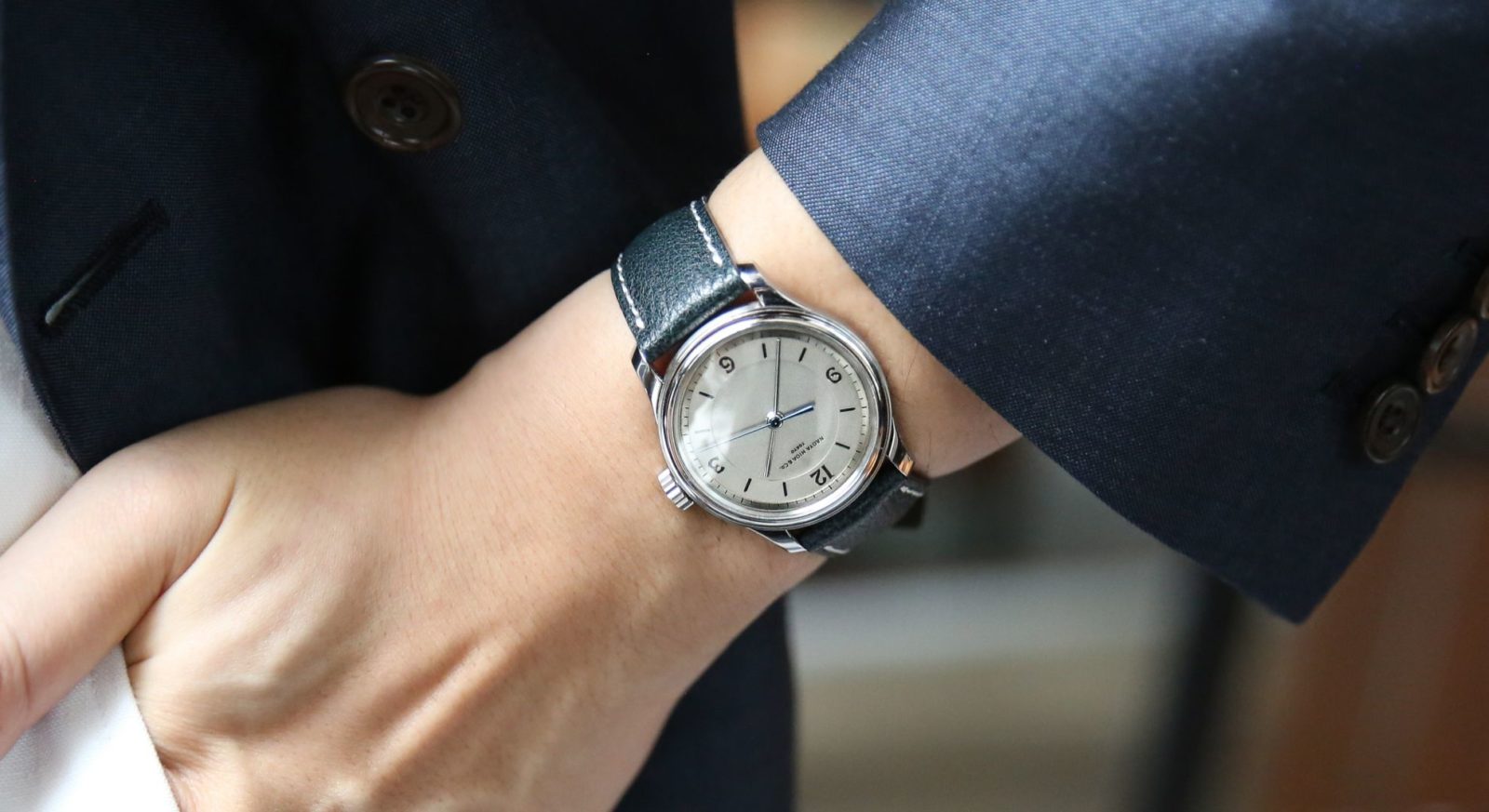 If indie watch brands are your thing, look no further than Japanese indie watchmaker Naoya Hida.

One of the most closely followed names in independent Japanese horology expands its oeuvre with yet another restrained, manually wound three-hander — bursting at the seals with 1950s charm.

Several weeks ago, I had the pleasure of being invited to The Armoury for one of the global men’s retailer’s latest burgeoning initiatives — the Zoom trunkshow. For a variety of now well-documented reasons, all of the artisans who usually see to Hong Kong customers in person have had to acclimate to a more hands-off methodology; and on this occasion, that meant small batches of customers seated around a live feed, speaking to the Japanese indie watchmaker Naoya Hida.

By way of introduction: Naoya Hida (the brand) is an extremely fresh enterprise. Launched in 2018, it comes as the culmination of over 30 years in the Japanese watch industry. Initially, Hida-san began his career in sales and marketing, representing a ‘who’s who’ of watchmakers popular with Japan’s collecting community. That meant Breguet, Vacheron, JLC; and subsequently, a stint as the Japanese representative for the notoriously foul-tempered (yet talented) F.P. Journe. To date, Hida-san has only released three timepieces under his own name — the most recent of which is the focus here.

Like the similarly sterile sounding Type 1B (the brand’s inaugural release), the new Type 2A is worlds apart from the brash, modern, bedazzled watchmaking that has come to dominate much of the conversation surrounding 21st century horology. And that’s precisely the point. With each new release, Hida-san’s goal is to move closer to a uniquely Japanese archetype of the ‘ideal wristwatch’ — translating (in more tangible terms) to a design that is subtle, historically congruous and capable of longevity.

To that end, the Type 2A iterates on many design cues introduced in Hida-san’s first watch, but transposes them to a new configuration of dial. We’ll start by tackling some of the basic ‘signature’ features: As in other Naoya Hida watches, the case is made using 904L stainless steel. Unlike the vast majority of commercially made steel watch cases however — which make use of ‘316L’ steel — this grade of metal possesses a higher degree of robustness and corrosion resistance. The downside to these attributes is that 904L steel is comparatively difficult to machine. According to Hida-san, only a handful of manufacturers possess the equipment (never mind the skill) to optimise the material for case construction.

Cast your eye to the dial and if you’re not paying close attention, it’s easy to miss the quintessentially Japanese level of meticulous effort that has gone into it. Like all of Hida-san’s designs, the layout for the Type 2A is simple to a point some might find severe. I was fortunate enough to have it in hand for an extended period, and it’s only with a certain amount of unhurried interrogation that the watch’s ‘craftiness’ is revealed. The most striking expression of this is how Hida-san has executed the Arabic numerals (located at each of the Type 2A’s cardinal positions). Each number is hand-engraved into a segment displaying the hours — the dial itself is made up of three such discrete segments — and the resulting channels are then filled with a synthetic Urushi lacquer that is favoured for its high visibility.

Other visible components have also been treated with a similar level of care and positioned with due regard for their surroundings. For example, to account for the significant increase in the dial’s thickness (resulting from the use of three segments) both the hour and minute hand are shaped flat on the reverse side, meaning they are able to sit almost flush with the dial.

The movement itself is also worth perusing — and not for the usual, largely superficial reasons. Despite his stated goal of creating the ideal symbol of Japanese watchmaking, Hida-san has a deep and abiding love for historical Swiss movements. It’s not surprising then that he decided to equip the Type 2A with a manually-wound, appropriately sized movement. What is peculiar is that the basic architecture for this happens to derive from the Valjoux 7750 — a self-winding calibre originally intended for chronographs. Somehow, Hida-san’s watchmakers have managed to retrofit the 7750 architecture with a newly designed ratchet wheel, which in turn imbues the watch’s crown with a super-satisfying click any time you decide to top off the power reserve (45 hours).

Finally, it’s worth acknowledging that, as it stands, every single Naoya Hida wristwatch is a ‘niche’ product in the industrial sense of that word. Hida-san works very closely with a tight-knit group of watchmakers and suppliers; and for that reason, is usually only able to deliver 10-15 pieces of any given model in a year. According to the team at Armoury — depending on how it’s received — total production numbers for the Type 2A could be increased into 2021. That said, looking at the brand’s overall lineup, it would appear Hida-san prefers to create one or two iterations on a single model, before discontinuing it in favour of another fresh design exercise. “First in best dressed,” then, I guess.