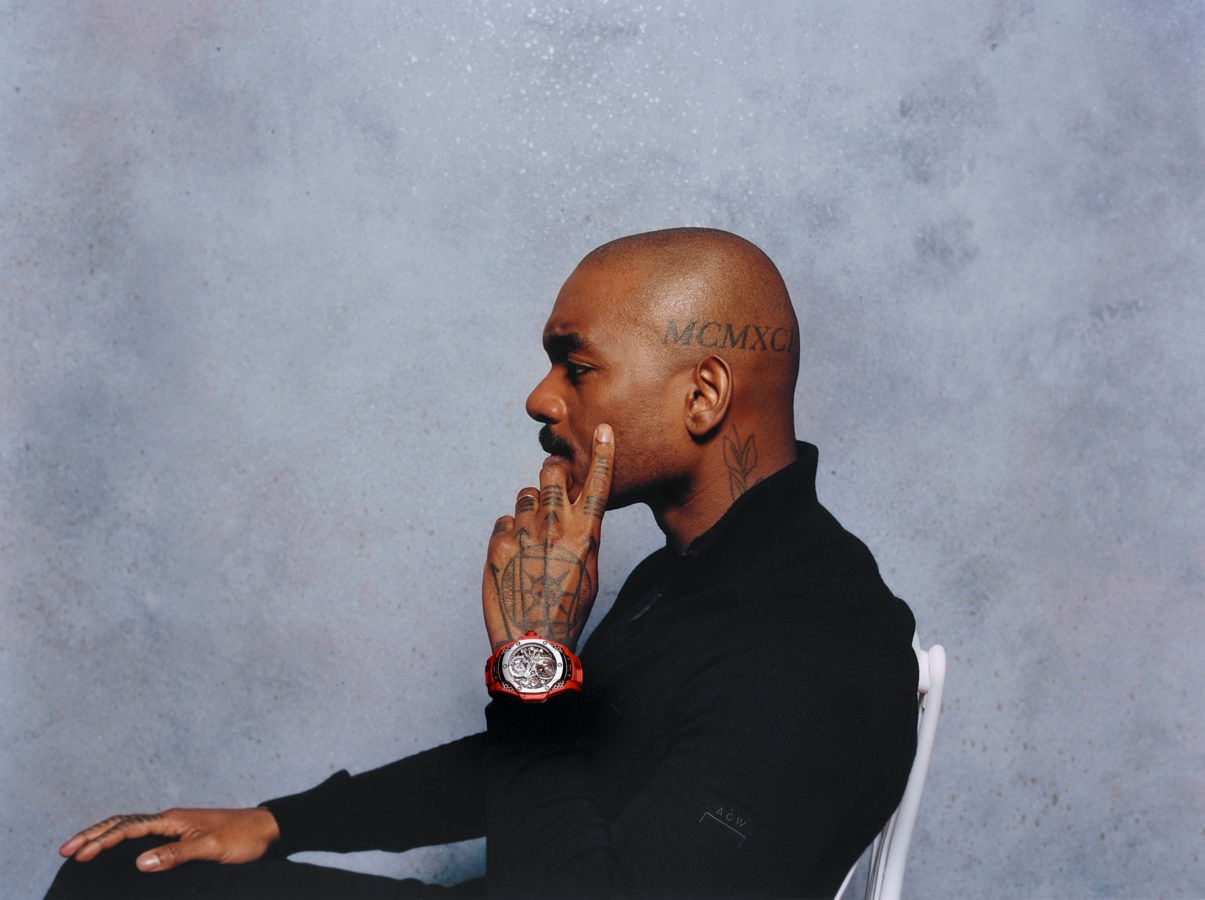 New watches you can expect in June: Hublot, Chanel, Louis Vuitton and more

Style
New watches you can expect in June: Hublot, Chanel, Louis Vuitton and more
Share this article
Next article

What new watches can you expect in June 2022?

Another wallet for dad this Father’s Day? How about a brand-new timepiece instead? Novelties that have already been showcased during Watches & Wonders a couple of months earlier have been progressively making their ways to the nearest boutique, so now’s the time to caress them in person before putting in the order. After all, no matter how talented a photographer is, nothing beats holding it in the palm of your hand and letting the intricate detail sway your bedazzled eyes.

Style
All the major new watches you can expect this month
Style
Where can you find the Omega X Swatch MoonSwatch watches online?

All the latest watches you can expect in June 2022:

The colour green might have been considered newfangled when it lit up the industry a couple of years ago, but quite evidently, it will be a mainstay for years to come like grey, black and blue. Bell & Ross’ latest BR 05 Skeleton – the fourth iteration since its introduction – is endowed with a green crystal to give it a decidedly sporty look that goes immaculate with the steel bracelet; or if you fancy the rubber strap in khaki, you get that too. Beyond that, not much has changed compared to its predecessors – the case size remains at 40mm and the automatic movement is the trusted BR-CAL.322. The BR 05 Skeleton Green is limited to 500 pieces.

To celebrate Cortina’s 50th anniversary, Blancpain pulls out all stops with the limited-edition Fifty Fathoms Bathyscaphe. An emblem of high watchmaking, the dive watch has attained a cult status among collectors who seek an understated everyday wearer. The Blancpain Fifty Fathoms Bathyscaphe X Cortina Watch Golden Jubilee Edition possesses all the luxurious hallmarks connoisseurs love about the collection – a 43mm bezel in proprietary Sedna Gold featuring ceramic and Ceragold markers atop a titanium case, a state-of-the-art in-house calibre 1315 that boasts five days of power reserve and impeccable craftsmanship throughout. Limited to 50 pieces, the watch is exclusive to Cortina boutiques.

Breitling celebrates its milestone with a new Navitimer Cosmonaute

The quintessential pilot watch Navitimer also possesses a piece of history that not many are cognisant of. On 24 May 1962, astronaut Scott Carpenter circled the Earth three times aboard the Aurora 7 spacecraft as part of his Mercury-Atlas 7 mission. On his wrist that day was the original Navitimer Cosmonaute but modified to Carpenter’s whim, thus Breitling could lay claim to being the first Swiss wristwatch in space. 60 years have passed since but Breitling wasn’t going to let it go unnoticed. To commemorate the milestone, a new Navitimer Cosmonaute joins the brand’s stable of pilot watches. 362 pieces are made, paying homage to the number of times Carpenter orbited the Earth and the year he completed the manned mission, paving the way for greater explorations of space. To accommodate the 24-hour dial, the Breitling Manufacture Caliber B02 had to be repurposed, along with several celebratory engravings Carpenter, Aurora 7 and 3 orbits around the Earth found on the new edition in 41mm.

Casio teams up with Malaysian streetwear label Against Lab

Exclusive to Malaysia, Singapore, Thailand and Indonesia, the G-SHOCK DW-6900AL22 whose design embodies mental fortitude and inspired by the daily grind is the result of the first-ever collaboration between Casio and Malaysian streetwear label Against Lab. The DW-6900 debuted in the 1990s was the first G-SHOCK to feature the EL backlight. The modern incarnation is adorned with motifs borrowed from the motorcycle whose swarming numbers and loud exhaust typify the everyday hustle required to make a living. Unique elements found on the watch include an Against Lab logo and an engraved case back featuring the brand’s mascot. An exclusive packaging limited to 100 sets is on sale on Against Lab’s website, while the collaboration is also offered on Casio’s Lazada store from 28 May, as well as from 3 June at physical stores.

It might be better known for its range of handbags whose values rise exponentially, but Chanel has proven that it belongs in watchmaking with the J12 getting increasingly sought after. Any lady after a youthful but well-made sports-luxe watch that is also chic should give the J12 Caliber 12.2 a serious consideration, because Chanel has just made the famously unisex watch into 33mm through a series of miniaturisation, from the ceramic and steel case, to the lacquered dial with ceramic numerals, to the automatic movement made by Kenissi, partly owned by the maison. If you didn’t fancy 38mm previously, this petite number might just change your mind. And oh, two editions studded with diamonds are on the catalogue too.

Fans of Aston Martin have something truly spectacular to look forward to and it is the Laureato Absolute Chronograph AM F1 Edition in British racing green. The novelty is a combination of all things Girard-Perregaux knows best – the recognisable Laureato case shape in 44mm, the cutting-edge composite of titanium and carbon, and know-know as the watch, while looking enormous, is actually very light. 306 pieces of which will be produced, with each fitted with an innovative strap made of rubber and carbon mined from two Aston Martin F1 race cars from the 2021 season, texturised to resemble fabrics.

For a dive watch of a different kind, check out Jaeger-LeCoultre’s Polaris Date inspired by the 1968 Memovox Polaris. While modern dive watches tend to showcase a rotatable outer bezel made of hardened alloys or ceramic, Jaeger-LeCoultre exacts greater craftsmanship on this compressor-style dive watch, once ubiquitous in the 1960s. On the dial you will witness the lacquered, double-gradient dial in olive, while the transparent case back bares the Calibre 899 capable of 70 hours of power reserve. This 42mm dive watch in steel is a boutique exclusive.

Visually enchanting and melodiously endearing, H. Moser & Cie.’s new watch for June 2022 is a minute repeater bearing the minimalism and iconoclasm that we admire Moser for. Encased within 40mm of red gold or titanium are a “Grand Feu” enamel dial in gradated aqua blue built upon a base that has been hammered to create a textured surface, the chiming mechanism of hours, quarter-hours and minutes, and a one-minute flying tourbillon, governed by the HMC 904 hand-wound movement capable of 90 hours of power reserve. The Endeavour Concept Minute Repeater Tourbillon Aqua Blue is limited to 20 pieces in each metal.

Hublot caused a stir with the Square Bang a couple of months ago. In June 2022 it is introducing another new watch case in an unconventional shape. The provocative 44mm Big Bang Tourbillon Samuel Ross is inspired by the jaw-dropping works of the multidisciplinary British artist/designer, featuring the signature colour of orange in geometry. The leitmotif of the watch is the hexagon – seen as the building block of life – which is repeated throughout the strap and case to form a titanium honeycomb, while orange is selected for optimism and energy. Encapsulating a person’s zest for life, the watch beats an automatic 72-hour manufacture movement equipped with a tourbillon and is produced in 50 pieces.

With globe-trotting back on the card, Louis Vuitton is aptly introducing jet-setters to the Tambour Outdoor Chronograph GMT – the maison’s new watch for June 2022. Offered in nautical steel and urban jungle – the former bears a blue dial, while the latter khaki – it possesses a unique design code that presents a welcome respite to the usual way of perceiving a GMT watch. Peppered with orange or red accents, the quartz-powered watch comes alive thanks to an animated small seconds disc inscribed with the famous skeletonised initials LV, while at the same time, affording you the luxury of adapting the 44mm watch to various occasions with ease courtesy of a patented interchangeable strap system.

Bringing fun and sexy into the typically apathetic high watchmaking is Richard Mille’s new watch for June 2022 – RM 38-02 Tourbillon Bubba Watson. Like how a hobbyist golfer who would sometimes wear the most outlandish gear on the green to make a statement, this pink and white number developed in partnership with golfer Bubba Watson will turn heads no matter the occasion. Like many Richard Mille’s watches, the colourful case is also made of a combination of Quartz TPT and Carbon TPT. So while it may appear goofy, there is no funny business in its manufacturing process. The watch is ultra lightweight but boasts supreme durability. The skeletonised movement is engineered to withstand no less than 10,000 gs – an impressive feat when you take into account how fragile a tourbillon can be. The exclusive RM 38-02 version is produced in 50 pieces.

Watches Chanel Louis Vuitton Hublot
Justin Ng
Digital Content Director, Kuala Lumpur
Often think of myself as a journalist and so I delve deeper into a range of topics. Talk to me about current affairs, watches, travel, drinks, new experiences and more importantly, the business, economics and dynamics behind it.
Sign up for our newsletters to have the latest stories delivered straight to your inbox every week.