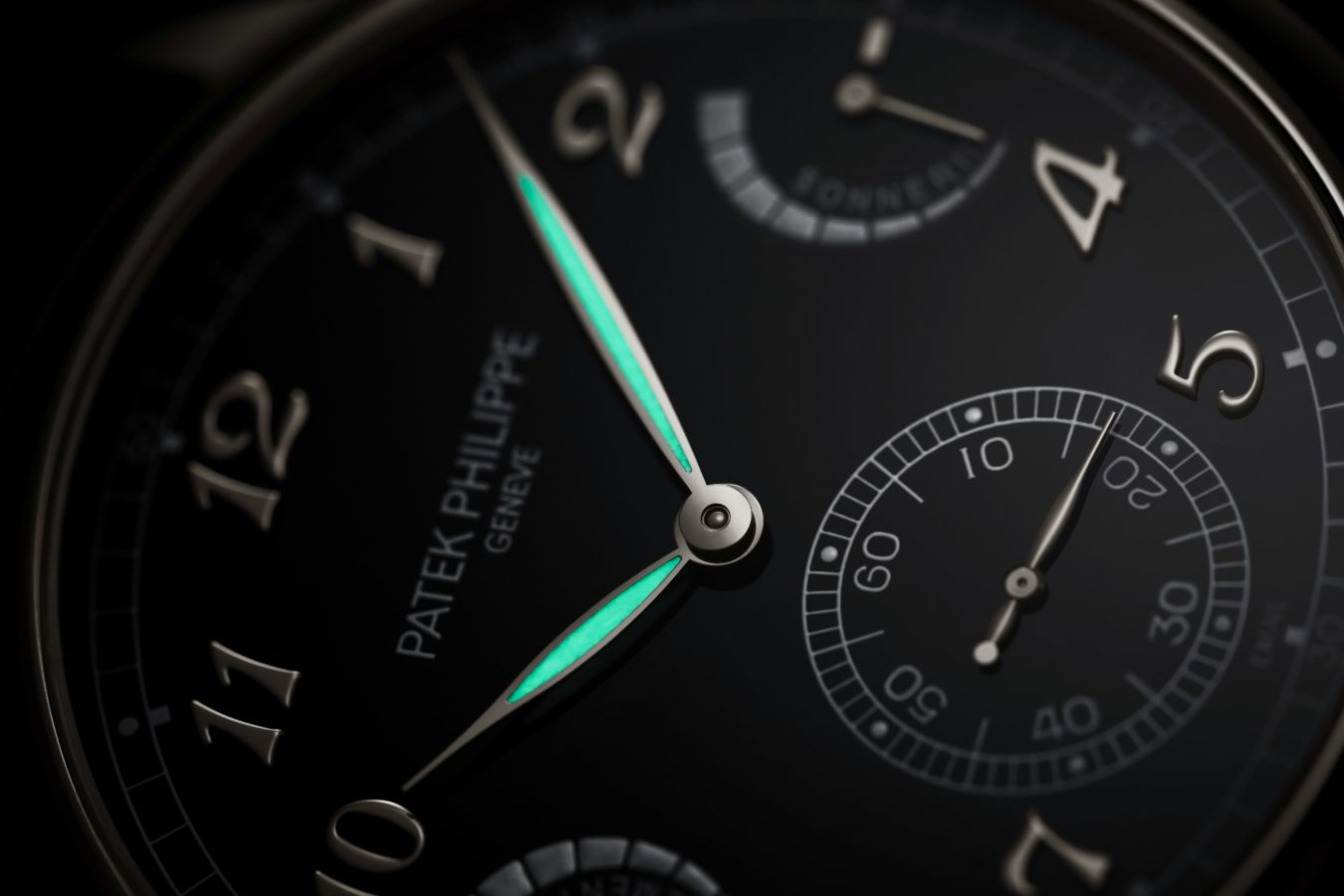 Patek Philippe masters the music of time with the Ref. 6301P Grand Sonnerie

Style
Patek Philippe masters the music of time with the Ref. 6301P Grand Sonnerie
Share this article
Next article

When it comes to creating extravagant and elaborate timepieces, Patek Philippe always comes to mind. One such timepiece from 2014 never fails to be brought up when spoken about complications – the Ref. 5175 Grandmaster Chime – which also features a grand sonnerie.

This incredibly complicated watch was the first for Patek Philippe when it came to adding a grand sonnerie to a timepiece. However, the Ref. 6301P Grand Sonnerie is here to change all that by being the first stand-alone grand and small-strike timepiece with a minute repeater. This means that the grand sonnerie function added will automatically strike the full and quarter hours; there is also a petite sonnerie that strikes on full hours, a minute repater that will strike the time on demand, subsidiary dial with jumping seconds.

Suffice to say, Patek Philippe drew plenty of inspiration from its Ref. 5175 Grandmaster Chime supercomplication. But that isn’t to say that the Ref. 6301P Grand Sonnerie isn’t any less complex. It also uses the same Caliber 300 movement from the successor, but the former is considered to be much more of a grand sonnerie in its purest form.

While the Ref. 5175 Grandmaster Chime featured a reverse-face with 20 complications, the Ref. 6301P Grand Sonnerie is a lot more subdued. It does away with the alarm, travel-time mechanism, day and date, as well as the repeater mechanism. Because of this, the Grand Sonnerie was able to include a jumping seconds counter at 6 o’clock — a personal request from Patek Philippe’s CEO, Thierry Stern.

However, that wasn’t the only thing Stern was looking for with the Grand Sonnerie. He wanted collectors to resonate with the timepiece at a level only true aficionados can — through its chime. Loud and crisp to each strike, the timepiece features three gongs and three hammers as opposed to the two found on the Grandmaster Chime. This allows the watch to produce a melody that goes from medium to high to low with each quarter playing the same tune.

You may also like…
Style
How to start your very own luxury watch collection
Style
Who is the holy trinity of watches in haute horlogerie?

As for the minute repeater, it can be activated by pushing the crown. Speaking of, the crown itself is bidirectional — rotate it clockwise to wind the base movement and counterclockwise to wind the striking mechanism. Located just below the 6 o’clock, you’ll find the slide that activates the petite/silence chime feature. The middle position activates the grand sonnerie; sliding it left is what triggers the petite sonnerie and then sliding it to the right is the silent mode.

Stretching to 44.8mm, the case of the Ref. 6301P Grand Sonnerie is fairly large but without being imposing. The Platinum 950 case features a flawless Top Wesselton diamond resting in-between the lugs at 12 o’clock. While one obvious downside would be its lack of water-resistance but that shouldn’t be too much of a drawback — the watch does fine against dust and moisture.

Turning the watch over, you’ll spot the anti-reflective sapphire crystal skeletal caseback (you can also get it in solid platinum). Its position is closer to the movement, which allows for a greater view of the caliber. You can also spot a fusée, the motor that drives the grand sonnerie. This lies beneath the brand’s Calatrava Cross symbol while also showing off the governor, which regulates the sonnerie’s speed.

Another noteworthy feature of the Ref. 6301P Grand Sonnerie is the use of luminescent coating on the hands. A trait that’s usually found in your more luxury-lifestyle/sport-luxury watches, Patek Philippe leaves no stone unturned for its latest timepiece. These leaf-shaped hour and minute hands are made of 18K white gold, which is the same with its dial that also has a black grand feu enamel with a “glacé” finish.

To finish off the look, Patek Philippe thought it’d be best to fit a hand-stitched alligator strap. Its design is all about large square scales that goes well with its platinum fold-over clasp.

Patek Philippe grand sonnerie
Wi-Liam Teh
Senior Writer
Wi-Liam is a geek at heart with a penchant for tattoos. Never without a drink in hand (preferably whisky, gin, or Guinness), he is also a writer by day and a keyboard warrior by night. On his day off, he masquerades as a streetwear and sneakerhead enthusiast while his bank account says otherwise.
Tech Cars Watches Entertainment Food Drinks