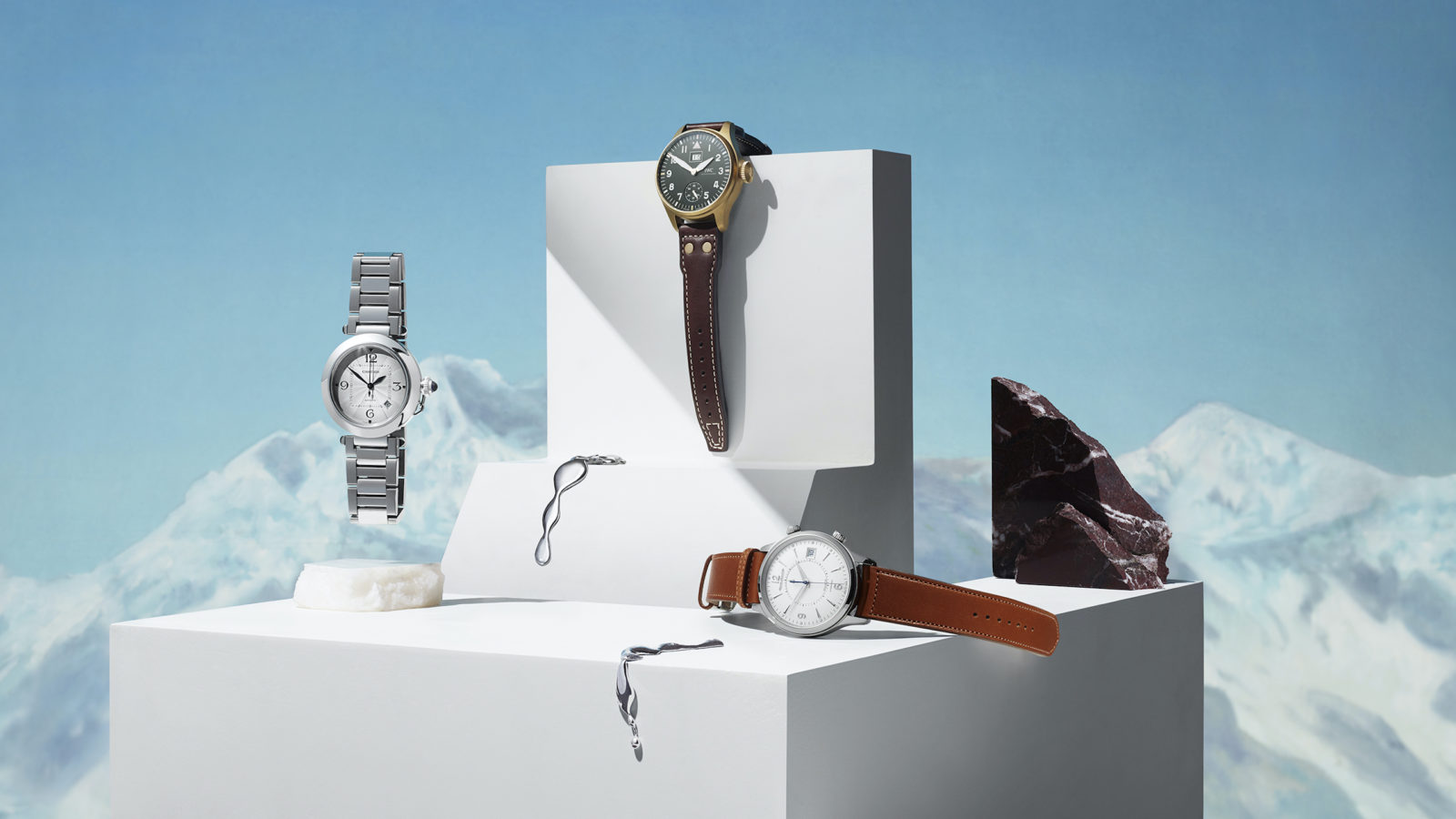 The most desirable watches in the world are now just a couple of clicks away, thanks to a new partnership between luxury online retailers Net-a-Porter and Mr Porter with Watches and Wonders — the revered trade show by the Fondation de la Haute Horlogerie in Switzerland, currently in the midst of a brand new edition in Sanya, wrapping up 31 October 2020.

Expect to see a curated selection featuring creations from more than a dozen watchmakers, including limited-edition pieces. What’s more: with the partnership comes all-new functions optimised for watch shoppers on the sites, including filters based on trends and occasions, and with a more detailed size-guide to come in the future, marking a new era of online shopping for the finest watches in the world. Shoppers can also enjoy virtual one-on-one appointments and access to virtual events, including those catering to VIPs.

With this extraordinary collaboration, we’ve hand-picked six of the most intriguing, limited and classic pieces that you can swiftly add to your collection — just by clicking ‘add to bag’. 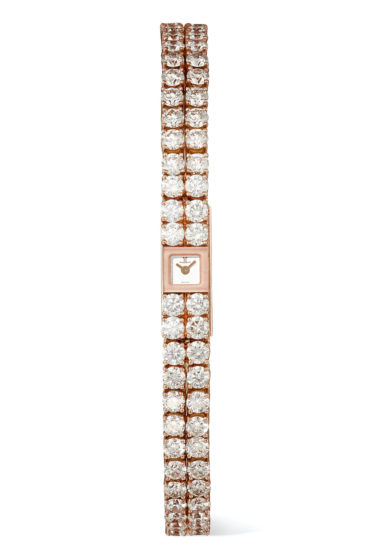 The Calibre 101 movement, created by Jaeger-LeCoultre with jewellery watches in mind, was unveiled in 1929. It consists of 98 components that eschew the traditional single-plate setting, and are instead divided on multiple plates. Famous for being the smallest mechanical movement in the world to date, it measures 14mm long, 4.8mm wide and weighs just one gram. This piece, however, gained a prominent place in history after Queen Elizabeth II sported it at her 1953 coronation. Gifted to her by the French president Albert Lebrun, the watch was said to allow for time-checking in a discreet manner – doing so was not considered socially appropriate for women at the time. The 18-karat rose gold variant marks the fourth generation of the Calibre 101, and is hand-assembled by three of Jaeger-LeCoultre’s master craftsmen. 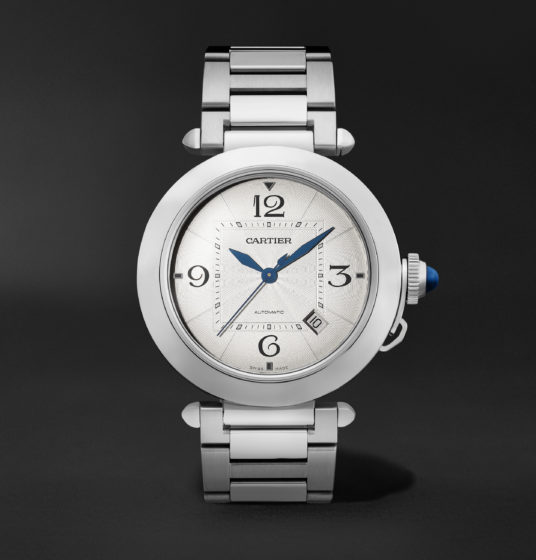 Unveiled in 1985, Cartier’s ‘Pasha’ collection is known as one of the house’s greatest hits, garnering a fervent following in the decade that followed. This watch — brought back from Cartier’s archives — features a stainless steel case and bracelet, which can be swapped out for an alligator strap in midnight blue. Like other ‘Pasha de Cartier’ timepieces, this watch has a round case that frames a silvered guilloché opaline dial with four Arabic numerals, a square design on the dial, and screw-down crown cap. Since its unveiling in 1964, Piaget’s ‘Limelight Gala’ series has become a staple for some of the most iconic figures of the 20th century. Not one to rest on its laurels, Piaget continues to innovate: this piece is part of a limited-edition run of the series. The ‘Limelight Gala’ signature curved lugs make up an 18-karat white gold case, encrusted with 0.92 carats of diamonds. The watch also features a navy-coloured alligator strap, matching its blue aventurine dial. 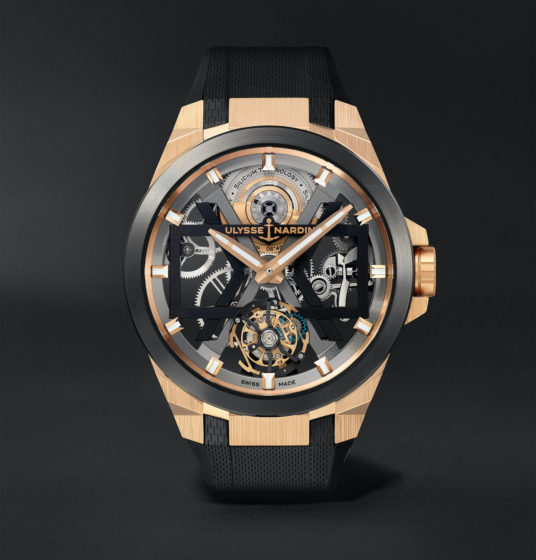 Newly introduced at Mr Porter as part of the Watches and Wonders partnership, Ulysses Nardin has long enjoyed fame for its production of marine chronometers and avant garde designs in its 174-year history. With a 18-karat rose gold and titanium case and a rubber strap, this limited-edition piece features a skeletonised dial, which shows off the watch’s in-house calibre UN-172 automatic tourbillon — the first to incorporate this in the house’s Skeleton Tourbillon collection. A flying tourbillon is positioned at six o’clock, and comes complete with painstaking details like a silicon balance spring, anchor and escapement wheel. Worth noting is the double X-shaped dial design guarding the movement, a signature of the Blast series. 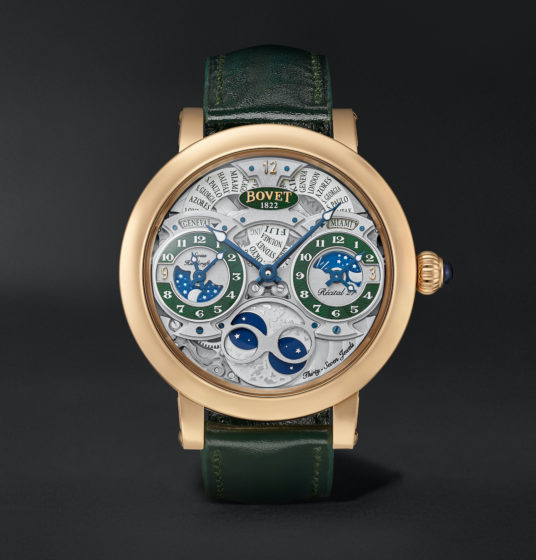 Also new to Mr Porter for the Watches and Wonders partnership, Bovet was established by Swiss watchmaker Edouard Bovet in the 19th century. In 1822, he arrived in southern China via London and began catering his creations to the elite in the Far East. Today, Bovet is headquartered in Switzerland and continues to produce pieces with eastern-inspired designs – a nod to the house’s history. This limited-edition design, dubbed a “modern-day traveller’s watch,” features the house’s signature inclined 18-karat red gold ‘writing slope’ case and three time zone displays. The double moon-phase indicator, in particular, has razor-sharp precision – it only needs adjustment every 122 years. 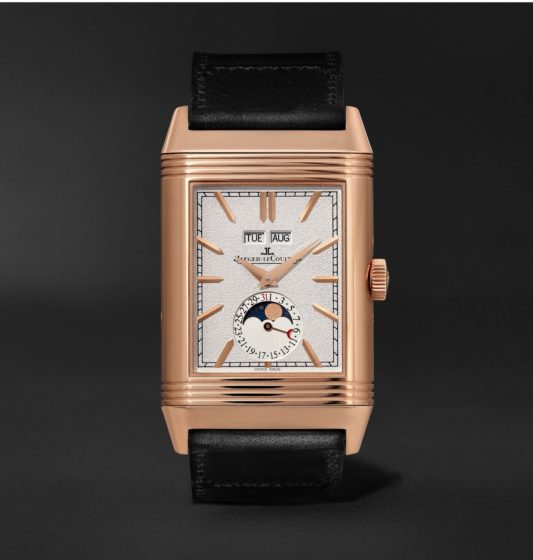 Evolving from the ‘Reverso’ collection originally crafted for polo players in the 1930s, Jaeger-LeCoultre’s limited-edition ‘Reverso Tribute Calendar’ series available on Mr Porter includes this outstanding piece. Its leather strap is cut, tanned and handcrafted by the Argentinian artisans of heritage equestrian and polo boot makers Casa Fagliano. Two dials feature on a geometric 18-karat rose gold case — a design that pays homage to the Art Deco era — so you can set it to different time zones. The calibre 853 movement allows for a 42-hour power reserve, combining form and function in a watch that’s just about enough for a glamorous weekend.

Covering everything from Hong Kong’s dining and nightlife scene to local culture and identity; to billionaire houses and global architecture trends, Andrea is a freelance journalist specialising in lifestyle topics all around the globe. Outside of work, you’ll find her at the beach, or hitting the local spa for a back-breaking bout of tui na.

Bad news: The CMCO will be extended in most areas

We're not going to lie, this lobster and white tru

Bad news: The CMCO will be extended in most areas

We're not going to lie, this lobster and white tru