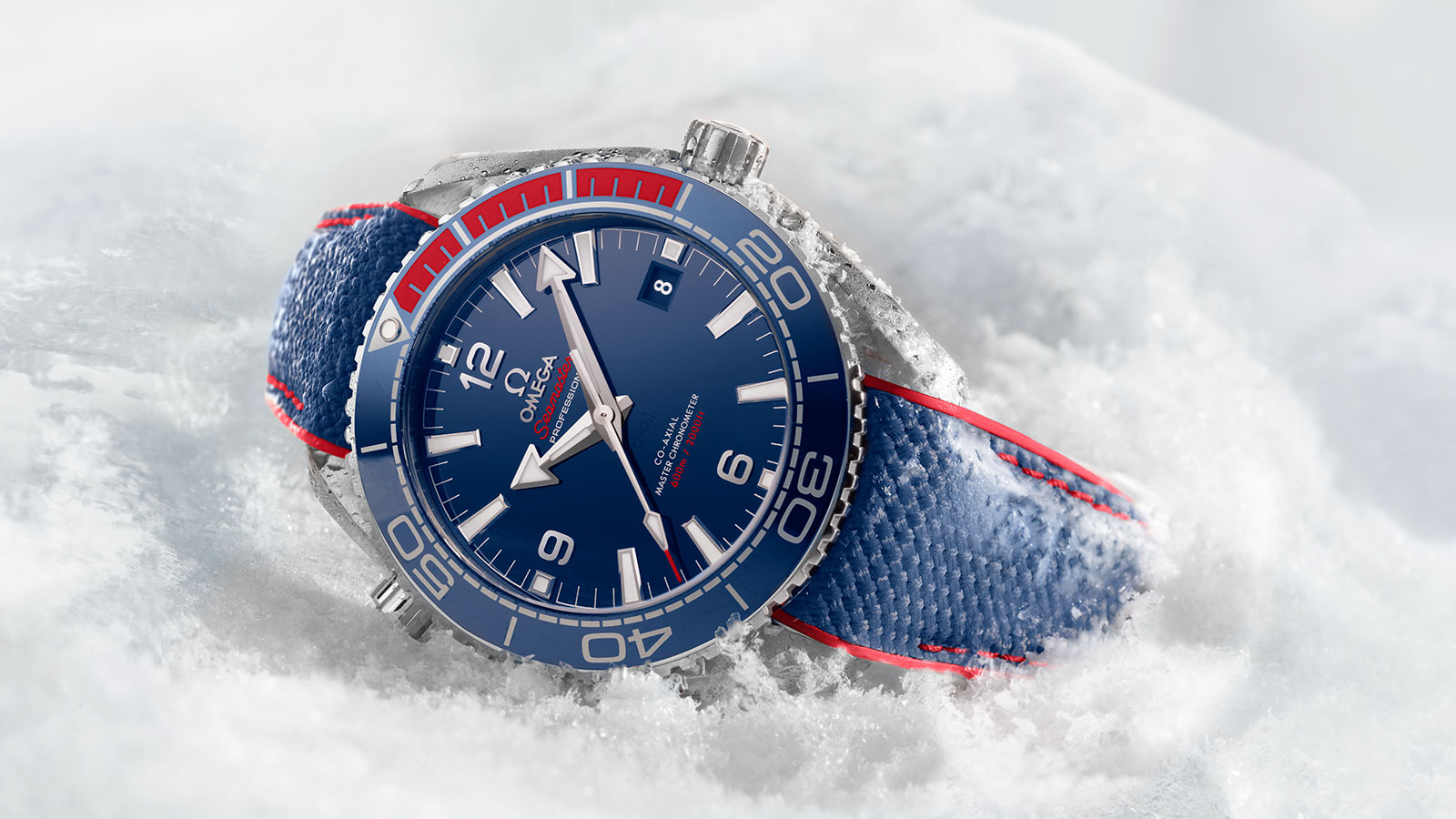 Here are some of the greatest Omega watches of all time

When it comes to classic and timeless Swiss watches, Omega is definitely on the top rankings of that list. It originally operated as La Generale Watch Co before incorporating the name Omega in 1903. What makes it a brand worth keeping for generations is largely due to the part it plays in important historical moments, especially being the first watch to land on the moon alongside NASA in 1969. Omega also has a long-standing history with the Olympic Games, being its official watch partner since 1932.

And of course, who could forget about everyone’s favourite 007 donning an Omega watch in the past two decades? But enough of the history lesson — let’s get on with the mechanics behind the timepiece.

Style
6 independent watchmakers to add to your collection

Omega is known for its co-axial movements, which makes it beneficial for its sporty chronographs as well as diving watches. Over the years, Omega has time and time again produced many timeless pieces, especially for its Speedmaster and Seamaster collections. Other notable collections from Omega includes the Constellation, De Ville, and Specialties.

What’s great about the Swiss watch legend is its ability to suit your every need. Each and every Omega collection is made for a specific occasion. If you’re looking for something sportier, the Speedmaster and Seamaster series is the right choice. For something with a touch of class and panache, opt for the Constellation or De Ville pieces. 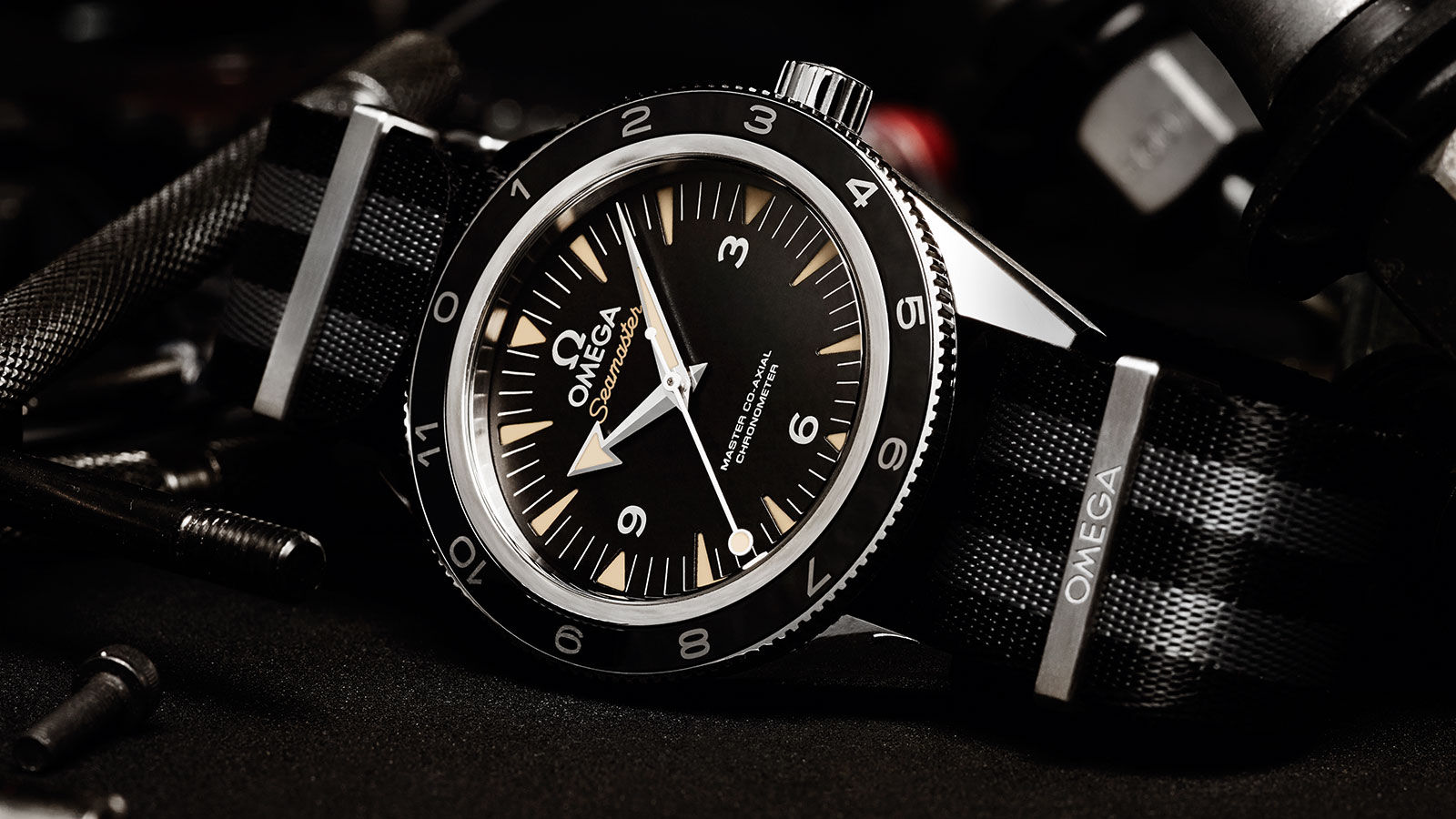 Starting off the list is the Omega Seamaster 300 Master Co-Axial “Spectre” limited edition. While the name may be a mouthful, its quantity isn’t with only 7,007 pieces available worldwide. The watch was created in conjunction with the 24th James Bond movie, Spectre, in 2015. It features a bi-directional bezel with a world timing scale, which takes over from a diving scale that is present on the standard Seamaster 300. The watch also comes with an interchangeable strap with the predominant choice being a NATO strap. 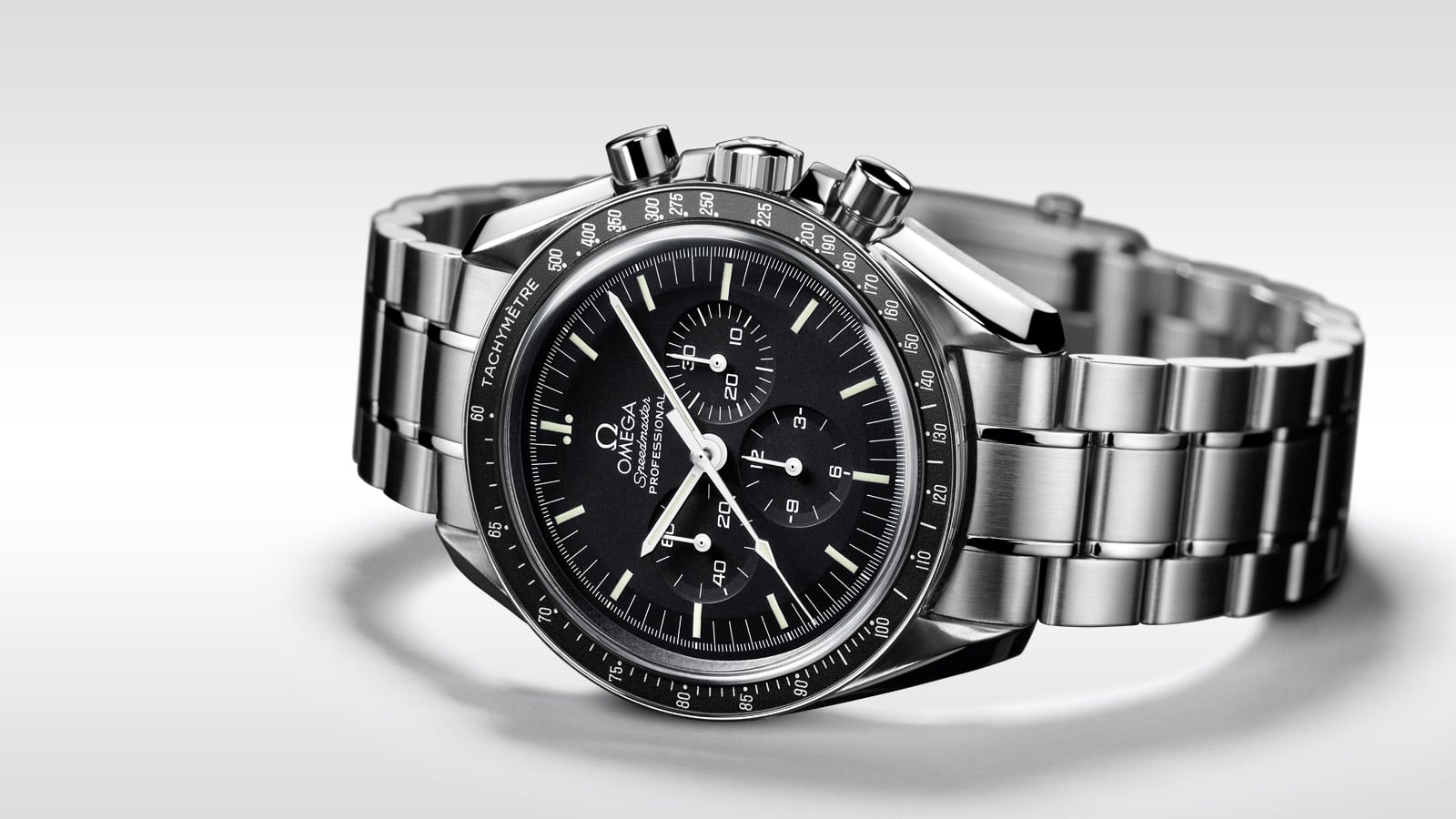 The Speedmaster is one of the more iconic watches in Omega’s entire collection. It has been a part of all six lunar missions with NASA, the first being alongside Buzz Aldrin on the first lunar landing in 1969. However, it wasn’t until recently did Omega introduce a moon phase complication into the Speedmaster, thus giving it the nickname ‘Moonwatch’. The watch strap is interchangeable between a stainless steel bracelet and NATO strap; it also comes with a black dial and bezel accompanied by a tachymetric scale. 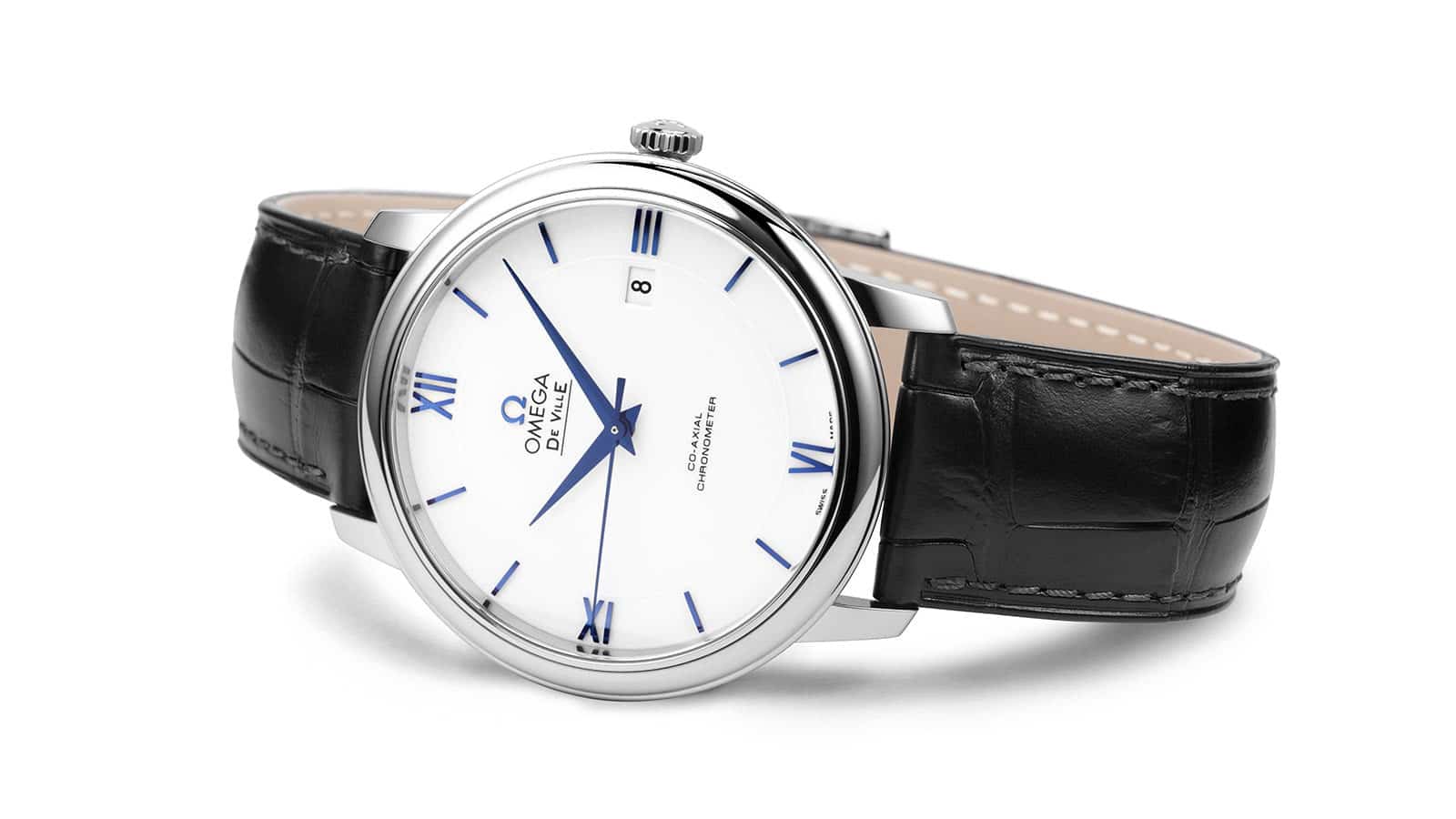 The Specialties in Omega’s collection is reserved for limited edition pieces, which is exactly what the Olympic Games “Pyeongchang 2018” watch is for. With only 2,018 pieces available, this collectable timepiece features the colours of South Korea’s national flag on a stainless steel case. There is also a polished ceramic blue dial with a unidirectional bezel and when turned over, it showcases a transparent case back. On the case back are the words “Pyeongchang 2018” as well as the Olympic Games logo. Like any other Omega watch, the straps are interchangeable between a stainless steel option and NATO in South Korean colours. 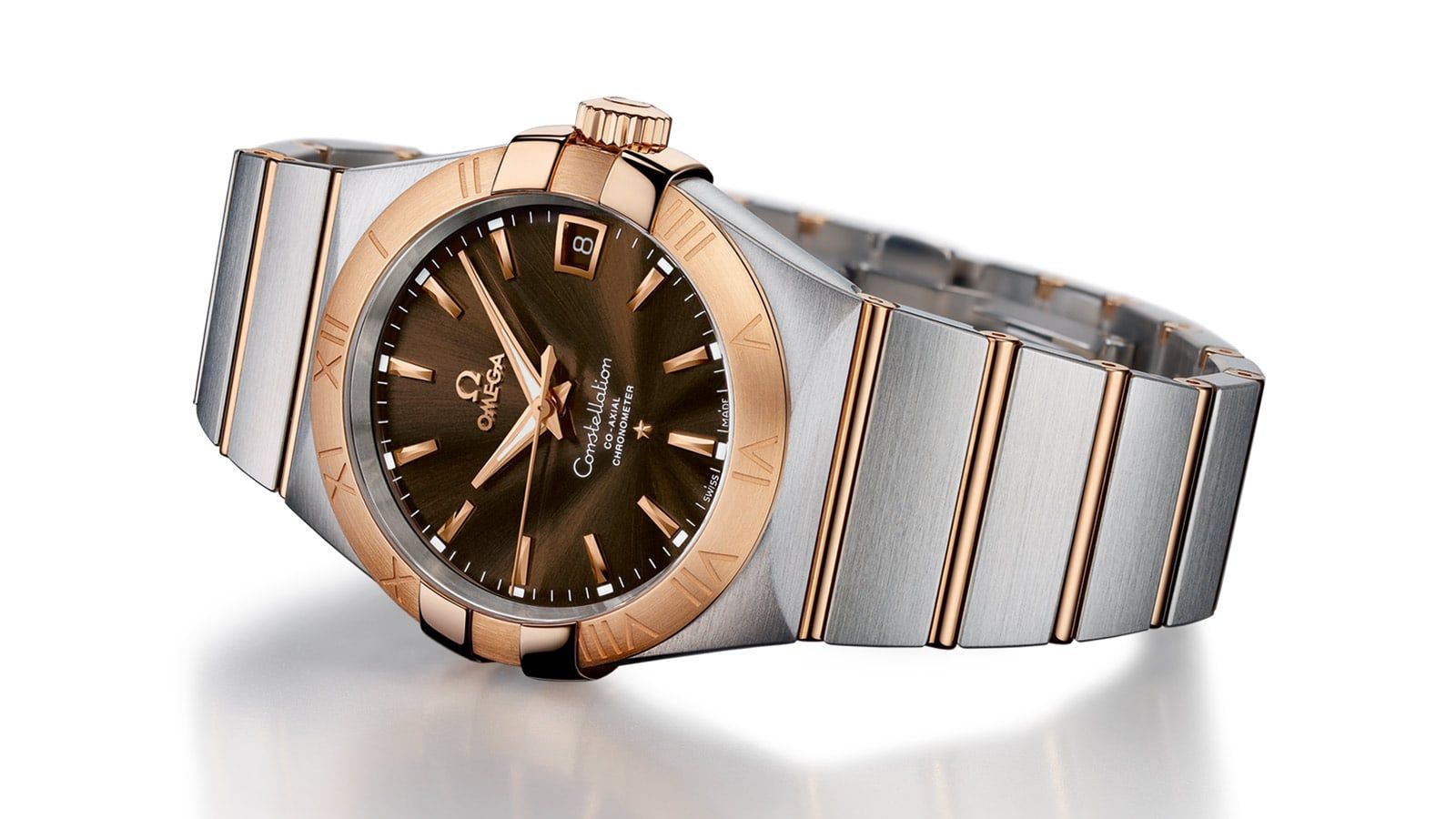 While the Omega Constellation Co-Axial has many variations, it is one watch that you cannot go wrong with. From its design to its performance, everything about the Constellation Co-Axial screams classic and vintage. What makes the watch different from many other Omega timepieces are the “griffes” aka claws on the three and nine o’clock markers. These were originally placed to hold the sapphire crystal in place to ensure the watch keeps up to its waterproofing standards. After going through a redesign in 2009, other variations of the Constellation Co-Axial comes with updated features like a day/date feature on the 12 and six o’clock markers.

Omega Speedmaster Omega Watches Seamaster de ville constellation specialties
Wi-Liam Teh
Senior Writer
Wi-Liam is a geek at heart with a penchant for tattoos. Never without a drink in hand (preferably whisky, gin, or Guinness), he is also a writer by day and a keyboard warrior by night. On his day off, he masquerades as a streetwear and sneakerhead enthusiast while his bank account says otherwise.
Tech Cars Watches Entertainment Food Drinks
Sign up for our newsletters to have the latest stories delivered straight to your inbox every week.