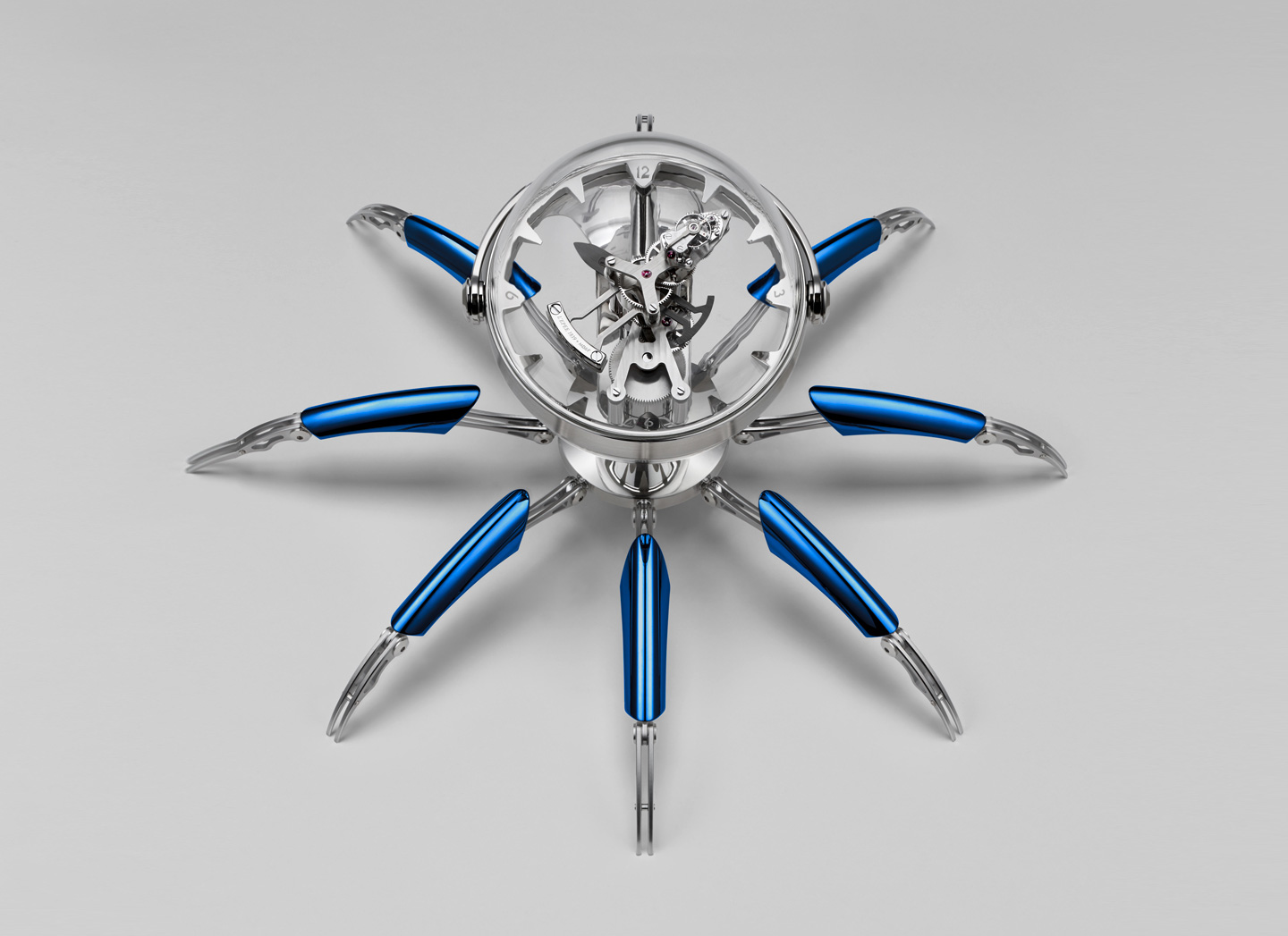 Style
Splurge: This RM152,442 MB&F clock has legs that go on for days
Share this article
Next article

So you’ve gotten yourself a luxe piece of property and furnished it with the most fashionable furniture pieces; congratulations. Now, we’d like you to add something else to your home, an essential timepiece that will be the ultimate conversation starter for the guests you invite to your humble abode: the Octopod MB&F clock.

This new robotic octopus lookalike MB&F clock is the latest in collaboration with L’Epée 1839, a Swiss manufacturer of high-end clocks. MB&F and L’Epée 1839 have been in collaboration for many years, producing clocks that are not only made of the highest quality inner workings, but also made with designs that challenge the aesthetics of the traditional clock, inspired by science-fiction, space, and biology.

One might mistake the Octopod for a spider (they actually do have one), but the design is actually named after its namesake, the octopus. The futuristic, robotic-looking Octopod clock has eight jointed legs, which you can adjust however you please to strike different poses. Its bulbous head is also adjustable so that you have an optimum view of the time — which is the main function of this MB&F clock, after all.

But it’s not all just space-age aesthetics to the US$36,000 Octopod. Its movement as well, is one to take notice of and credit its hefty price tag towards. The balance wheel and going train are mounted on the minute hand, which means the escape rotates 360º every hour. While it’s not a genuine tourbillon, the concept is still prevalent. Visually as well, the movement appears to be floating within the globe — it is actually resting on a mineral glass base plate. The Octopod is available in three limited-edition colours of black PVD, blue PVD, and palladium.

Here’s also a little tidbit for you about the MB&F Octopod: the glass globe is inspired by the mini submarines in The Abyss, a film by James Cameron. Now that’s something you can tell people when they admire your RM152,442 clock.

MB&F Sci-Fi MB&F octopod octopod clock MB&F L'epee 1839 L'epee 1839 futuristic home decor sci-fi clock luxury clock home timepiece octopus
PohNee Chin
Editor, Kuala Lumpur
Poh Nee is the editor and writes about travel and drinks. When she's not living out her holiday dreams via Google Earth and sipping on an Old Fashioned down at the local bars, you can find her snug at home bingeing on Netflix and mystery fiction.
Travel Drinks