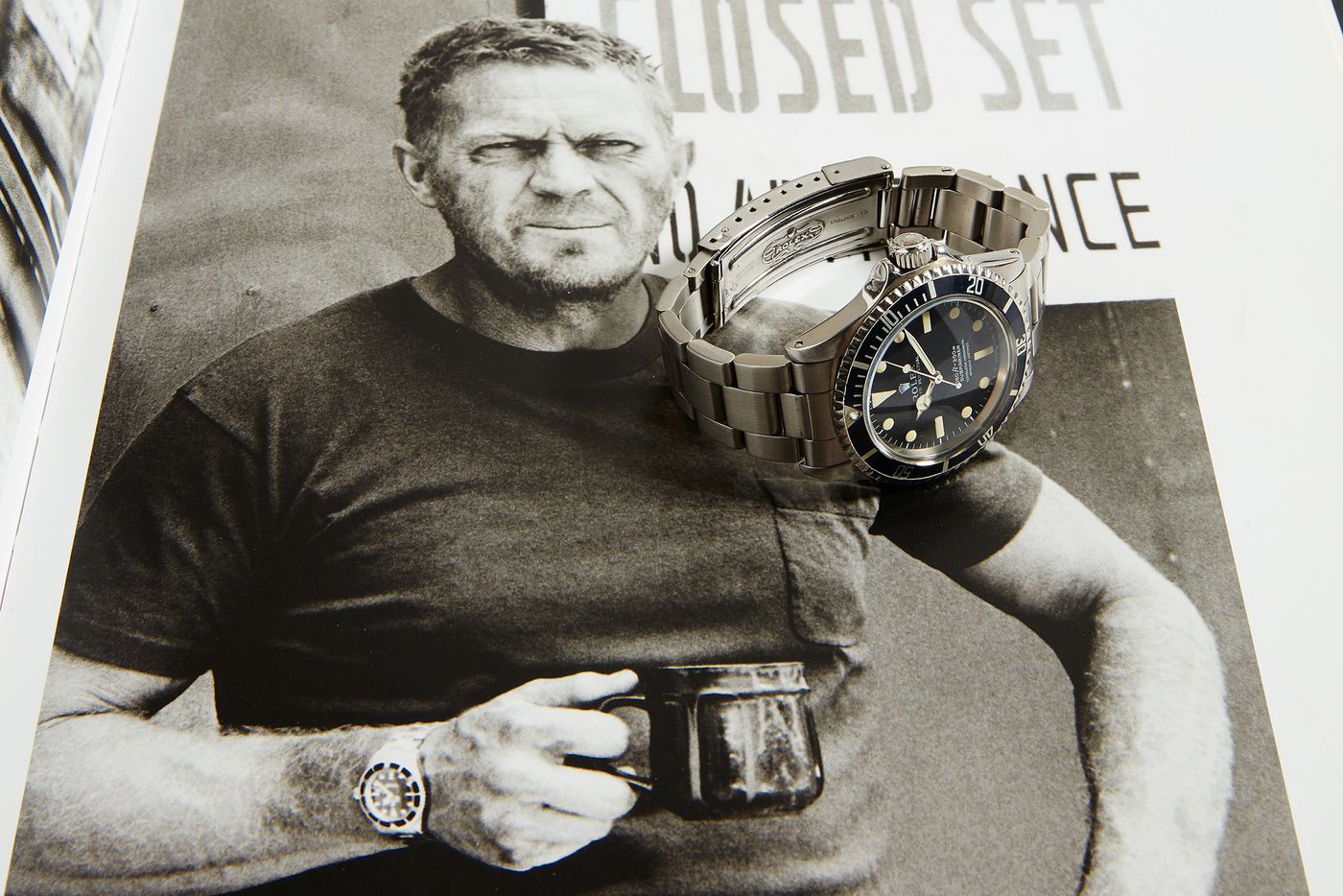 Steve McQueen’s iconic Rolex Submariner is going up for auction

The late American actor Steve McQueen is known as the ‘King of Cool’ for many reasons. For the speed demon, it’s his vintage car collection, which featured many variations of different Porsches. To the avid watch fans, it’s more likely about McQueen’s love of watches. Most notably, the Rolex Submariner Reference 5512, which sold for US$234,000 back in 2009.

This time around, it will be the Rolex Submariner Reference 5513 that will be up for auction at the Phillips auction house this coming October. This particular reference was purchased by McQueen back in the ‘60s and gifted to his stuntman, Loren Janes in the late ‘70s. What makes the watch so special is the engraving on the back, which reads, “LOREN, THE BEST DAMN STUNTMAN IN THE WORLD – STEVE” — yes, in capital letters.

If that doesn’t get you even a little bit choked up, we don’t know what will.

To give you an example of how close-knit the two were, Janes was McQueen’s stunt double in 19 of the 27 major motion pictures McQueen was in.

The watch was thought to have perished in the 2016 Santa Clarity Valley sand fire wildfire. Thankfully, it was recovered within the rubble and ashes. After going through a period of restoration with Rolex itself, the Rolex Submariner Reference 5513 was purchased off Janes’ family by Michael Eisenberg.

Eisenberg is a known Hollywood memorabilia collector and Beverly Hills Real Estate broker, who then consigned the watch to Phillips for its October auction in New York. The Rolex Submariner Reference 5513 will have an estimated value between US$300,000 to US$600,000.

If you’re wondering why this particular Rolex watch is worth so much, it probably has something to do with McQueen’s legacy on the silver screen, which earned him the nickname “The King of Cool”. A multiple Golden Globe nominee as well as bagging an Academy Award for his 1966 classic, The Sand Pebbles, McQueen’s name alone will definitely pull a crowd at an auction.

While McQueen has been seen with various other Rolex Submariners in the past, it’s hard to find any other watch with its own level of personalisation. The watch will be sold with an accompanying letter signed by Janes himself, confirming its provenance.

Watches Timepieces Rolex Rolex Submariner Steve McQueen Rolex Watches Iconic Timepieces
Wi-Liam Teh
Senior Writer
Wi-Liam is a geek at heart with a penchant for tattoos. Never without a drink in hand (preferably whisky, gin, or Guinness), he is also a writer by day and a keyboard warrior by night. On his day off, he masquerades as a streetwear and sneakerhead enthusiast while his bank account says otherwise.
Tech Cars Watches Entertainment Food Drinks
Sign up for our newsletters to have the latest stories delivered straight to your inbox every week.