Two worlds, one track. Watches and motorsports have been flirting on and off track for decades now. TAG Heuer and Porsche, two names of race royalty, finally unite over a partnership that’ll race into the sunset. Presenting the TAG Heuer Carrera Porsche Chronograph special editions.

It’s nearly impossible to miss a ‘TAG Heuer’ advertisement at a racing event back in the ’60s. Whether you’re at the circuit, watching it on a boxed television or well, even at the movies. On the other hand, German wünderbrand Porsche could very well be considered a metaphor for racing success, we’ve witnessed their strides over the decades in numerous branches of the sport. Even though TAG and Porsche come from two unique and marvellous worlds of engineering, they still always met at one track. 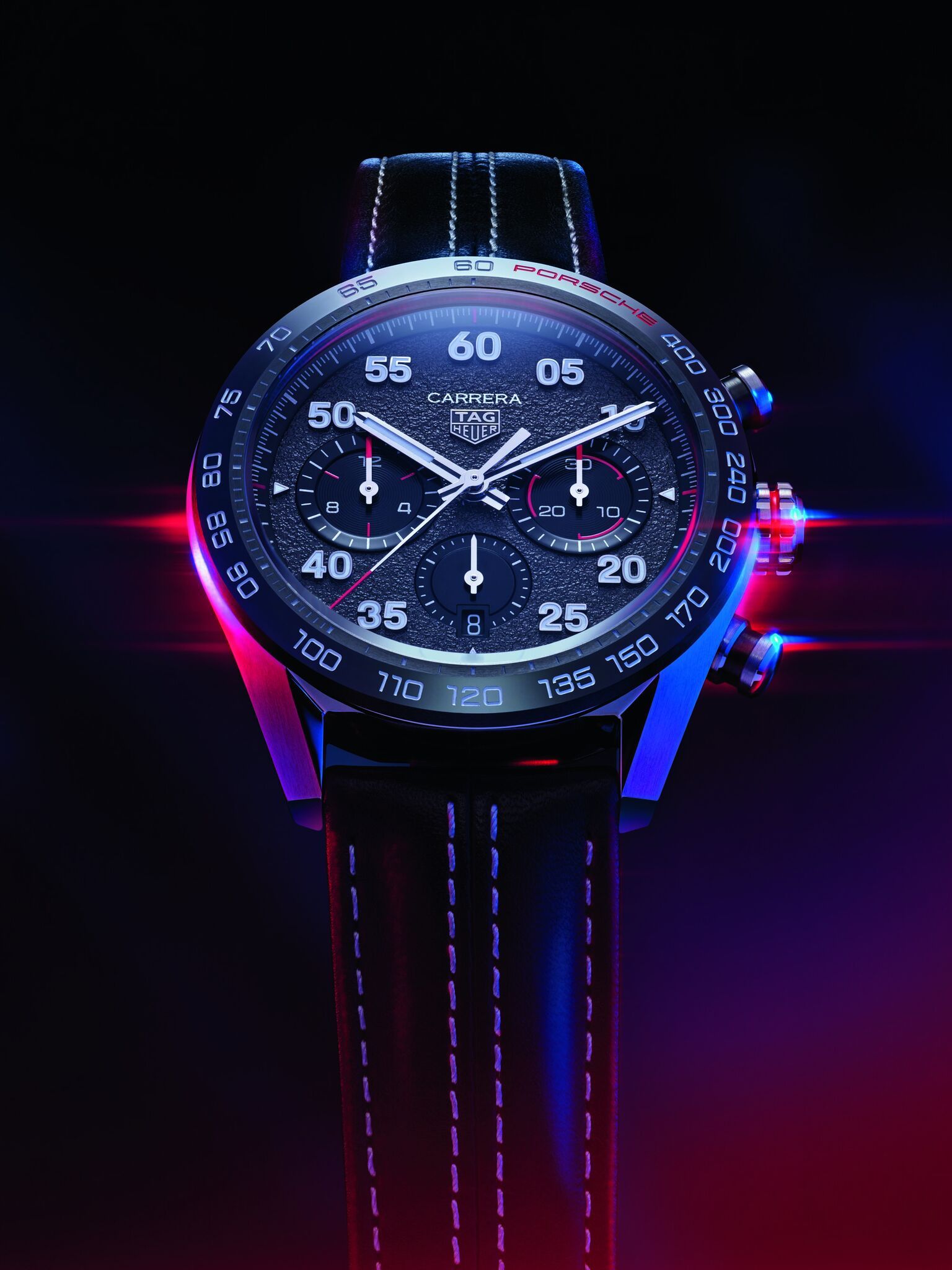 Celebrating a cross-industry partnership for the future, the two racing titans unite over, what we’d like to call, a ‘real treat’ for motorsport and watchmaking enthusiasts. Take a look at the special edition – TAG Heuer Carrera Porsche Chronograph models. 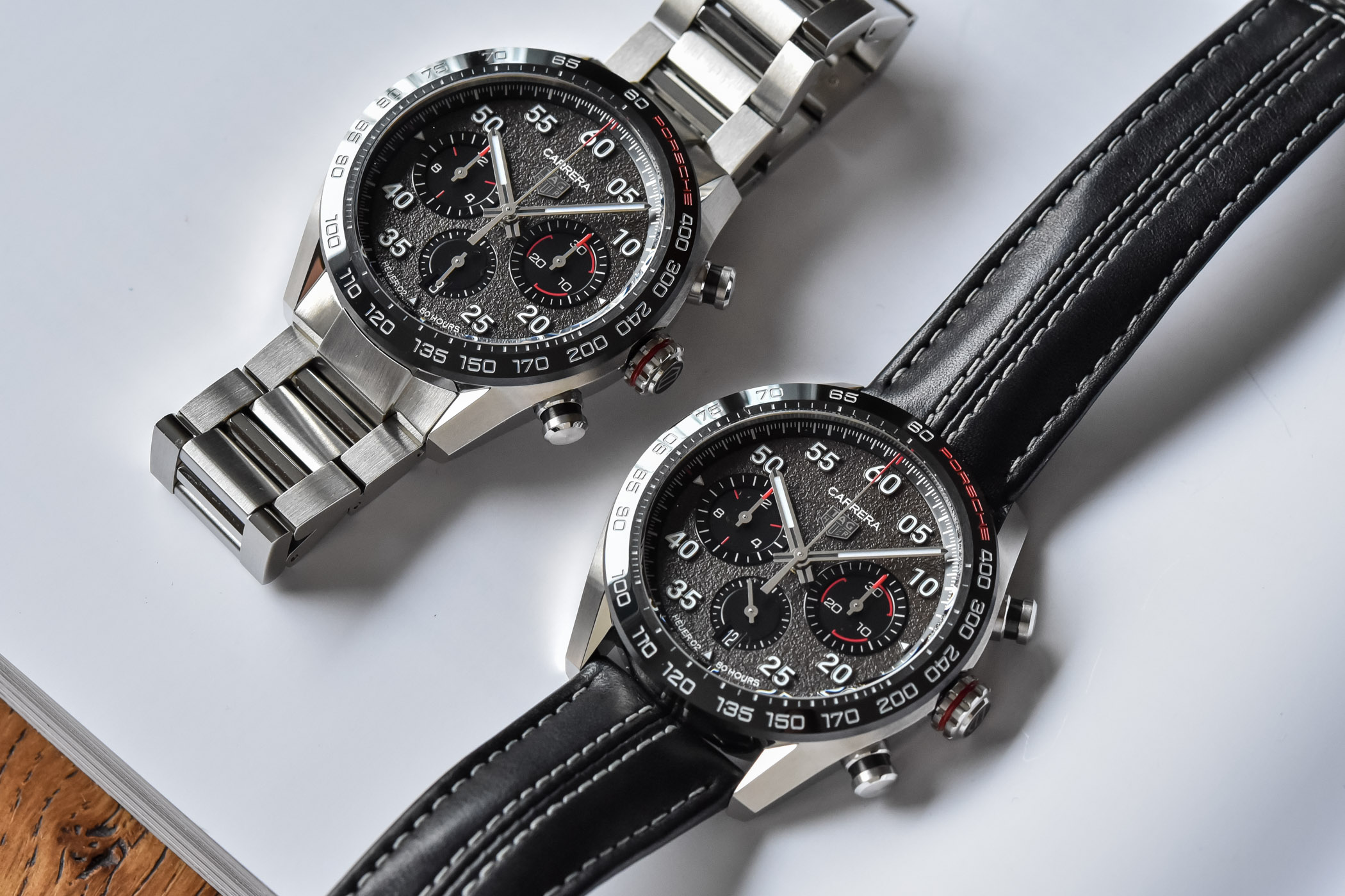 It’s almost strange that the two names haven’t united before, it seems almost as if they were friendly pit-crew members. Let’s take a tiny history lesson. Shortly after the brand was born, Porsche found very early and classy success with their 1954 Carrera Panamericana. In an ode to that, Porsche called their most powerful engine ‘Carrera’, which also became a breed of its own. But anyway, during the time, Jack Heuer was spearheading the Heuer family business and in 1963, he introduced the world to the Heuer Carrera chronograph, a timepiece designed and crafted especially for racing drivers. This was the first time the two brands met and it truly was a match made for destiny. 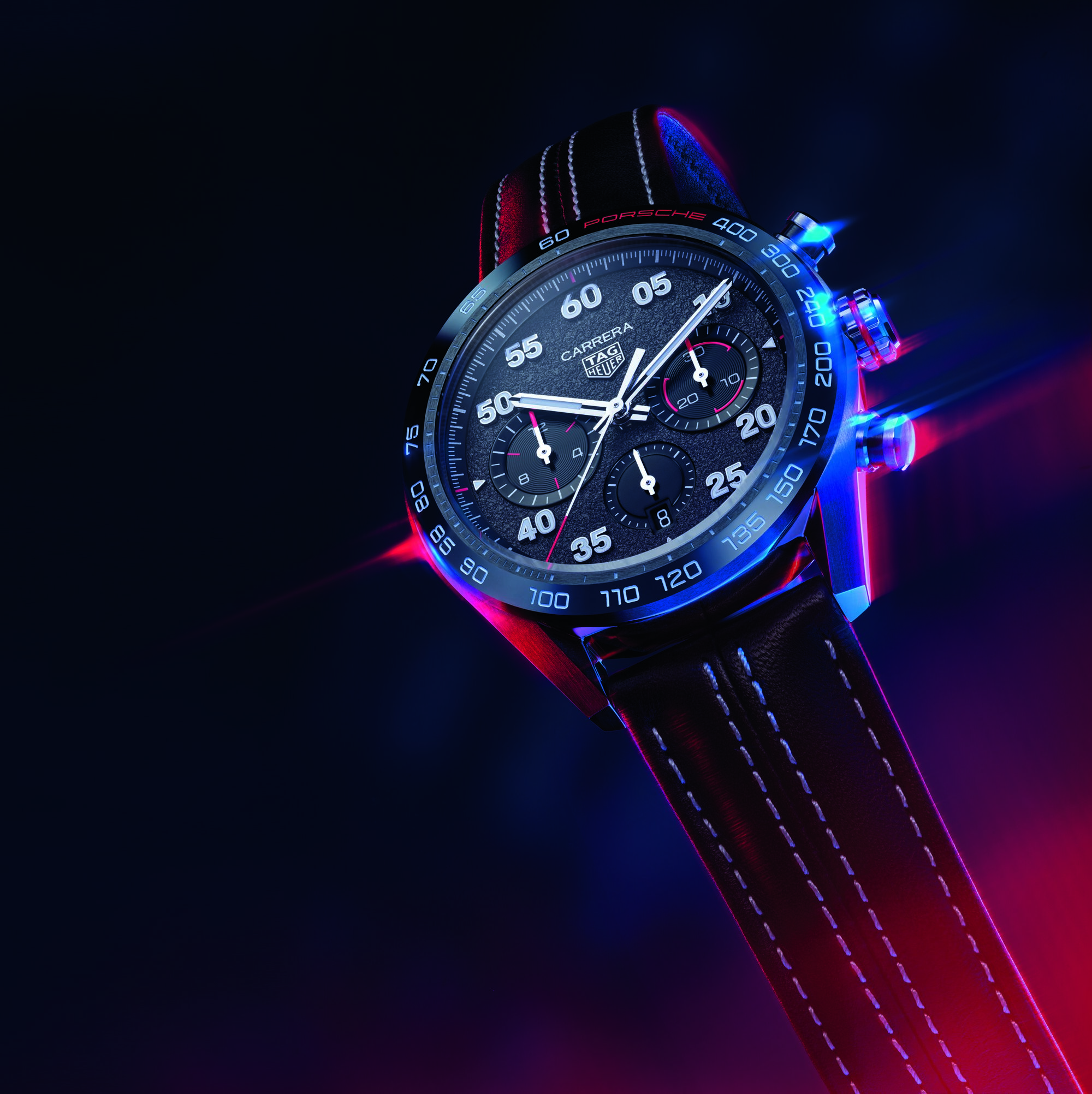 Inspired by the Porsche colours of racing, TAG comes forth with a red/black/white colourway for these pieces. Over the 44-mm case, rests a Porsche-stickered black ceramic bezel. The mastery on the dial mustn’t go unnoticed. The base of the dial is meant to mimic a rugged asphalt texture. Another cool detail we see, are the numerals. They minute indicators, instead of hours, which creates the appearance of a racecar’s speedometer. 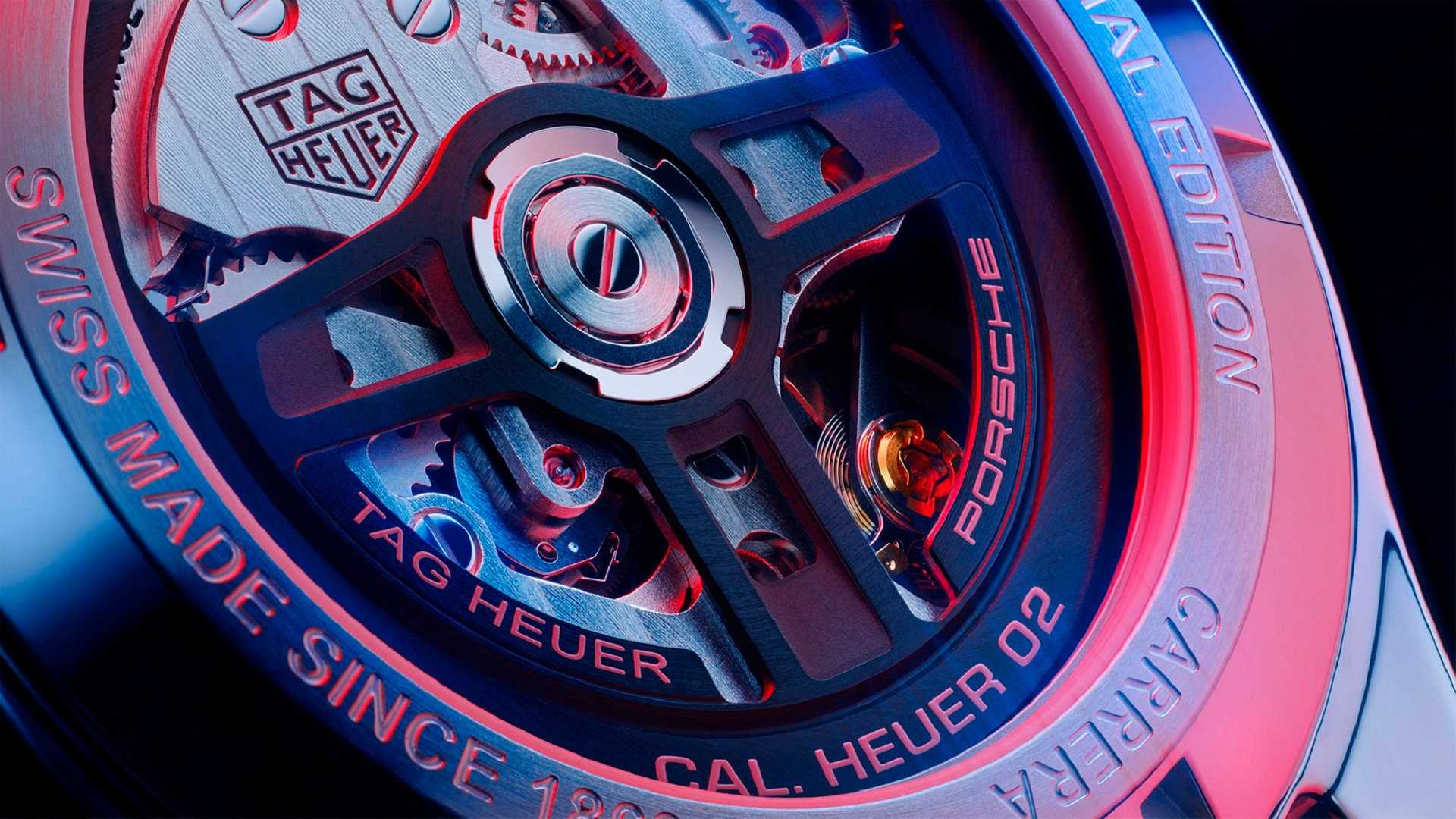 With a centre-fixed chronograph hand for seconds, it has an additional sub-dial for seconds at 3 o’clock and a 12-hour dial at 9 o’clock. To the bottom, we see a tiny date window to complete the package. If you switch off the lights, you’ll see a Super-LumiNova effect on the indexes. Cased out of steel, you get options of a steel or leather strap. To the rear, we open caseback puts the Heuer 02 Automatic Calibre on display. It comes with an 80-hour power reserve.