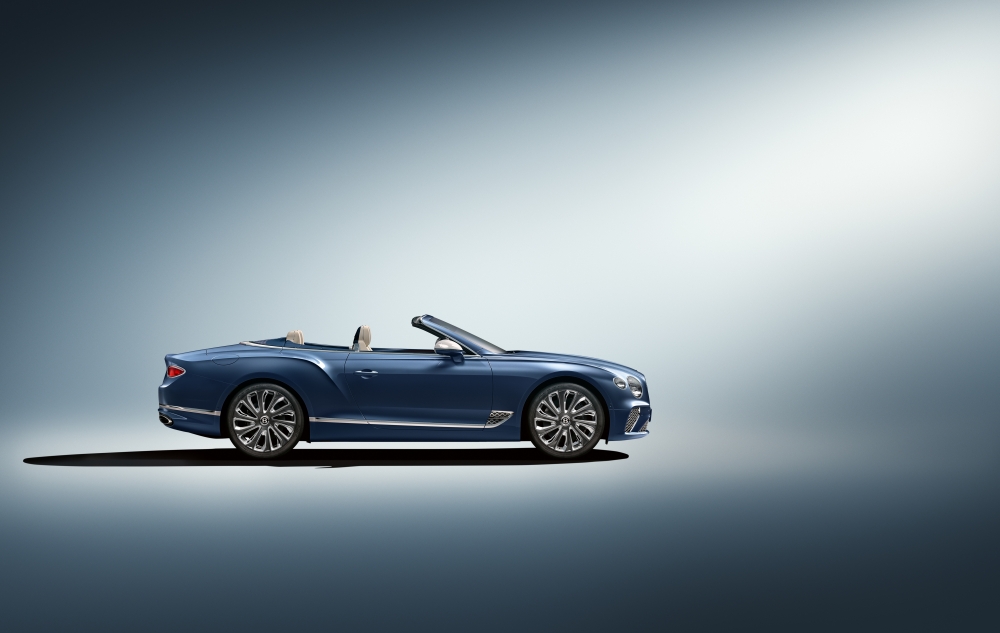 The Breitling Premier Bentley Mulliner timepiece is the ultimate flex

If you’re looking for a timepiece that is capable of drawing attention at first glance, look no further than the Breitling Premier Bentley Mulliner timepiece.

The watch draws inspiration from the Bentley Continental GT Mulliner convertible, something Breitling is familiar with, having worked with Bentley Motors since 2002. What started out as creating an onboard clock for the 2003 Continental GT has since blossomed into a 17-year partnership, which culminates in the Breitling Premier Bentley Mulliner limited-edition timepiece.

There are only 1,000 pieces available, making this a very much sought after watch. The case of the watch is a 42mm stainless steel with a blue alligator leather strap, resembling the Imperial Blue leather interior of the car. It also comes with two blue sundials on the 9 and 3 o’clock, which is a small-second subdial and a 30-minute counter respectively. To ensure the watch is ever-accurate in its timing, it’s also a COSC-certified chronometer.

And of course, leave it to Breitling to link its philosophy to the timepiece and the dashboard clock. Both showcase sets of Arabic numerals — the clock has  12, 3, 6, and 9 while the timepiece shows every other hour instead. Sharing these numerals across the two pieces is a nod to the design DNA they share.

Being a limited-edition timepiece, you can expect the Breitling Premier Bentley Mulliner timepiece to feature some sort of engraving. This appears on the transparent sapphire case back, which reads: “MULLINER EDITION – BREITLING – ONE OF 1000”.

Watches Breitling Bentley bentley mulliner
You might also like ...
Gear
Take a look at Bentley’s new flagship, the Flying Spur
Style
Breitling revamps another old favourite with the new AVI Ref. 765 1953 re-edition
Wi-Liam Teh
Senior Writer
Wi-Liam is a geek at heart with a penchant for tattoos. Never without a drink in hand (preferably whisky, gin, or Guinness), he is also a writer by day and a keyboard warrior by night. On his day off, he masquerades as a streetwear and sneakerhead enthusiast while his bank account says otherwise.
Tech Cars Watches Entertainment Food Drinks