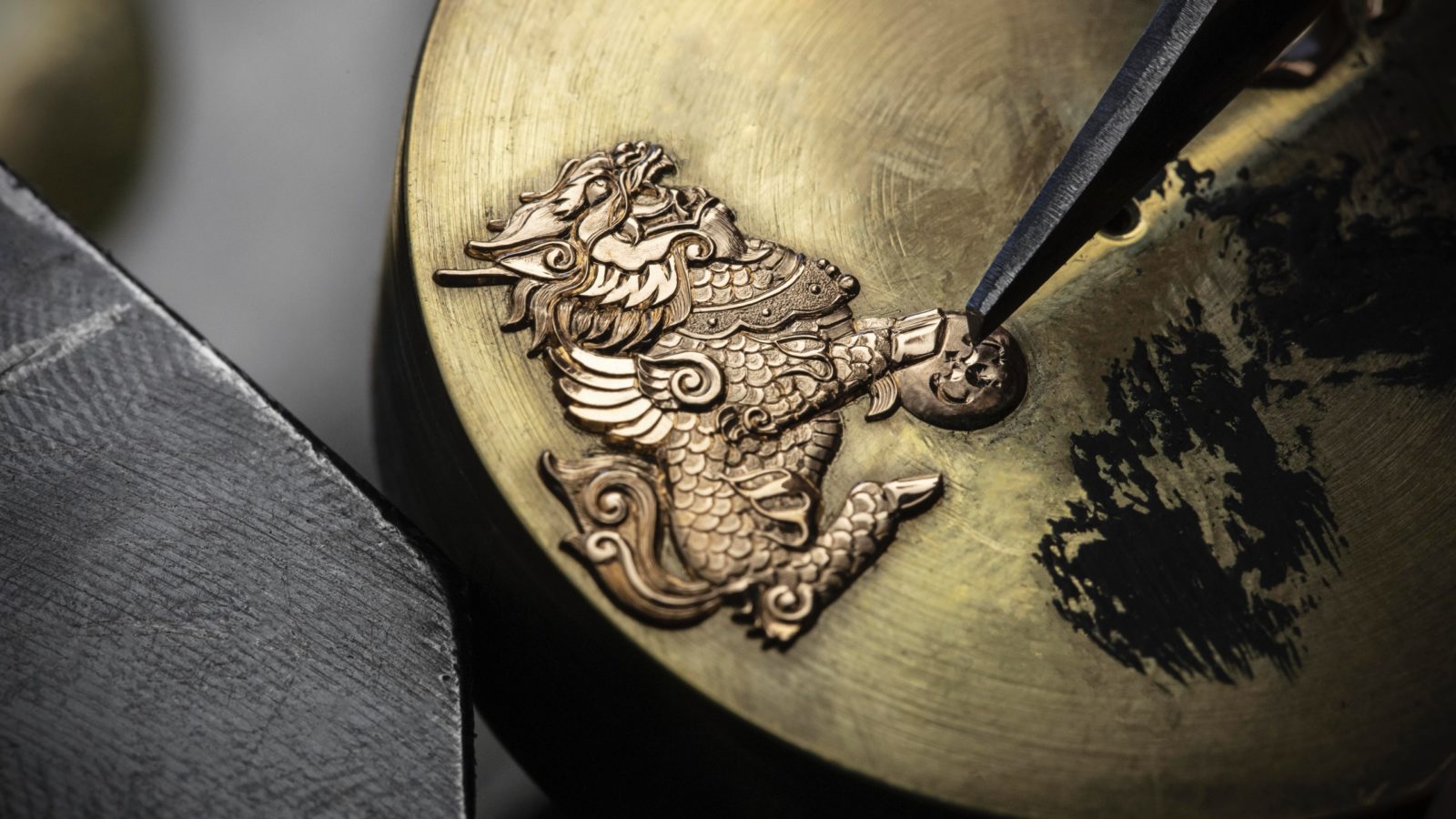 That is, if you’re lucky enough to get your hands on one.

The number eight. A field of four-leaf clovers. Stopping to pocket faced-up pennies. Luck and its many harbingers are as myriad as the cultures and lore that have deemed them so. Marking an optimistic send-off to 2020, Vacheron Constantin’s newest Traditionelle Tourbillon pays homage to the qilin: a creature of Chinese mythology that brings with it eras of peace, prosperity and greatness — all things desperately needed after the year we’ve just had.

Like the sphinx or griffin, the qilin is a composite beast; one that combines the body of a deer; the scales of fish; the tail of an ox; the head of a dragon. Some even call it the Chinese unicorn. Hours of fine, delicate craftsmanship went into bringing the pair of qilins — sitting pretty on the piece’s hand-crafted guilloché dial — to life. Craftsmen perfected the pounced ornament technique in the process, which consisted of pushing, softening and scraping into 22k 5N pink-gold no more than 0.4mm thick. Subtle peaks and troughs (especially apparent atop the beasts’s coat and scales) introduce a precise world of detail to the thin relief artworks; a true testament to the artisanal mastery and artistry it takes to actualise a VC timepiece.

The attention to detail and tangible evidence of hand-engraving do not start and end with the application of the qilins, however. From the bezel and curved lugs to the stepped sides of the timepiece’s case, a fine-lined, circular cloud motif emerges; a graphic moment that recalls the same motif underlining the beasts. After all, it is believed that the qilin — while fierce in appearance — is an unconditionally benevolent creature that cannot stand to even hurt a blade of grass by stepping on it. Travel by cloud, then, is preferable.

A timepiece with a posterior as stunning as its head-on view, the transparent sapphire crystal caseback offers an unhindered window for admiring the calibre 2260: VC’s in-house mechanical manual-winding movement, considered one of the most sophisticated in Haute Horlogerie with a remarkable 14-day power reserve.

In line with numerous other watches in VC’s roster, this Traditionelle Tourbillon extends into a black Mississippiensis alligator leather strap. However, this instance gains another context, as the bracelet’s large, squared-off scales reference back to the Qilins’s scale-covered bodies — a brought-into-real-life interpretation of a timepiece borne out of legend and mythical folklore.

As luck would have it, VC is releasing this extremely limited timepiece in the tune of a very special number: 18.

Watch Vacheron Constantin Vacheron Constantin new watches qilin
Joey Wong
Editor
Constantly in pursuit of a multi-hyphenated career, Joey has written her way through fashion trends, youth culture and luxury retail in New York and Hong Kong. Beyond internet adventures tracking down the perfect vintage find, you can probably catch her sipping on her third oat milk latte of the day in the city’s newest café. She’s currently mourning the loss of TikTok in Hong Kong.
Style Watches Culture

Wrist Watch: Classy timepieces to celebrate the fearless woman in you

These are the Rolex timepieces inspired by famous expeditions