Home > Style > Watches > Watches to look out for at Wimbledon

Watches to look out for at Wimbledon

For those of us less inclined to the violence of contact sport, grab that remote and switch over to the second greatest sporting event happening in the world right now. Yes, it’s that time of the year, when everyone dons their best garb, gorge themselves on strawberries and cream whilst quietly sipping through a whole jug of Pimms cocktail.

Wimbledon is here and it’s already in full swing. The other perk of spectating tennis is the glorious amount of watch-spotting to be had. We have a look at our favourite players and what you can expect to see this tournament.

Roger Federer
Last year Federer won the championship and wore the Rolex Datejust 41mm in steel and yellow gold with a slate grey dial and roman numerals. It was a classic choice from the watchmaker with the Datejust having been first released in 1946. The classy timepiece contains an automatic 3235 movement giving the timepiece a 70-hour power reserve.

This year however, we expect to see a more modern stainless steel Rolex Sky-Dweller, which he has been spotted wrapped around his wrist at the Stuttgart and Halle tournaments. The Sky-Dweller comes in at a cool USD39,550.

Living
Why polo, the sport of kings is no longer reserved for royalty

Rafael Nadal
After Nadal won the French Open 2018 and the post-match analysis had been concluded, a lot of people began talking about his sensational timepiece. During the entirety of the play, Nadal sported a Richard Mille timepiece worth USD725,000. Expensive gear for the ‘king of clay.’

It was his 11th time winning the tournament and certainly one of the most expensive timepieces ever seen on the clay court. The RM27-03 is an ultra lightweight watch weighs just about 20 grams and has a special construction so that it can withstand 10,000 G’s of force.

The RM 27-03 has a high-tech Quartz TPT for the case, and is made in red and yellow colors to pay homage to Rafa’s homeland of Spain. The watch is a manual winding tourbillon with a power reserve of 70 hours. The baseplate of the movement is skeletonised and made from another high-tech Carbon TPT. It seems he has adopted the watch as a lucky charm. He is currently battling through Wimbledon with it firmly strapped to his wrist.

Novak Djokovic
The three-time Wimbledon champion has a long standing relationship with Seiko and last year’s Kinetic Perpetual Premier watch, designed specifically for Djokovic was a commercial hit. This year, Seiko has given the player a watch more suited for a sports attire as opposed to a formal setting.

The 2018 Premier creation incorporates an automatic calibre, housed in the classic Premier case with markers, dial and strap that have a sports feel. The movement is a new version of the 4R calibre, specially designed for a skeleton dial. Two versions will be released as limited editions — 2,000 pieces of a dynamic blue and black colour combination or 3,000 units of classic rose gold tone. 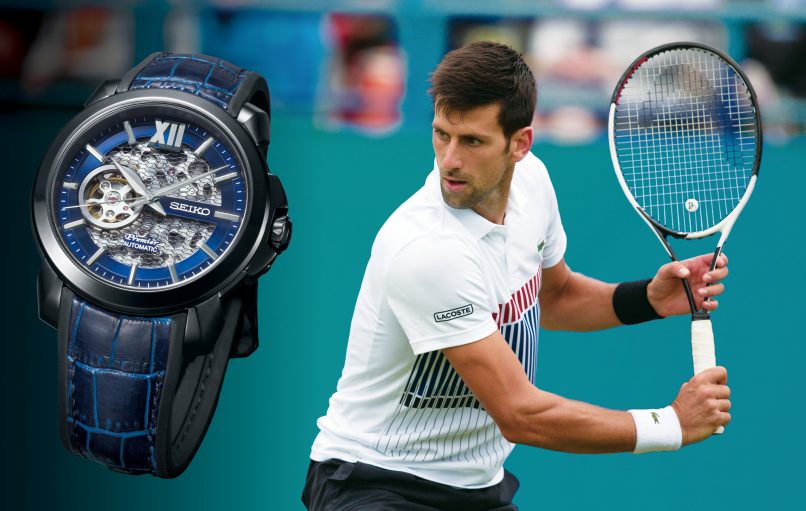 Serena Williams
The world number one female tennis player has been wearing Audemars Piguet watches on court since the beginning of the 2014 and became an official ambassador of the brand later that year. The relationship obviously paid off since she went on to win Wimbledon in two consecutive years in 2015 and 2016. Since then she hasn’t played a game without one.

This year, it looks like she is armed with her new Audemars Piguet’s Millenary in Rose Gold. She chose to wore this piece as she won Australian Open in 2017 and will set you back about USD30,000. On a pearl white alligator strap, with diamonds on the bezel and lugs, it has sizeable oval case and off-centred dial tie technical prowess to neo-classical aesthetics. The watch also contains a reversed calibre 4101 to enable the dial side to display components that are usually hidden. 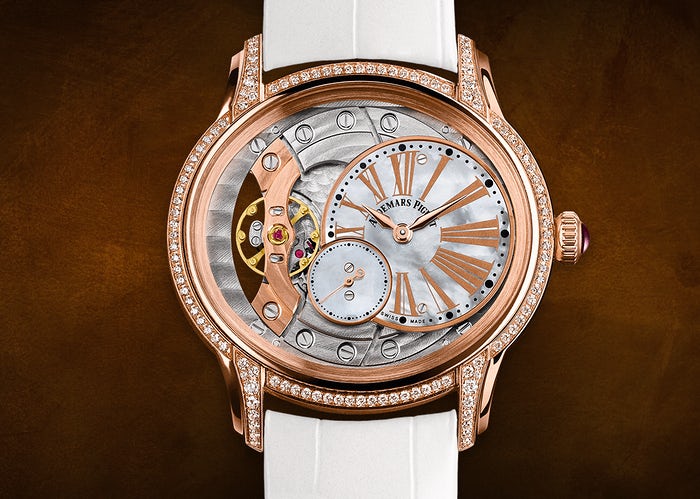