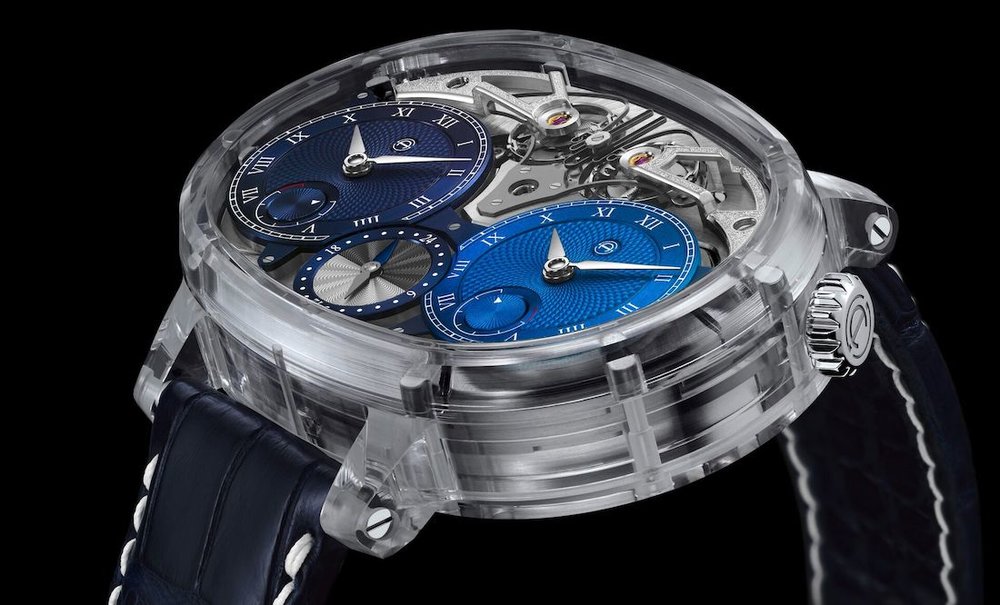 The calendar year is riddled with luxury watch events like SIHH and Baselworld. However, over the years plenty of big brands and companies are pulling out of said trade shows. With that said, many people have since turned to smaller, more intimate trade shows and exhibitions, much like WatchTime LA. This was the first time WatchTime made its appearance on the West Coast after spending its time in the east for four years.

WatchTime New York has already established itself to be one of the largest and most significant luxury watch events in the United States. Last year saw a total of 1,400 collectors and 31 brands gathering together at the Gotham Hall in Midtown Manhattan. Given the magnitude of just how popular WatchTime New York still is, it only makes sense to bring it to Los Angeles as well.

This year’s West Coast edition known as WatchTime LA featured a total of 27 brands as well as 15 independent watchmakers to boot, which include the likes of Zenith, A. Lange & Söhne, Jaeger-LeCoultre, MB&F, Greubel Forsey, and even Christophe Claret to name a few.

What makes WatchTime so different from the glitz and glamour of SIHH and Baselworld is that you will see both prestigious Swiss watchmakers rubbing shoulders with independent watch brands, which is rarely seen out in the open. WatchTime LA was a success safe to say with plenty of people coming out to the two-day event that happened during the 3 and 4 May 2019.

Scroll down to check out some of the most prestigious watches that made their appearance at WatchTime LA. This ranges from luxury Swiss watch brands to even your lesser-known independent brands.

Armin Strom is an independent Swiss luxury watch maker and it introduces its masterpiece, literally. The Masterpiece 1 Dual Time Resonance Sapphire was first revealed back in October 2018 and it showcases the horological expertise within. This is the latest in the Armin Strom Dual Time Resonance line-up, featuring a transparent sapphire crystal case, which gives you a great view of its inner workings. Both time indicators come with a guilloché finish and are powered by two different movements, which will allow the watch to showcase two different time zones at the same time.

While Swiss luxury watches are a dime a dozen, A. Lange & Söhne brings something different to the table as it hails from Germany. It also showcased a new white-gold, black-dialled version of the Richard Lange Jumping Seconds during WatchTime LA while also being the first data-equipped model in the Zeitwerk collection. The watch features two complementary mechanisms, which is rare in modern mechanical timepieces. It also has roots in classical horology, paying homage to how pocket watches were utilised back in the day. The movement is from Lange’s own in-house calibre known as Calibre L094.1, which is manually wound. 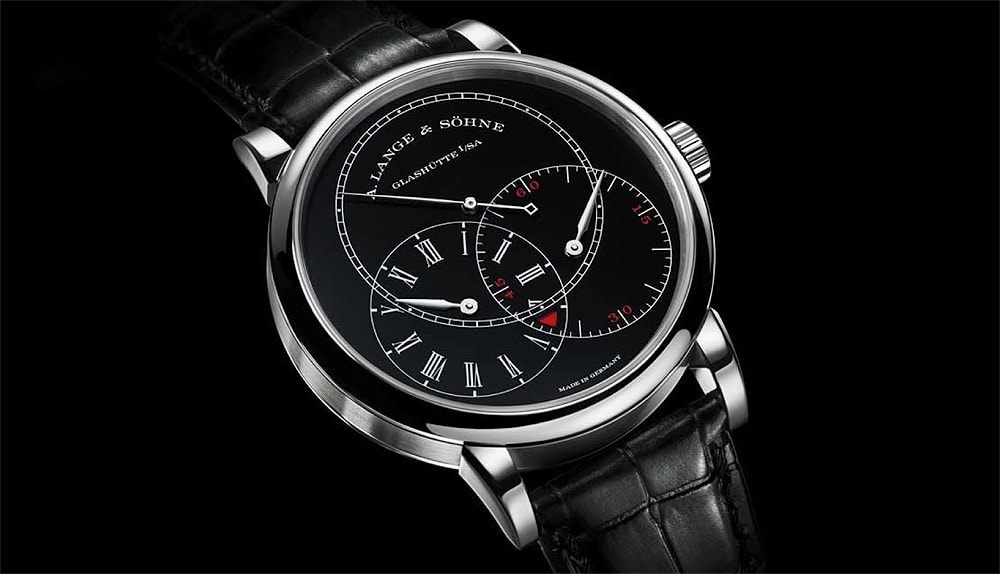 A guilloché finish on the dial is becoming increasingly common and Bovet is the latest brand to bring it to the forefront with its Virtuoso V. From the first glance, the Virtuoso V comes with an 18k rose gold Amadeo convertible case with a bright red guilloché dial. The watch also has a reverse dial with an off-centre subdial at 12 o’clock and the same red guilloché finish and Roman numeral appliqués. The Virtuoso V is also equipped with a five-day power reserve and will notify you when it needs to be rewound. The Virtuoso V can also be used as a wristwatch, table clock, or even as a pocket watch if you’re feeling nostalgic. 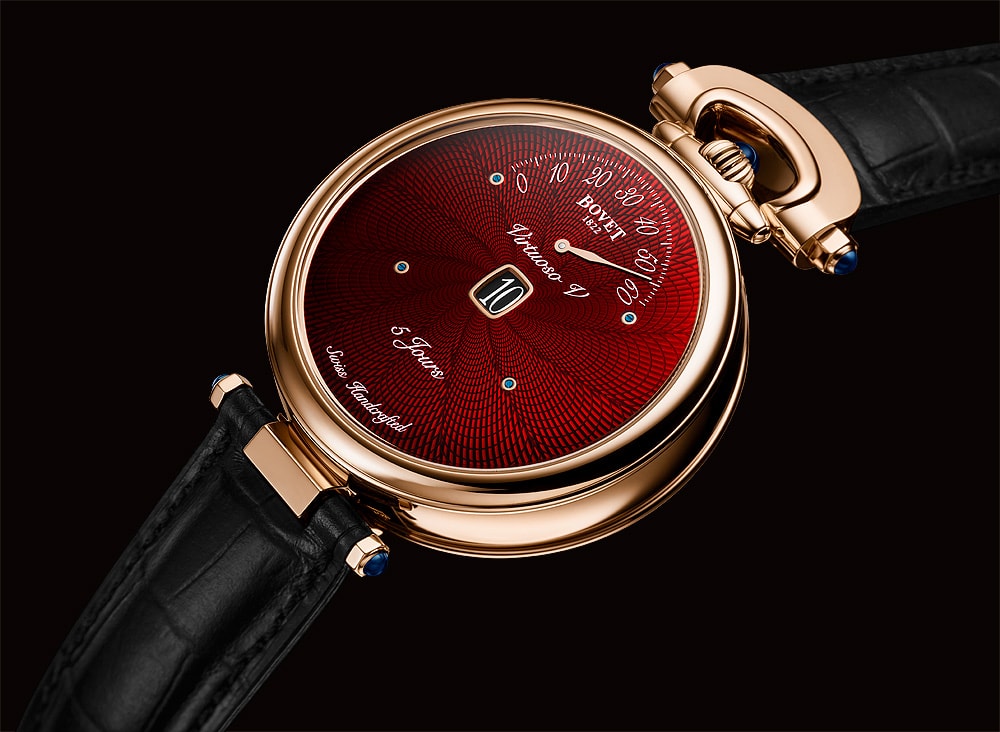 Parmigiani Fleurier brought plenty of new timepieces to SIHH 2019 with one of it being its recently revived Toric collection, the Toric Quantième Perpétuel Rétrograde. This particularly complicated model comes with an ultra-precise moon-phase, a perpetual calendar, and even a retrograde date. It features a slate guilloché dial with its characteristically curved case and a hand-knurled bezel. The case itself is made out of 18k rose gold and within it at the clear sapphire caseback rests the Parmigiani’s manufacture Caliber PF333. A moon-phase aperture sits on the 6 o’clock with a starry sky motif alongside two moons to represent both hemispheres on an aventurine disk. 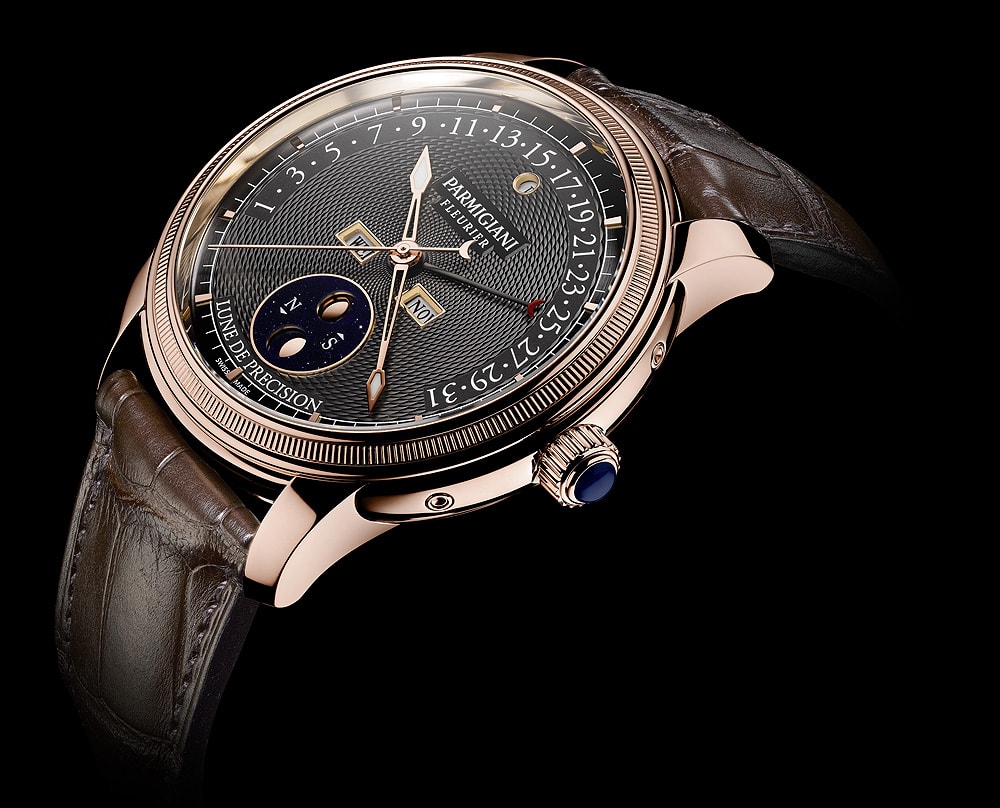 Kerbedanz is known for being the independent luxury watchmaker to feature the world’s largest tourbillon housed in a wristwatch. It now takes it one step further with the Maximus Royal Tourbillon, which has a 27mm diameter titanium tourbillon cage and is surrounded by 463 baguette-cut diamonds on the case. The tourbillon itself takes up 73 components out of the overall 415 total components within the watch. To build a tourbillon this size, Kerbedanz reimagined the movement’s construction, which was possible due to the use of titanium. Its lighter weight allows the tourbillon to complete its rotation, which makes a full rotation once every six minutes. 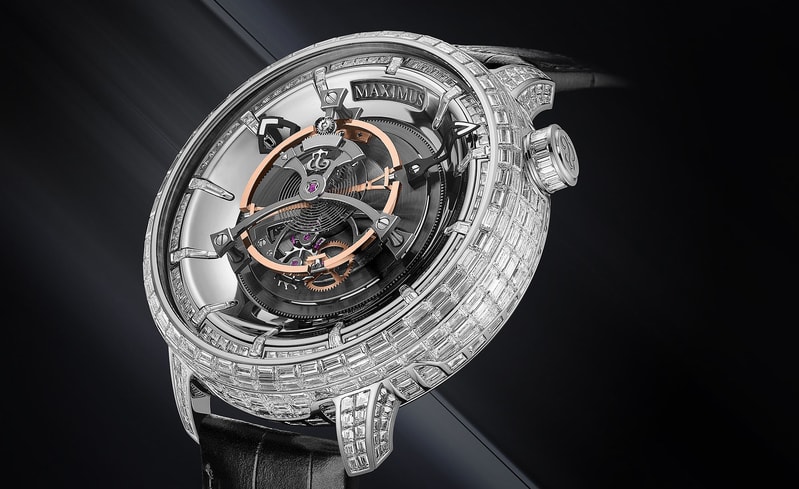 During SIHH 2019, many attendees were lucky enough to see the unveiling of HYT’s collection of H1.0 watches, which includes the Red, Blue, and Green Liquid editions. WatchTime LA was the perfect opportunity for the Swiss luxury watchmaker to debut the Black Fluid model, which also comes with its three-dimensional 48.8mm dial made out of anthracite PVD (physical vapour deposition) coated steel for the case. HYT’s signature and patented fluidic module rests at the top of the watch while its dial is outlined with a steep, deeply grooved design. Within the dial, you will also notice a rotating, unmarked seconds wheel on the left while on the right side rests a red power reserve indicator. 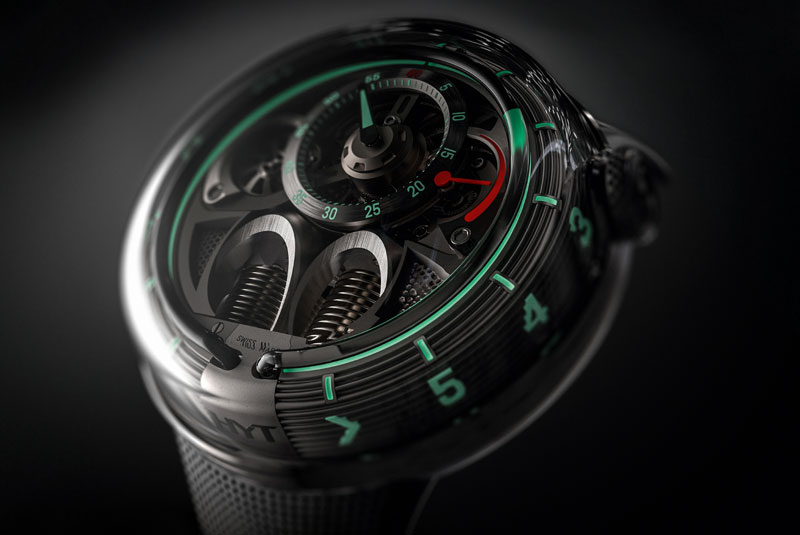 Luxury Watches Luxury Timepieces WatchTime LA WatchTime NY
Wi-Liam Teh
Senior Writer
Wi-Liam is a geek at heart with a penchant for tattoos. Never without a drink in hand (preferably whisky, gin, or Guinness), he is also a writer by day and a keyboard warrior by night. On his day off, he masquerades as a streetwear and sneakerhead enthusiast while his bank account says otherwise.
Tech Cars Watches

Style
Watch: Dior Autumn/Winter 2020 show live from Paris
Gear
Review: Mercedes-Benz A200 offers flexibility and comfort as the perfect family car
Style
Puma’s latest sportswear collection is made from recycled plastic
Style
Shaquille O’Neal teams up with Invicta to launch his own line of timepieces
Travel
Group staycations around Malaysia for your next big gathering
Style
8 fashion illustrators on Instagram to follow for a dose of stylish inspiration
Style
Breitling revamps another old favourite with the new AVI Ref. 765 1953 re-edition
Food & Drink
Share a sumptuous meal at these “dai chow” restaurants in KL
Food & Drink
Korean chef Cho Hee-sook is named Asia’s Best Female Chef for 2020
Sign up for our newsletters to have the latest stories delivered straight to your inbox every week.