5 best cocktail bars in Taipei to visit this 2017

For many, visiting Taipei is a route to a gastronomic experience they’ll remember for life. The ultra-hospitable locale prides itself on the depth of its local cuisine, satisfying anyone who arrives to hunt down some of the city’s best street food, to those flying there to dine at its remarkable restaurants.

Dining opportunities have expanded in Taipei over the last few years, but so have the options for quality drinks. The city’s boozy boom may have occurred a few steps behind Singapore’s but the cocktail bars in Taipei are no less remarkable. The speakeasy craze is still going full-force there, and so is the spirit of invention. The Taiwanese, having access to natural ingredients from surrounding farms, tend to use as much fresh produce as possible in their cocktails. Many bars also pay homage to their nation’s beloved foods by integrating classic Taiwanese flavours, especially fragrant teas into their drinks.

To those gearing up to visit Taipei, save some space and time to revel in the nation’s favourite drinking spots, some of which have even made the cut on Asia’s and the World’s 50 Best Bars lists.

Here are the 5 best cocktail bars in Taipei you need to visit. 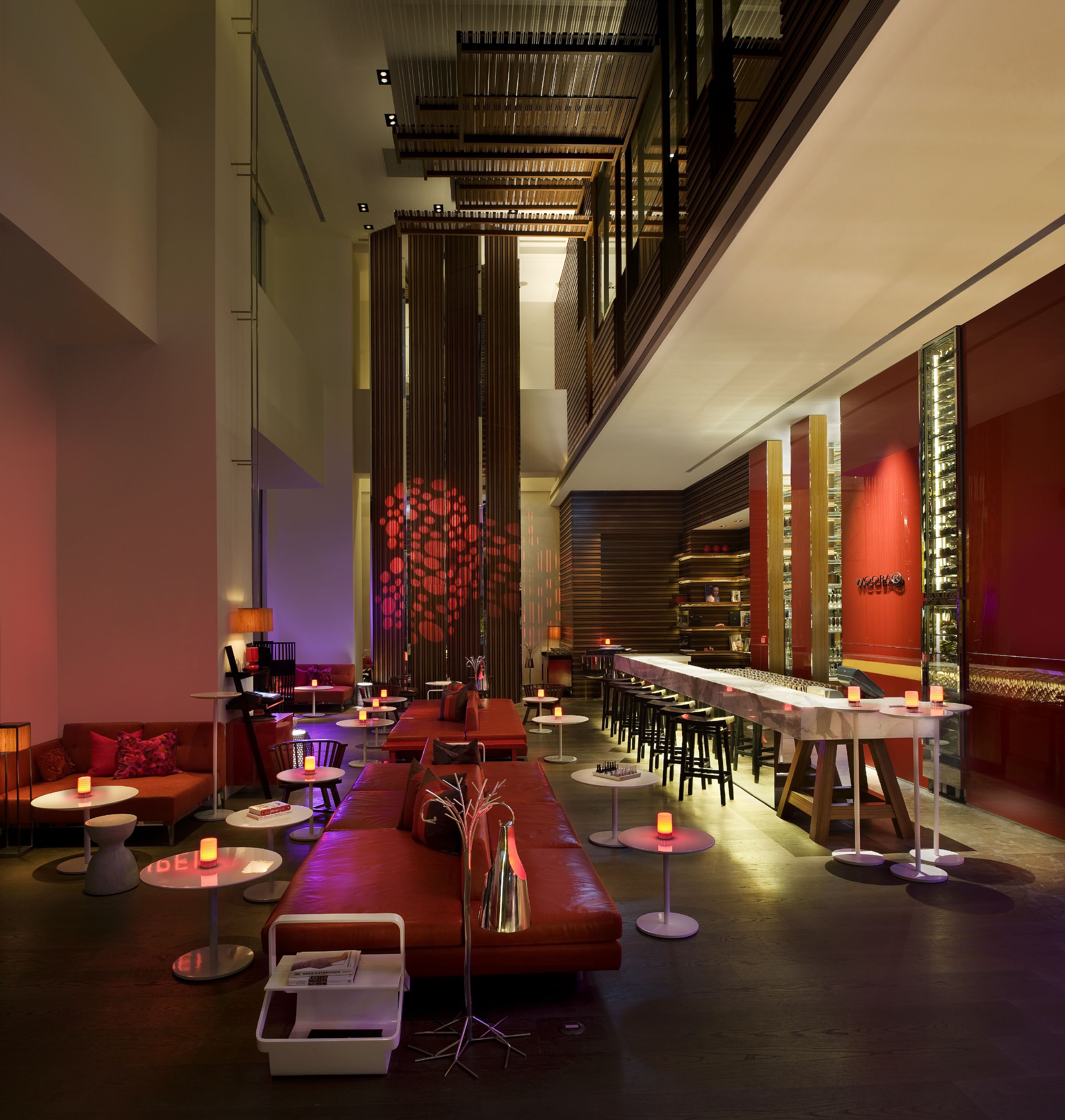 Before cocktail culture boomed in Taipei, Woo Bar was the place to be to get a good cocktail. Its sleek chinois-inspired décor is the perfect mixture of luxury and comfort, and it’s got an extensive range of signature cocktails that doesn’t disappoint. 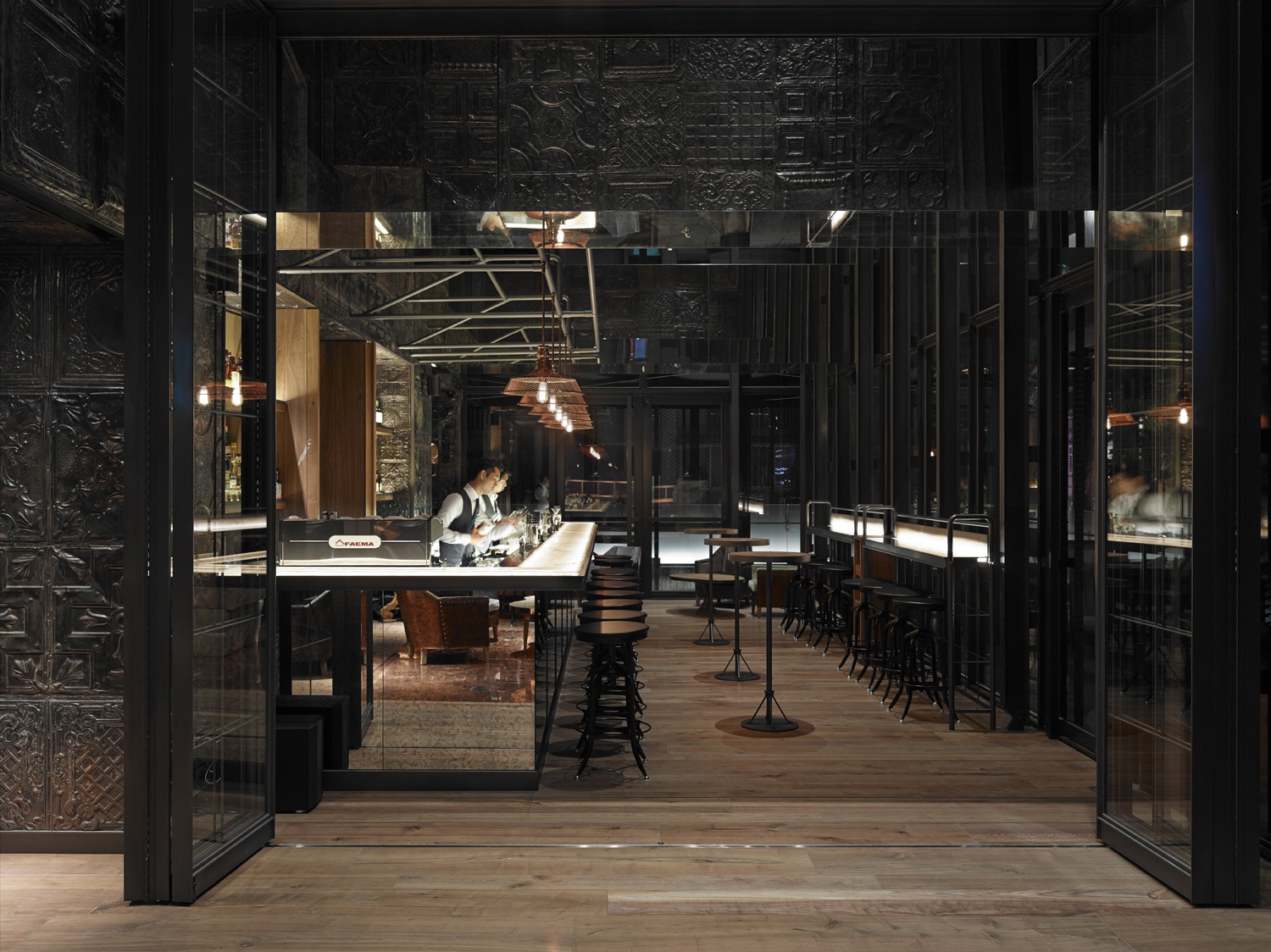 Taking the concept of kaiseki dining to cocktails, East End creates its cocktail menus based on the seasons. Housed in the striking, Instagram-worthy Proverbs Hotel, East End guarantees you an experience like no other. Aside from seasonal specials, it has a staple list of classics with a twist. Give the Hunter’s Feast cocktail a try. It’s a twist on the Old Fashioned with duck fat washed bourbon, premium tequila, and walnut bitters. East End took 39th place on 2017’s Asia’s 50 Best Bars List. 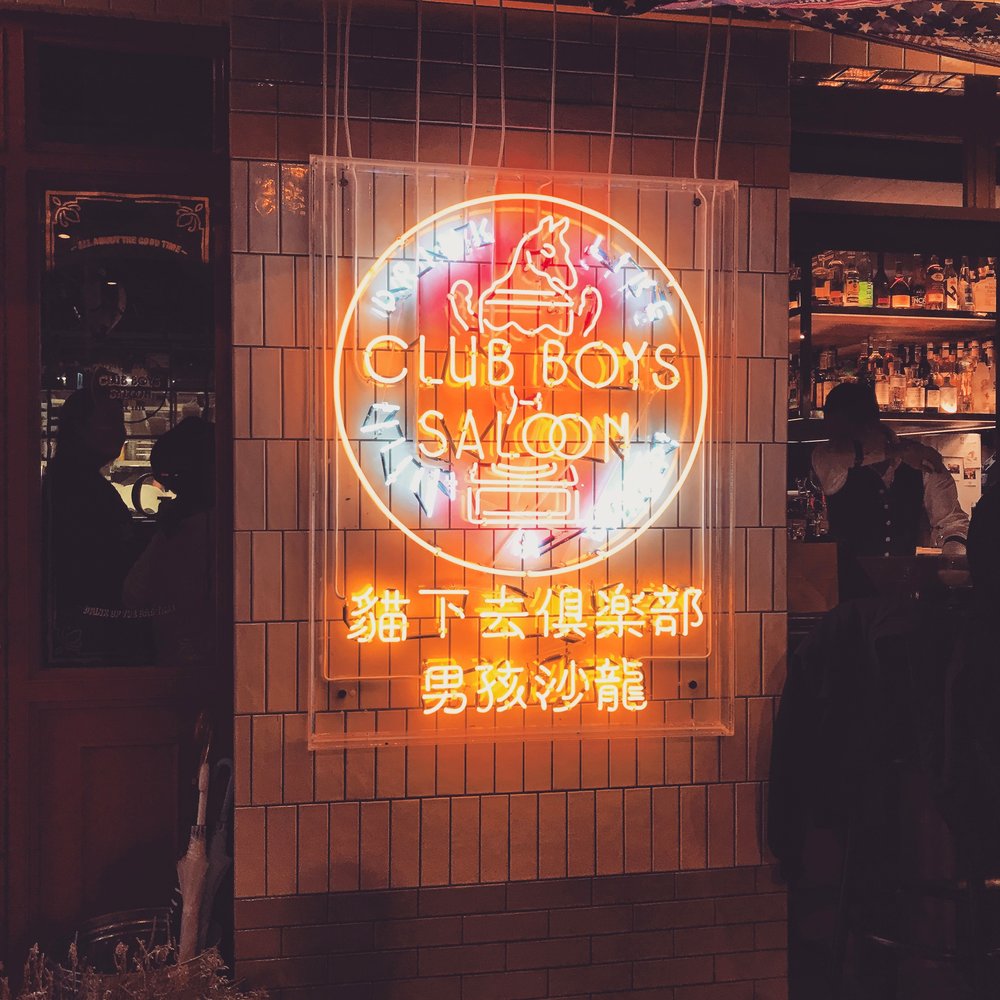 Placed at number 49 on the 2017 Asia’s 50 Best Bars list is Club Boys Saloon, located in the cool Meowvelous Taipei Fan Club restaurant. This is a haven for trendy young drinkers, especially those that love craft beers and cheeky cocktails. 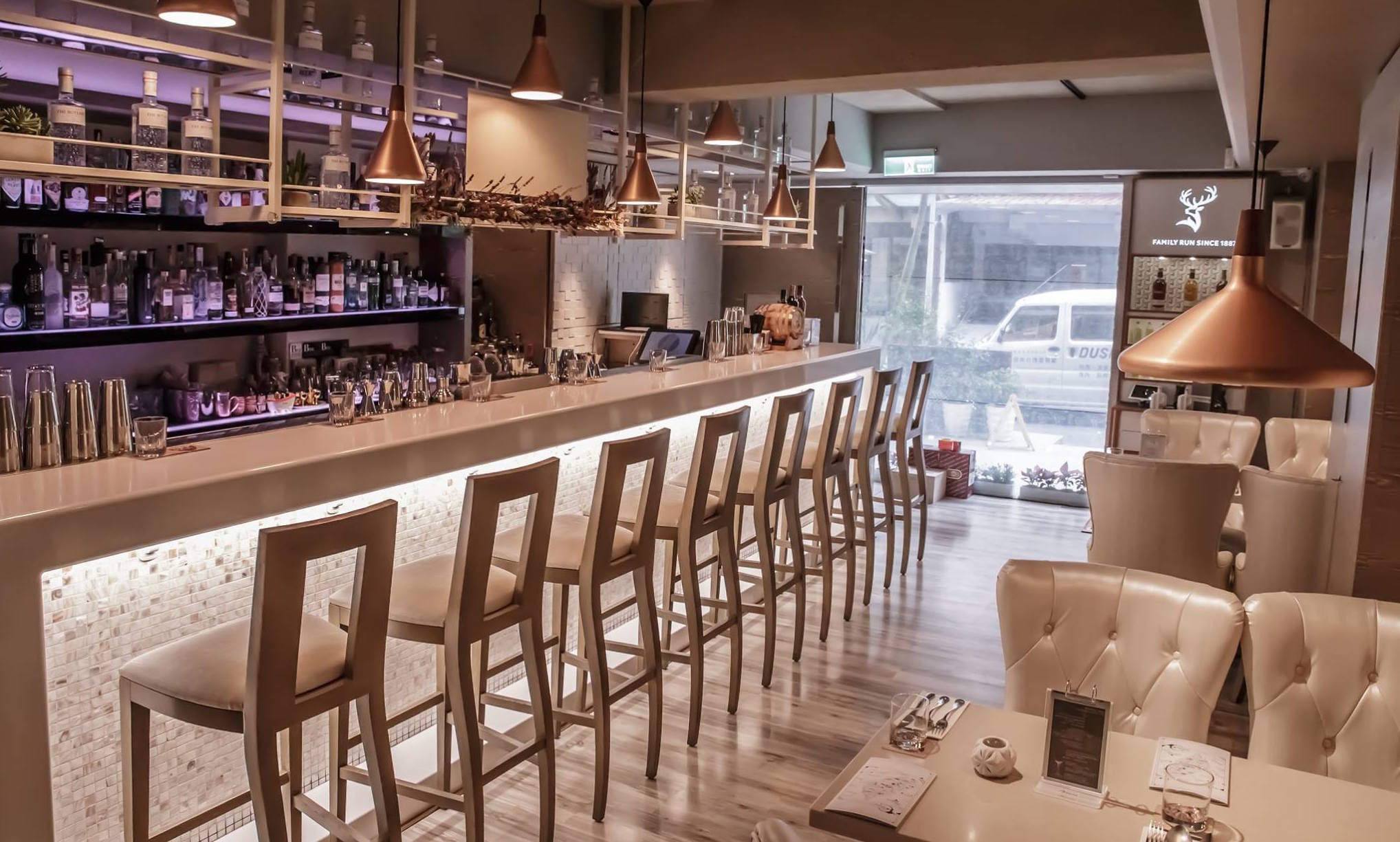 If the décor doesn’t scream indulgence, the cocktail menu does. The menu changes periodically at this bar, but the approach is always the same — trendy takes on drinks made with Taiwanese ingredients and flair. Give the Mar-Tea-Ni a try, and enjoy how the bitter smoothness of oolong-infused vermouth makes magic on your palate. Indulge Experimental Bistro also bagged fifth place on the 2017 Asia’s 50 Best Bars List. 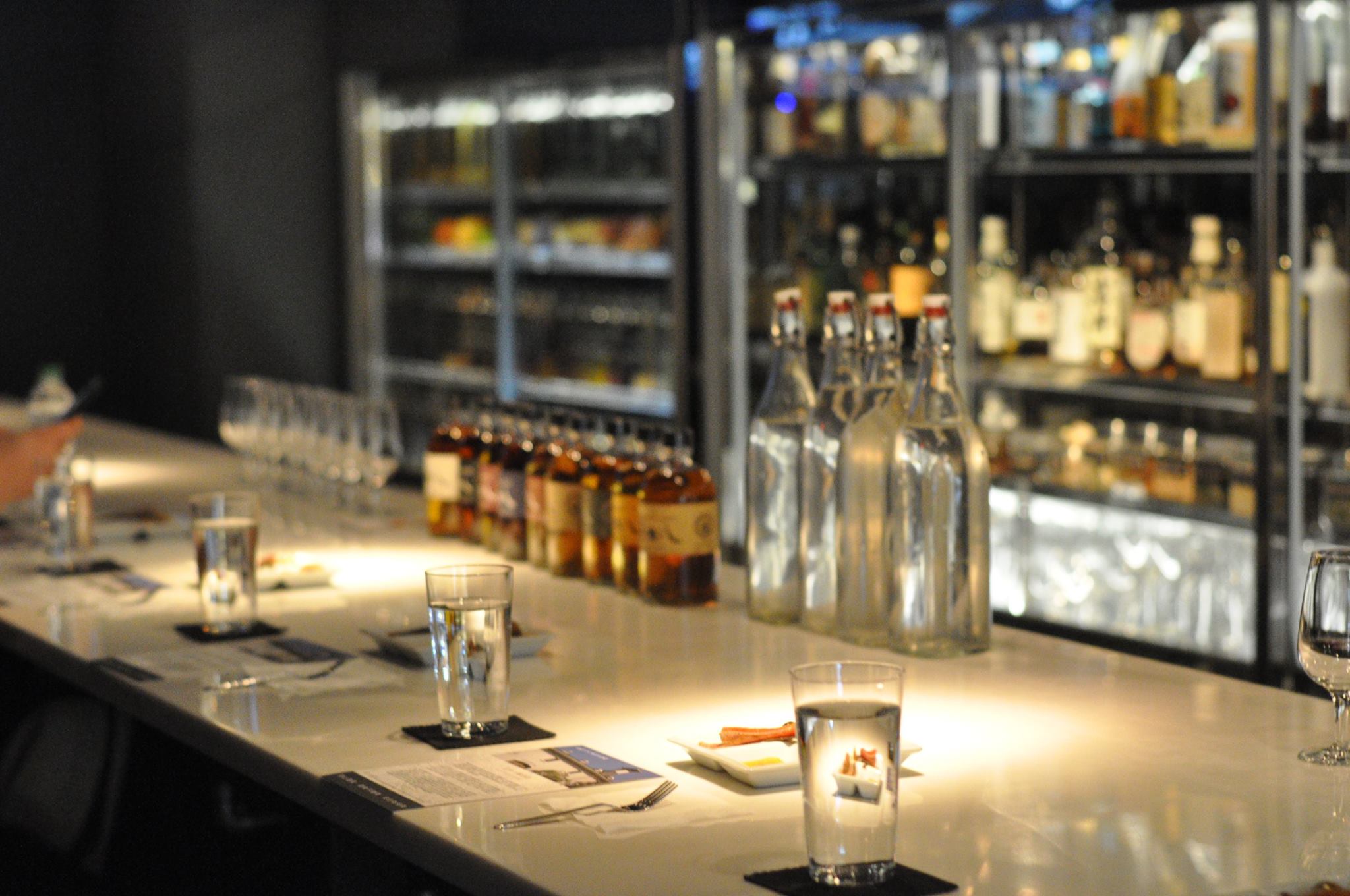 If you love your Japanese libations, then go to Wa-Shu. Here’s where you can try unique infusions like peanut whisky, Taiwanese basil mojitos and carrot plum wines, alongside imported Japanese liquors and wines. Wa-shu also distills its own whisky in-house, so you know this is the place to visit if you’re keen on bars that push boundaries.

WOOBAR Taipei Indulge Experimental Bistro wa-shu w taipei best cocktail bars in taipei bars in taipei where to drink in taipei East End Club Boys Saloon
Beatrice Bowers
Features Editor
Beatrice Bowers writes about beauty, drinks, and other nice things. When not bound to her keyboard, she moonlights as a Niffler for novels and can be found en route to bankruptcy at your nearest bookstore. Don't tell her boss.
Drinks Beauty