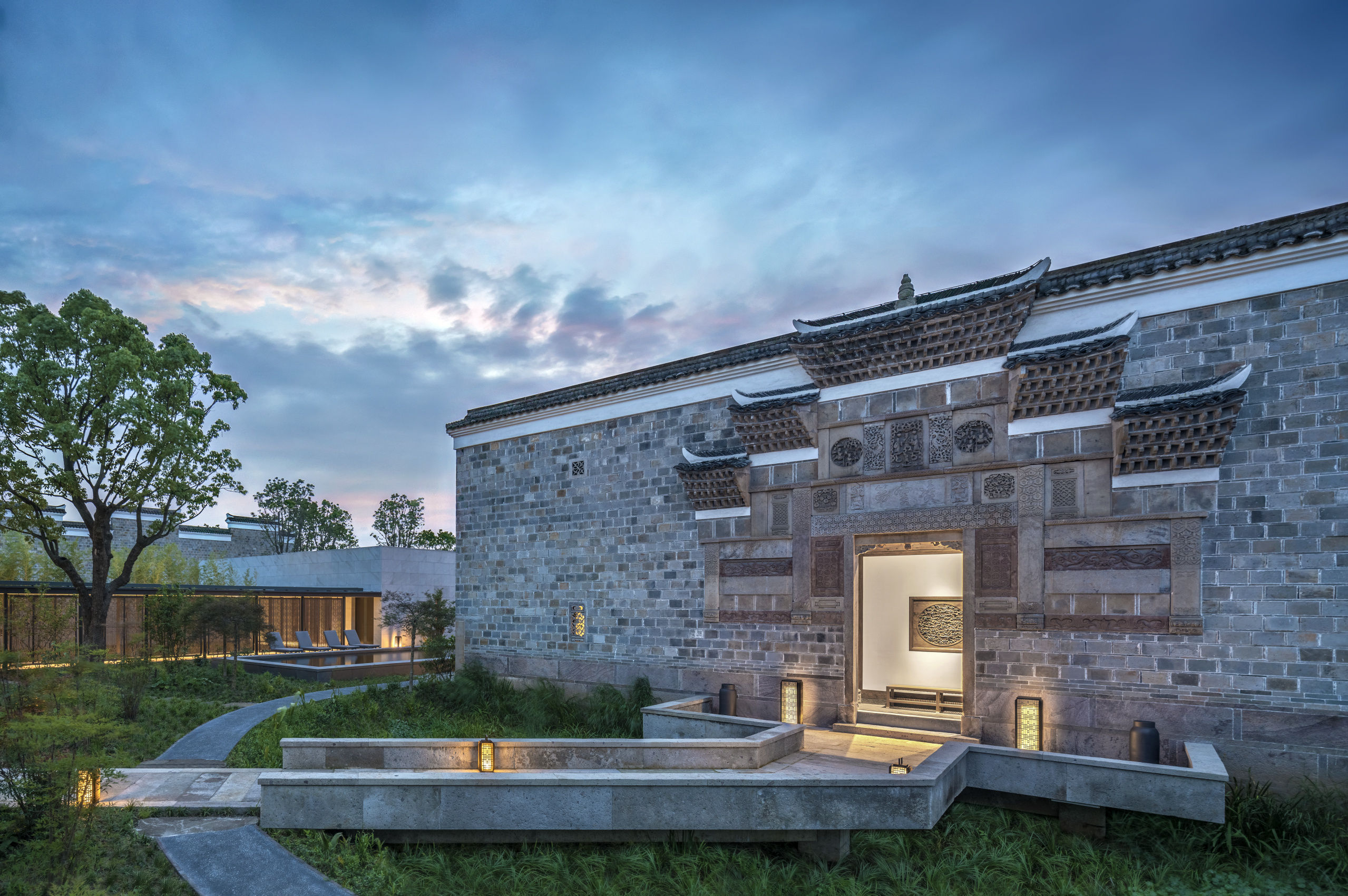 5 luxury hotels around the world for history buffs

So you’ve enriched yourself with a stay at these hotels with a reputable art collection. If you’re wondering what’s next, we have something for the history buffs: historical hotels.

Some of these hotels are repurposed buildings, whose original structures were conceived for a different purpose. Take for example, the Rambagh Palace in Jaipur that was formerly the Maharaja’s residence. Although it has now been turned into a luxury hotel for guests, most of the original antique decorations and furniture still remain in the building as a testament to the old times.

There is also Amanyangyun, which is a mere 40-minute drive from the centre of Shanghai. Yet, step inside and it’ll feel like you’ve been transported back in time. History buffs will be excited to find out that 26 of the houses were actually village houses transported from Fuzhou in the remote Jiangxi province. These repurposed houses carry with them architecture from the Ming and Qing dynasties. Now imagine living in one of these villas and feeling like you’re experiencing architecture from several centuries back.

Back home in Malaysia, The Majestic Hotel Kuala Lumpur may not be centuries old. However, its historical background is equally as rich. One of the oldest hotels in Malaysia and built in 1932, the old wing of The Majestic still remains and retains its colonial architecture. Famous novelists like Graham Greene have also stayed in the hotel, among other known names from the old world.

Want to be a part of history too? Read on to see what other historical hotels you can check out by checking in. 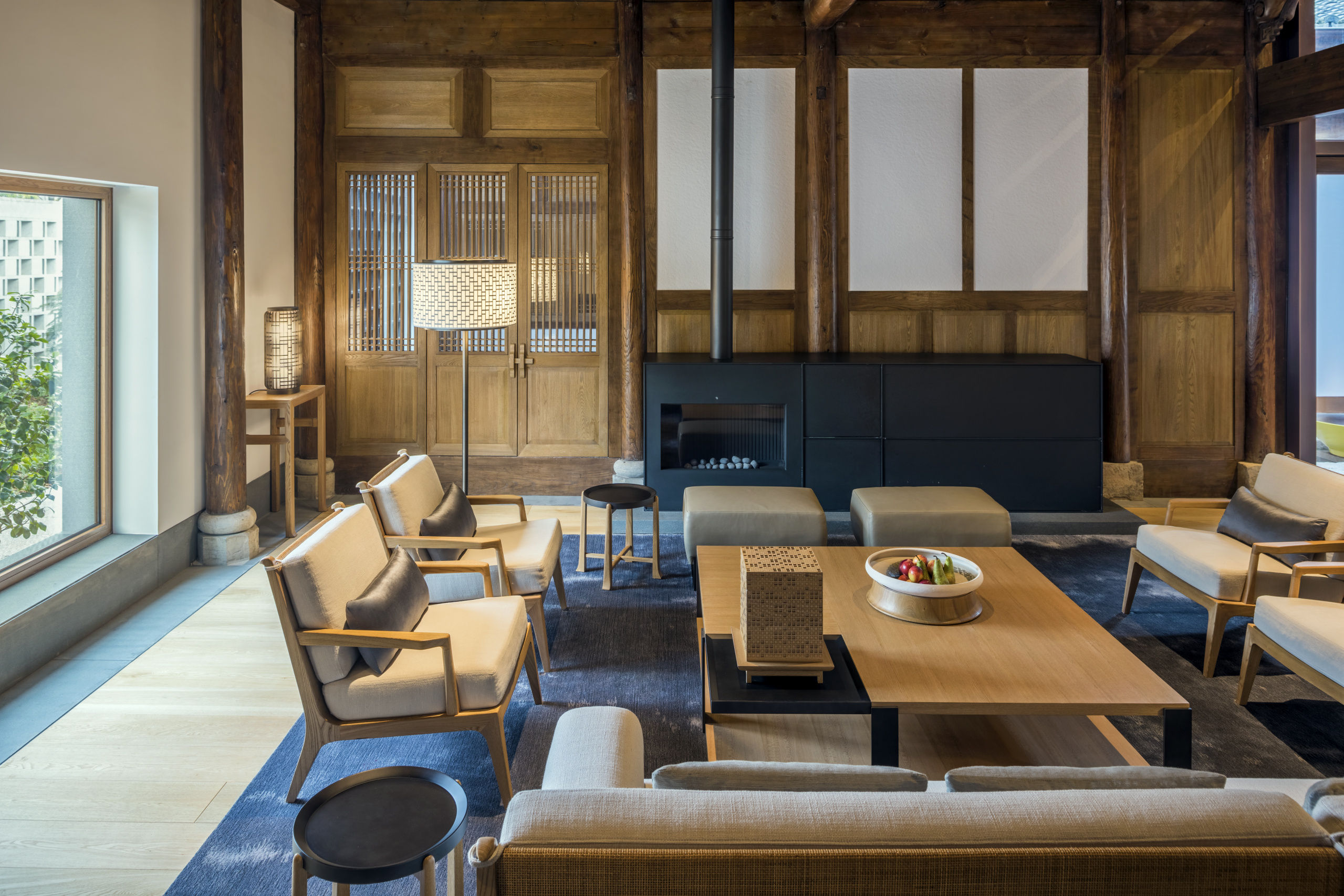 Not too far out from the main Shanghai centre, but far enough to find a semblance of tranquility — that’s the Amanyangyun for you. The entrance itself feels like walking into a fort from the Ming and Qing dynasties. Inside, there are 13 antique villas and 12 guest suites that have the original Ming and Qing dynasties structure preserved. Immerse yourself in the ancient Chinese art culture too in the resort’s Nanmu Studio that provides ancient calligraphy, Chinese painting or a tea and incense ceremony. 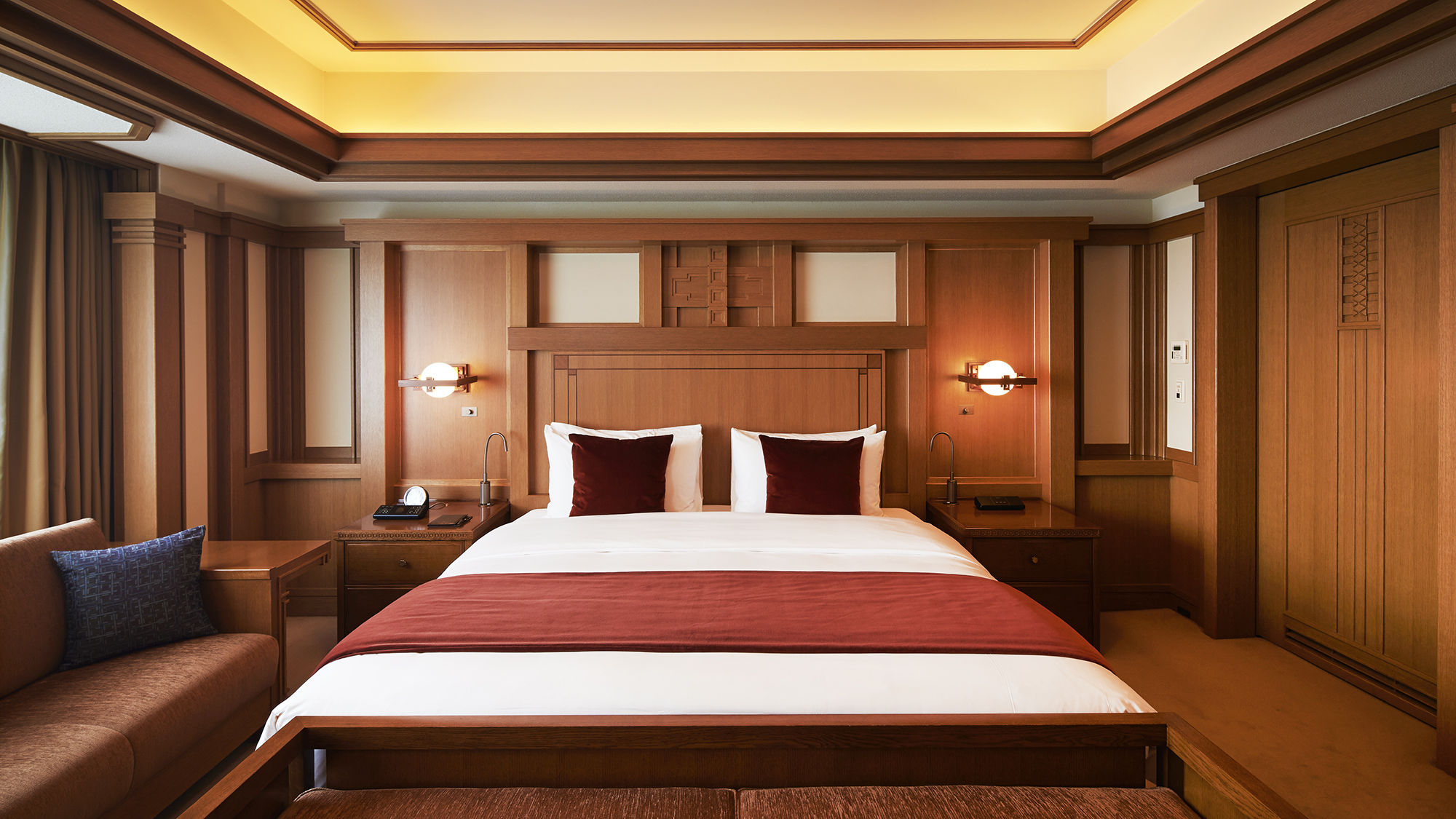 Architecture aficionados must stay in the Imperial Hotel Tokyo at least once in their lives. There are many reasons, the most prominent being that the original building was designed by late celebrated American architect Frank Lloyd Wright. The 1923 structure was a blend of Mayan and Japanese woodblock patterns, making it a unique sight. Although the hotel was refurbished in 2017, the lobby lounge still retains several pieces from Wright’s time. The lobby acts as a living museum with the original terracotta tiles, glassware, and porcelain items.

Back in Kuala Lumpur, our very own historical landmark lies in The Majestic Hotel Kuala Lumpur. Built in 1932, the old original building still retains its British colonial architecture. In addition to that, a new wing was also built in recent years to keep up with the times. Worth visiting is the Colonial Cafe in the old wing as well as The Smoke House: a bar and private dining area. When at The Smoke House, be sure to order a Gin Pahit at the bar. The age old cocktail was referenced in several of author W. Somerset Maugham’s books, and is the perfect strong drink to bring you back in time. 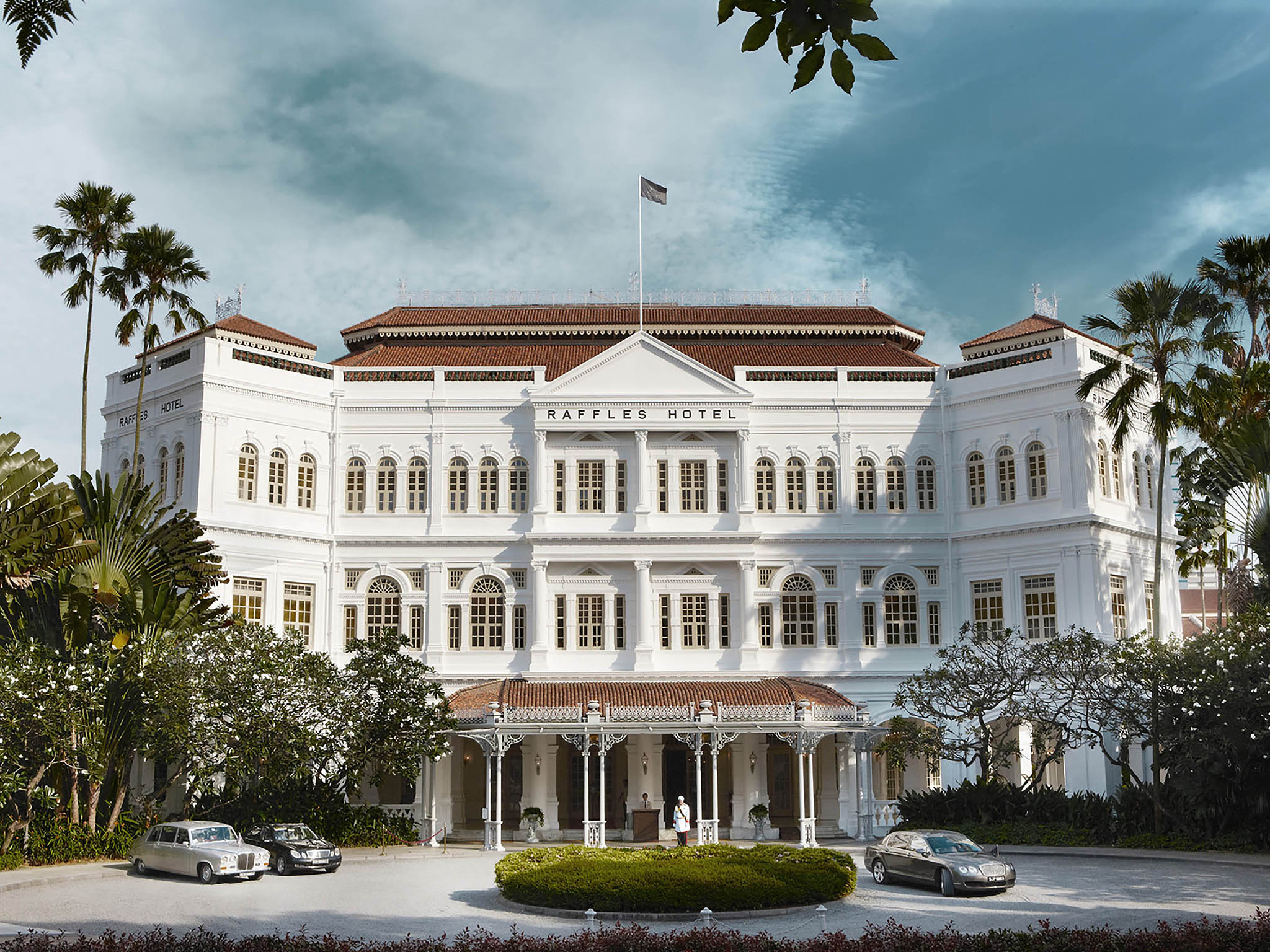 In cosmopolitan Singapore, lies a 131-year-old landmark in the form of a hotel: the Raffles Hotel Singapore. When it opened in 1887, the hotel was a mere 10-bedroom hotel. Today, it boasts 103 suites, 14 different restaurants and bars, a Victorian-style theatre and a 24-hour luxury shopping mall. The hotel has played host to many famed celebrities of the old world such as Elizabeth Taylor and Charlie Chaplin. Even Michael Jackson celebrated his 35th birthday at the hotel. 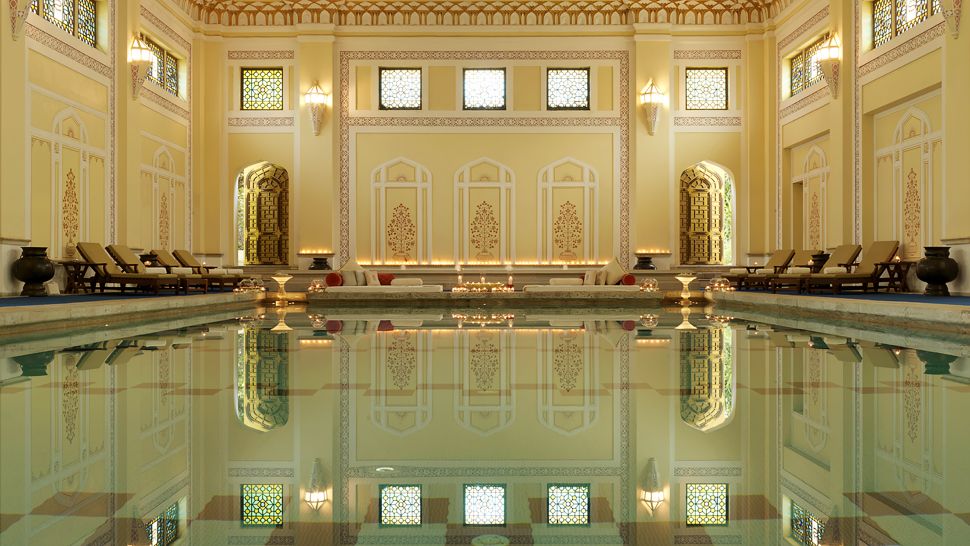 This sprawling hotel was once home to the Maharaja of Jaipur and used as a hunting lodge. The resplendent palace has over 78 rooms and 33 suites, all of which are filled with exquisite antiques from the Maharaja’s time. India’s favourite exotic pet, peacocks roam freely around the palace’s grounds. If you’ve ever wondered how it felt like to live in a grand palace from ancient times, this is it.

The Majestic Hotel Kuala Lumpur The Majestic Hotel KL Raffles Hotel Singapore Raffles Hotel Historical hotels amanyangyun Amanyangyun Shanghai Rambagh Palace history buffs hotels with history frank lloyd wright rambagh palace india indian palace jaipur palace imperial hotel tokyo imperial hotel
PohNee Chin
Editor, Kuala Lumpur
Poh Nee is the editor and writes about travel and drinks. When she's not living out her holiday dreams via Google Earth and sipping on an Old Fashioned down at the local bars, you can find her snug at home bingeing on Netflix and mystery fiction.
Travel Drinks
Sign up for our newsletters to have the latest stories delivered straight to your inbox every week.