All the best cocktail bars in San Francisco for a tipple

“If you’re going to San Francisco, you’re gonna meet some gentle people there,” sang Scott McKenzie. Times may have changed since the 70s, but San Francisco still remains an amazing place to visit when you’re in the States. And where better to meet these “gentle people” than at some of the best cocktail bars in San Francisco?

When you’re done cycling across the Golden Gate Bridge and immersing yourself in the hippie counterculture, kick back and relax with some craft cocktails. In our list, you’ll find a good mix of sunny bars, heavily-themed Tiki bars, as well as popular 60s-themed bars because people can never get enough of the past.
Ready your palates, and let’s go. Do you shun bitter cocktails for drinks that are on the sweeter end of the spectrum? Then you’ll appreciate Horsefeather with its menu that veers towards the sweet (but not bordering on diabetic) concoctions. In fact, these might seem like your typical party coolers, except that they’re more artisanal. The bar team makes their own syrups out of herbs, wine, sugar, and fruit so you can guarantee that they’re nothing like the cheap stuff you drank in college. 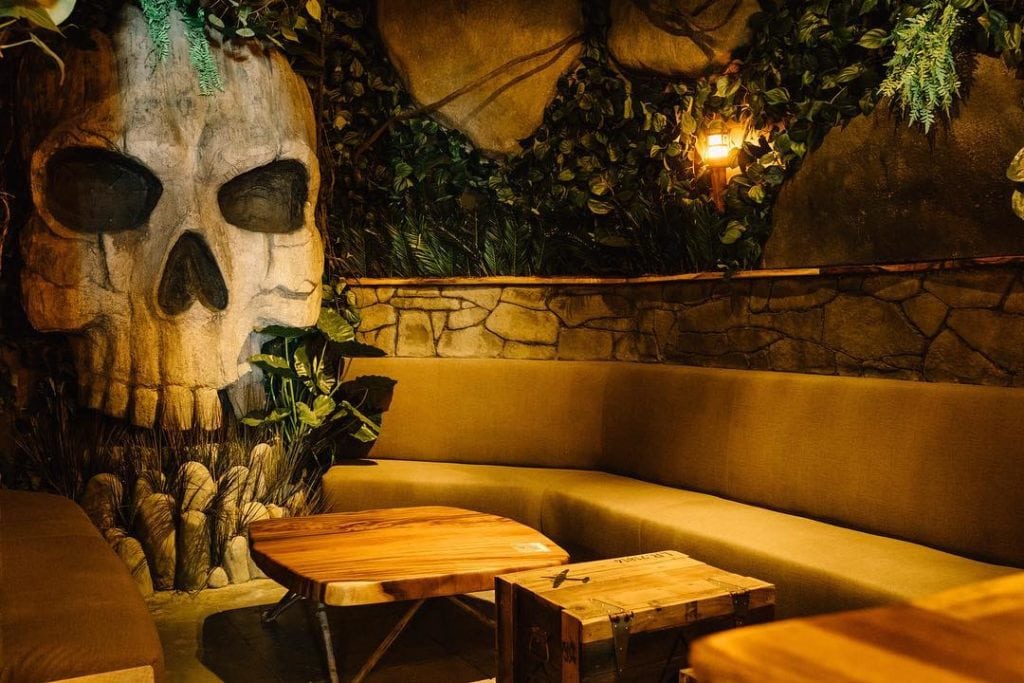 Tiki bars are always known to be fun, but Last Rites (as its name suggests), shows you a darker side of the Tiki cocktail bar – in a good way. Think Polynesia meets Mexican Day of the Dead, done grown-up style. As for the drinks, don’t expect your typically sickly sweet Mai Tais – although the bar does serve its own rendition of the classic Tiki cocktail, made with housemade cashew orgeat and not almond. With such a sunny-looking bar, you’ll definitely want to day drink in Peacekeeper. Granted, it’s not going to be as quiet and moody as your typical cocktail bar, but despite the large crowd here, the cocktails are not to be taken lightly. The menu veers more towards the agave side, but you can also find cocktails with gin, vodka, and bourbon bases. Be sure to try out the bar’s eponymous cocktail, made with spicy serrano pepper-infused tequila with ginger, pineapple, and lime. Take a trip back to the 60s with The Beehive, thanks to its drinks menu and Mad Men-inspired decor. Thankfully, despite its theme, you won’t be able to chain smoke inside. Classic cocktails are given a contemporary spin, yet the drinks menu still pays heed to some of the more vintage stuff, like a spiked slushy cocktail with a Tang (an artificial orange drink mix from that era) base, and a dedicated highball menu. Within the Tilden Hotel lies The Douglas Room, a small but swanky bar serving up some pretty crafty cocktails. Our favourite has to be the mezcal-based Chile Poblano, made with Jalapeno, strawberry, ancho reyes, and fresh lime. Beyond the drinks, the food menu at The Douglas Room is also worth paying attention to. Try out the honey-glazed cornbread, smoked trout rillette, and The Tilden Burger. This fairly-new Tiki bar just opened at the beginning of 2019 but is fast becoming a popular place. For one, the attention to detail in the interior is just amazing, squeezing in several private “huts” for groups of four to six in addition to the standing bar. Once stepping into the bar, you’ll feel like you’ve been transported to an otherworldly place thanks to the star-studded “sky”. There’s also a candlelit cave, for good measure. Before it feels as though you’re in a theme park and not a bar, order some drinks: the cocktail menu is progressive, going beyond traditional Tiki cocktails, but the list is long and tropical, and you’ll still be able to find some classic Mai Tais in there. How could we not include the iconic Trick Dog in this list? Not only is this converted warehouse one of the hippest tippling clubs in the city, it’s also #44 in the World’s 50 Best Bars 2018 list. Loyal patrons keep coming back, and with good reason. The cocktail menu changes every six months, each one having a play on themes, fresh ingredients, and liquors. We can’t recommend a cocktail per se, because it might not be there when you finally pay them a visit!

San Francisco best cocktail bars bars in san francisco
PohNee Chin
Editor, Kuala Lumpur
Poh Nee is the editor and writes about travel and drinks. When she's not living out her holiday dreams via Google Earth and sipping on an Old Fashioned down at the local bars, you can find her snug at home bingeing on Netflix and mystery fiction.
Travel Drinks