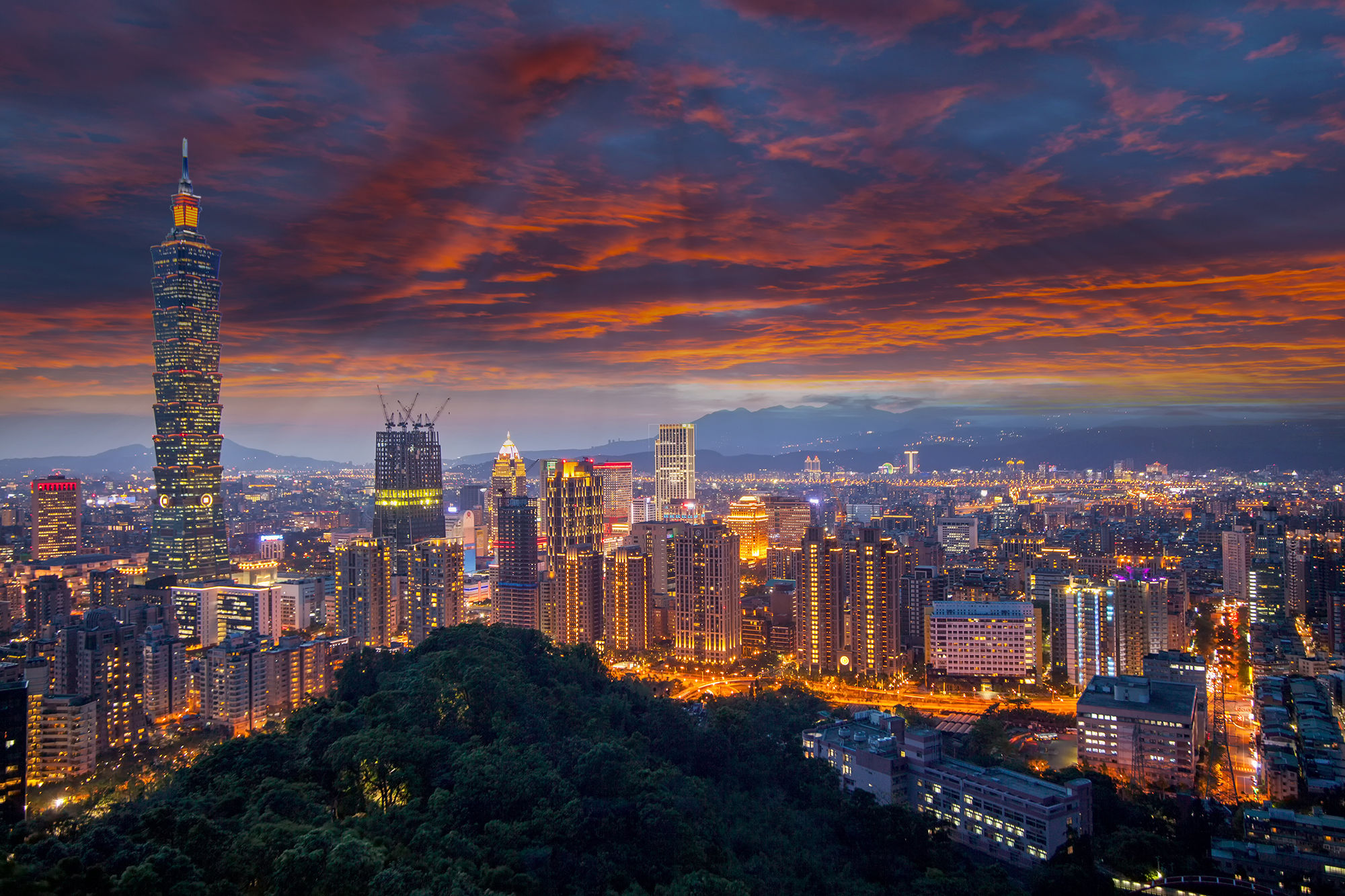 7 best luxury hotels in Taipei to view the cityscape

Keen lovers of Chinese culture who want an easygoing travel experience should definitely make Taiwan their first stop. This pristine country is a lot less fast-paced than Hong Kong and easier to navigate than China. Its capital, Taipei is a delightfully upbeat city that still retains pieces of history and tradition amidst growing modernity.

In the past decade, luxury hotels in Taipei are reemerging from their dormancy. Within this metropolis of budding skyscrapers and love of neon lights, what better way to take them all in than from a high-rise hotel? Although none are as tall as the skyscraper Taipei 101, getting a room on one of the high floors guarantees you an excellent view of the city.

From up there, take a look at the things you want to visit. Immerse yourself in the past by visiting historical buildings such as the Chiang Kai-shek Memorial Hall, Sun Yat-sen Memorial Hall, Taipei Confucius Temple, and more. Take in the many bustling night markets that Taiwan is known for too, from the iconic Shilin Night Market to the underrated Tonghua Night Market.

But don’t just limit yourself to the attractions within the city. Outside of Taipei, you’ll find some of the best natural landscapes at the Sun Moon Lake, and also visit the beautiful Jiufen, where acclaimed Japanese film director Hayao Miyazaki got his inspiration for Spirited Away.

Wait no more and make your bookings for these luxury hotels in Taipei — we’ve got several for you to consider.

Travel
8 specialty coffee places in Tokyo to check out 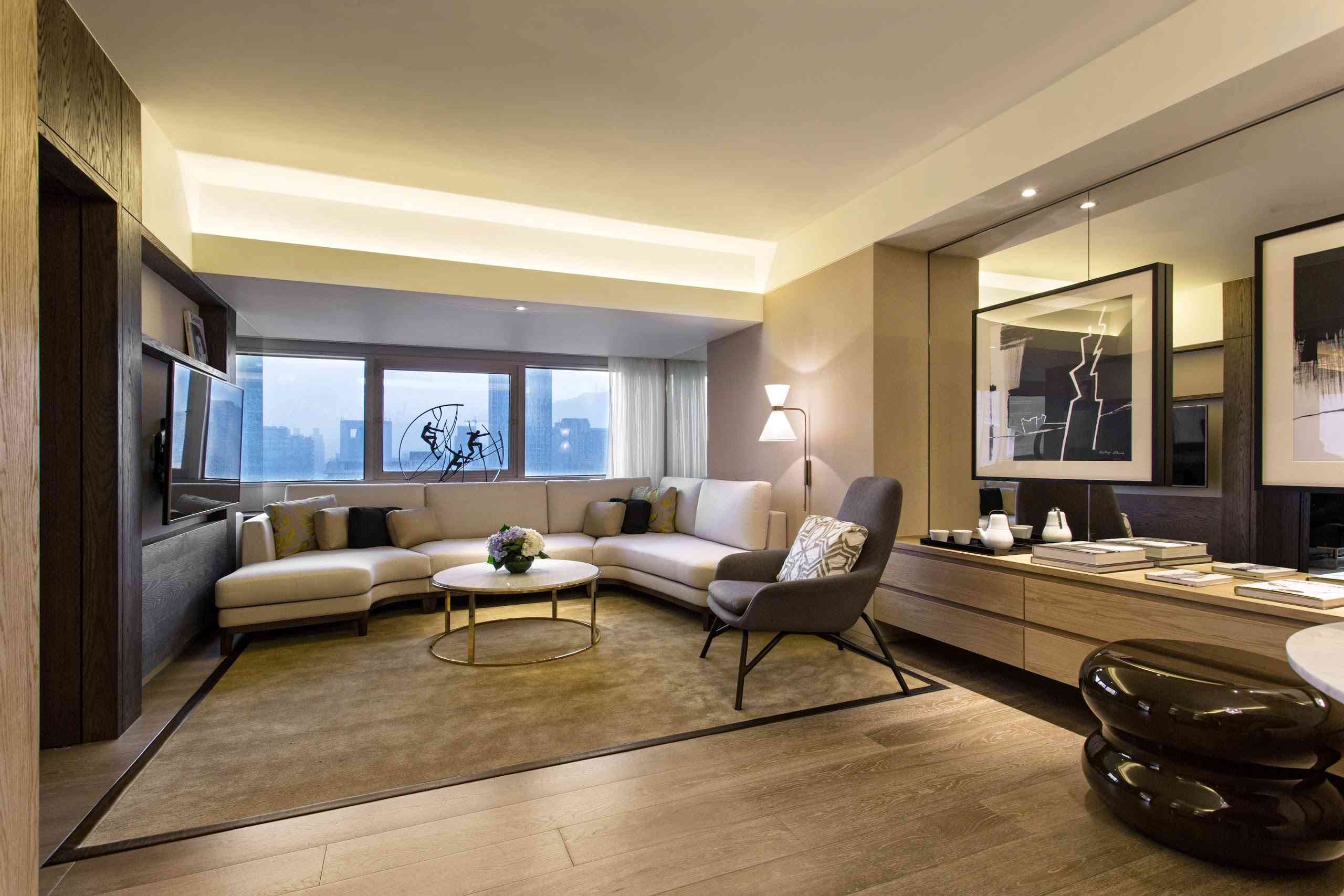 You’ll never get lost heading back to the Grand Hyatt Taipei, as it is located just across the street from the tallest building in the city: Taipei 101. Getting a suite high up guarantees you a stunning view of the city, even as you’re checking in from the Grand Club on the 22nd floor. Clocking in 27 floors, you won’t need to worry about not being high enough. 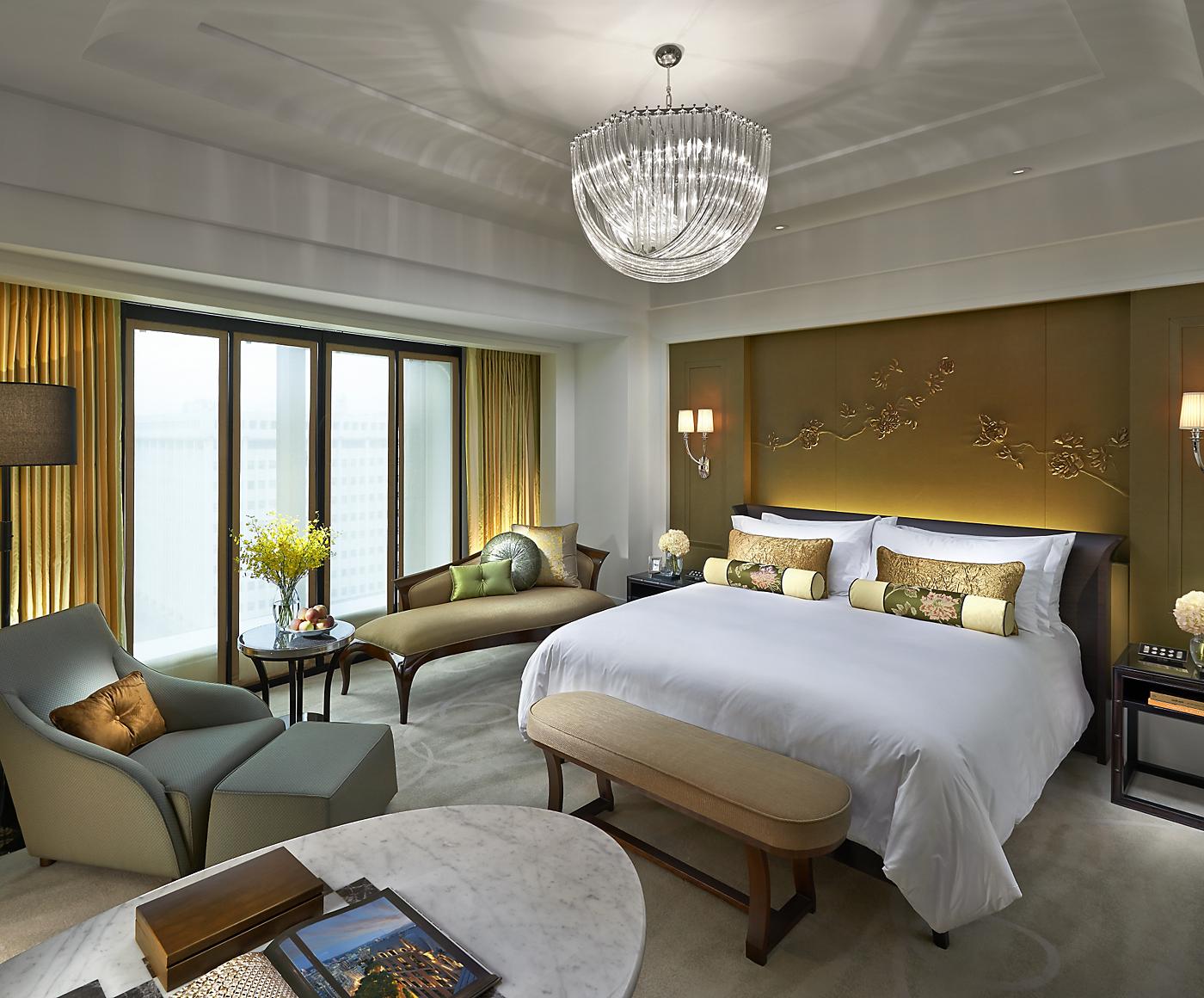 The Mandarin Oriental Taipei is relatively new at three years old but is already dubbed the city’s most luxurious hotel. It’s hard to not agree when the first thing you see upon entering the lobby is a magnificently gigantic crystal chandelier with a diameter of four metres. While it is not one of the tallest hotels in town, its height is adequate enough to enjoy the view whilst sipping on a nice glass of Ruinart, served during evening cocktails at the Oriental Club. 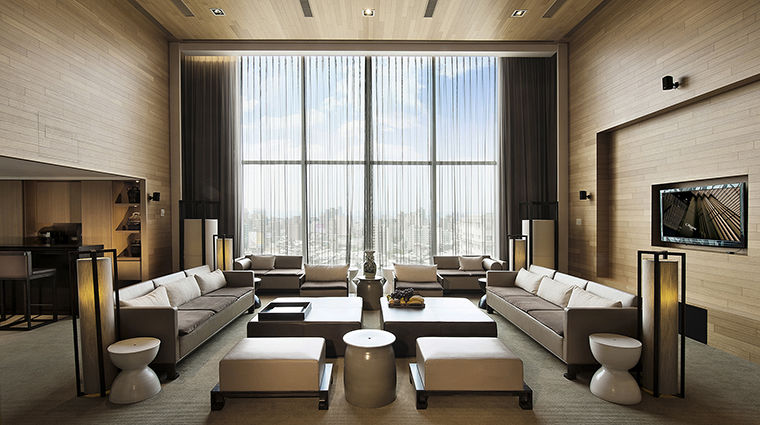 For the best location, get a suite at The Regent Taipei, located right in the heart of the bustling city. Elegant luxury upholds its presence everywhere in the hotel, from the grand lobby to the array of signature dining and lifestyle amenities. Stay in one of the 538 rooms, and take a dip in the gorgeous rooftop pool to truly take in Taipei. 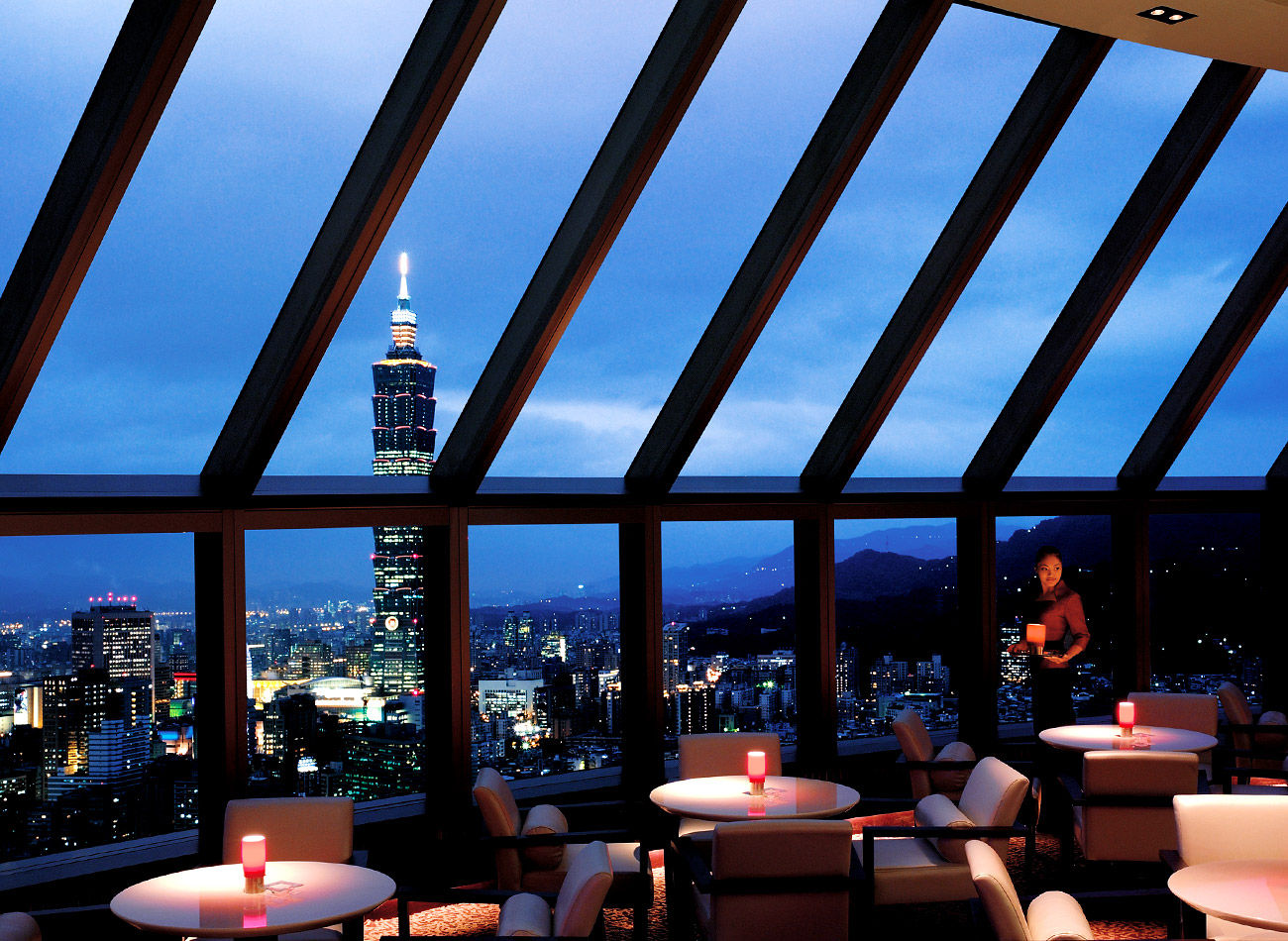 You can’t go wrong with a hotel that’s been around long enough to be stable and established like the Shangri-La in Taipei. Standing high, the hotel boasts grand and spacious rooms while offering a stunning view whether from your suite or the Shanghai Pavilion restaurant. 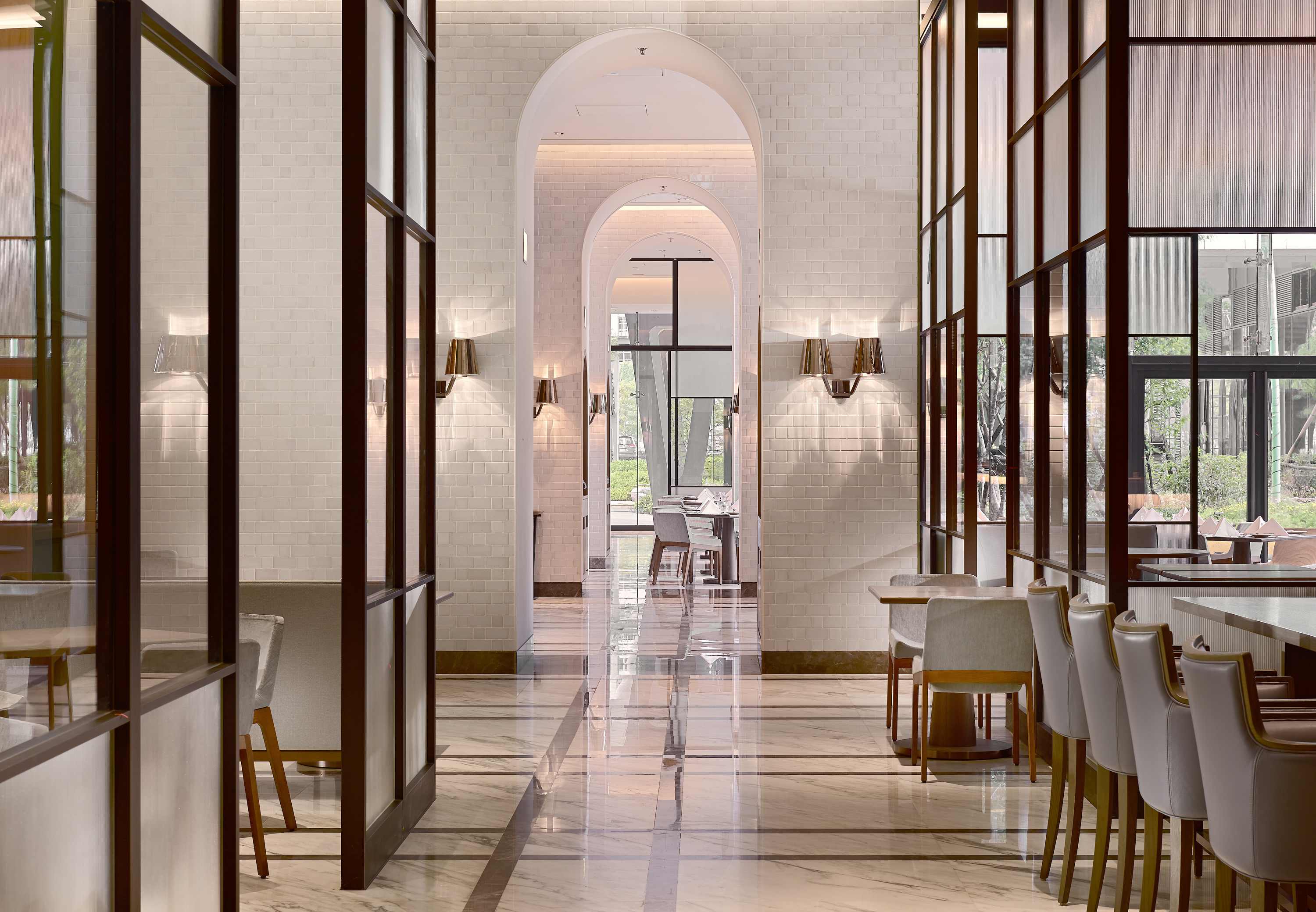 There’s almost no need to head out when you stay at the Taipei Marriott Hotel. That’s because this building is the city’s largest integrated destination complex with a hotel, shopping and dining arcade and a state-of-the-art convention centre. This chic hotel only has 18 floors, but we’re thinking it’s high enough to get you a good view of the city. 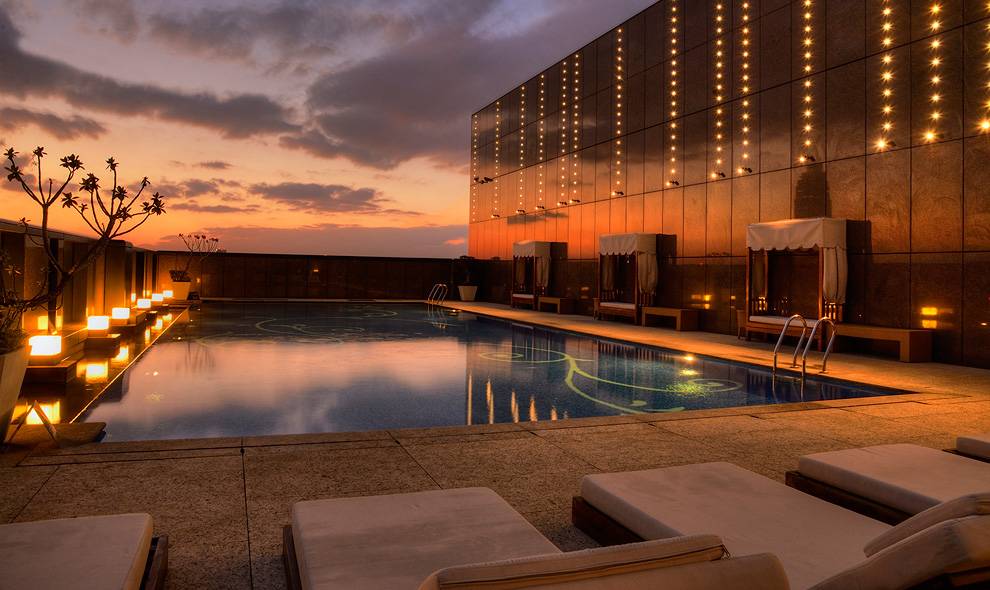 Taiwan was once colonised by the Japanese, and several areas within the country still boast Japanese influences. The Okura Prestige Taipei is a Japan-based hotel chain, in a location closely connected to Japanese history and corporations. Take in the city sights from the hotel’s heated rooftop pool that also has a bar. We promise it won’t disappoint.

You can’t go wrong whilst partying to a great view. This is especially true where party hotel W Taipei is concerned. When you’re staying in this hotel, admire the cityscape from both your room as well as the many dining and indulgence outlets within the hotel. Did we mention that it’s also close to the Taipei 101 building?

Shangri-La Taipei Grand Hyatt Taipei w taipei luxury hotels in taipei taipei hotels mandarin oriental taipei the regent taipei taipei marriott hotel the okura prestige taipei
PohNee Chin
Editor, Kuala Lumpur
Poh Nee is the editor and writes about travel and drinks. When she's not living out her holiday dreams via Google Earth and sipping on an Old Fashioned down at the local bars, you can find her snug at home bingeing on Netflix and mystery fiction.
Travel Drinks
Sign up for our newsletters to have the latest stories delivered straight to your inbox every week.