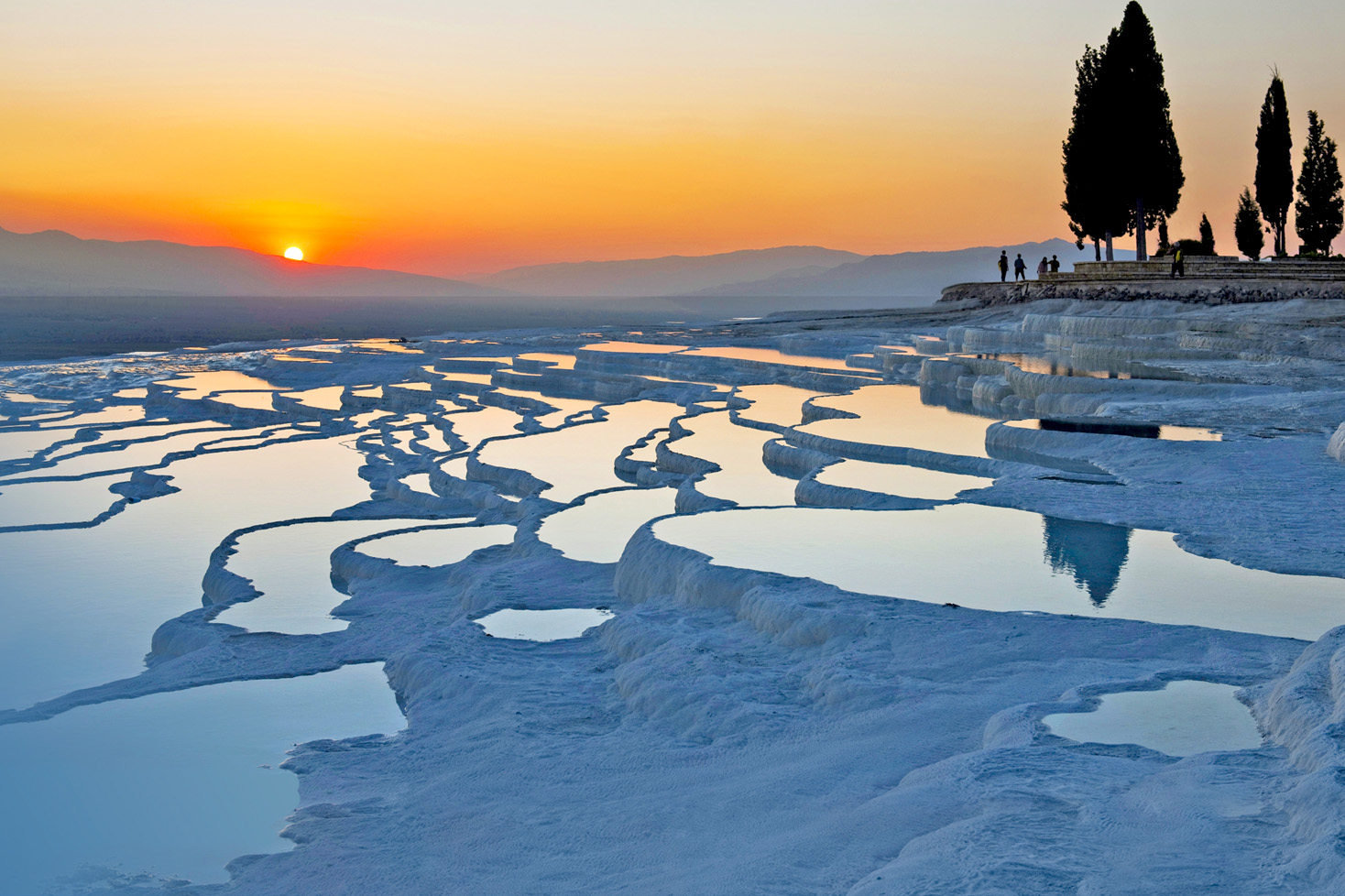 Sitting at our office desks day-to-day in this urban jungle can really cause us to forget how beautiful our planet is, so we’re here to offer you a reminder (and perhaps serve as inspiration for your next holiday). Scroll down for a look at 8 natural wonders that are so out-of-this-world, you mightn’t believe they even exist.

Located in a town in western Turkey, Pamukkale is known for its spectacular looking white travertine terraces stretching almost 200m high, each filled with mineral-rich thermal water that cascades down like petrified waterfalls. Such natural wonder led to the establishment of Hierapolis, a neighbouring ancient Greek-Roman spa city from the 2nd century B.C., where the ruins of baths, temples and other monuments still stand today. The magnificent combination of natural formations and exceptionally complex canals system is so excitingly breathtaking, it’s been listed as a Unesco World Heritage site since 1988.

A sandstone rock formation located in the Coyote Buttes North area of the Utah Arizona border, the Wave’s colourful, undulating forms make it a popular attraction for photographers. It is also extremely difficult to reach, and therefore, attracts a large number of hikers every year, all hoping to take up the challenge. However, due to the fragile nature of these formations, only a limit of 20 next-day permits are issued per day, ten of which are walk-ins and obtained through a lottery system, while the rest can be applied online four months ahead of your planned trip.

Travel
Seville Travel Guide: What to do in the birthplace of flamenco

Russia’s Lake Baikal is the oldest, largest, deepest and clearest freshwater lake in the world. As the temperature plummets to way below zero in the winter, the water starts freezing unevenly across the surface, causing gem-like ice blocks to be pushed up onto the surface, shimmering beautifully in the sun.

Located within the Yellowstone National Park, the Grand Prismatic Spring is the largest hot spring in the United States and the third largest in the world. Its rainbow colours are a result of different amounts of microbial mats living in the mineral-rich water. The centre of the pool is sterile due to extreme heat, hence the intrinsic blue hue, but as the water spreads towards the edge, the temperature gradually drops and allows more bacteria to survive, giving a different colour.

Planted sometime in the 1930s, these 400 pine trees all mysteriously curve up towards the north just above ground. Some believe that it’s resulted from a special man-made tool or planting technique, while others reckon they’ve been knocked into this shape by a snowstorm. Whatever it is, no one can confirm to this day.

What to expect from the soon-to-open Mitsui Shopping Park LaLaport KL?

Malaysia-Singapore VTL: self-testing on the third and seventh day upon arrival