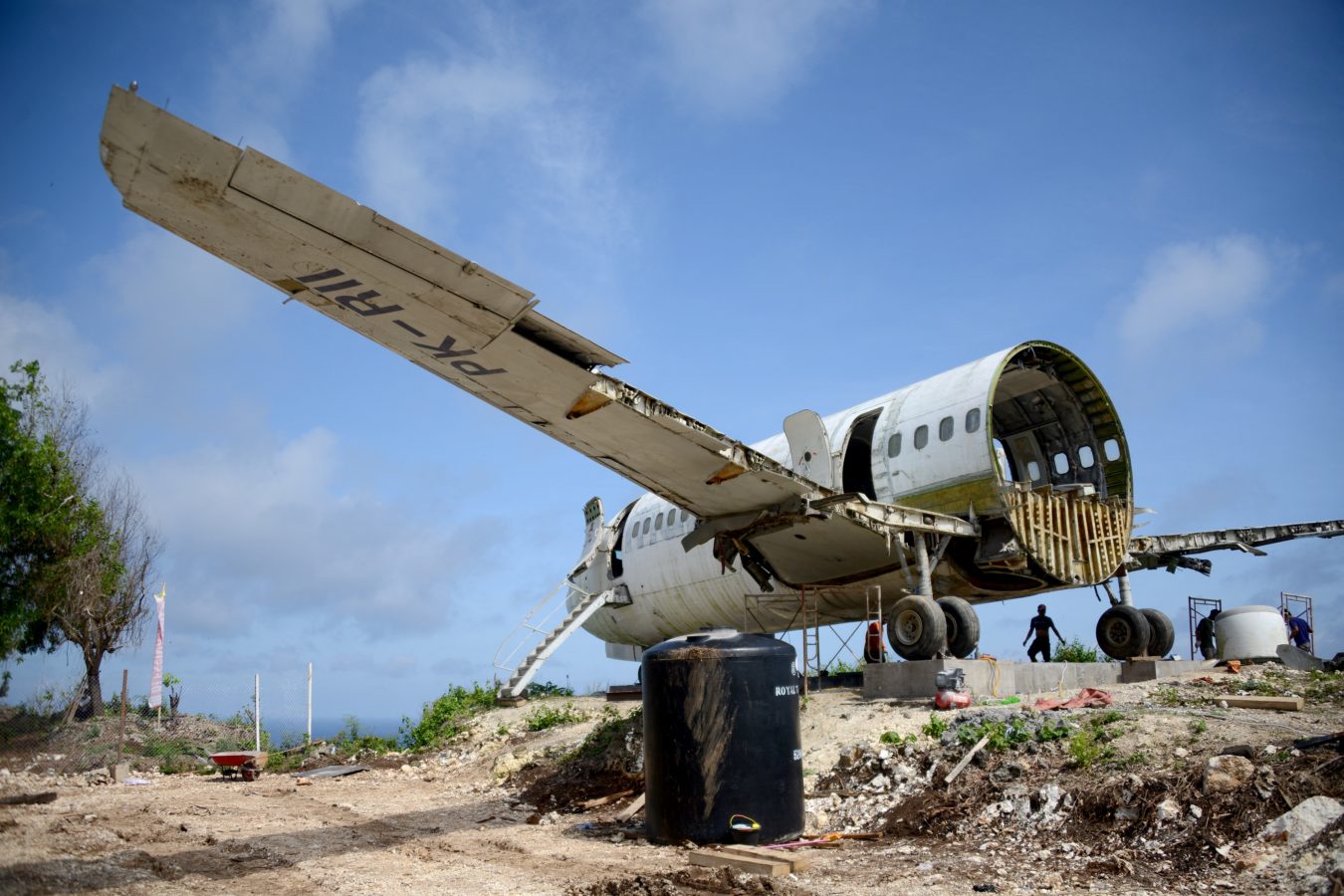 Bali’s latest tourist attraction comes in the shape of a decommissioned plane.

A retired Boeing passenger jet has been hauled to the top of a seaside cliff in Bali to lure tourists to Indonesia’s coronavirus-hit holiday island. More than a dozen workers used cranes to assemble parts of a Boeing 737 on a cliff near the Nyang Nyang beach this week.

Felix Demin, the plane’s new owner, is planning to convert the aircraft into tourist accommodation and expects it will become a popular photography spot. Demin said he hoped the attraction would help revive the area’s tourism sector, which has been badly hit since Indonesian borders were closed to international tourists in 2019 because of the pandemic.

The Russian entrepreneur and Bali resident told AFP the disassembled plane was about to be sold as scrap metal to China when he purchased it. It took a week to transport the plane’s parts to the cliff after securing necessary access permits, he added.

Demin said the tourist attraction offered hope for a revival of tourism in Bali, but some social media users expressed worry that it would spoil the seaside view. Authorities in Bali relaxed some restrictions this week after the island saw a surge of new infections and deaths due to Covid-19 in July and August.

Bali used to attract millions of foreign visitors annually, and is rolling out an aggressive vaccination plan to try and revive tourism, which is critical to its economy. No date has been confirmed by the Indonesian authorities for a potential reopening of the country’s borders to tourists.

Hero and feature images by SONNY TUMBELAKA/AFP. The story is published via AFP Relaxnews