Home > Travel > Destinations > Check out: Ipoh, the other food capital of Malaysia

Check out: Ipoh, the other food capital of Malaysia

Ipoh, the capital of Perak, is a city of limestone hills and hot springs. Most tourists heading north towards Penang will spare an hour or two in the small city, filling up on its iconic grub like chicken rice, pork satay, dim sum, and white coffee before heading back out on the road.

But stay a little longer in Ipoh and you’ll find that it is worth more than an hour or two of food visits. As with most towns out of KL, Ipoh still preserves its original colonial buildings juxtaposed against a growing number of modern ones. The capital is unofficially split into two parts: the old town and the new town. As its names suggest, the old town is where the older shop lots and heritage buildings are situated, while the new town is home to newer developments and shopping malls.

While Penang is the default foodie destination of Peninsular Malaysia, Ipoh is worth making the cut especially for those who are unable to stomach spicy food that Penang is famous for. Ipoh’s known delicacies are gentle to the gut yet provide a punch of umami for those who know where to go.

The first and most important thing that one must try when visiting Ipoh is the chicken rice with bean sprouts. If you’re not feeling for rice, change it up with flat rice noodles, or locally known as hor fun. The steamed chicken is wonderfully smooth and juicy especially when paired with the rice that has been cooked with some chicken fat. But what makes all the difference with Ipoh’s chicken rice is the locally grown bean sprouts.

You will notice that it is far thicker in girth and bigger in size than what you will normally find outside of the town. Most credit its exponential growth to the nutritional values of Ipoh’s spring water. Head to Jalan Yau Tet Shin in the old town and you’ll find several options for chicken rice restaurants including Lou Wong and Onn Kee. From thereon, all your food options are within walking distance.

Another old style kopitiam (coffee shop) you should patronise is Thean Chun. Find a seat and make your way around the individual food stalls to order your food. Our suggestions: sweet, caramelised pork satay, popiah (fresh spring roll), and caramel custard — an unassuming dessert.

While Ipoh is also seeing a boom in third-wave coffee places, the locals will point you in the direction of their iconic white coffee, served only in traditional coffee shops. White coffee here simply points to its method of preparation: local black coffee with condensed milk stirred in at the end. The resulting flavour is strong but with a sweet, caramelised taste. To get a taste of it in the most authentic setting, head to Nam Heong where you can also enjoy it with dim sum.

Finally, one can’t leave Ipoh without trying dim sum. You can find some of the best dim sum in the country right here in this city, but avoid the giants like Foh San and instead turn towards the smaller but better Zui Le Xuan which is headed by a chef from the former. Most importantly, never go to Ipoh for the sole purpose of having Western food — heed a local’s advice on this.

Enjoy the best of Ipoh’s nature when you stay at The Banjaran Hotsprings Retreat. Because of its proximity to its natural surroundings, you won’t find this nature retreat within the city centre. Instead, it’s located on the outskirts of Ipoh where you will find peace and tranquillity.

The grounds of The Banjaran are expansive, but there are only three types of villas to choose from: the Garden Villa, Lake Villa, and Water Villa. All villas come with a private pool and a hot tub with geothermal hot spring water, except for the Lake Villa that excludes the hot spring tub.

The Banjaran is all about bringing its guest closer to nature, and this is especially evident with the architecture of the villas. Glass and open spaces are commonplace, inviting nature to be closer to the interior.

The first thing you will notice when entering Ipoh from the south is the Taoist temples built against the limestone hills. Taoism is still a strong religion amongst the Chinese people of the city, and there are several temples worth visiting for its statues and structure alone.

Stepping into Ling Sen Tong temple is almost like visiting a Taoist theme park. The name translates to “Rock of Heavenly Spirits” and there are several gardens within the temple that tells different stories including the famous Monkey King. There are also altars built into the limestone cave where you may offer joss sticks and prayers.

This temple has been in existence since the 1920s as a place of worship, and its name translates to “Cave of Great Happiness”. Indeed, walking into the temple on a sunny day will give you great happiness, as the inside of this cave temple is naturally cool and shaded. Allow the dripping of water down the stalactites calm your senses, and take the time to explore this Taoist Buddhist temple. On the front, you’ll find several Taoist gods, and the back of the temple are Buddhist statues. Walk through the cave temple tunnel and you will emerge at the Zen Gardens — a beautifully landscaped garden with a lake. Stay long enough and you might share your grub with a macaque.

Ernest Zacharevic, the mural artist who did most of Penang’s known street art has also brought his paintings to the walls of Ipoh. Go on a little street art hunt in old town and try to tick off as many images as possible.

While you’re in the old town, drop by Kong Heng and check out Yasmin At Kong Heng, a tribute to the late director Yasmin Ahmad. Famously known for her touching Petronas advertisements and local movies including Sepet, the permanent exhibition features her life and past works, including screenings of her movies.

It takes a little over two hours to drive from KL to Ipoh. But if you prefer taking the scenic route, take a train ride from KL Sentral to Ipoh and you will arrive at the gorgeously colonial-style Ipoh Railway Station in less than three hours. 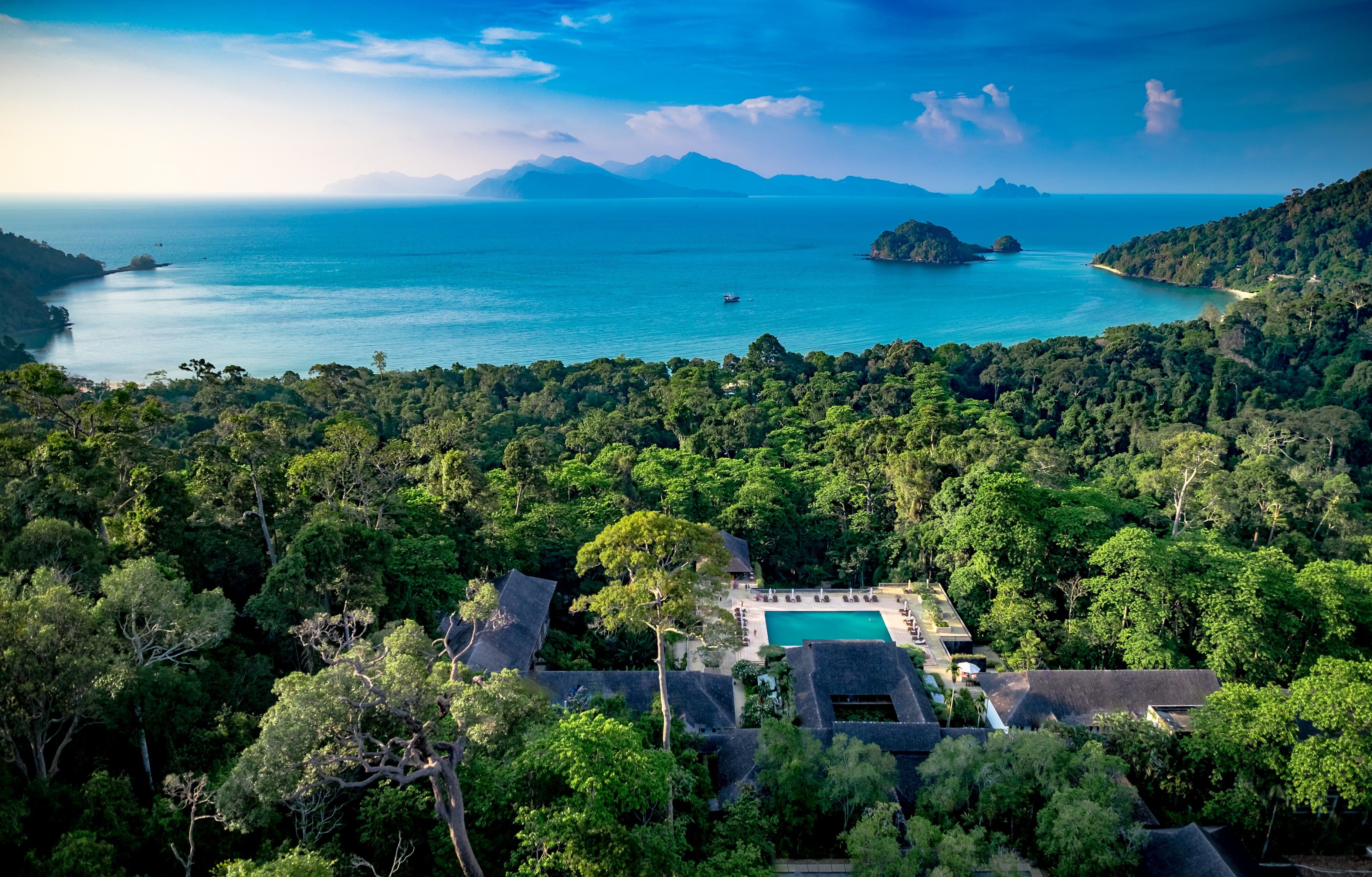