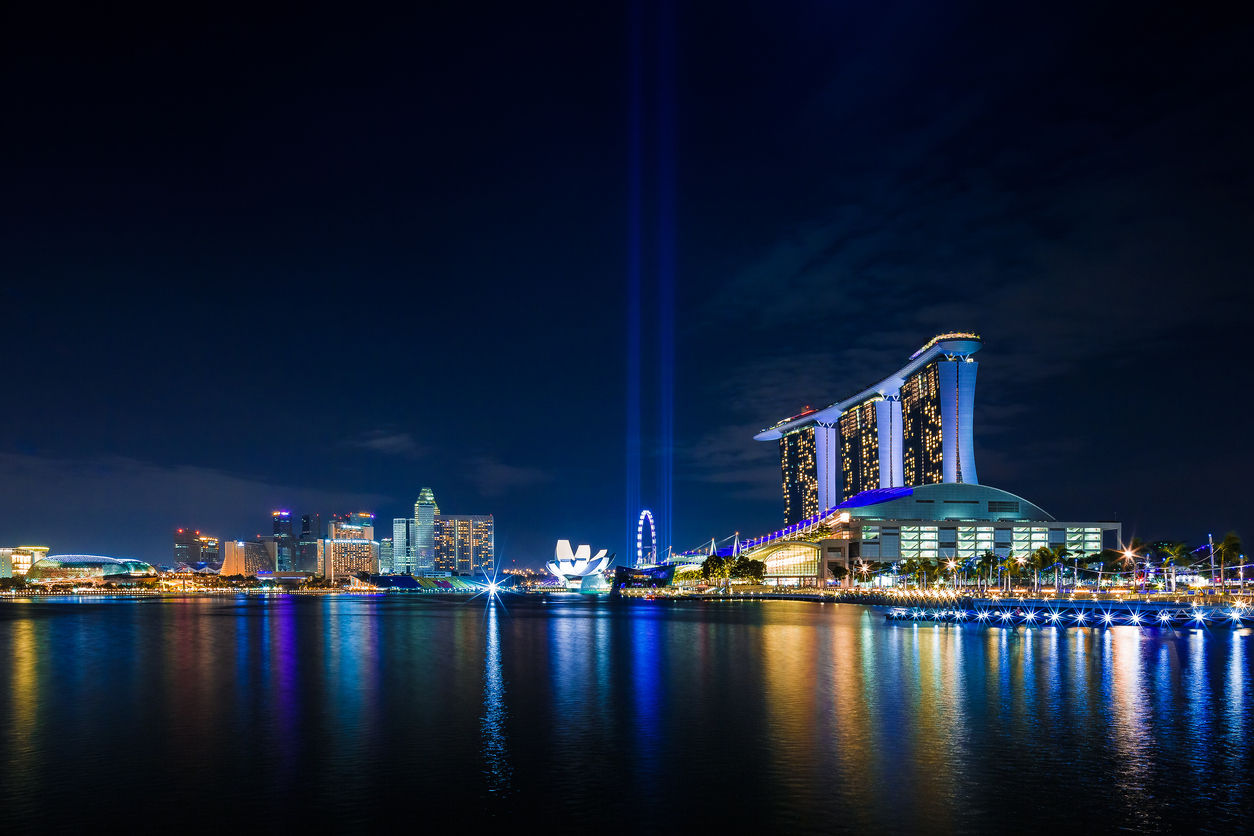 Check in: Marina Bay Sands remains timeless even after 8 years of operation

Travel
Check in: Marina Bay Sands remains timeless even after 8 years of operation
Share this article
Next article

In 2010, Marina Bay Sands became a new major addition to the Singapore skyline. The resort was easily identifiable by its three towers and 340-metre long SkyPark that resembled a flatter version of a blimp. It also made waves as the world’s most expensive standalone casino property at S$8 million.

Accommodation-wise, Marina Bay Sands has it all. The hotel has plenty of room types ranging from deluxe rooms to swanky Chairman suites, several dining options, a spa, and an infinity pool that boasts spectacular views of the city. Down in the lower floors is an upscale shopping mall that houses plenty of luxury brands to shop to your heart’s content, as well as award-winning restaurants from renowned chefs including Wolfgang Puck and Gordon Ramsay.

Entertainment also comes in many forms, from the casino to the two large theatres and ArtScience Museum. Marina Bay Sands is essentially like an oasis within Singapore that you never need to leave. Because why should you, when you have everything you need there?

Its location at Bayfront Avenue puts it right smack in the middle of the island, making it a convenient midpoint to head to just about anywhere in Singapore. It’s also just a short 20-minute drive from Changi Airport.

The Premier Room we stayed in was spacious and had a great view of Gardens by the Bay and the Straits of Singapore. During the day, the room is bathed in natural light, accenting its interior colour palette of light beiges and browns.

Despite the hotel being eight years old, we noticed that the interior still looked rather fresh. We later learnt that the Marina Bay Sands hotel recently finished its extensive refurbishment, which began in 2016.

Typically, a hotel would only begin refurbishment in its seventh year. However, the Marina Bay Sands operates at a 90 percent occupancy rate throughout the year, which necessitated an early renovation process thanks to the extra wear and tear.

It’s worth noting that there are 2,561 rooms across the three hotel towers and 12 different types of rooms and suites with the Chairman Suite valuing at the highest. All rooms boast views of either the city, gardens, or harbour.

Marina Bay Sands has a large concentration of celebrity chef restaurants. Within the hotel vicinity itself is Spago Dining Room by Wolfgang Puck, located at the SkyPark, on the topmost floor of the building. This is in fact chef Puck’s second dining outlet in Marina Bay Sands, with steakhouse Cut in the mall area being his first. Spago offers a seasonal menu of Californian cuisine, so expect it to change every now and then.

On the other end of SkyPark is Lavo, an Italian restaurant that serves Italian-American cuisine with a generous helping of electrifying music. We recommend getting its famous Lavo meatballs, made of fresh imperial wagyu beef and Italian sausage and topped with whipped ricotta cheese.

Other celebrity chef restaurants include Adrift by David Myers, a modern izakaya on the ground floor featuring fresh and healthy Californian produce. We loved the light and easygoing flavours of the dishes cooked over bincho charcoal on a traditional robata grill. Adrift by David Myers also features an extensive alcohol menu, including signature cocktails created by New York bar consultant Sam Ross.

If you’re fond of afternoon tea, Renku Bar & Lounge serves up a wide array of teas in addition to savoury and sweet delights. Should your palate feel adventurous, it also offers exciting tea flavours including nasi lemak and durian. Next to Renku Bar & Lounge is Rise, a restaurant that features a lavish buffet spread of international cuisine. We especially liked getting a taste of the local Singaporean laksa, and hitting up the nifty drinks counter, where we could concoct our own flavoured soda drinks.

Of course, you’re not just limited to the restaurants available within the hotel’s vicinity. Down at the mall, you’ll find even more dining options including Bread Street Kitchen by Gordon Ramsay, Waku Ghin by Tetsuya Wakuda, db Bistro & Oyster Bar by Daniel Boulud, and more.

The first and most Instagrammable location one needs to visit when staying over at the Marina Bay Sands hotel is the infinity pool located at the SkyPark. It is currently the world’s largest rooftop pool, stretching at 150 metres across the SkyPark and, yes, it covers the three towers. Make night swimming a thing when you’re staying over, because the view of the illuminated cityscape is incredible.

When you’re done lounging in the infinity pool, keep your fitness momentum going at the Banyan Tree Fitness Club, featuring state-of-the-art gym equipment and an unparalleled view at 55 storeys high. We also recommend pampering yourself at the award-winning Banyan Tree Spa.

As a landmark, Marina Bay Sands needs no introduction. It is well known for its shopping mall housing luxury brands, collection of celebrity chef restaurants, and casino. For international tourists looking for a one-stop hotel location that offers everything and more, the Marina Bay Sands hotel is a fantastic option.

Despite boasting a high occupancy rate all year round, its hospitality still remains unflurried and efficient. The rooms are comfortable and retain a perpetual newness to them — you wouldn’t be able to tell that the hotel turns eight this year.

Travel
Check in: Sofitel Kuala Lumpur Damansara offers plush rooms and a gastronomic experience
Marina Bay Sands ArtScience Museum Marina Bay Sands Hotel Spago by Wolfgang Puck mbs singapore Lavo Renku Bar & Lounge Adrift by David Myers marina bay sands infinity pool mbs hotel
PohNee Chin
Editor, Kuala Lumpur
Poh Nee is the editor and writes about travel and drinks. When she's not living out her holiday dreams via Google Earth and sipping on an Old Fashioned down at the local bars, you can find her snug at home bingeing on Netflix and mystery fiction.
Travel Drinks
Sign up for our newsletters to have the latest stories delivered straight to your inbox every week.

All the important details to know before travelling to Canada