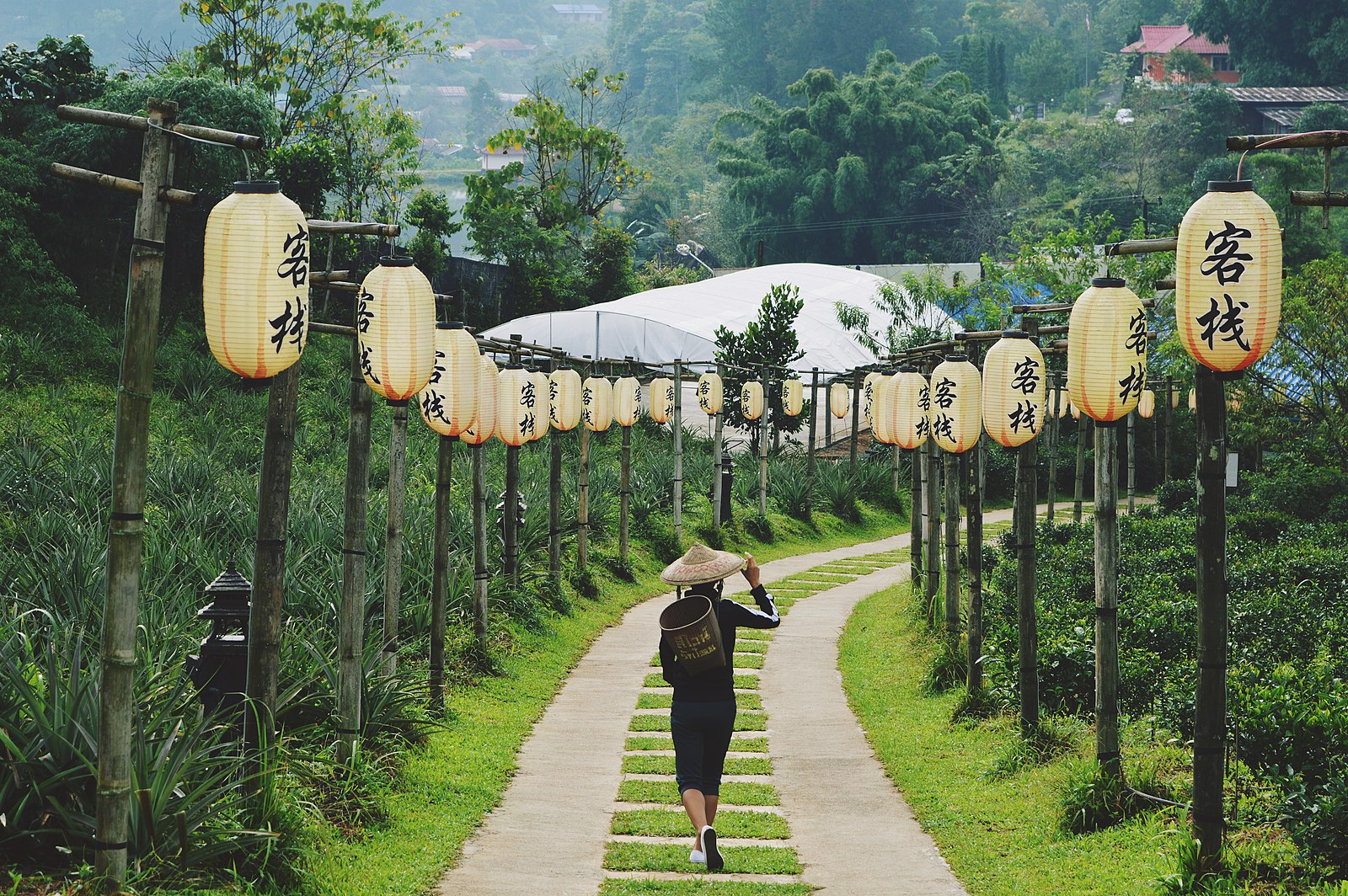 Think of a city in northern Thailand and the first place that comes to mind is Chiang Mai. A tourist haven that’s rich in historical culture, many know of Chiang Mai and have actually been there. But explore slightly further north and you’ll see that there is another lesser-known mountainous province worth visiting: Mae Hong Son.

It is known to the locals as “The City of Three Mists” thanks to its location in a valley surrounded by high mountains. In the past, most tourists had only headed out as far as Pai from Chiang Mai, which means that Mae Hong Son remains largely untouched by the ravages of tourism. That’s slowly changing as more airlines begin direct flights into Mae Hong Son Airport from Bangkok.

Its close proximity to the border of Myanmar also means that some Burmese influence spills over to this part of Thailand: the indigenous Karen people, Burmese architectural influences on temples, and more. But perhaps the biggest appeal of this province is its closeness to nature. Think lush forests, trekking through waterfalls, and observing the wondrous nature of fish caves.

Go on a temple run

Like every other city and town in Thailand, the Buddhist temples are a sight to behold even in little-known Mae Hong Son. There are several in the province, but the most known ones are Wat Jong Klang and Wat Jong Kham, twin temples that lie at the end of Jom Kham lake. Due to their prominent locations at the resident lake, these twin temples are the most popular ones in Mae Hong Son and are known landmarks.

Burmese influences can be seen in the architectural styles of these temples, which are extremely different compared to the rest of Thailand’s Buddhist temples. Inside the temple, you will find numerous paintings on glass depicting the Jataka tales, which are stories of the previous lives of Buddha. These paintings have apparently been done by Burmese artists and brought to Wat Jong Klang in the mid 19th century.

Another temple worth visiting is the Wat Phra That Doi Kong Mu, which is slightly harder to get to. Located out of town and at the top of Kong Mu hill, you’ll be rewarded by a breathtaking bird’s eye view of the entire province. Like the twin temples, Wat Phra That Doi Kong Mu is also designed with Burmese influences — the two pagodas from the temple complex was built in the late 19th century in a Burmese archetype.

Being one with nature is a key activity here in Mae Hong Son, and how better to indulge in some forest bathing than with a spot of jungle trekking? Luckily for you, there are several routes to pick from. Head to Namtok Mae Surin National Park and if you’re up for it, take a hike up Doi Pui Luang, the highest mountain in the park at 1,700 metres above sea level. During your hike, you might also come across Mae Surin Waterfall, which is among the tallest single-tier waterfalls in Thailand. If the recent incident hasn’t put you off caving completely, it’s worth visiting the Nam Hu Hai Jai Cave in the national park too, which is an approximately four-hour trek from the national park entrance. Just be sure to avoid it during rainy seasons.

However, if you’re not quite ready to be that adventurous, there are regular jungle treks that you can go on. Take the Mae Sakud Nature Trail, a 7.5km trek in a circular loop which will take you approximately four hours to complete. Out of the jungle, there are paddy fields to explore. If you go when the paddy is ripening, the view will be spectacular.

Avid bikers might have already heard of the Mae Hong Son Loop, a scenic route that allows you to really take in the Thai countryside. The 650km ride is mostly done on motorbikes for the enthusiasts, but you can use a car too for a nice road trip. The three-to-five day drive covers Chiang Mai, Mae Chaem, Mae Sariang, Khun Yuam, Mae Hong Son, Pai, and Chiang Dao areas. Most bikers tend to make Mae Hong Son their overnight base before continuing on the journey. Now that’s one way to explore northern Thailand.

Once a year at the beginning of April, a colourful festival befalls the province of Mae Hong Son. Known as the Poy Sang Long Festival or Buat Luk Khaeo Festival, it’s a rite of passage festival to celebrate young boys of 10 to 13 years who have been ordained as nakh or novice monks. It goes on for three days — on the first day, the boys have their heads and eyebrows shaved, then bathed in holy water for purification. They are then dressed up as princes, and all of them follow in a parade towards the temple. During this parade, each of them is accompanied by three people: one older male relative to carry the boy on his shoulders, one to shield him from the sun with a gold umbrella, and a third attendant to guard the precious jewels.

On the second day, the boys don a white turban and once again goes through a parade towards the temple to offer gifts to Buddha and the temple monks. The third day is ordination day, where the boys will head in a procession to the temple and request for permission to be ordained by the senior monks. If they are accepted, they will take vows, change into yellow robes, and become full novices. What makes this festival worth watching is that you can only find it in the northern parts of Thailand. In Mae Hong Son, it usually takes place in Wat Chong Kham Temple.