Knock Knock! Who’s there? Why could we smell some unanswered mystery there? Should we or should we not open the door? Well, since there aren’t any positive answers from the other end, we should hold our horses back and let those doors rest. After all, they are designated as strangely secretive for some reason. Let’s explore these mysterious doors in the world a little bit more to understand what is behind those walls in detail.

If at all you recall the wardrobe that led Lucy to the land of wonders of Narnia, you will be rightly aware that the door is a key to a bizarre world of mysteries and abracadabra. How we daydream of such a door for real! There legitimately are locations in the actual world where doors have been enclosed for generations due to something or the other. Doors are doubtlessly meant for both entry and exit purposes but what about the doors that either has no access to entry or exit or hold no way to enter at all? These mysterious doors and their theories will give us a wider idea about the same. Stay glued to this article till the end.

Blanketed with a serene ambience and a backdrop of the Bow Valley and the Rundle Mountain, Banff Springs is possibly the best destination for a vacation in Canada. Yet, this hotel comprises pages of mystery that have not been solved to date. Quite a good number of haunted stories have come up for years and years, and to name a few, there’s this room 870, McCauley-waitress, and the dancing bride. The management of the hotel does acknowledge the claims behind these stories except for the secretive room 873. The goosebumps-worthy narration of this occurrence is what makes this particular door one of the most mysterious doors in the world.

Visitors, guests, as well as the hotel staff, absolutely no one was permitted to have access to the room. The twist is, the room doesn’t even have a door for anybody to open it. Room 873 positioned on the 8th floor, cryptically went missing out of the blue. The door to room 873 was no longer visible. Instead, there was a huge wall in the middle of nowhere. Interestingly, when you knock on the wall, you’ll realise that there resides some hole, giving you an idea of the existence of a door or an entire room, at the rear of the cemented wall.

It is widely narrated that in a heinous incident in 1928, a married couple along with their daughter arrived at the hotel, checked in the same room, that is room 873, but never checked themselves out. The father killed himself after murdering his daughter and his wife. Since then, every guest who checked into room 873, raised issues concerning the girl’s cries, and fingerprints filled in blood on the mirror, leading to the permanent shutdown of the room.

Travel
All the important details to know before travelling to Canada 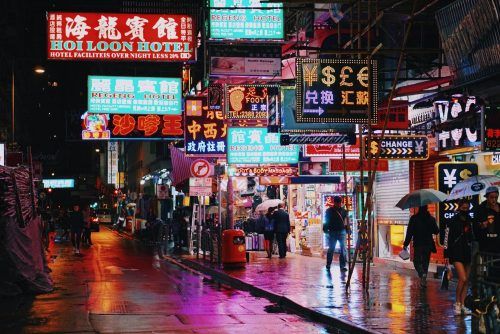 In the year 1974, a family who depended on farming for their livelihood, in Jingwa district, China, went to bore a well and discovered some clay statues that were in burnt condition. They instantly showcased the entire issue in front of the then government. Afterwards, when the Archeological Department of the country understood the significance of the place and began delving into it, that is when a gigantic army terracotta army was found. The army was positioned covering an area of 20,000 square kilometres in total.

A total of 8,000 terracotta statues of the army were discovered including 130 chariots, 500 earthen horses, and 150 cavalries. Then the army was assembled in a manner that a door was visible from the centre of it. For some peculiarly mysterious reason, the locals think that in case this laboriously mysterious door in the world is ever uncovered, the entire area will have to face the evil eye. That door has not even been touched to open to date, preserving the dignity of the belief of those natives.

The volume of India holds yet another mysterious door in the world which has not been made public yet, right from the 16th century. The holy temple of Padmanabhaswamy is situated in Trivandrum and was constructed in the 16th century. Afterwards, King Travancore who was popular for his revenue remodelled it. This temple consists of six domes in total. Five of the six domes were accessed. Highly valued treasures along with coins, gems, idols and gold were excavated from this vault. The calculated price of the treasure would be in trillions. And, here’s the mystery behind the sixth vault. 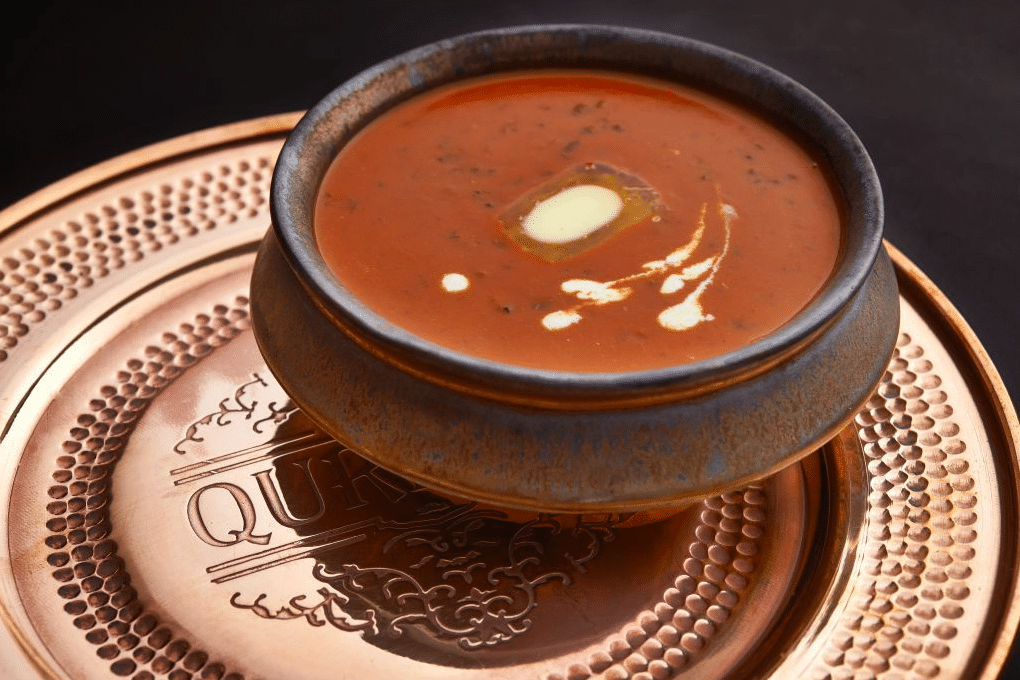 Travel
Little India to Havana: 10 most colourful places to add to your travel wishlist 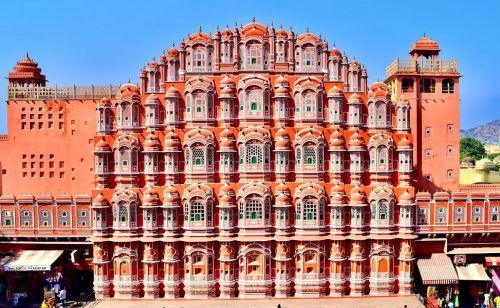 In the year 1930, some attackers trespassed into the temple and attempted to open the vault but disastrously failed. It is said, that this happened because a deadly and unbelievably huge cobra emerged out of the box. Nobody, to date, has a single idea about how and from where did the cobra even come up. Furthermore, it is believed that the door is safeguarded by a harmful curse and can only be handled or accessed by a ‘Sadhu’ who holds a good enough idea of the ‘Garuda Mantra.’

A fabled mortal accompanying a lion’s body and a human’s head, The Great Sphinx of Giza, was constructed some 4,500 years ago. It counted the sweat of 100 workers and a span of three long years to conclude. The presence of two rectangular cells at a drop of 25 feet is what the secrecy of the Sphinx looks like. These cells were found by seismographs and are planted underneath the Sphinx’s feet.

This location has been preserving one of the most heavily guarded mysterious doors in the world. According to the researchers, there are these two entry doors, access to which are entirely concealed. Government authorities have even prohibited any further investigation, and thereby, what had been existing behind the doors, is still a mystery. Although, if the account of theories is to be counted, this particular door of the bedroom could lead us to a gallery of records comprising manuscripts of documents where the Egyptians had succeeded to record the ancient times of Atlantis’ distinct continent.

Coming across the name of The Taj Mahal in almost every list belonging to the best attraction in India or the best monuments in India and so on is of no surprise any longer. But bumping into this prestigious structure in this list could be a bit astonishing. It is true that the beauty of a tombstone constructed over an extent of 20 years consists of a few mysterious doors that are sealed for no one to break in. It comprises 1089 rooms in total but there exists certain rooms that have been kept in the dark from the rest of the world.

Travel
Taj to Hilton Hotels: 10 of the strongest hotel brands in the world 2022 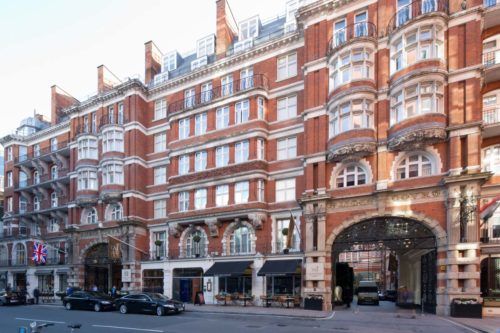 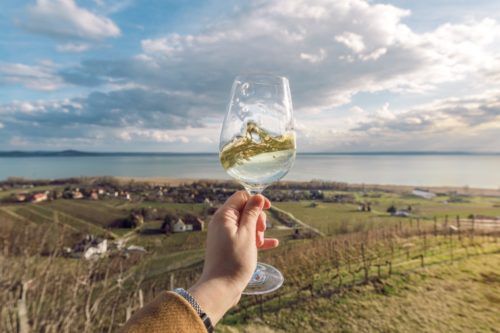 Amidst the diverse narrations, one of them is that an entirely marbled room, if exposed to too much carbon dioxide, can transform into calcium carbonate. Thereby, the four towers encircling the Taj Mahal will land chances of destruction. Because of a similar reason, there isn’t any scope for airing in this room.

With a well-built background in English Honours and Mass Communication, Shrestha is a writer who holds a fair experience in understanding and creating content in terms of writing. Previously, her professional exposure counted working with Curly Tales as a content writer. Besides the routine designation, she's a photographer and an artist by passion, a trained singer by heart and of course an independent writer by an incomparable zeal. The interesting disclaimer is, she’s always on the run for her comical laugh and hilarious escaping excuses.

12 destinations to visit in 2023 according to your zodiac

If you’re a fan of Netflix’s ‘Wednesday’, you can visit these filming locations in Romania