Granada Travel Guide: What to do in the Moorish jewel of Spain

Travel
Granada Travel Guide: What to do in the Moorish jewel of Spain
Share this article
Next article

When we think of travelling to Spain, some of the first cities that come to mind are often Barcelona, Madrid, or maybe even Seville.

The first cities that come to mind when talking about Spain have to be Barcelona, Madrid or maybe even Seville. Yet the mysterious allure of Alhambra in Granada never fails to draw travellers from all over the world. The Moorish jewel spotlights the most important reminders of the Moors in Spanish history, with its Islamic architecture and bustling Arab-flavoured street life coupled with monumental churches.

Here, we’ve gathered the essentials for you to get a head start to exploring one of Spain’s most beautiful cities, Granada.

General tips for travelling around Granada

The best times to visit Granada are the months of May and June. The weather is cool with plenty of sun and flowers are in full bloom.

Do not be offended if niceties are not in order at the shops or restaurants. Although it may seem rude, Andalusians are known to be more direct and blunt with their speech. Likewise, you can leave the please and thank yous out during your stay, unless greeted with it first.

Unlike Singapore, tipping is required at dining outlets in Granada. A general rule would be to leave a tip of 10 – 15 per cent of the total order.

Most tourists walk around the city centre, as the main attractions are located close by. For those seeking a less strenuous tour, public buses run through the city. A single ticket costs €1.40 (approx. RM6.40), but a travel card can be purchased at most newspaper kiosks and topped up with €5 (approx. RM23) or €10 (approx. RM46).

1
Take a glimpse into the Moorish Culture at Alhambra

Alhambra is a reminder of Spain’s Moorish past. This fortified palace complex was originally designed as a military area and became the residence of royalty and of the court of Granada in the middle of the thirteenth century. When the Catholic Monarchs conquered Granada in 1492, Alhambra also became a Christian court. Integrating the natural environment with its structures, Alhambra is a true testament to the craftsmen of that era and a fitting representation of Moorish culture in Spain. This vantage point is the place for all travellers to Granada for the money-making shot of Alhambra. From here, catch a bird’s eye view of Alhambra against the backdrop of the dark Sierra Nevada mountains. However, expect crowds of camera-toting visitors as it is a well-known location. Be sure your items safe with you as you take in the spectacular view.

Mirador San Nicolas can be accessed by Plaza Isabel Católica in a bus on the routes C31 and C32 that go to the Albayzin. If you’re up for a hike, you can walk up the hill through the quaint little Albayzin streets.

When the past Kings of Granada wanted an escape from the dreary official work, the go-to spot would always be Generalife. The name is definitely a misnomer as the life they lead here was anything but general. It was built in the 13th century and it was redecorated by the king Abu I-Walid Isma’il (1313-1324). Intimate and peaceful, one can experience first-hand the kind of ambience that the royals were looking for when they retired to these gardens to rest.

Elements of traditional Andalusian cuisine is fused with modern culinary concepts here at El Claustro. Armed with a dinner-only menu, diners can choose from a range of dishes created from local produce. Situated in what used to be a 16th-century convent, EL Claustro provides an elevated dining experience for travellers seeking a relaxing dining experience with a historic twist.

For those seeking convenience, Eurostars Catedral is the perfect accommodation in the city. Its prime location is just steps away from the cathedral, the city’s Spanish Renaissance masterpiece and the temple’s famous Puerta del Perdón. Find yourself immersed in Spanish literature, as each of the 94 rooms and corridors features poems and verses for guests to discover. Armed with a fully-equipped gym, a sauna and a Turkish bath, guests are able to fully unwind after a long day of exploration. The newly opened 4-star Catalonia Granada is equipped with 153 elegant rooms for travellers all over the world. Just five minutes from the historical centre is it also right beside the train station, a future AVE high-speed train station. The main pull factor here is the unadulterated views of the Sierra Nevada and the city of Granada from the hotel’s pool terrace. If you need a respite from all the travelling, a wellness zone including a spa, pool and massage rooms is also available here. 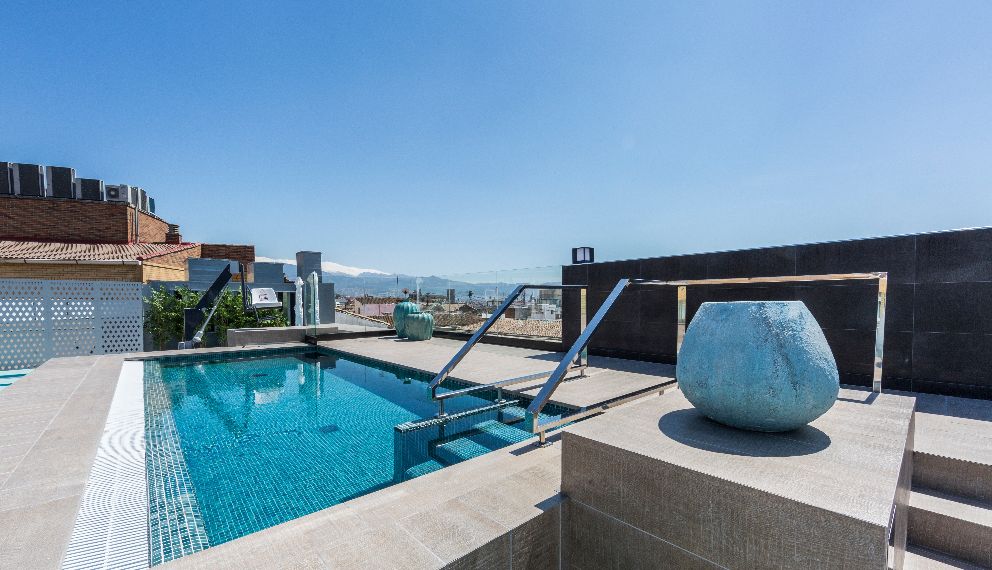 Spain Europe travel Andalusia Granada
Jocelyn Tan
Writer
Jocelyn Tan is a travel and design writer who's probably indulging in serial killer podcasts or reading one too many books on East Asian history. When she actually gets to travel, you can find her attempting to stuff her entire wardrobe into her luggage. Yes, she's a chronic over-packer.
Travel Design

Crippled by the pandemic, will Penang’s tourism industry ever emerge from the nightmare?