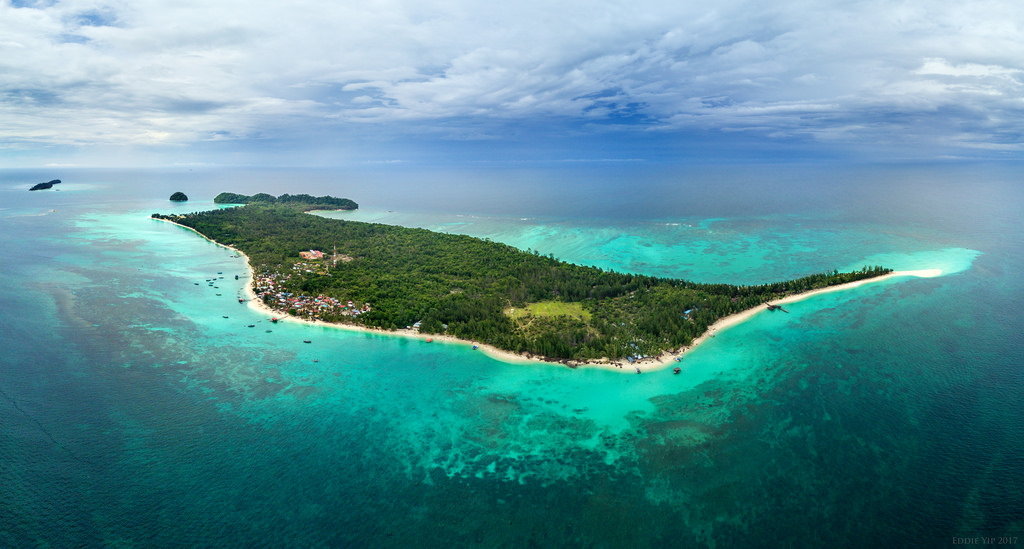 Island getaway: 5 luxury resorts to stay at in Sabah

Travel
Island getaway: 5 luxury resorts to stay at in Sabah
Share this article
Next article

Every year, around three million local and international tourists go on a two-and-a-half hour flight from Kuala Lumpur to Sabah. Surrounded by captivating turquoise waters, the northern state in East Malaysia is dotted with a treasure trove of picturesque islands that are simply perfect destinations for a beach vacation.

While it’s blessed with lush tropical rainforests filled with exotic wildlife (the world’s biggest flower, the Rafflesia, can be found on Sipadan Island), many travellers also flock to Sabah for the world-class dive sites off its east coast. The islands of Sipadan, Mabul, and Kapalai have, in fact, earned a following among scuba divers around the world.

But if you aren’t confident about your diving skills, you can still be content with the state’s beautiful coastline, which stretches over 2,600km long. You can also choose to visit the five nearby islands at Tunku Abdul Rahman Park, which is only fifteen minutes away by boat from Kota Kinabalu. These islands include Pulau Gaya, Pulau Manukan, Pulau Sapi, Pulau Sulug, and Pulau Mamutik, and can get quite crowded with tourists during the peak seasons.

Alternatively, you can look out for other more rustic spots such as Pulau Pom Pom, favoured for its laid-back ambience; Tiga Island, famous for being a location on the reality show Survivor and for its volcanic mud; and Taman Pulau Penyu, which is also known as Turtle Island. 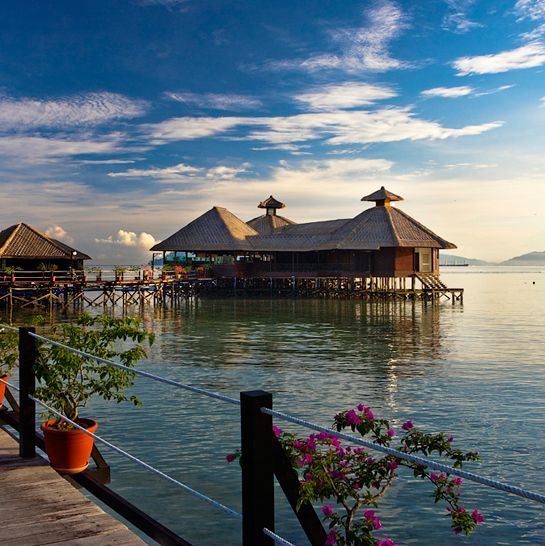 Perched on the edge of a lush coral reef island, Gayana Eco Resort is a must-visit for nature lovers. It’s the only property with an on-site marine ecology research centre that advocates the protection of endangered giant clams, and restoring natural coral reefs. You can pick rooms based on the views you wish to face – the lagoon, the mangrove, the villas, the ocean, or the palm. Guest can kayak or get a massage at the Solace spa within this four-star accommodation. 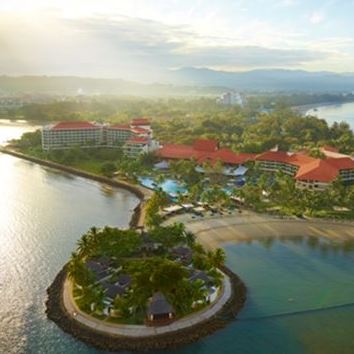 This five-star resort is perfect for city lovers, who are looking to reconnect with nature without abandoning the convenience of modern amenities. Around 10 minutes away if you’re driving from the city of Kota Kinabalu, Shangri-La Tanjung Aru Resort has everything you need for a relaxing holiday. From getting a calming massage at the resort’s CHI spa to a smorgasbord of water sport activities (jet ski, wake boarding, wind surfing and many more), there’s certainly something to do for whatever mood you are in. 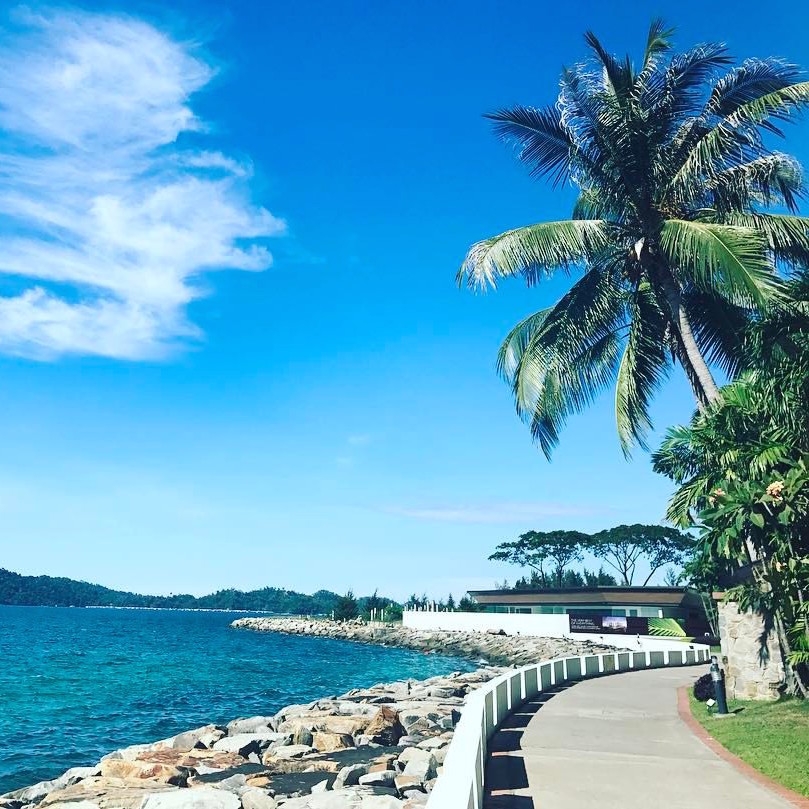 With 456 rooms and suites, a grand ballroom, and architecture designed based on the themes of Sabahan culture, you will feel like royalty staying in Magellan Sutera. They also have ample sports facilities to keep you fit while you relax, such as a golf course, tennis court and swimming pool. At night, enjoy buffet dinners with an unlimited flow of sparkling wine at the Five Sails restaurant. 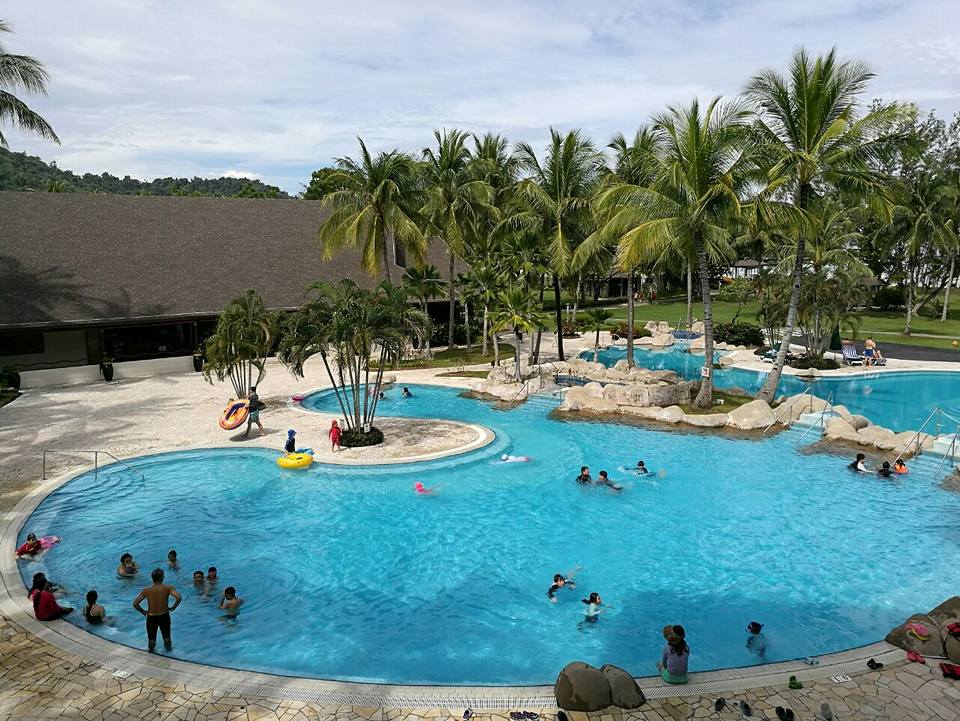 Looking to escape from the hustle and bustle of the city? Checking in at Nexus Resort & Spa Karambunai can give you the calm and peace you’re craving for. Around 30 kilometres northeast of Kota Kinabalu in the Karambunai Peninsula, this luxury resort sits on 65 acres of lush landscaped surroundings. Sounds too far? Don’t worry, the hotel provides a private van to transport guest from the airport. It also has amenities such as the Karambunai golf course, bars and restaurants, and the Borneo spa. 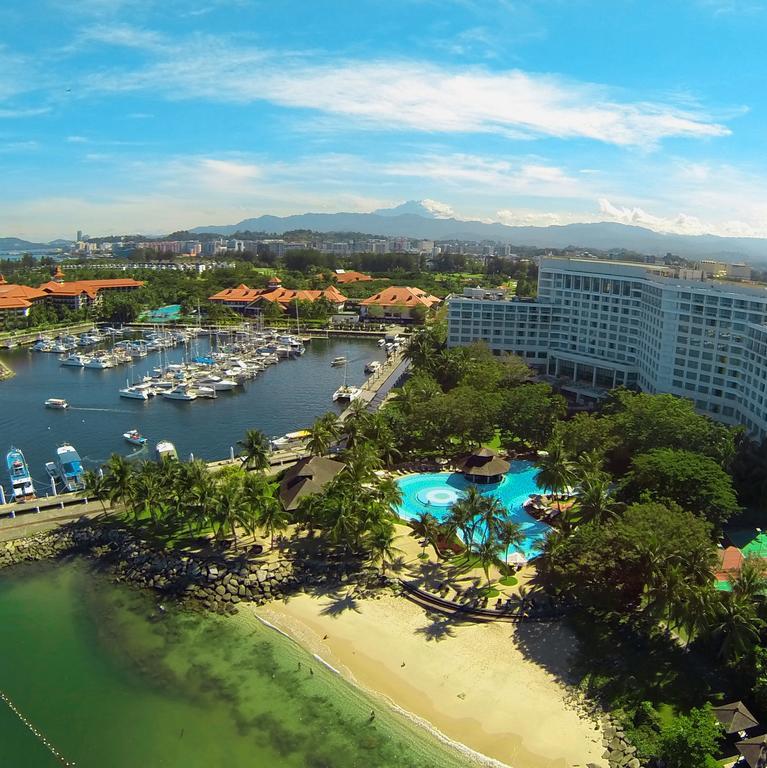 The Pacific Sutera is a luxurious five-star hotel with contemporary decor and dramatic views of a golf course and the sea. If you’re a Pacific Club member, you will get breakfast and cocktails served in the Pacific Club Lounge, situated on the top floor. Famous also for its Sutera Marina Harbour, guests may experience yacht cruising, sailing, and other family-friendly activities.