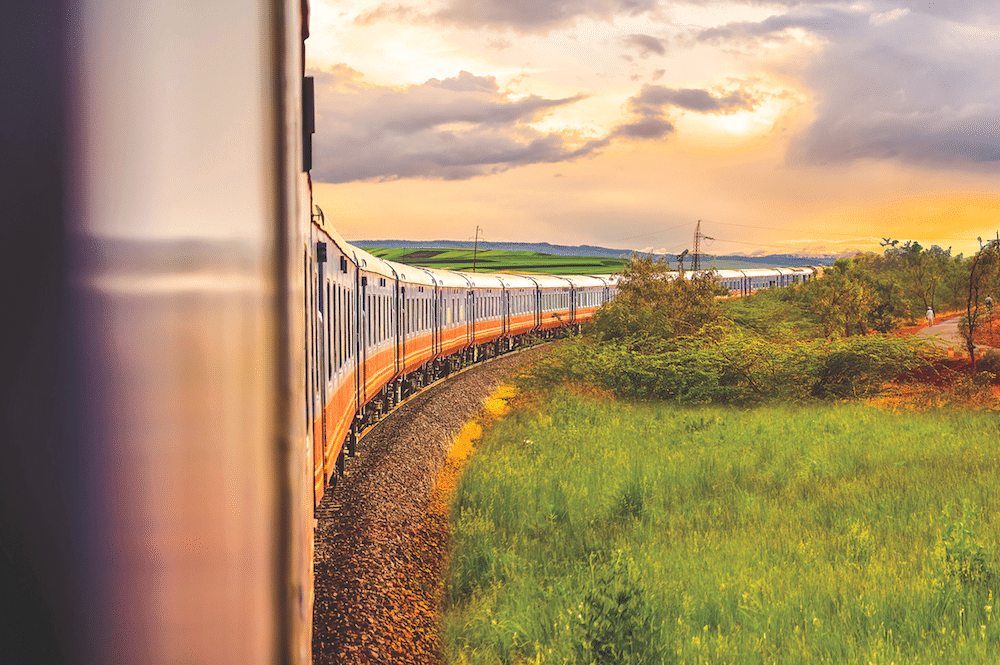 Journey through India on board the Deccan Odyssey, Asia’s leading luxury train

Travel
Journey through India on board the Deccan Odyssey, Asia’s leading luxury train
Share this article
Next article

Deccan Odyssey, India’s leading luxury train made history at the World Travel Awards (WTA), after being named as Asia’s Leading Luxury Train for the 5th time in a row. The premier luxury train, known for its majestic journeys, intoxicating sojourns and exemplary service, received the prestigious award during a glittering ceremony held at the Intercontinental Grand Stanford Hong Kong on 3rd September 2018.

The Deccan Odyssey surpasses the definition of luxury with its unparalleled service and stunning design that not only offers incredible comfort but also a rare window to discover India. In the palatial train, one discovers more than one facet of India through six enchanting journeys across some of the most historical and mysterious sites in the country.

It is the only luxury train in India that traverses through all the major tourist destinations, and a gateway to the little known cultural secrets of the country.

Enjoy a timeless discovery of art, architecture, culture, heritage and wildlife that are significant to specific provinces including Maharashtra, Gujarat, Karnataka, Rajasthan, Andhra Pradesh, Goa and Delhi. Marvel at World Heritage Sites, wander through colourful bazaars, witness scintillating performances by folk dancers and indulge in retail therapy as you end your day by tasting some of the best vintage wines and meals prepared with secret recipes known only to royal chefs.

Deccan Odyssey has 21 coaches and out of which, 12 are passenger cars that accommodate eight. There is an entertainment car, two dining cars as well as a coach each dedicated to a spa and a bar. The train is also home to four resplendent Presidential Suites with exquisite décor and modern amenities.

Guests on board can also dine in two gourmet restaurants available on the train. Both Waavar and Utsav offer local specialities from each of the states that the train moves through. It promises an experience that captivates all the senses. These are supplemented with a well-stocked bar and a lounge to enjoy Indian snacks and mingle with fellow travellers.

Whether it is the hidden treasures of Gujarat that intrigue you, or the Pink City of Rajasthan for its stately forts and palaces, Deccan Odyssey takes you on an unforgettable trail through history, culture and exotic landscapes. Hop onboard the Deccan Odyssey as we show you what’s inside Asia’s best luxury train and the colours of India. 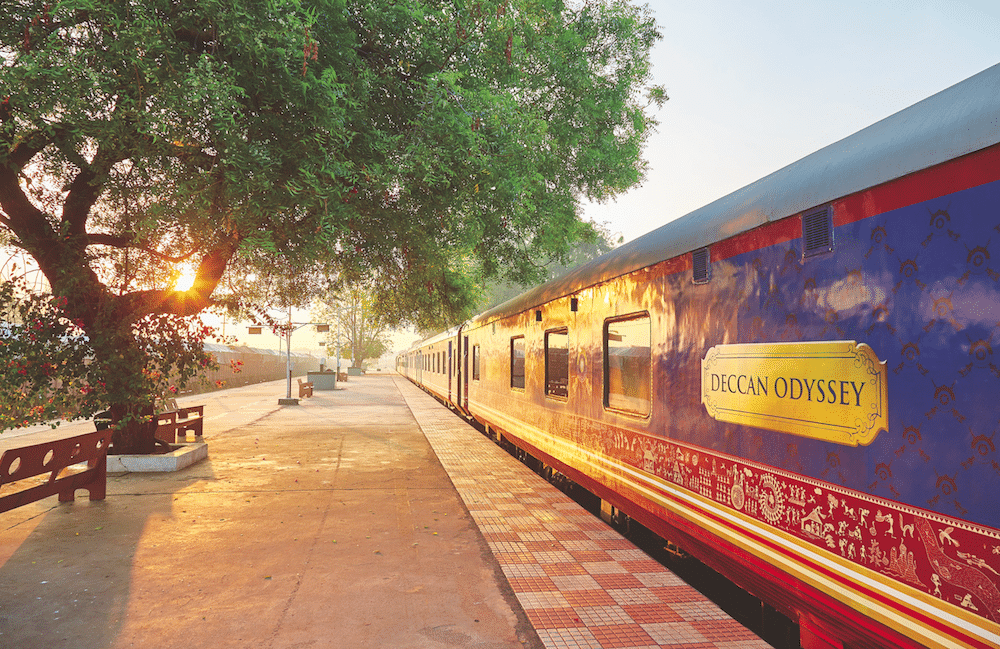 Welcome onboard the Deccan Odyssey, a luxurious, magical ride to India’s mysterious wonders. 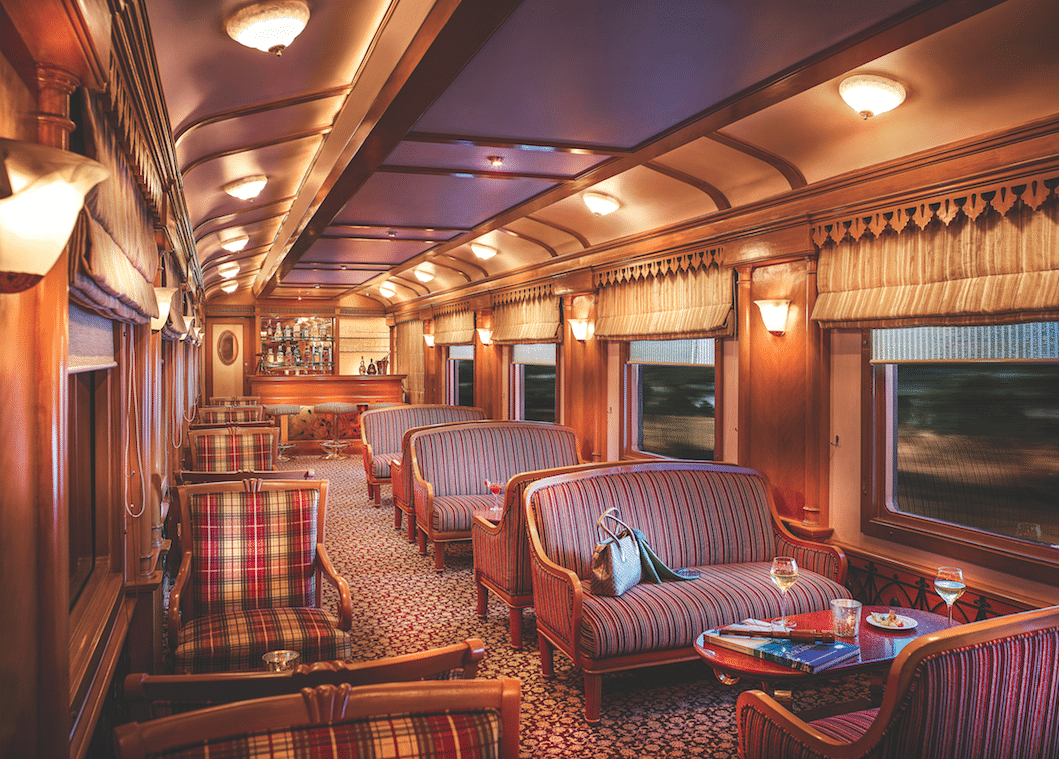 The interiors are designed based on how Indian royalty and British aristocracy would often set out on their sojourn to desert cities or vineyards in the luxury of their private ‘palace’ on wheels. 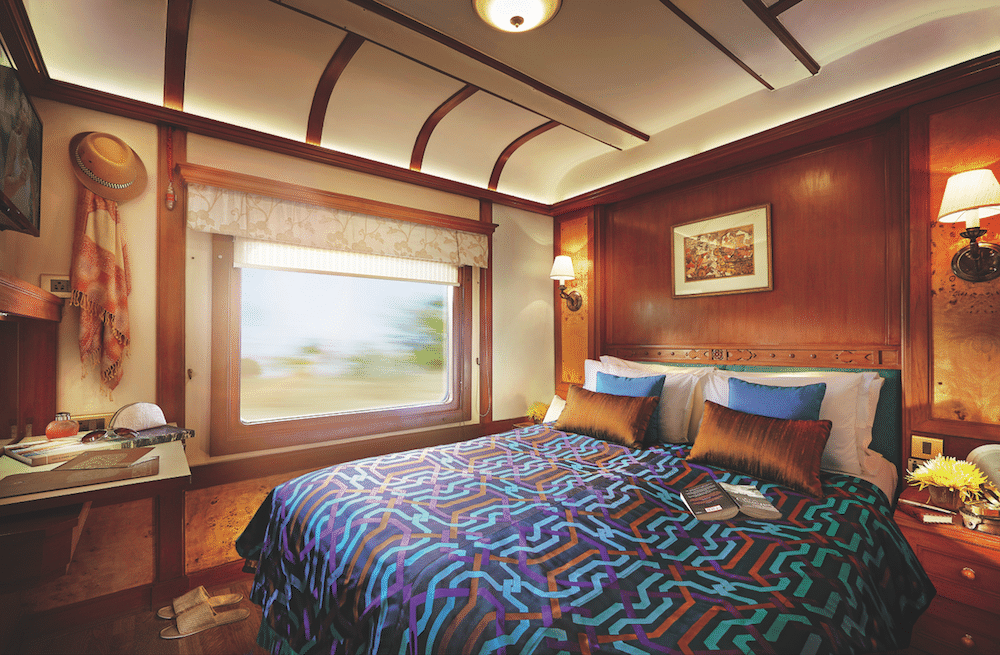 The Presidential Suite is a once-in-a-lifetime experience offering adventure and style. 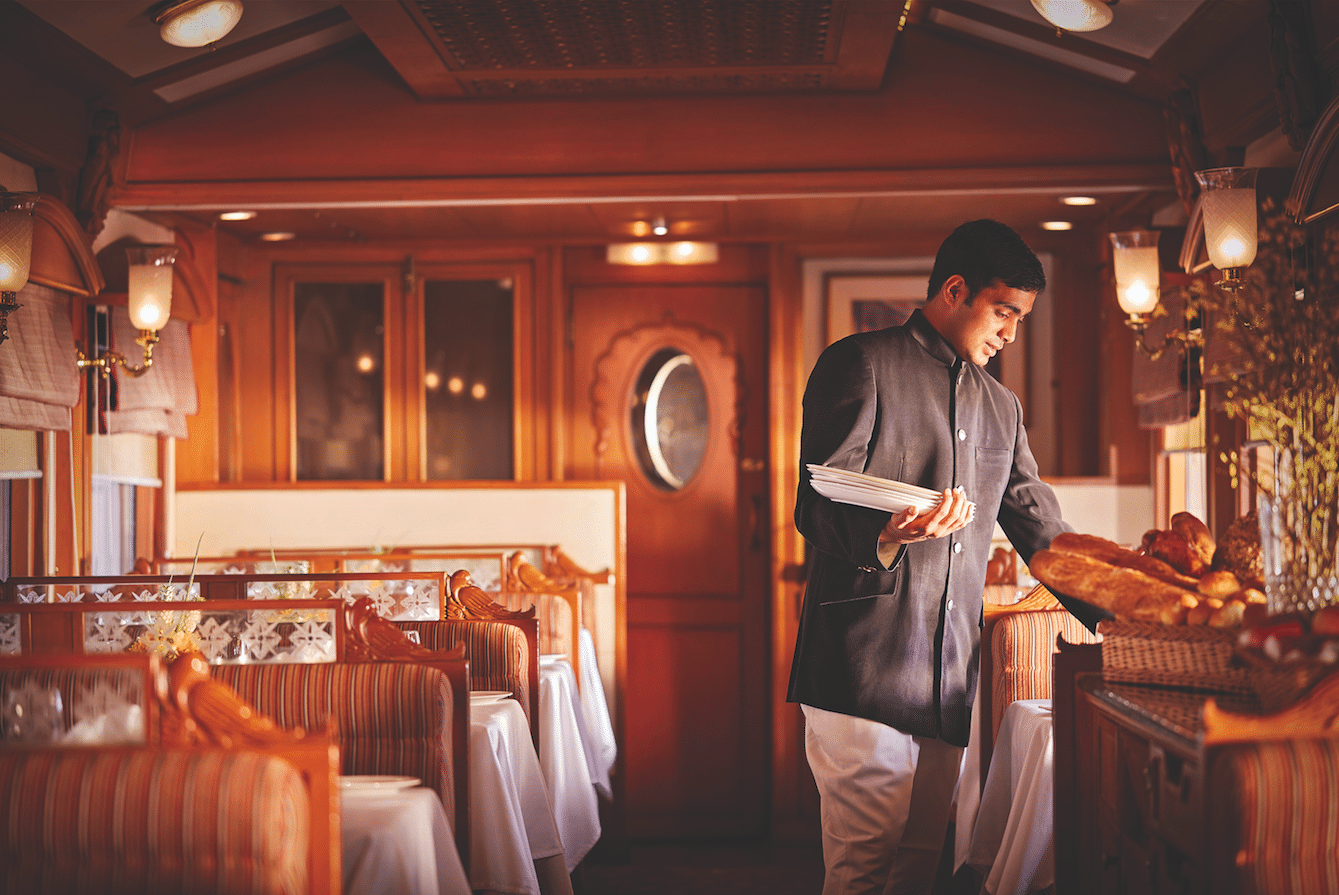 Enjoy the finest hospitality aboard the train that comes with two gourmet restaurants, a lounge and a well-stocked bar. 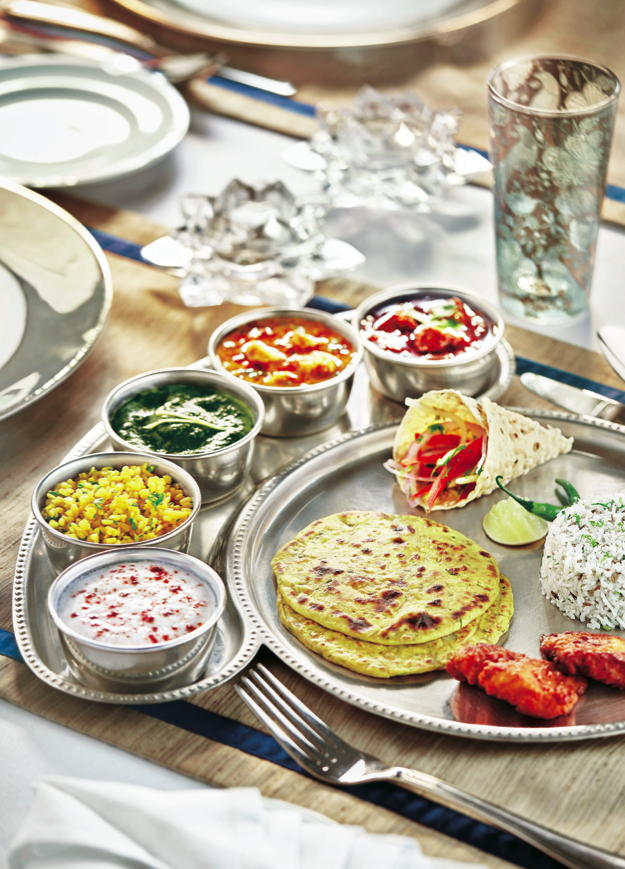 Dine like a king with the flavours of various regions in India. 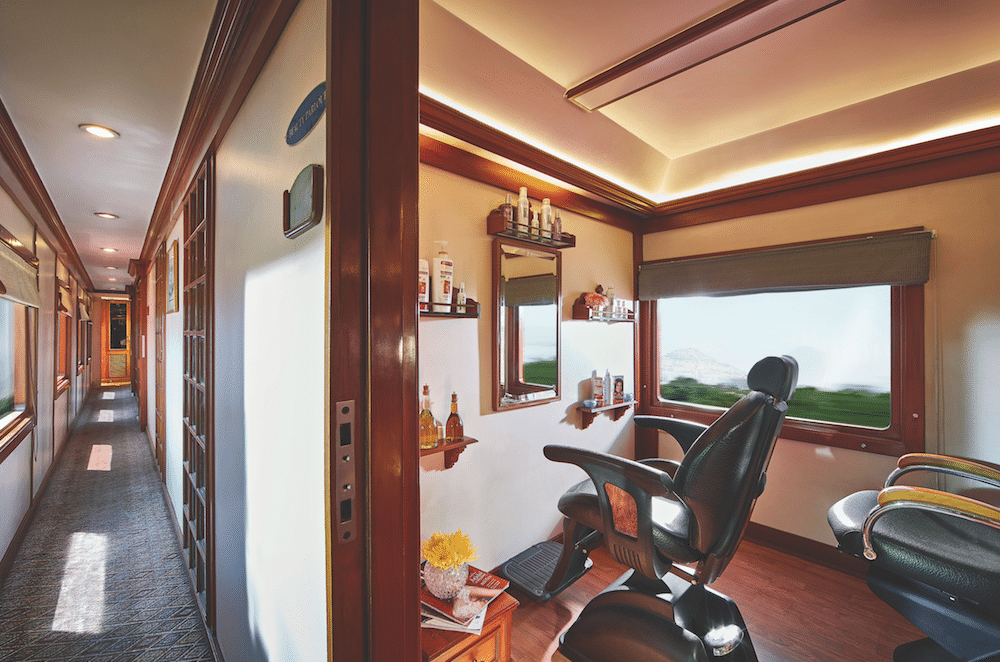 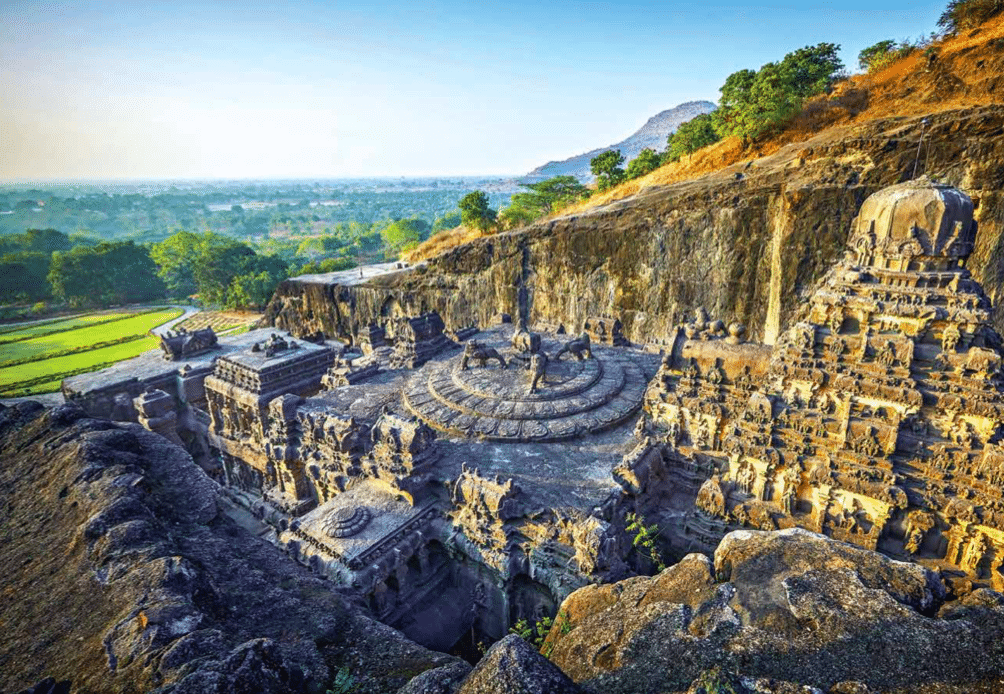 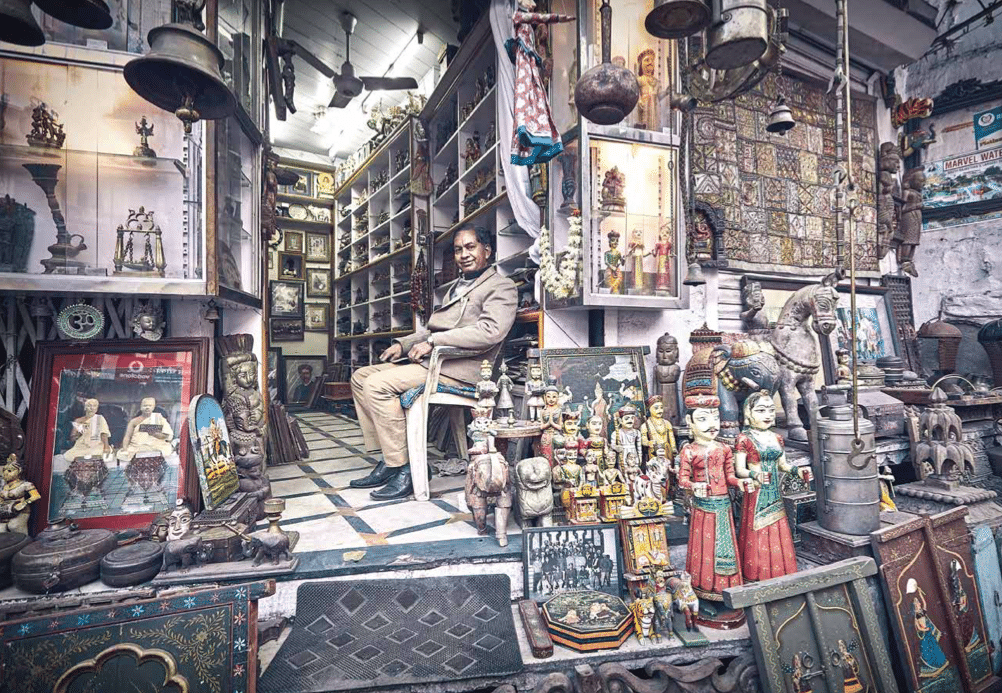 Some of the hidden treasures of Gujarat await. Pick up a trinket or two as souvenirs along your journey. 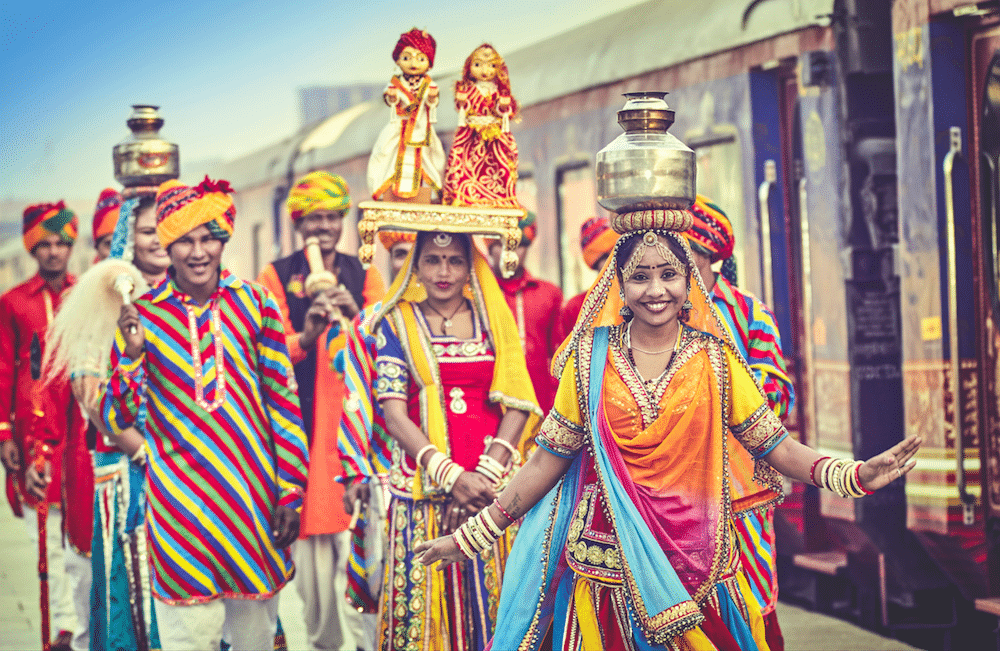 Alight to a marvellous spectacle of cultural affairs, folk dances and colourful festivals that vary according to the different states of India.