Home > Travel > Destinations > The most luxurious riads and hotels in Marrakesh 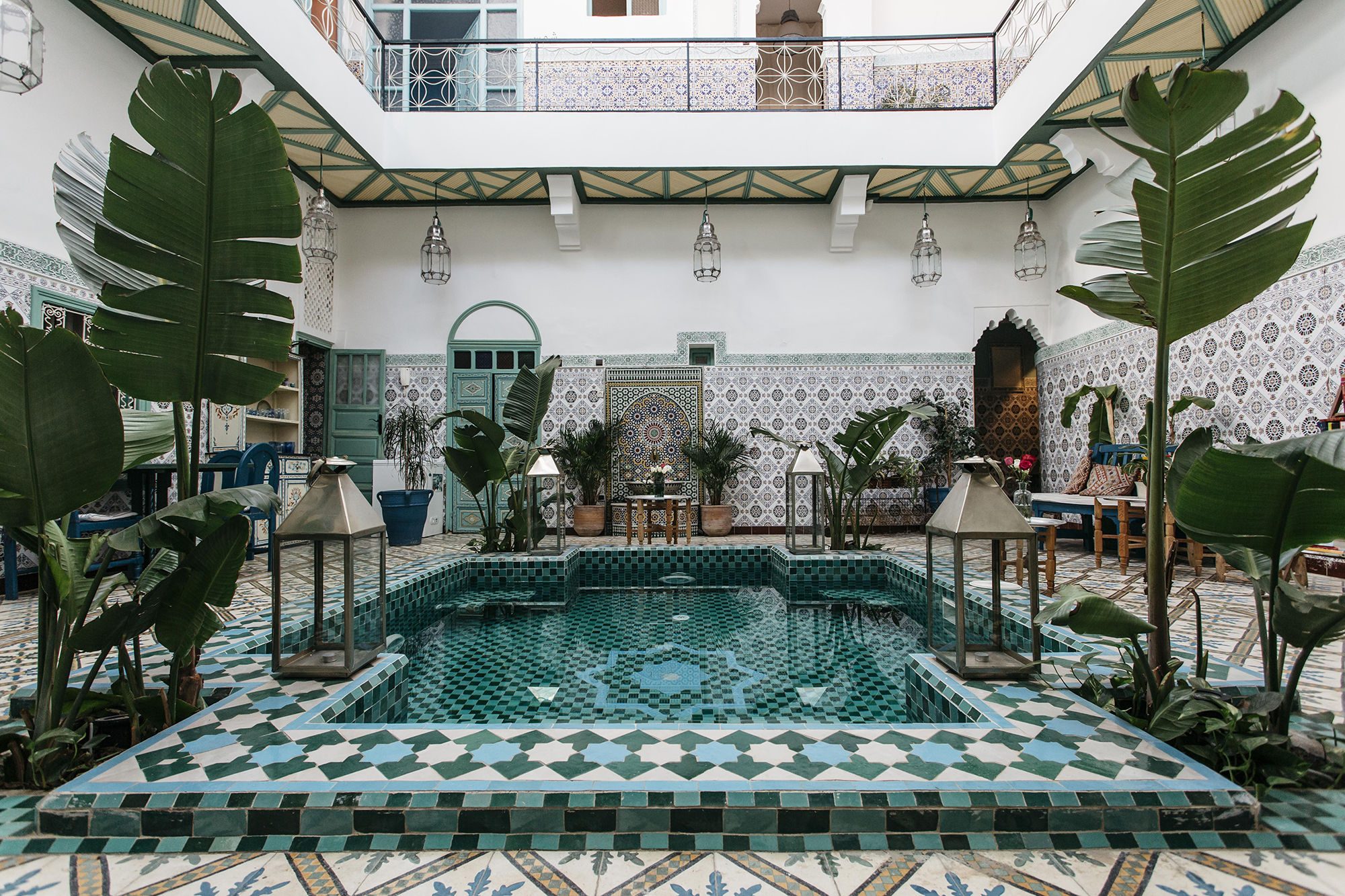 The most luxurious riads and hotels in Marrakesh

Mention Morocco and Marrakesh would be the first city that comes to mind – nevermind that it isn’t the capital (that’s Rabat). The buzzing tourist spot is the most important of all of the kingdom’s historical imperial cities and is today, home to some of the most luxurious riads and hotels.

These are former palatial homes built in the Andalusian style that sees dramatic arches, geometric tiles and a stately courtyard with a water fountain sitting in the middle of the house.

Indeed, the region has had a long, historical relationship with luxury. Think of how camels would amble across the desert carrying gemstones, oud, spices and silks for buyers back home.

That spirit is still preserved and it has become a major tourist destination that’s especially attractive to well-heeled European travellers looking for a change of scenery. Its ancient spice souks are still intact, as are the photogenic alleyways and shops selling copper pots, tajines and leather goods tanned and stitched the traditional way.

But if the hustle and bustle isn’t quite for you, head indoors into these luxurious riad hotels. We’ve scanned the city for some of the most luxurious riads and hotels available and picked six oustanding ones that boast tranquility, heart felt service and amenities that would make that flight you hop on worth it. Here’s more. 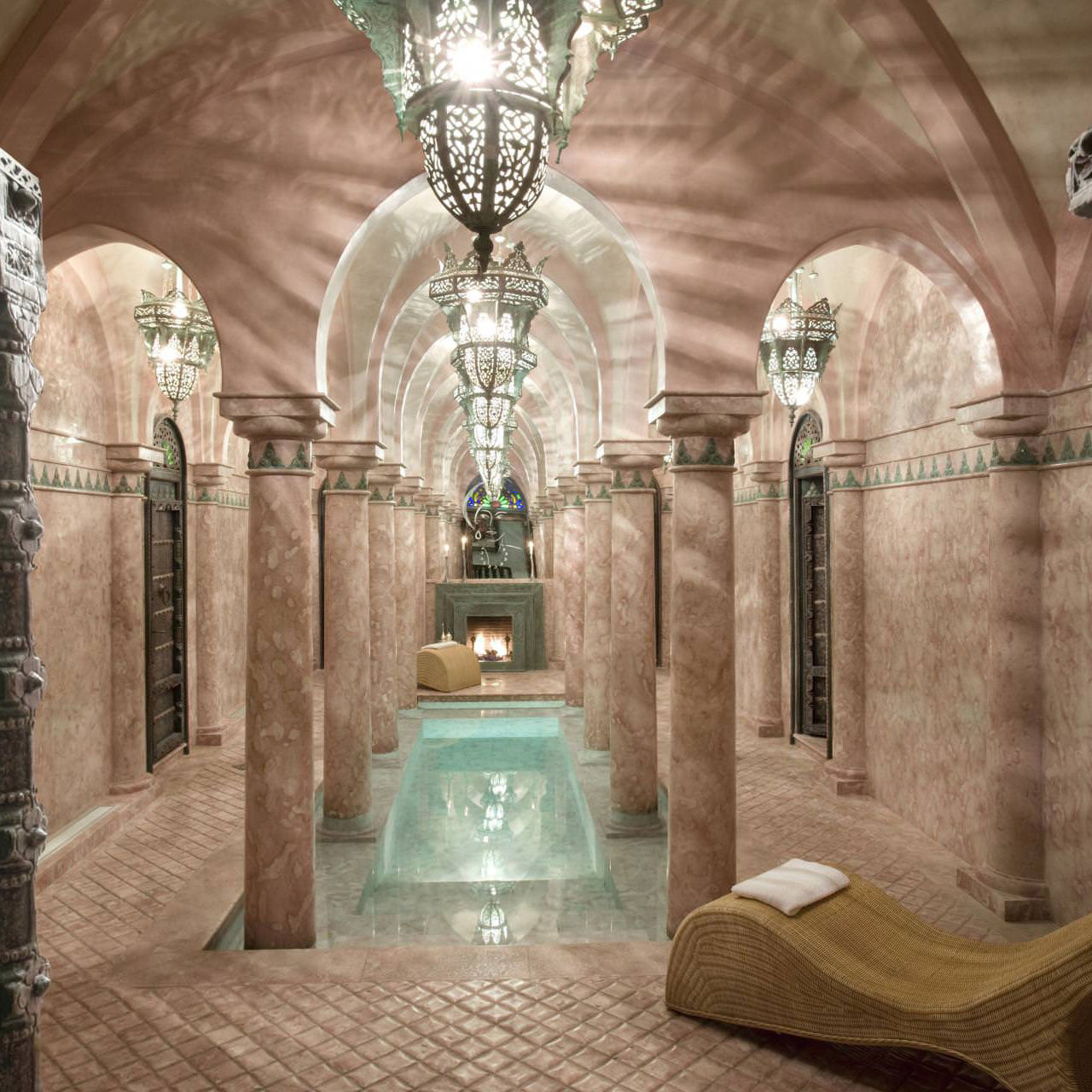 Forget minimalism. If it’s flourishes at every corner from intricate lamps stained in aubergine and crimson to heavy drapes you’re after, then La Sultana Marrakech is your go-to accommodation. It took three years to renovate and restore this compound and its complications involved the Historical Monuments Organisation. The result: an opulent hotel that houses 28 rooms and suites, each as dramatic as the next. 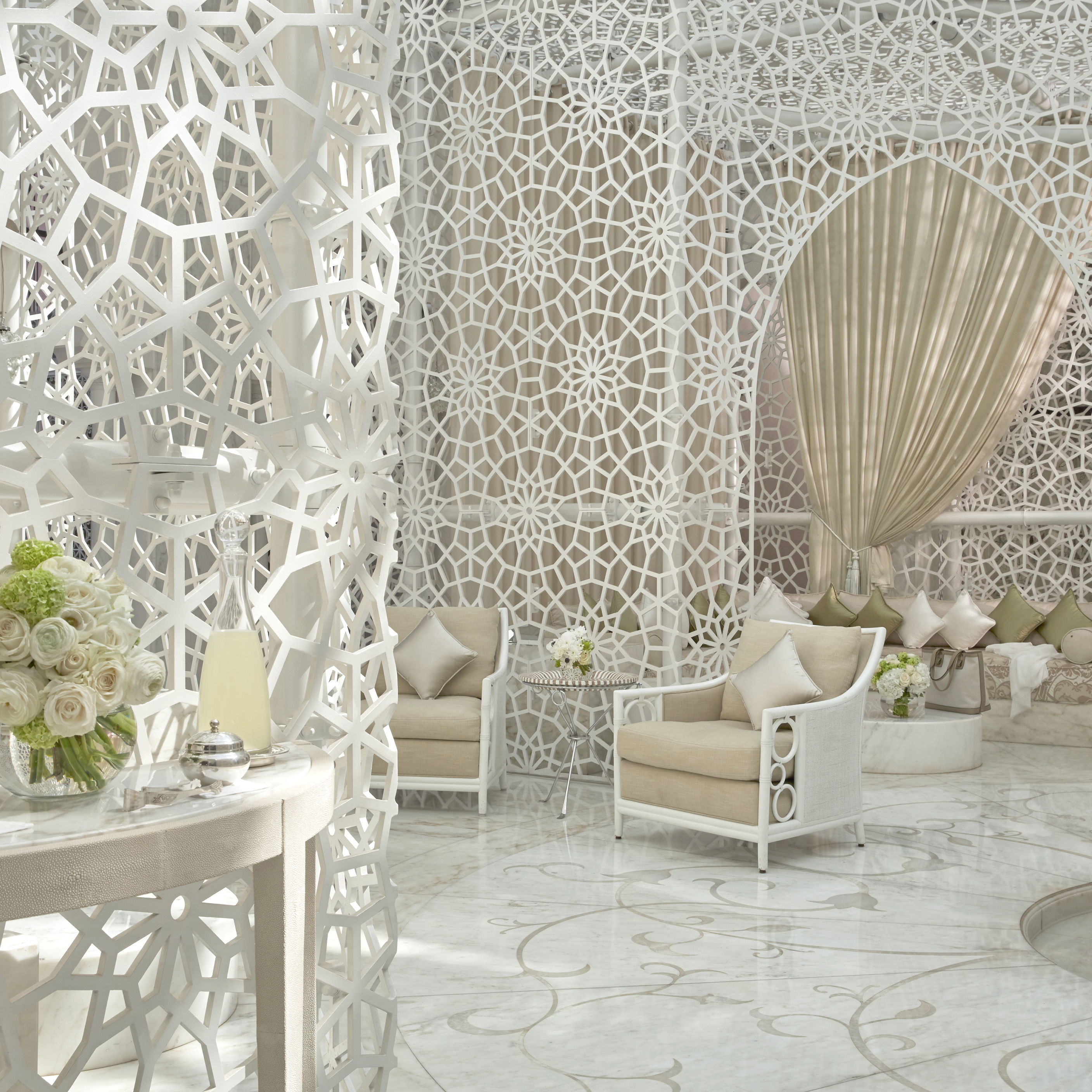 Pass through the four tonne bronze gates of Royal Mansour and what awaits you is a plush 3.5 hectare property that took four years and over 1,200 planners, architects, gardeners and craftsmen to construct. This is by no means a boutique property and in fact, houses 53 riads, three bars, two fine dining restaurants and one casual cafe in the garden with a menu overseen by no less than decorated French chef Yannick Alleno. 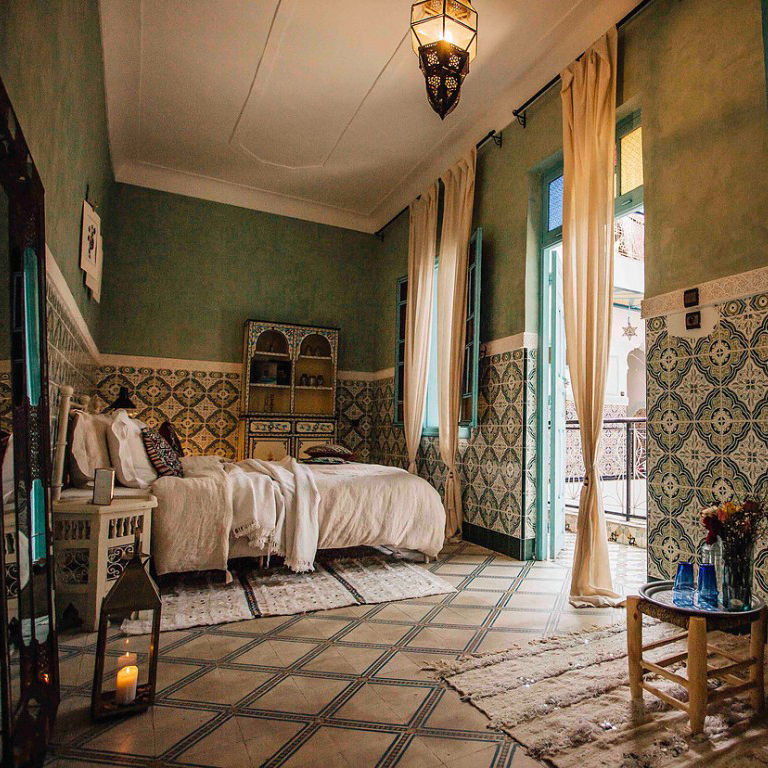 If pomp and grandeur isn’t your cup of tea, head to Riad Be Marrakech, a scaled back but no less comfortable take on the traditional Moroccan riad. This is a boutique property with just five bedrooms so one can expect top notch service without the gratuitous bells and whistles that luxurious stays sometimes offer. The best part? It’s located smack in the middle of the old city so Djemaa el-Fna — the main market that everyone flocks to in Marrakech is just a short walk away. 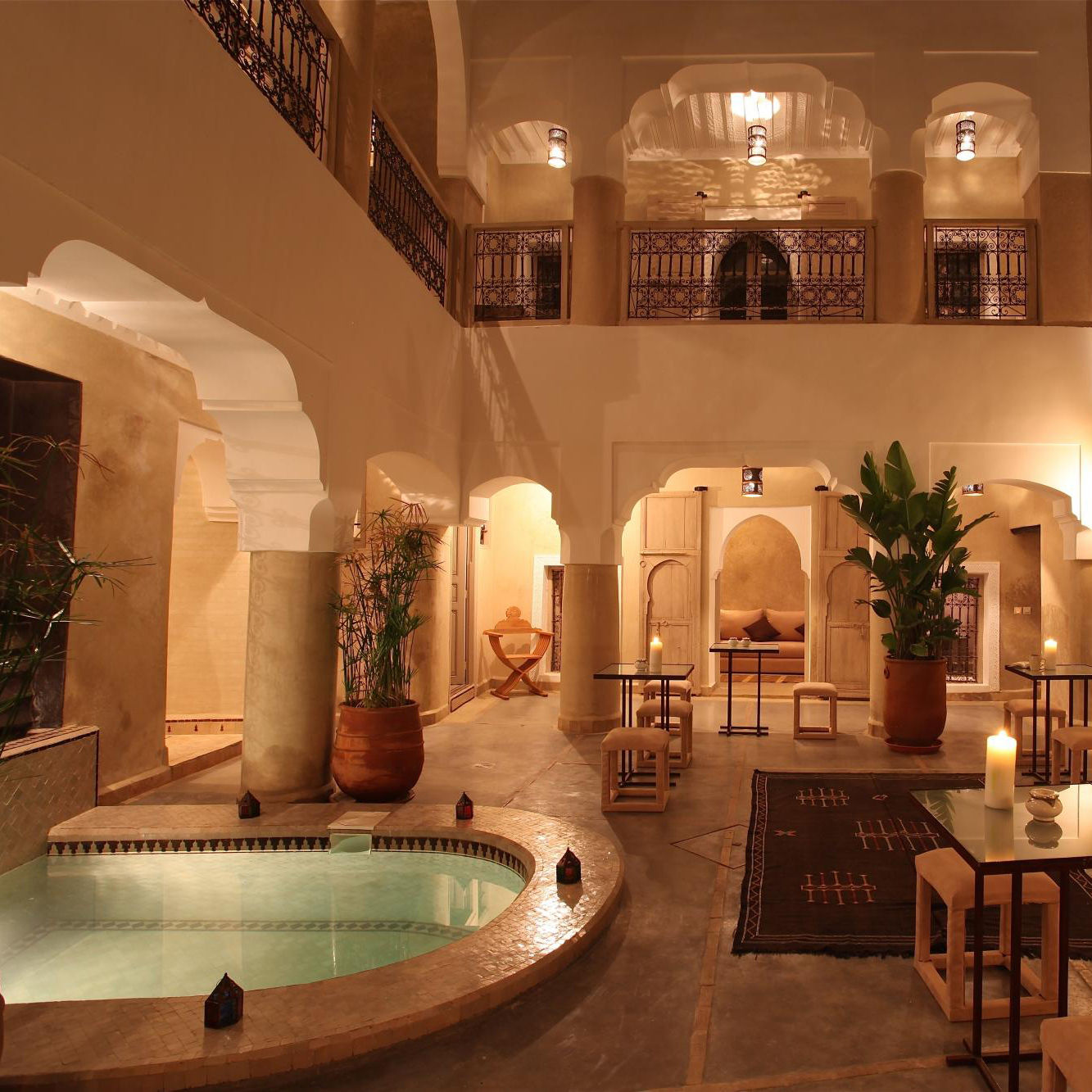 Maximalism isn’t for everyone and for that, there’s Maison MK — a hotel that takes the space of a 600-year-old property. The decor here eschews the traditionally Moroccan aesthetic of geometry and vivid colours but instead, houses small but cosy rooms bathed in warm light. Keep your eye out for the 4pm tea time service where homemade cakes are served with fresh mint tea — a quintessentially Moroccan experience. 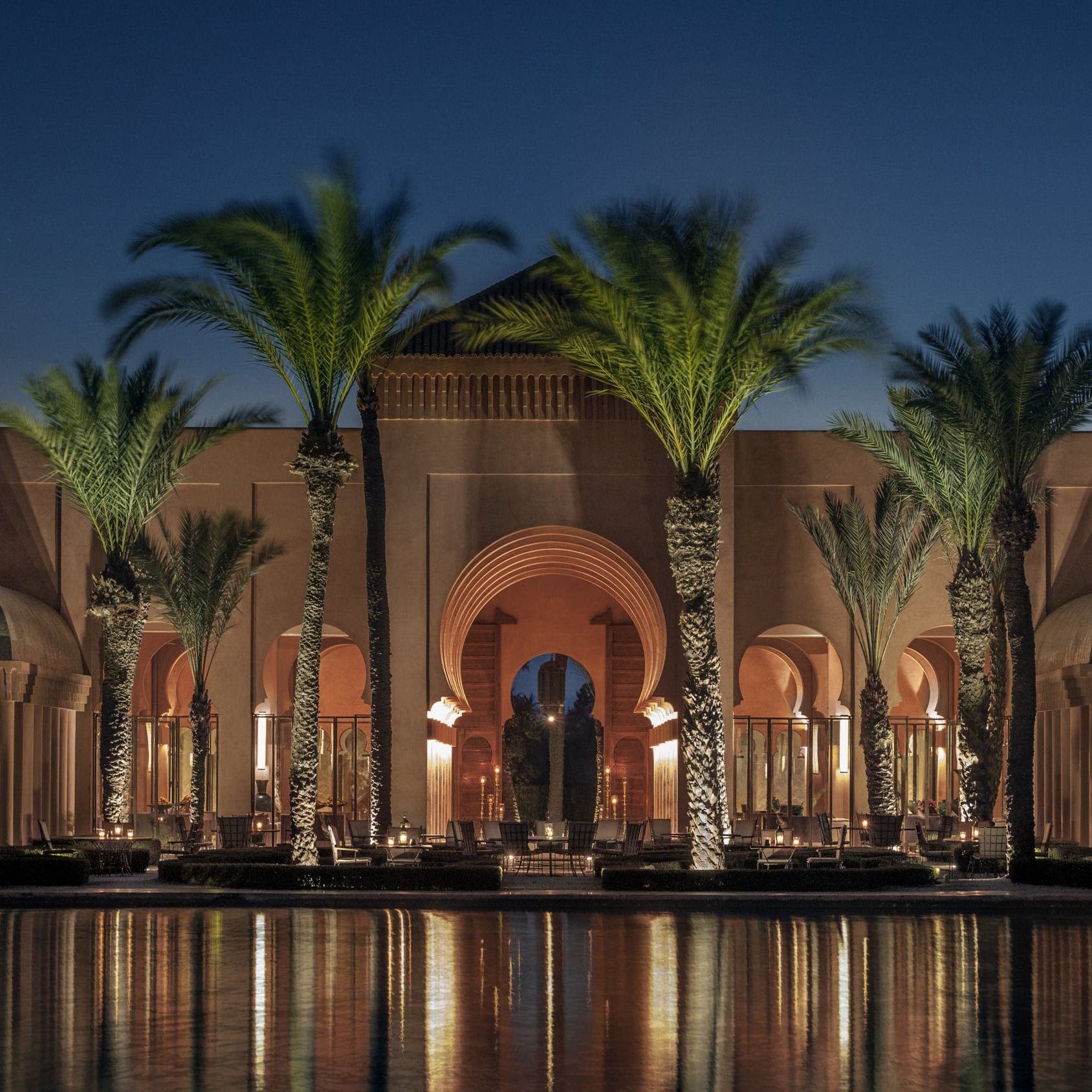 If there’s every a brand that manages to straddle the fine line of opulence with tranquility, it’s Aman and it’s also present in Morocco. Amanjena might be located 12 kilometres outside of Marrakech but it offers views of the Atlas mountains and tranquility that’s otherwise impossible to experience in the city. The vibe here is calm and zen, much like it’s other properties around the world — but if you get bored and yearn for a slice of city life, there’s a complimentary car service that will take you into the medina. 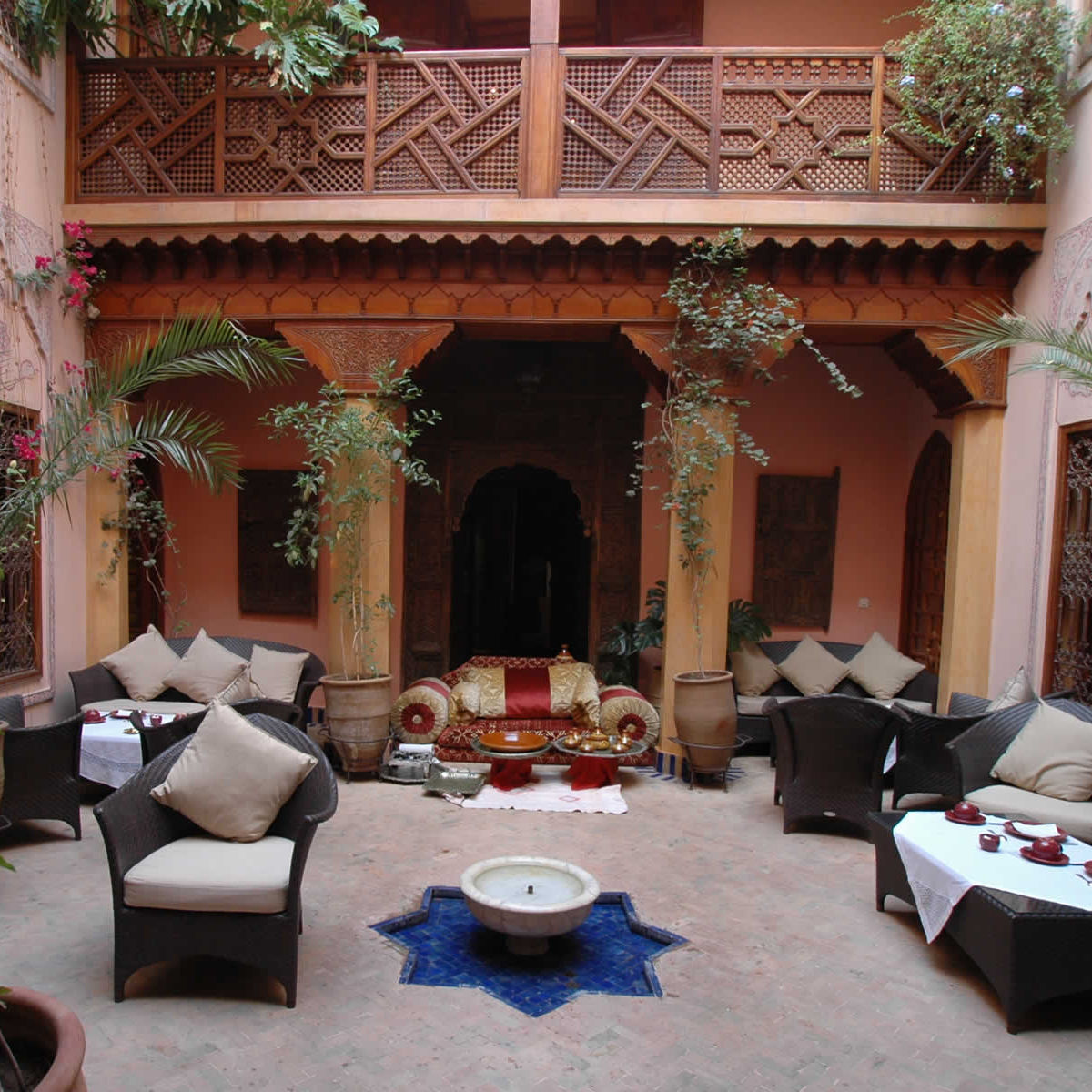 Gourmands might want to take special note of La Maison Arabe as this luxurious riad offers four hour cooking classes so you’ll head home with a better understanding of Moroccan cuisine. Decor-wise, expect a toss up of North African, Moroccan and Arabic influences where African art and Berber rugs share a space. It’s located in a neighbourhood named Bab Doukkala, which means that Medina and the souks are just a stone’s throw away.

ÖBB Nightjet To Santa Claus Express: 6 of the best sleeper trains in Europe