Travelling to Siem Reap almost feels like going back in time, especially when you’re surrounded by ancient stone buildings dated from the 9th to the 15th centuries. Siem Reap is home to many temples from the Khmer kingdom, with Angkor Wat and Bayon being the most prominent landmarks in the city.

Being a relatively small city, it’s fairly easy to get around Siem Reap without taking up too much time. When you’re not temple hopping, the city also offers a diverse range of activities and dining options catered from simple street snacks to elegant meals. In this dusty town with its rich culture and heritage, one might be surprised (or not) to find that there is in fact, a wide selection of luxury accommodations to choose from.

Luxury hotels in Siem Reap are regal and expanse, boasting a wide range of architecture and interior. You have the Belmond La Résidence d’Angkor, which looks like a Robinson Crusoe escape with an amplified luxe factor, and then there’s the sprawling Sarai Resort & Spa with its regal Moroccan vibes.

It doesn’t matter if your activities are inclined towards the adventurous or something a little more laid back — a beautiful place to stay in will always be relevant, and we have five luxury hotels in Siem Reap for you to consider. 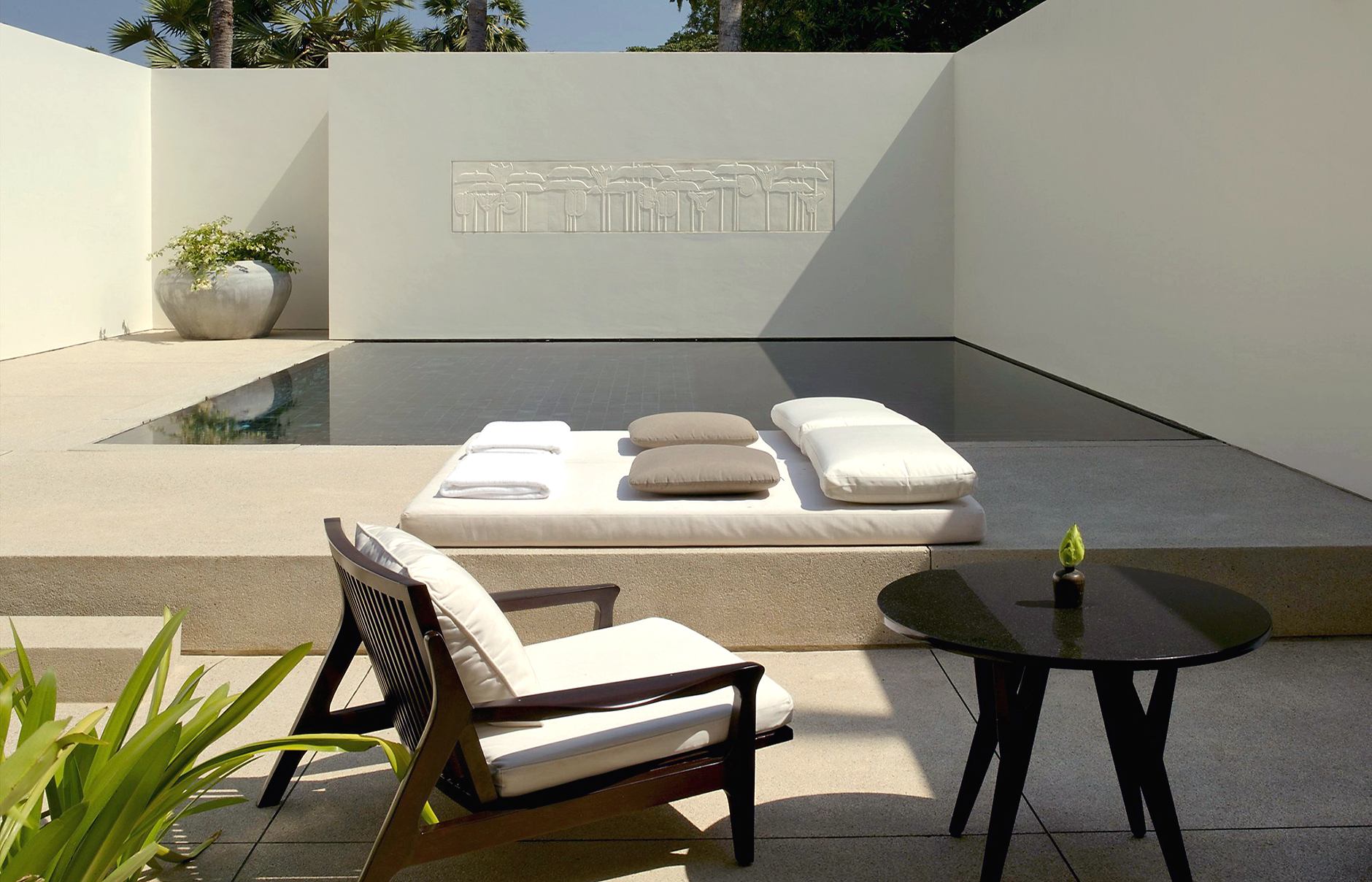 The building that is Amansara today has a long history behind it, having been built in 1962. It was originally intended to be lodgings for King Sihanouk’s personal guests. In 2003, Aman took over the property and refurbished it to be today’s modern and tranquil resort with 24 open-plan suites. The resort itself has a clean, minimalist design with a low level chalet in a style that feels more like a personal holiday home than a hotel. 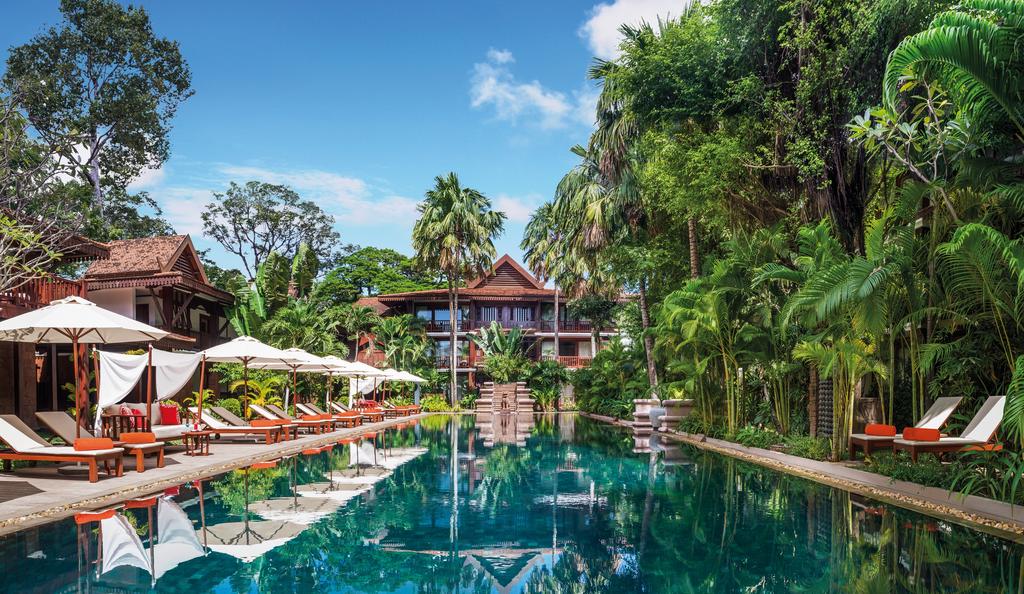 Stepping into the Belmond La Résidence d’Angkor feels like going into a leafy enclave thanks to its tall tropical trees and traditional Khmer-influenced architecture. Although it feels like it’s miles away from the city, the Belmond La Résidence d’Angkor is actually a mere 10-minute walk from shops and restaurants. The sizeable residence has suites that are fit for a king with its own outside space, if you ever need to catch a breath of tropical air.

If it’s something situated in the city that you prefer, then the J7 Hotel will be your cup of tea. J7 is one of the newer hotels in this list, having been established in 2016. Located beside the Royal Palace, one could be forgiven if they mistook this as part of the royal grounds, thanks to its sprawling lands. The hotel itself has adopted a modern, affluent design that oozes luxury. The pool area is particularly eye-catching, especially when seen from a bird’s eye view (pictured in the main image). Staying at the Park Hyatt Siem Reap means that you get the best of both worlds — a private sanctuary to rest, yet within walking distance to popular areas in the city. The rooms are furnished with Khmer-style art, and have either the city view or hotel courtyard view. All in all, the hotel has a contemporary luxe residential vibe that will make you feel right at home. 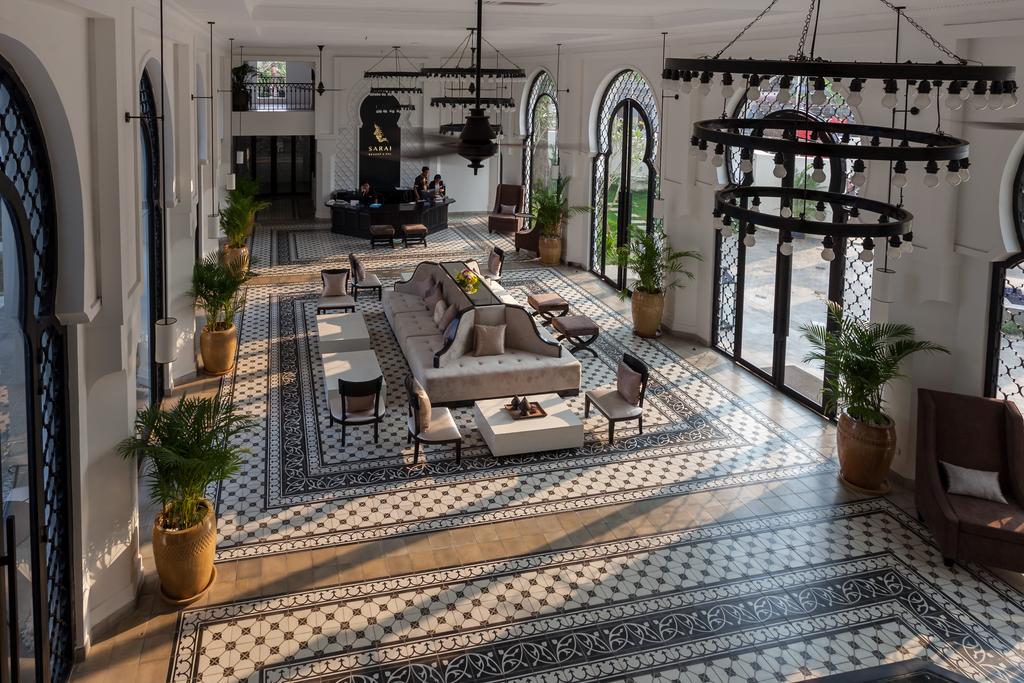 The Sarai Resort & Spa is a gorgeous boutique resort that will leave your Instagram followers envious. The boutique resort has a Moroccan architectural design, which gives you a completely different experience once you step inside from the city of Siem Reap. Take time to unwind at the spa — it has eight treatment rooms including rooms for couples, as well as an outdoor treatment area.