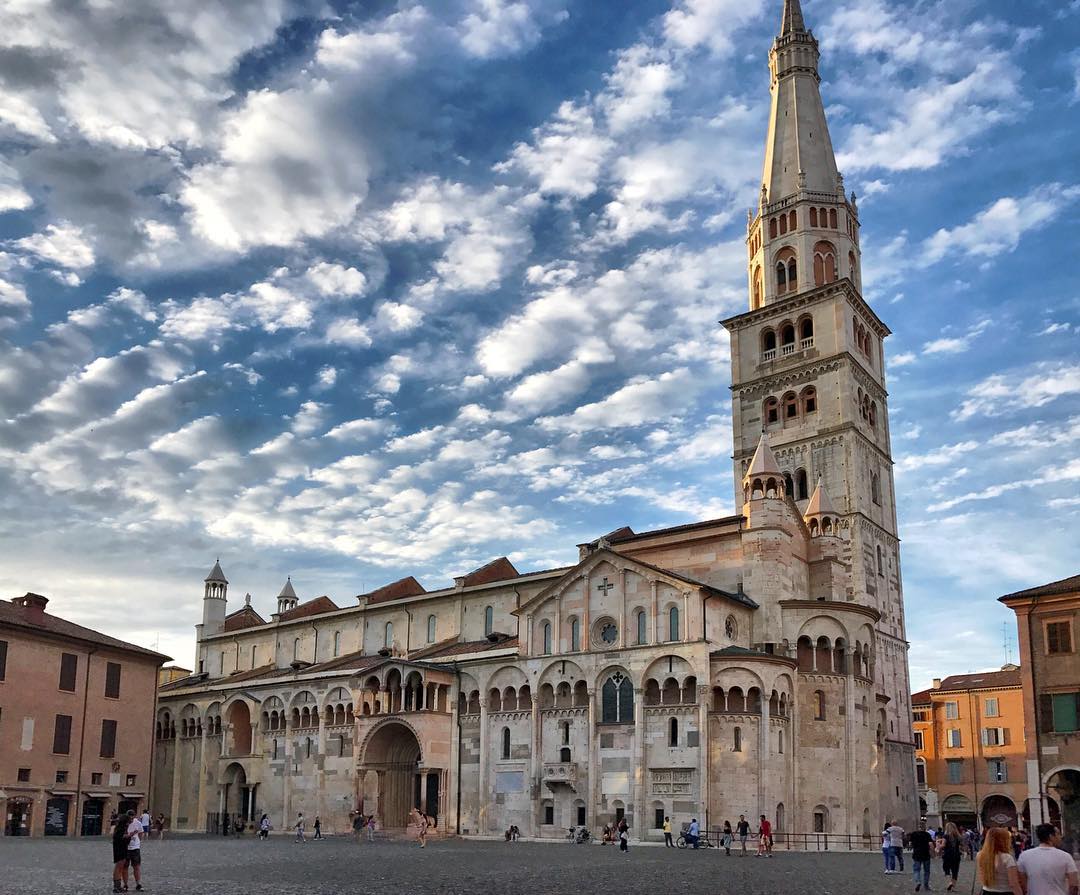 Travel
This is why Modena, Italy should be your next European destination
Share this article
Next article

When one thinks of Modena, Italy, you think of some of the fastest cars in the world. However, there is more than meets the eye with this Italian city.

Modena is a city that has deep roots in the history and culture of Italy. It is so rich, vibrant, and charming in so many different ways. Of course, many would know of Modena as the home of the likes of Ferrari, Lamborghini, Maserati, and Pagani just to name a few. What if we told you that Modena is also a city that prides itself on its traditional Italian cuisine? Or that it’s also a UNESCO World Heritage Site since 2007?

Doesn’t that just make you want to travel right now?

While borders still remain closed, we can stay fairly optimistic that international flights will be back soon. What happens from now until then though, is anyone’s guess. But instead of dwelling on what’s currently happening, let us whisk you away on a journey through the city of Modena.

What to see and do

Much like many other Italian cities, Modena has its own fair share of popular cathedrals, museums, and landmarks. One such place includes the Piazza Grande, the city’s main square. This is where you will find historical monuments like the Duomo, also known as the Modena Cathedral. It is the perfect example of a Romanesque church, dating back to the 12th century. Next to it, you’ll find the Gothic bell tower, or Torre della Ghirlandina, which towers over the city.

Other attractions include the Palazzo dei Musei, which is split into several different sub-museums, ranging from an art library to a history museum. It features a wonderful collection of fine art, historical artefacts, sculptures, and much more.

Modena is also home to many famous museums that pay homage to its people. This includes the Luciano Pavarotti Museum, located about 20 minutes out of central Modena. The museum is located on the estate the critically-acclaimed tenor lived, which also has an equestrian centre.

If you prefer something closer to town, there’s also the Enzo Ferrari Museum, home to the late legendary supercar maker. The museum is split between the original home and its exhibit hall, which features a bevvy of Ferrari’s sports cars that ranges from various decades. However, the former gives us an inside look at the life of Ferrari himself through a range of exhibitions depicting his life’s work.

More Italian destinations…
Travel
Lake Como Travel Guide: Why you need to visit this Italian island retreat
Travel
The best resorts in Puglia, Italy to feel the sea breeze in your hair

If you’re a fan of Netflix Originals like Master of None, Somebody Feed Phil, and Chef’s Table, you would know that Modena is known for its food. While all three are told in different genres, it digs deep into the traditions Modena has with its food. Its cuisine often includes salamis, meats, and hams as well as tortellini and tortelloni for when it comes to pasta.

That isn’t all though; Modena is also well-known for producing balsamic vinegar as well as Parmigiano-Reggiano cheese with the latter being considered the “King of Cheeses”. It’s also worth noting that all this can be found at Mercado Albinelli, the marketplace that has been around since the second half of the 19th century.

But for a true once-in-a-lifetime experience in Modena, there’s no better place than Osteria Francescana. The three-star Michelin Guide restaurant is also a two-time winner of ‘The World’s 50 Best Restaurants’ award in 2016 and 2018. Be prepared to book many months in advance while forking out a premium. That is to be expected if you are to be dining at Massimo Bottura‘s place.

If you can’t get a place there, you can always opt for its sister outlet, Franceschetta58. Another outlet of Bottura, it’s a lot more accessible and affordable as opposed to his other restaurant. Hosteria Giusti is also another popular eatery and delicatessen that you may have heard or seen of before. Located at the back of the deli, this tiny and intimate four-seater restaurant is only open at noon for lunch.

What’s great about the choice of accommodation in Modena is that many still retain its medieval-esque Italian look that dates back many years ago. One such hotel is the PHI Hotel Canalgrande, which has six different rooms altogether that is great for both leisure and business trips. Right at the heart of the Modena Cathedral, the hotel is ideally located for everything you would want to see.

For an extra touch of elegance, check out Hotel Rua Frati 48 in San Francesco. This five-star hotel is in a central location of Modena, giving you quick and easy access to the many landmarks around. The hotel itself is small but features great touches of modern elegance alongside traditional elements.

Travel Travel Guide Italy Modena
You might also like ...
Travel
8 artsy neighbourhoods in Italy to visit
Travel
Sardinia Travel Guide: What to do in this overlooked Italian island
Travel
These are the finest luxury hotels in the Mediterranean island of Sicily
Travel
Where to find the best cocktails in the canal city of Venice
Wi-Liam Teh
Senior Writer
Wi-Liam is a geek at heart with a penchant for tattoos. Never without a drink in hand (preferably whisky, gin, or Guinness), he is also a writer by day and a keyboard warrior by night. On his day off, he masquerades as a streetwear and sneakerhead enthusiast while his bank account says otherwise.
Tech Cars Watches Entertainment Food Drinks