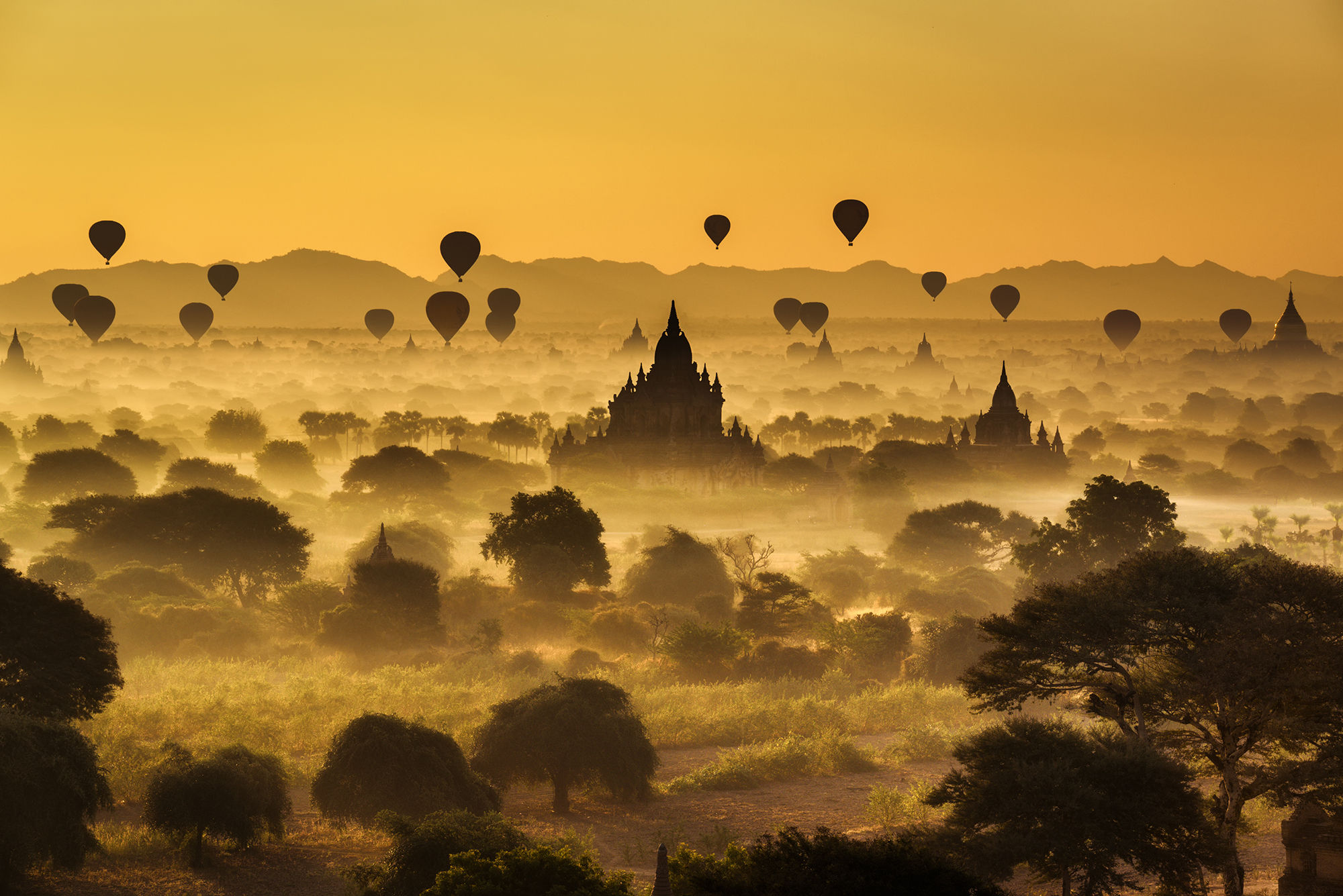 Why Myanmar is Asia’s hidden gem for luxury travel

Myanmar — or Burma as it was once known — has long been recognised as one of the most beautiful and resource rich countries in the world. It also borders India, Bangladesh, Thailand, Loas and China, putting it right in the middle of the Silk Road trading routes.

Since the conflicts of the early civilisations to British and Japanese occupations, Myanmar has been prized for its teak, gold, jade, gems, precious metals and vast areas of untapped oil reserves.

After the Second World War, an independent Myanmar emerged but its victorious leader General Aung San was assassinated by political rivals and thus the country unfortunately fell into disrepair. Secessionist tribes began to arm themselves and civil wars raged on whilst the fragile Union came under the rule of military dictatorships and a socialist regime.

Myanmar retreated from the developing world around them until democratisation began to take root with a long fight for freedom led by Aung San Suu Kyi, General Aung San’s daughter. ‘The Lady’ as she is known, returned to her country from exile to liberate her people from oppression. She became a political prisoner and a symbol of hope for the Burmese, who longed for freedom and economic empowerment — and she succeeded.

In the past decade, the country has seen an incredible boom in economic development. Foreign investment and corporations have been pouring in to do business in South East Asia‘s newly opened frontier market. Tourism has by no means been immune to this, as the world explores these ancient and untouched lands. From bars, beaches and cruises, here are some reasons why you should pencil in Myanmar for your next luxury holiday. 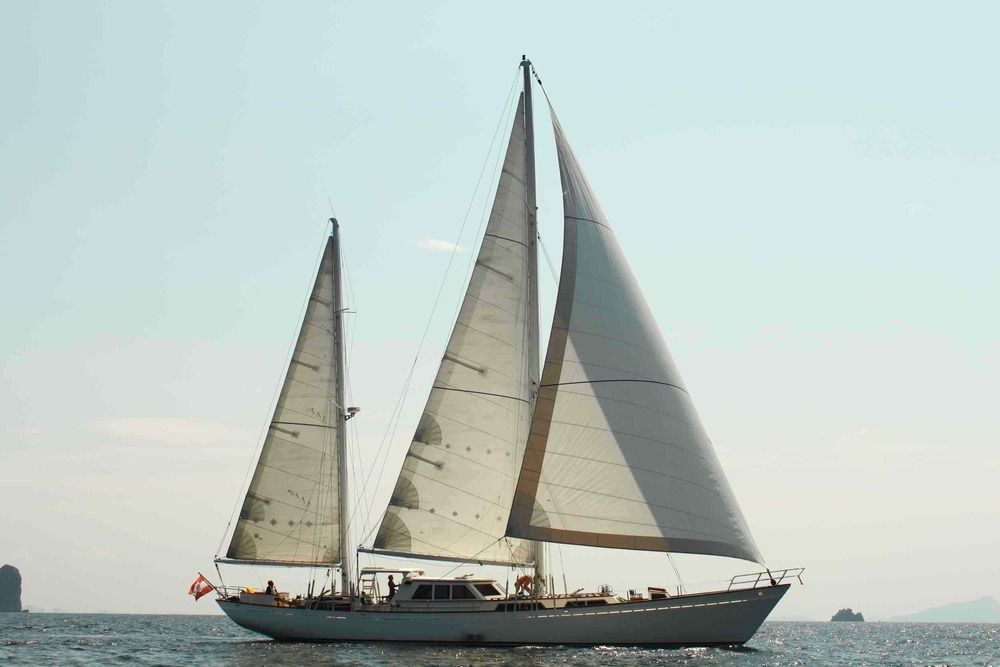 The Mergui Archipelago stretches to the south of the country and therein lies over 800 islands within the Andaman sea. With Myanmar having been cut off from the world for so long, tourism hasn’t destroyed any of the country’s beautiful islands unlike their Thai neighbors. This means there are many unblemished spots to explore and companies like Burma Boating offer an array of high end luxury yachts that can be chartered. You can do the sailing yourself or you can let them do it for you. Trips can range from 5 days to 5 weeks, all at your own pace. You can chill on empty beaches, drink at hand or go race the dolphins. It’s your choice.

Bagan is an ancient city and the capital of the old Pagan Kingdom from the 9th – 13th Centuries.  During the kingdom’s height between the 11th and 13th centuries, over 10,000 Buddhist temples, pagodas and monasteries were constructed in the Bagan plains alone, of which the remains of over 2,000 temples and pagodas still survive to the present day. Balloons over Bagan is a once in a lifetime experience. The travel tour takes you in a hot air balloon high above the ancient temples and watch in wonderment as the sunrise lights up this ancient land before you. 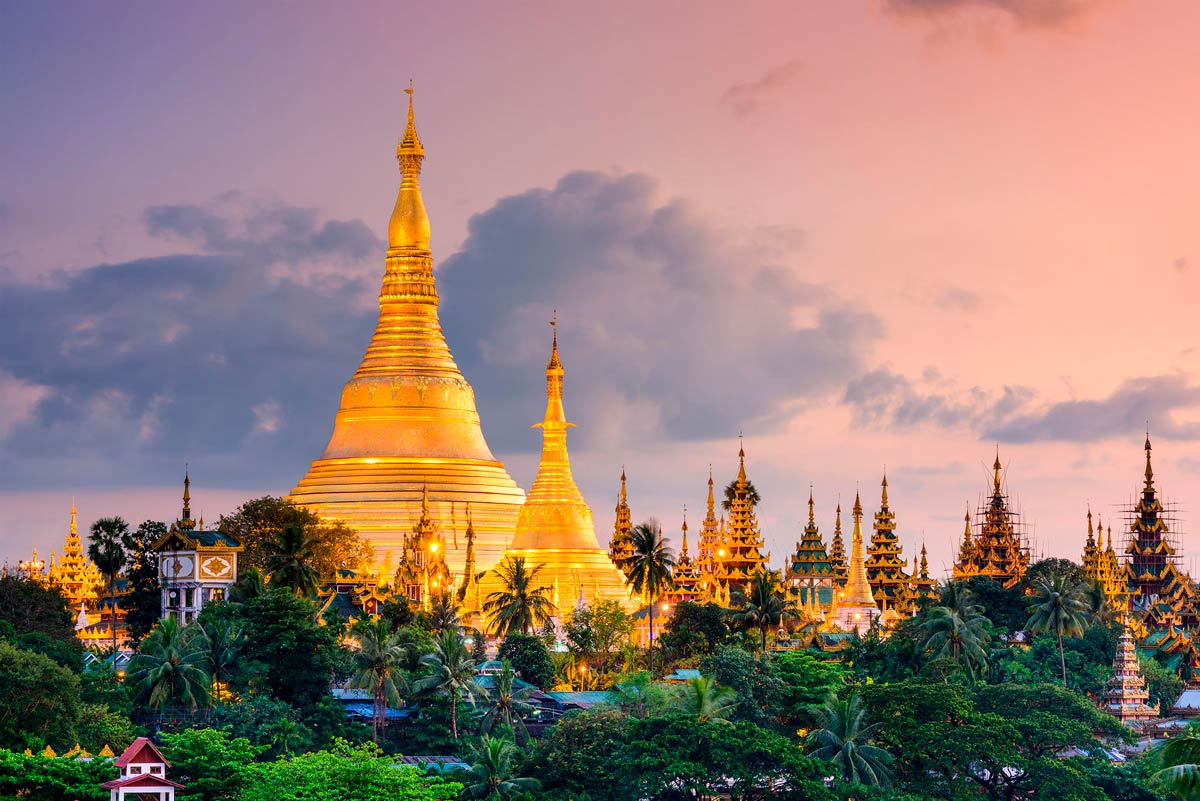 Yangon — formerly known as Rangoon — is the largest commercial city in the country. No where has the development of the country been more abundant than here. Before the war, Rangoon was known as ‘the Garden City of the East’ and indeed it was one of the world’s most developed (on par with London.) Now Yangon is seeking to claim its reputation back with a very strict heritage trust that is protecting much of its colonial beauty. Along with housing the largest pagoda in the world, Yangon has an incredible amount to offer in the nightlife, shopping and  dining scene. Similarly, the city has some of the oldest and grandest hotels. The Strand, for example, used to be a military barracks for the British cavalry. Now restored and refurbished by the Raffles Group it offers some of the most luxurious accommodation in the region. 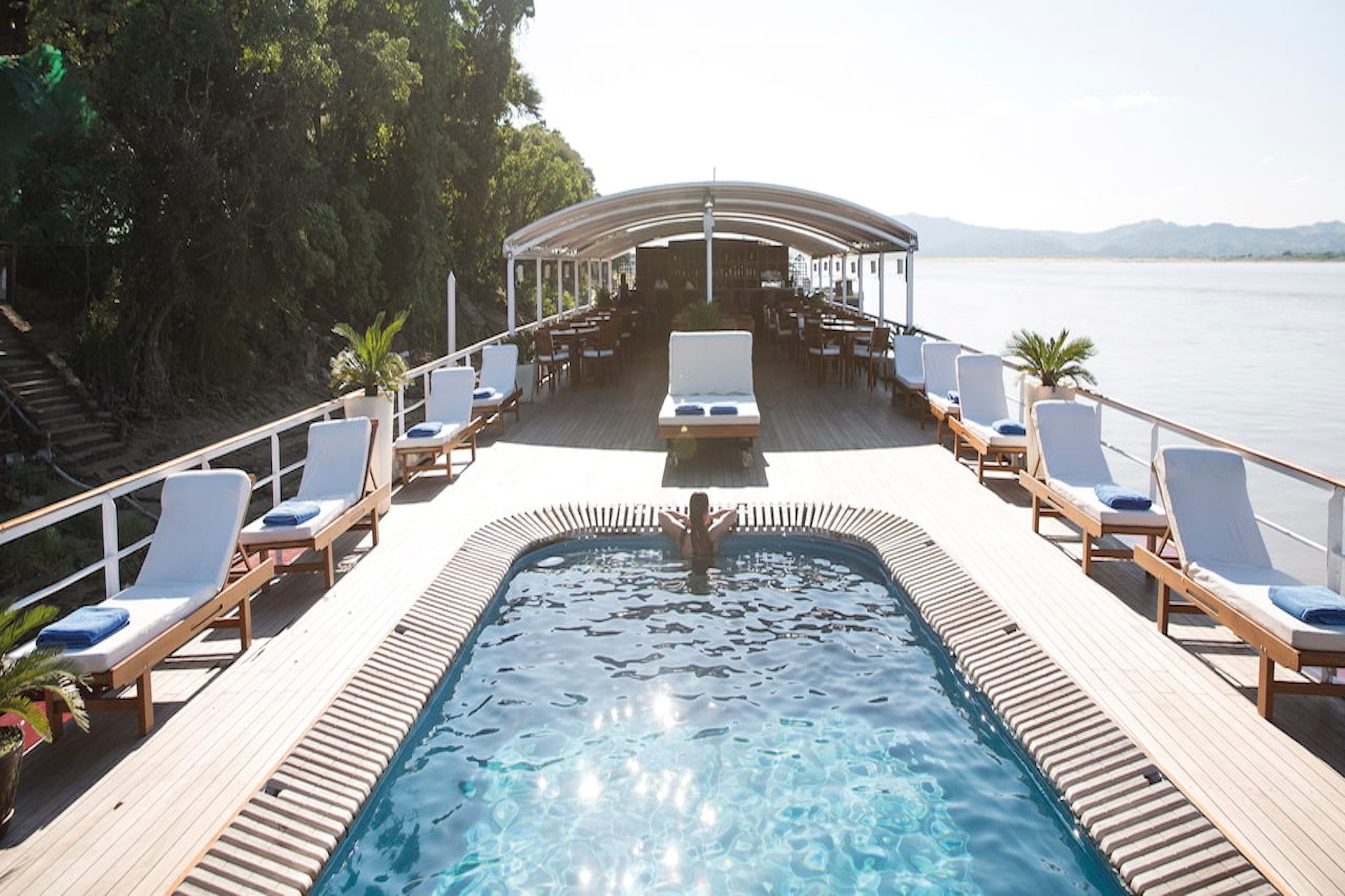 Travel in style and complete luxury on Belmond’s famed river cruise which takes you from Bagan to Mandalay. Besides the breathtaking views and outdoor adventures at the stops, whilst on board you will be treated to local and Pan-Asian cuisines, elegant cocktail parties and  daily yoga and tai chi classes. Enjoy unrestricted access to the fitness area or nourishing treatments at the spa or lay out on the deck with a book and a glass of wine. Pure bliss on the Ayeyerwady river. 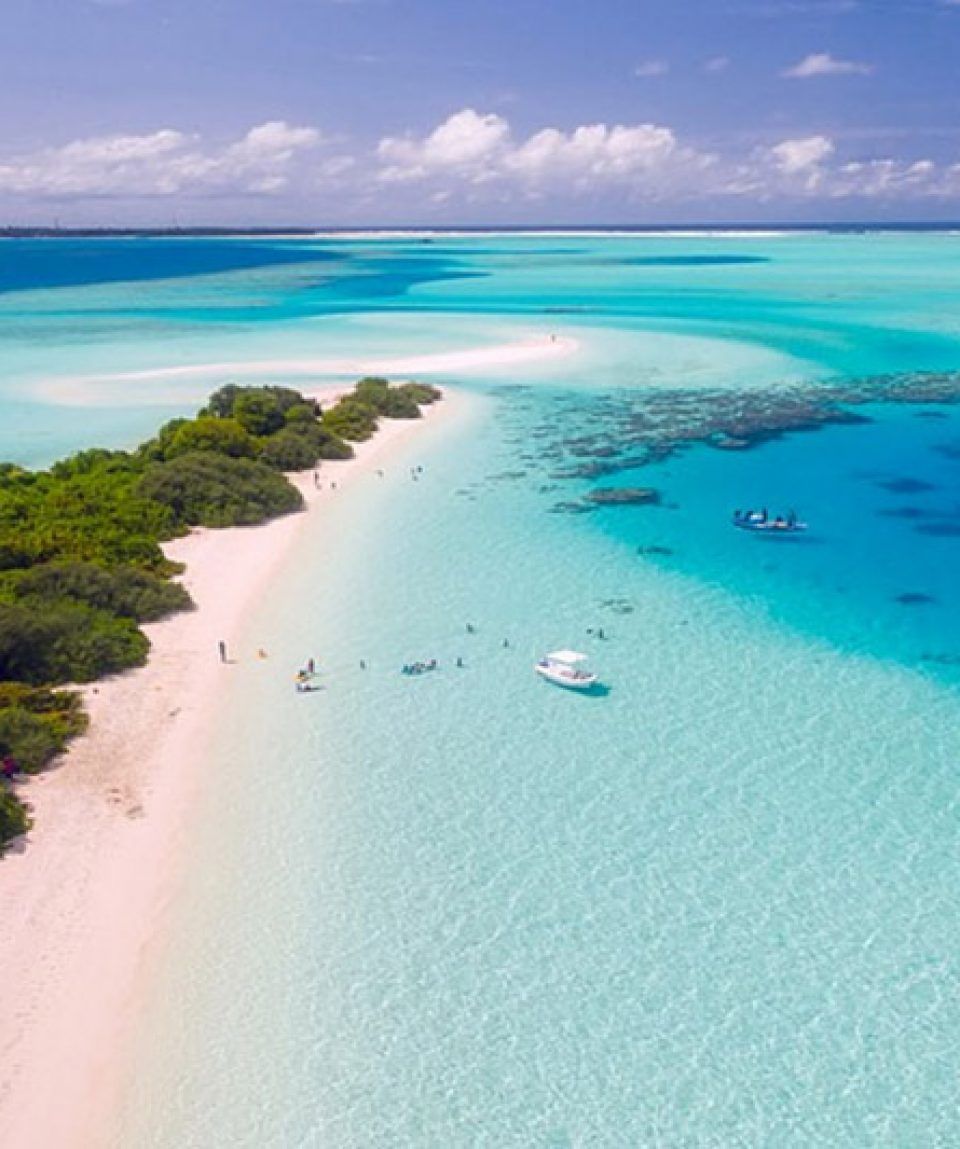 The pristine white sands and clear waters of Ngapali has rubber stamped this town in the Bay of Bengal as the premier beach destination in the country. Along the coast are some breathtaking resorts including the Hilton Ngapali Resort and Spa. Ground floor Ocean View Villas come with a private pool and the large sundeck with a gazebo. Only 15 minutes drive from the airport, Ngapali is the perfect escape from the busy cities of the newly developing Myanmar. 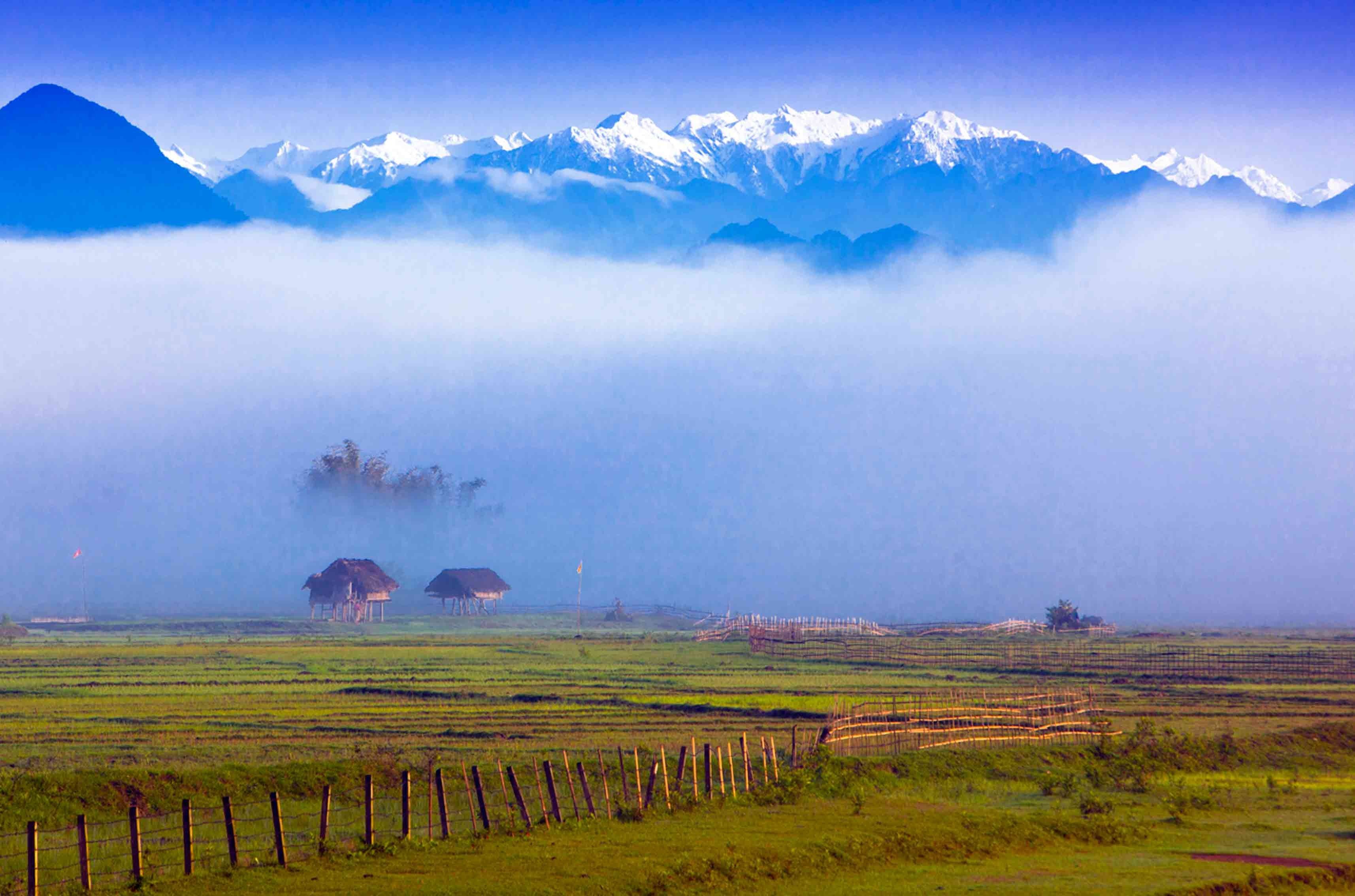 Myanmar also has the benefit of being at the foothills of the Himalayan mountain range. Any outdoor enthusiast would immediately fall in love with this region from its mountain treks to white water rafting. Putao, the largest and northern most town in the area is also bursting with biodiversity with rare species of birds and the famous ‘Black Orchid’ only found in this small part of the world. Putao also has the benefit of having a 5* luxury hotel, designed by world famous architect Jean Michel Gathy of Aman Resorts. Malikha Lodge offers guests large private bungalows, complete with traditional teak bathtubs and handcrafted fireplaces. Whether hiking, elephant riding or relaxing at the spa is your thing, you can do it all here against the heavenly backdrop of towering snow-capped mountains.