After Milan Design Week 2018, the Fondazione Prada has never been the same again. Years since its first construction in 2008, the last puzzle of the Prada Foundation is finally complete with the opening of Ristorante Torre located on the sixth floor of the contemporary art complex designed by Dutch architecture firm OMA.

Situated in the heart of Largo Isarco in the southern part of Milan, the nine-floor contemporary art building opens its doors officially on April 2018 as Milan’s latest landmark. What was once a gin distillery has turned into a magical architectural surprise in the form of an eclectic artsy hub comprising several building complexes, a glimmering structure clad in 24-carat gold leaf and a 60-meter-tall white concrete tower.

Designed by Dutch architect Rem Koolhaas of OMA (Pritzker prize winner in 2000 and the man behind the CCTV HQ in Beijing) alongside the studio’s lead designers Chris van Duijn and Federico Pompignoli, the tower rounds out a compound that already includes a pastry shop, an exhibition space and an open-air cinema. The new space will host contemporary artworks by various 20th and 21st-century artists from Prada’s collection including Jeff Koons and Damien Hirst.

The legendary Koolhaas describes the curated space as a ‘collage of themes and pre-existing elements combining works of art and design furniture’. It is important to note that Koolhaas has been working with Prada in many notable collaborations and fashion shows including the recently completed bag design for the brand’s Autumn/Winter 2018 menswear collection.

The design of Torre is in keeping with the unconventional feel of the former distillery. Half the floors are rectangular and the other half trapezoid. Ceiling height increases from bottom to top, creating duality both spatially and aesthetically. “By introducing so many spatial variables, the complexity of the architecture promotes an unstable and open building program,” explains Koolhaas.

Precious pieces from Fondazione Prada’s legendary art collection line the walls alongside designer dinner plates created exclusively for the restaurant. Another notable feature is the furnishing from Phillip Johnson’s iconic Four Seasons Restaurant in New York – cantilevered Brno Chairs and custom banquettes from the 1959 restaurant, which was auctioned off in 2016.

Spearheading the kitchen is a man no stranger to the dining scene – Michelin-star chef, Fabio Cucchelli. He has sourced recipes from selected Italian regions, and of course, no Cucchelli menu comes without a surprise. For the next year, Torre Restaurant will feature a cast of under-30 chefs from Italy and abroad, who under the watchful eye of Chef Cucchelli, will take up two-week posts in the kitchen – curating a unique menu with a youthful twist. 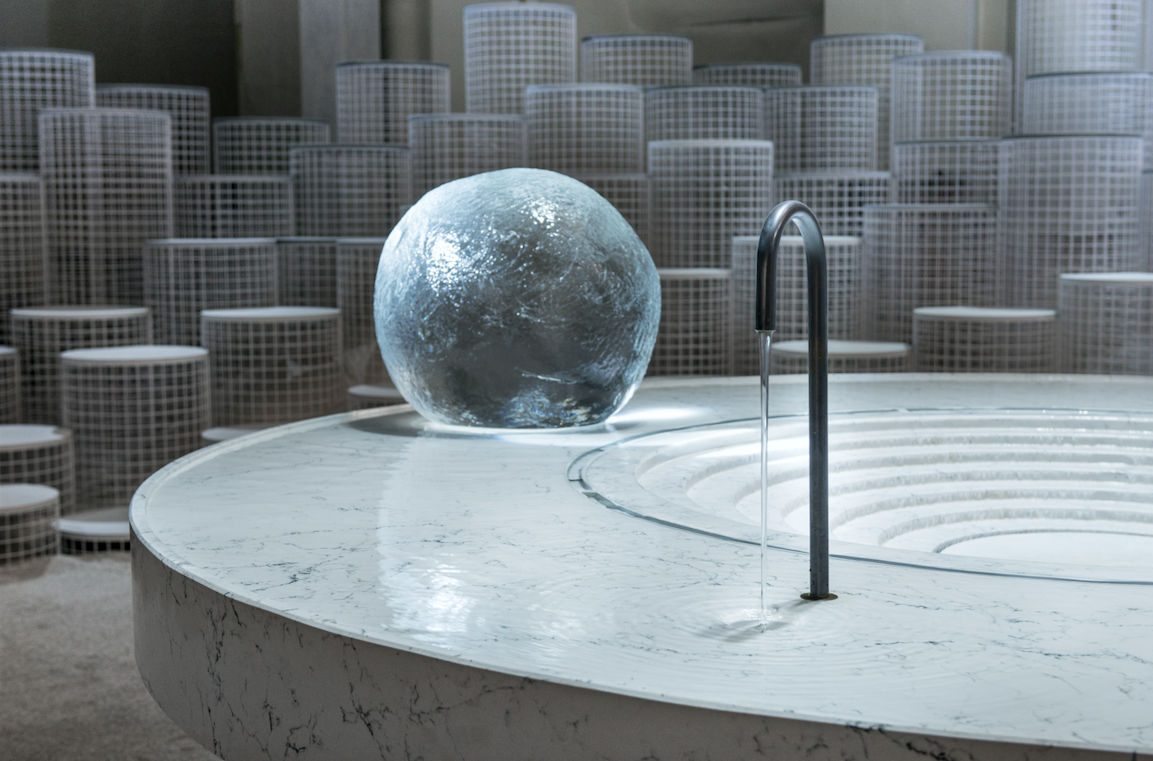 The Prada Foundation has grown into a critical contemporary art destination in Milan, and the finishing touch of the Torre solidifies its prominence as a cultural hub within the city.

If you are looking for an art and cultural hub to explore, hunt down all seven buildings recovered by Prada next time you’re in Milan including the one housing the Torre Restaurant. Don’t miss out on Bar Luce, one of the many highlights inside Fondazione Prada that encompasses a typical 1950s Milanese café designed by Wes Anderson; also doubles as an art exhibition itself.