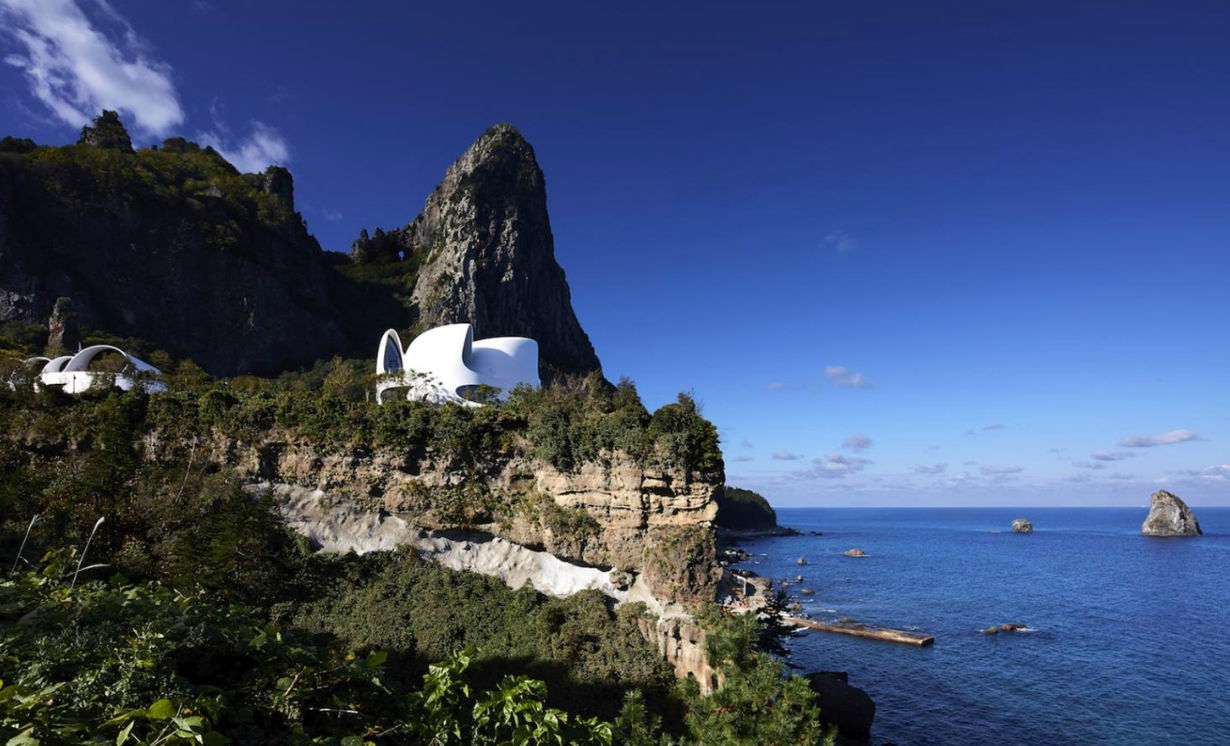 Rejuvenate in celestial energy at the South Korean island of Ulleungdo

Many consumed by wanderlust would already have visited popular South Korean cities like Seoul and Incheon, as well as the alluring Jeju Island. Among many of the country’s hidden secrets, there is another sanctuary tucked within the volcanic islands, east of mainland South Korea.

Less known as a mainstream tourist destination is the island of Ulleungdo. Home to the undulating Seonginbong Mountains, this enchanting island is a hidden paradise unknown to many until two years ago. From Seoul, it takes 3 hours on the road followed by another 3-hour ferry ride to get there. The 6-hour ordeal may not be everyone’s kind of ‘escapade’ but visiting the island and many of its scenic attractions are worth all the effort.

What can you do in Ulleungdo? Hike up to Bongnae Waterfall to enjoy fresh water from the streams or experience a bird’s eye view of nature from the many observatories including the highly recommended Hyangmok Observatory and Taeha Lighthouse. Those who like adventure can even book themselves a skiing trip here or take a slow walk to the traditional village at Nari Basin.

Just two months ago, Ulleungdo has added a new attraction — an architectural phenomenon that has caught the attention of many travel aficionados across the globe.

Harnessing the celestial energy of the untouched natural territories – a far cry from the modern city and laden with superstitious beliefs – the Healing Stay Kosmos offers the ultimate balance of yin and yang. It’s snow-like structure swirls like powerful chi energy fields that the locals believe exist in the island.

Eyes in the sky
While it may look like it came straight out of a sci-fi movie, the pure white concrete building (and its curvaceous forms) blends with the jagged volcanic mountains. Perched atop a large underwater stratovolcano in the sea, Healing Stay Kosmos is actually a luxury resort that invites guests to relax into a utopian retreat embraced by the potent ‘chi’ energy of the otherworldly land and sea.

Travel
6 travel-inspired movies that will fuel your wanderlust

The resort is built on the cliff edge of Songgot-bong (a rock formation that is a show on its own) that plummets dramatically 30 metres down to the sea. Inspired by the folklore belief of the ‘celestial energy’ that lives in the island and conceived as a ‘container of energy’, the resort is also designed as an observatory of the cosmos – hence its name.

If you’re already thinking of visiting this place, the resort is available for rent only as a whole. It comes with four high-ceiling rooms and large communal spaces. The interiors heavily represent the ‘five elements’ of harmony – wood, earth, water, fire and metal.

At the centre of the property, find an exterior courtyard where you can witness an uninterrupted vista of natural phenomena like the sunrise, the sunset and the magnificent Elephant Rock – a natural rock formation in the middle of the sea that depicts an elephant with its trunk immersed in water.

Healing Stay Kosmos also includes two saunas representing the moon and the sun, and an outdoor infinity Jacuzzi in its repertoire. Here’s the thrill: the water is actually sourced from melted snow from nearby volcanic basins.

Of land and sea
Ulleungdo is popular for its fishing industry. Famous for its squid harvest, the island is perfumed with the scent of the dried cuttlefish each time ‘drying’ season comes along in summer. Enjoy the freshest squids cooked in various methods and dishes.

The island is also famous for Ulleungdo pumpkins. Try their pumpkin candy and pumpkin Makgeolli (a Korean alcoholic drink) – both delicacies found only in Ulleungdo.

Taking advantage of its natural surroundings, chef Sunjin Hwang (previously from El Bulli in Spain and Noma in Copenhagen) has curated a special menu for Healing Stay Kosmos to highlight the beauty of the island’s produce. He combines local ingredients such as cuttlefish, shrimp and beef into his contemporary cooking; pairing steamed Dokdo Island shrimp with an oyster emulsion and 40-hour sous-vide short-rib in red wine.

There is a lot to do and eat in Ulleungdo. It is recommended that you spend at least a week at the island to explore everything it has to offer at a slow pace.

With most of the island’s must-visit spots in close proximity, Healing Stay Kosmos has since become a great starting point for exploring Ulleungdo. However, once ensconced in the resort’s heavenly comfort and invigorating tranquility, it may be hard for you to even venture outside. We’ll leave that to you.

Travel Wanderlust South Korea Travel in Asia Luxury travel in Asia Ulleungdo Island Healing Stay Kosmos Resort
Martin Teo
Editor
Martin has a bent for history and food culture, especially of the Peranakan heritage. Since the pandemic, he finds joy in plant parenting and continues to expand his collection of Philodendrons, Anthuriums, and Syngoniums. He's now on a lookout for the elusive Philodendron Florida Beauty to add to his urban garden.
Dining Living Style
Sign up for our newsletters to have the latest stories delivered straight to your inbox every week.