Home > Travel > Destinations > Review: The Qantas Business Class is a cosy lounge 35,000 feet in the air 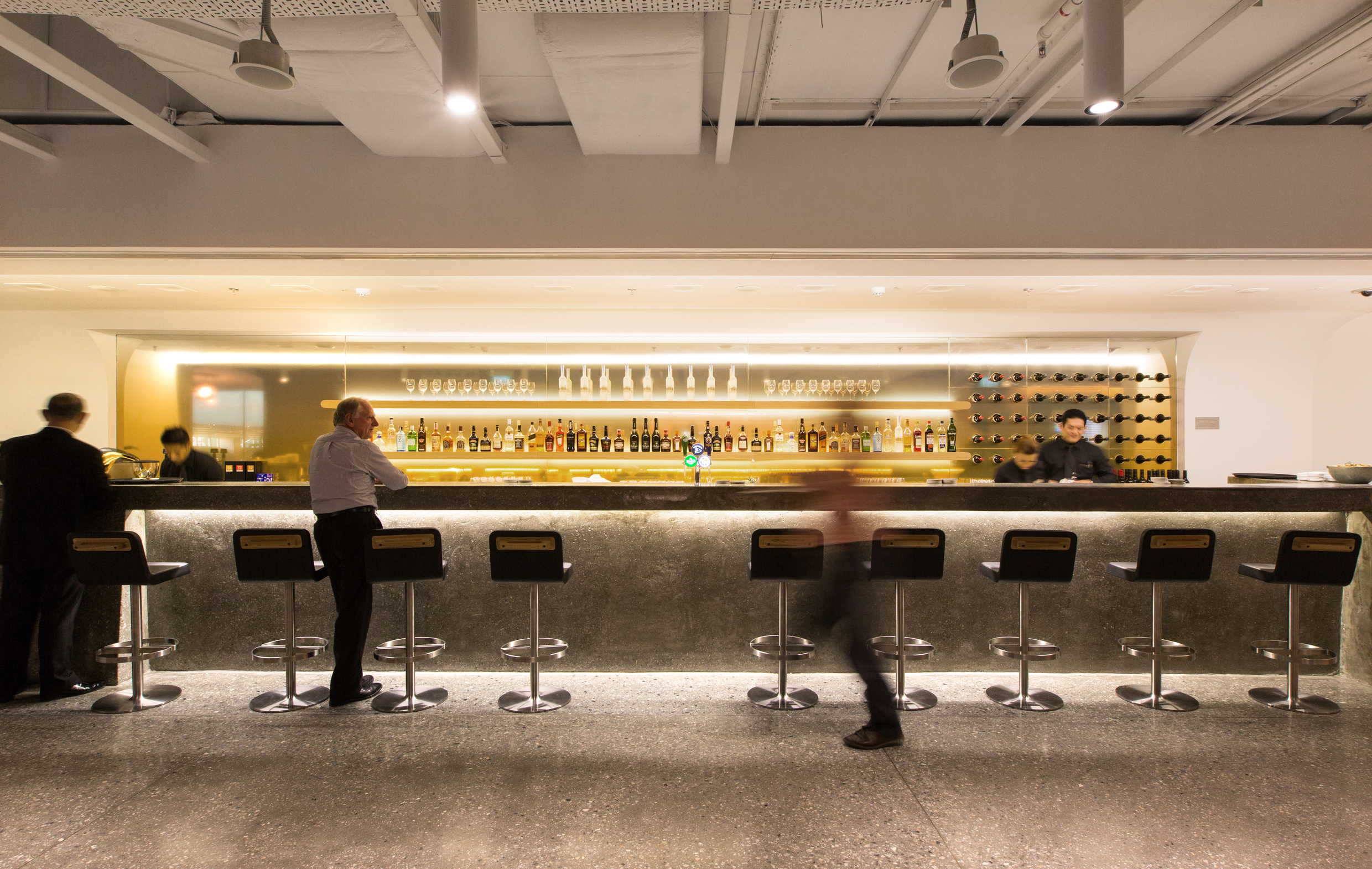 Review: The Qantas Business Class is a cosy lounge 35,000 feet in the air

Travel
Review: The Qantas Business Class is a cosy lounge 35,000 feet in the air
Share this article
Next article

Flying is a drag, but being in business class makes it that much better. Yet business class is more than just the in-flight experience — it begins when you arrive at the airport up until you land. From the moment you get to access the business class queue to drop off your baggage, to relaxing at the lounges, and onwards to the five-star treatment in the flight. We got to experience the Qantas Business Class recently on our flight from Singapore to Sydney and also managed a few hours in the Qantas Business Lounge during our layovers. Read on for our full review of the experience.

Having been in both the Singapore Changi Airport and Sydney Airport Qantas lounges, we notice that they have been designed to look exactly the same, making that sense of familiarity comfortable and universal across countries. The lounge is large and covers several kinds of seating areas, depending on the travel party you’re with. There are lounge seats for couples, bar seats, and single seats for solo travellers — all well equipped with a power socket to juice up on your electronics. Want somewhere proper to sit down and have a meal before your flight? There are also dining area seats available, catered to both groups, couples, and solo travellers.

Although designed to look the same, the dining offerings in the lounges differ across countries. In the Singapore lounge, alongside the buffet spread, there are also options for local dishes that are made-to-order. We had a piping hot bowl of Singapore Laksa alongside a glass of sparkling wine — an interesting pairing but works nonetheless. Beverages are all-you-can-drink: alcoholic, non-alcoholic, juices, coffee, and tea.

While food and beverage are free-flow, we recommend that you take it easy — after all, there’s more to explore on the flight and you don’t want to miss the call to your boarding gate. It’s worth noting that the Singapore Qantas lounge does not make flight announcements, so keep your flight time in mind.

Qantas introduced a new Business Suite design in December 2014, which aims to maximise comfort, productivity, and practicality. Designed by Marc Newson, the sleek new interior has been upgraded with extra storage and functional workspace. If you’re on a daytime flight and want to maximise productivity, the new design of the meal tray and the console means you can continue working on your laptop whilst having your meals.

Don’t want to work? It’s okay, we won’t tell. After all, we too spent most of our time making use of the larger, 16-inch in-flight entertainment screen watching Oscar-winning movies such as Ladybird and The Shape of Water.

The seats are in a 1-2-1 configuration, hence everyone in Business Class had direct access to the aisle. This configuration also meant that our seats could be in recline position during take-off and landing and not be in the way for other passengers.

As it was a red-eye flight towards Sydney, eventually we had to clock in some sleep. On the Qantas Business Flight, this was made a lot easier. We were offered a change of pyjamas for added comfort and given a larger pillow size. A mattress had also been placed on our seat, which we could recline to a fully-flat position. A quick tap on the Do Not Disturb button and we were off to dreamland.

Some say the best part of Business Class is the extra space and privacy. While we agree, we also think that the dining options are some of the best parts. In the Qantas Business Class, it was no exception. Before take-off, we sipped on a glass of champagne and perused the restaurant-style menu. It was designed by chef Neil Perry, also a notable Australian food personality. There were starters, mains, and desserts to pick from — we definitely didn’t go hungry.

We didn’t go thirsty either. The drinks selection was extensive, boasting a variety of coffee done in any way you like, teas, hot chocolate, juices, local Australian wines, cocktails, and other alcoholic spirits. We’d like to say we tried the entire menu, but an eight-hour flight was unfortunately not enough.

While flying can sometimes be stressful, doing it with Qantas’ business class took nearly all of the tension out from it. From our time relaxing at the Qantas lounge to our in-flight experience, the journey was smooth, comfortable, and enjoyable. It also helped that the air stewardesses were extremely attentive and jovial, bringing to mind the spirit of Aussie friendliness. Time to book another Qantas flight, now.

Qantas Qantas Airways Qantas Business Suites qantas business class qantas lounge flying business class qantas review
PohNee Chin
Editor, Kuala Lumpur
Poh Nee is the editor and writes about travel and drinks. When she's not living out her holiday dreams via Google Earth and sipping on an Old Fashioned down at the local bars, you can find her snug at home bingeing on Netflix and mystery fiction.
Travel Drinks