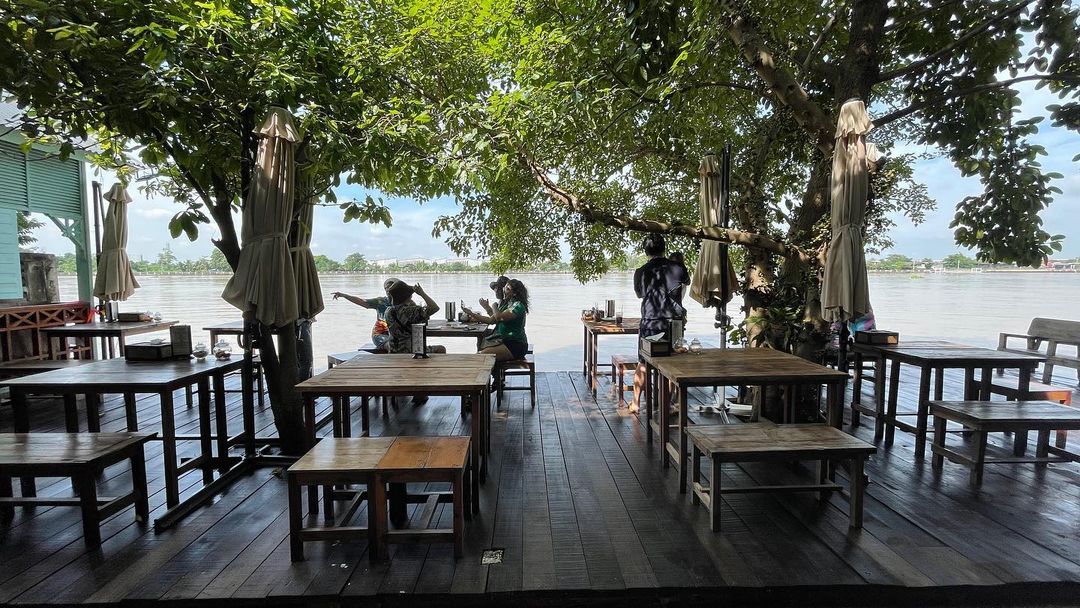 Bangkok is getting a novel attraction – Chaopraya Antique Cafe – just in time for Malaysians who can now travel abroad for leisure.

A Thai restaurant has taken dining with a water view to the next level — its customers perch precariously on wooden stools as murky brown floodwater laps at their tables. Tropical storm Dianmu and heavy monsoon rains have caused flooding in 33 Thai provinces, inundating more than 300,000 households and claiming nine lives.

Riverside areas of Bangkok are bracing for flooding in the coming days and more storms are expected to hit the kingdom next week. But the crisis has been a boon for the Chaopraya Antique Cafe in Nonthaburi, part of the vast sprawl of Bangkok upriver from the city centre.

In the afternoons and evenings the restaurant is full of diners munching miang kham, a fiery leaf-wrapped appetiser, giggling and jumping on their seats as boats and rice barges cruise past the Chao Phraya River, sending waves of caramel-coloured water towards them. When flooding began owner Titiporn Jutimanon intended to close the restaurant but soon realised customers did not actually mind being surrounded by water.

“The concept has spread by customers’ word of mouth,” he told AFP, adding footage of the quirky eatery quickly started trending on social media. Restaurants in Bangkok and other hotspots yoyoed in and out of restrictions on in-house dining this year as a deadly third wave of coronavirus infections took hold.

Thai authorities allowed in-house dining to resume in September, as part of an easing of restrictions as new cases fell to around 10,000 a day, down from a peak of 23,000 in August. An estimated 50,000 restaurants have shut down permanently according to the Thai Restaurant Association, and Titiporn is grateful he can keep his doors open.

“If I have to close down the restaurant again, it wouldn’t survive for sure,” he said. Operating a flooded restaurant is a lot of hard work, Titiporn noted. “You have to navigate your way through floodwaters while holding the customers’ food,” he said, adding staff also have to mop up mud at the end of the day.

The experience has proved popular with young people and families. “The economy is pretty bad these days… I think it’s a very good idea. The owner has turned the crisis into an opportunity,” customer Neung, 49, said.

Health authorities in many countries advise people not to expose themselves to or swim in flood water. Faecal matter from overflowing sewage, chemicals and industrial waste can cause illness and skin infections can occur from contact with open wounds.

Hero and feature images by Chaopraya Antique Cafe. The story is published via AFP Relaxnews