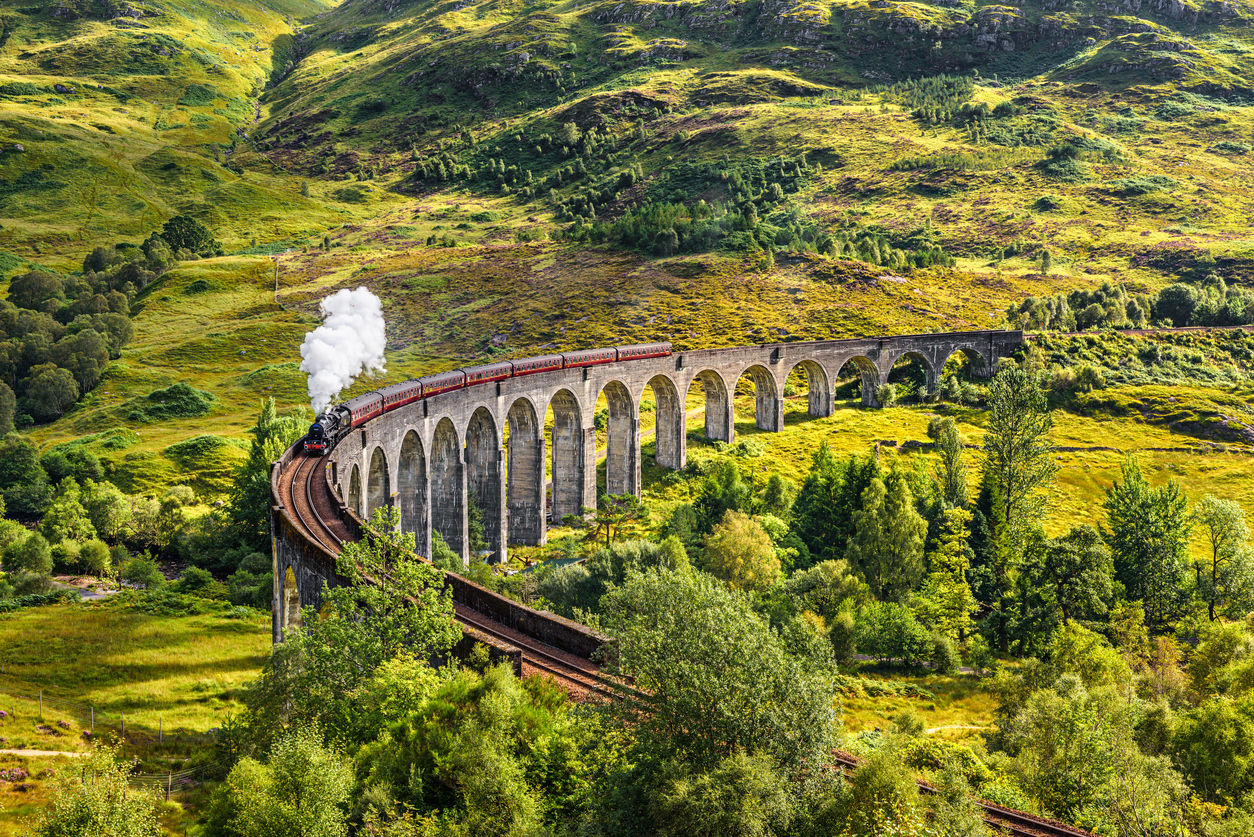 American author Robert J. Hastings once wrote: “Sooner or later we must realise there is no station, no one place to arrive at once and for all. The true joy of life is the trip.”

Nowhere is this seen more than in luxurious train rides that take us to our destination at a leisurely pace. Sure we’ve read about plush suites in cruise ships and a host of hotels and resorts that you could get cosy in but the romantic charm of cruising in a train is hard to beat.

The aim here is not to think of the train ride as a means to get to your destination. In fact, it’s a holiday on its own, letting you view the most picturesque landscapes as you live it up in the lap of luxury.

While trains of today have evolved to include the most advanced technology, we still find beauty and splendour in the old and classic trains, or even the new ones like The Royal Express in Japan that pay tribute to older designs.

From the famous Belmond Venice Simplon Orient Express to the extravagant Seven Stars in Kyushu, take the trip of your life in one of these luxurious train rides.

While most are familiar with popular destinations in Japan such as Tokyo, Osaka, and Hokkaido, the smaller states such as Kyushu are slightly harder to get to. Yet, it is a mountainous land that has boundless untouched beauty, best appreciated through a window of the Seven Stars in Kyushu luxury train. Mostly furnished and decorated in wood, the design has both Japanese and Western influences, which you will find in its 14 guest rooms, all of which are plush suites. Dine on the most luxurious cuisine and finest Kyushu delicacies too — all while the train rolls past the local scenic sights.

Imagine seeing the wild animals of South Africa roam free right outside your train window. This is what greets you on the Rovos Rail — a luxurious train ride that takes you through the Southern African landscape. The company adheres to a philosophy where technology is kept minimal so you won’t see any radios or televisions, let alone have access to the internet. Instead, take a deep breath and enjoy the views as you tuck in to a selection of South African wines with your dishes, peppered with fresh local ingredients. 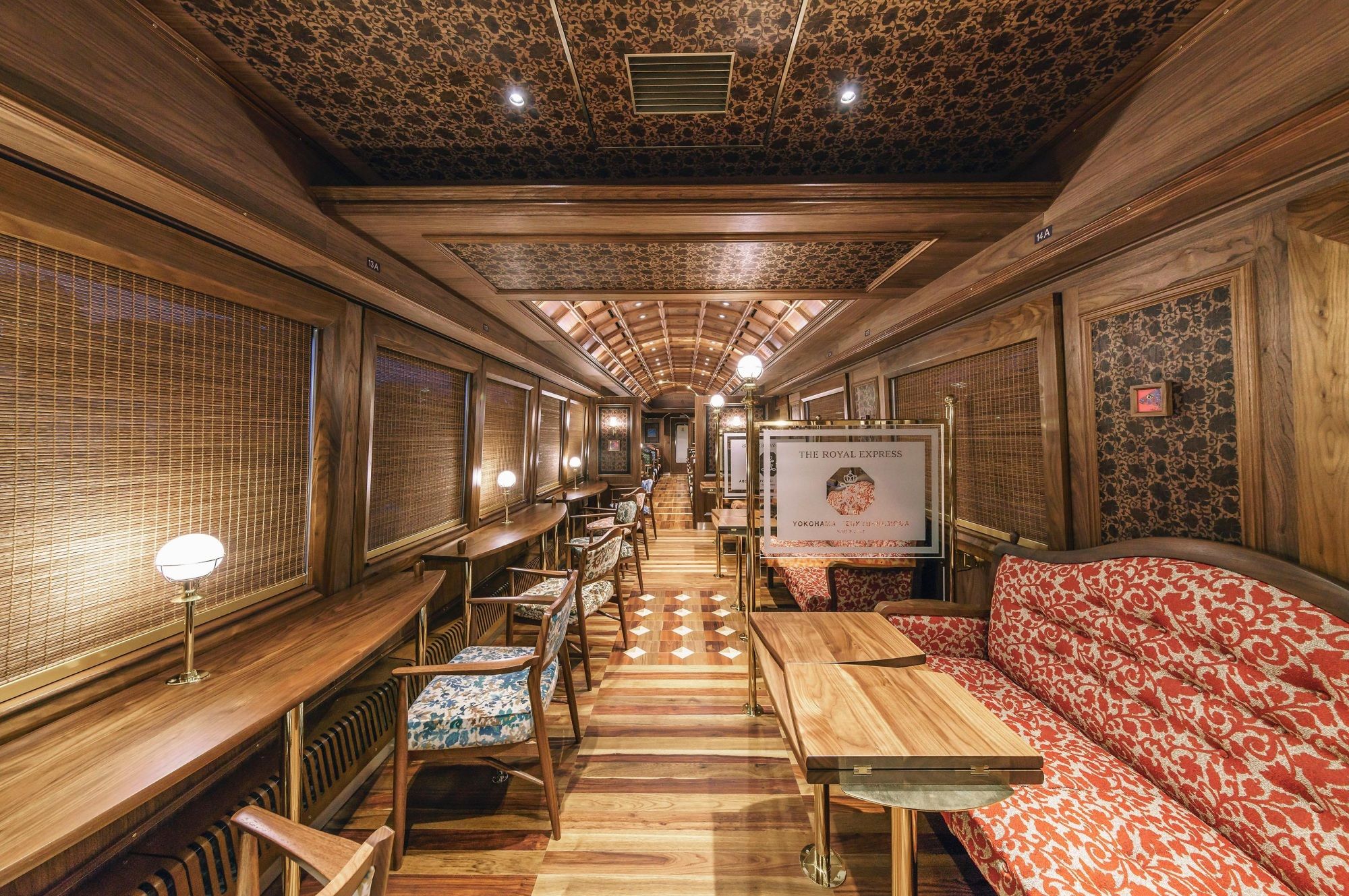 The Royal Express in Japan

The Royal Express is rather new, having been launched just last July. The interiors bring to mind the grandeur of an emperor’s chambers from centuries ago. There’s a medley of Japanese and Western influences thanks to its interiors of light wood paired with straight-back chairs. The Royal Express travels from Yokohama to the south of the Izu Peninsula, which is popular for its hot springs. Enjoy live musical performances on the train while dining on exquisite Japanese fare. 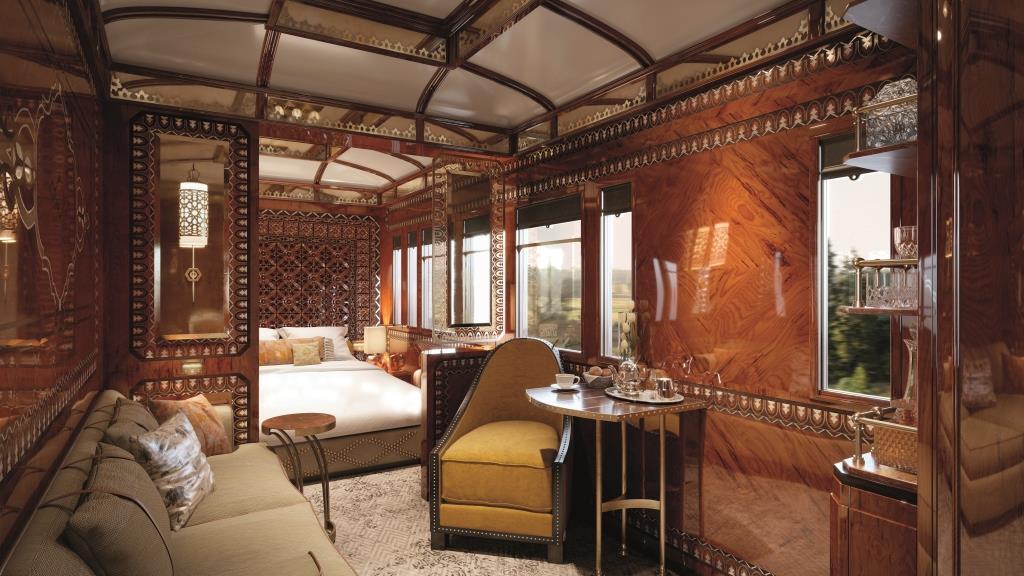 The Belmond, which has been operating train trips since 1883, is arguably the last word when it comes to luxury rail travel. The Orient Express is indeed legendary — so legendary that even Agatha Christie mentioned it in her book. Belmond’s Venice Simplon Orient Express which runs from London to Venice is arguably the most picturesque and popular of all the journeys offered. Stay in a Grand Suite and enjoy the endless flow of champagne whilst looking out to the scenic landscape. 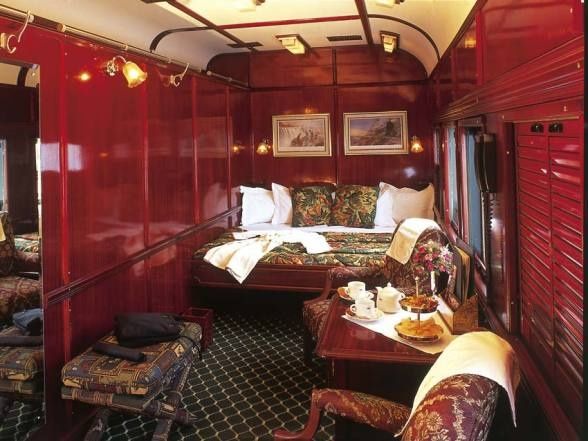 If crossing borders is not your thing, the Royal Canadian Pacific is just the antidote as it will take you through the west of Canada. The best thing about the journey is that the itinerary won’t limit you to just being on the train. Opt for off-train activities and go golfing, fishing or even take a helicopter ride through the mountains. The rich and warmly-hued wooden-panelled rooms with the plush brocade will bring to mind a stately house in the woods complete with trophy heads hanging on the wall.