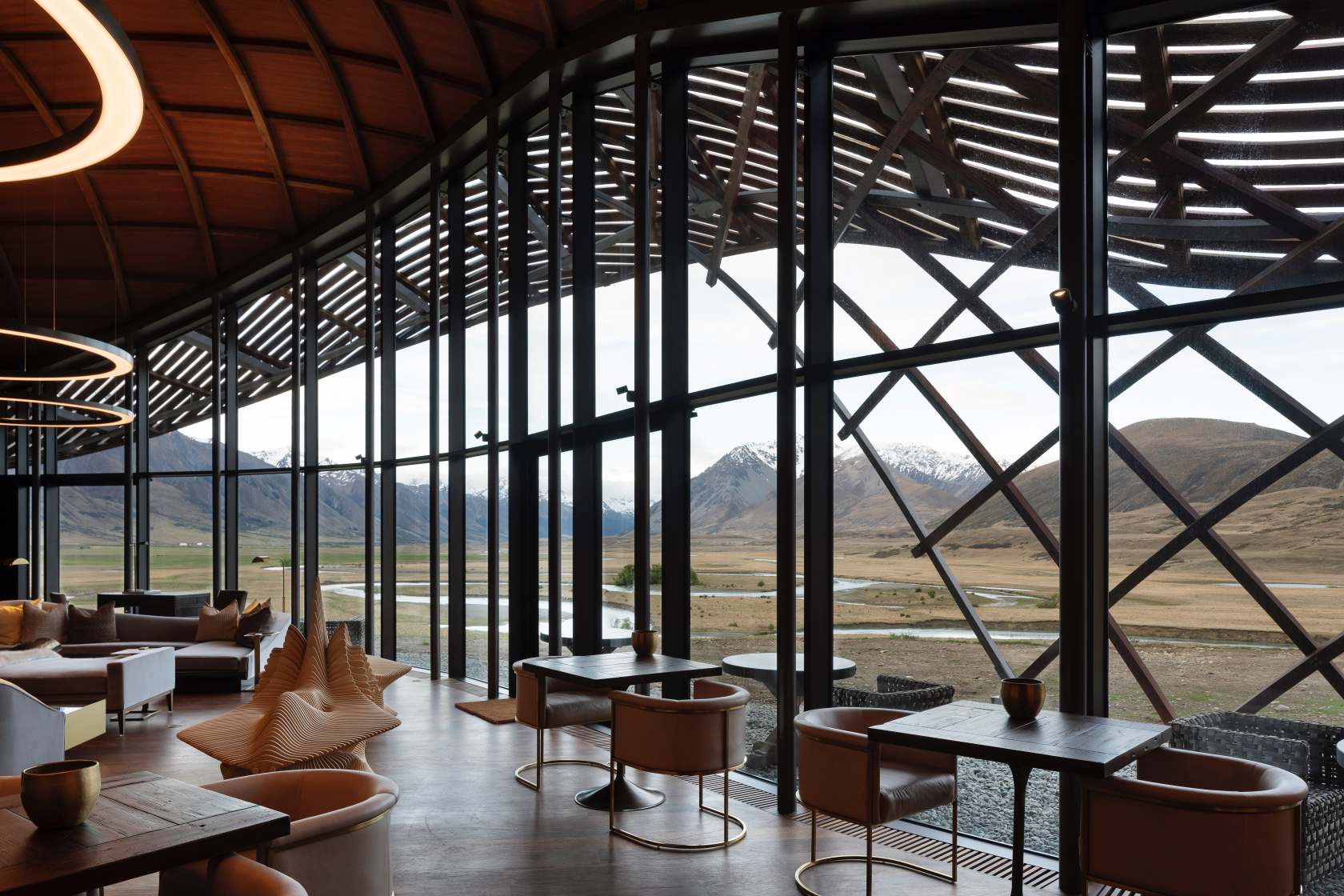 New Zealand’s natural landscape is almost second to none. The lush greenery framed by a backdrop of mountains is a site that many gapes over, but not many realise that other than Hobbiton, this country is also home to more than several interesting hotels. These art and design hotels in New Zealand will amaze you, from its stunning architecture to contemporary art, and also art collections.

Do you fancy yourself as an art and design enthusiast? Then you’ll be checking in to the right places. Some of these hotels — such as The Lindis in Ahuriri Valley — are designed that they blend seamlessly into nature’s architectural landscape. If you were flying overhead the hotel, you might actually miss it because the building follows the natural undulations of Ahuriri Valley. Now doesn’t that reminds you of a certain Speyside distillery?

Closer to the city, hotels don’t have the luxury of real estate to be as innovative with their building architecture. Nonetheless, they make do in other ways with interior design and art collections. So/ Auckland hotel teamed up with fashion innovator WORLD’s Benny Castles to create a bold interior design, while QT Wellington — formerly Museum Art Hotel — features original artworks by local and international artists.

Now you see, New Zealand isn’t just famed for its natural archetypes, but also its manmade architecture and design hotels. Read on to see more art and design hotels that you can find around the land of the Kiwis. 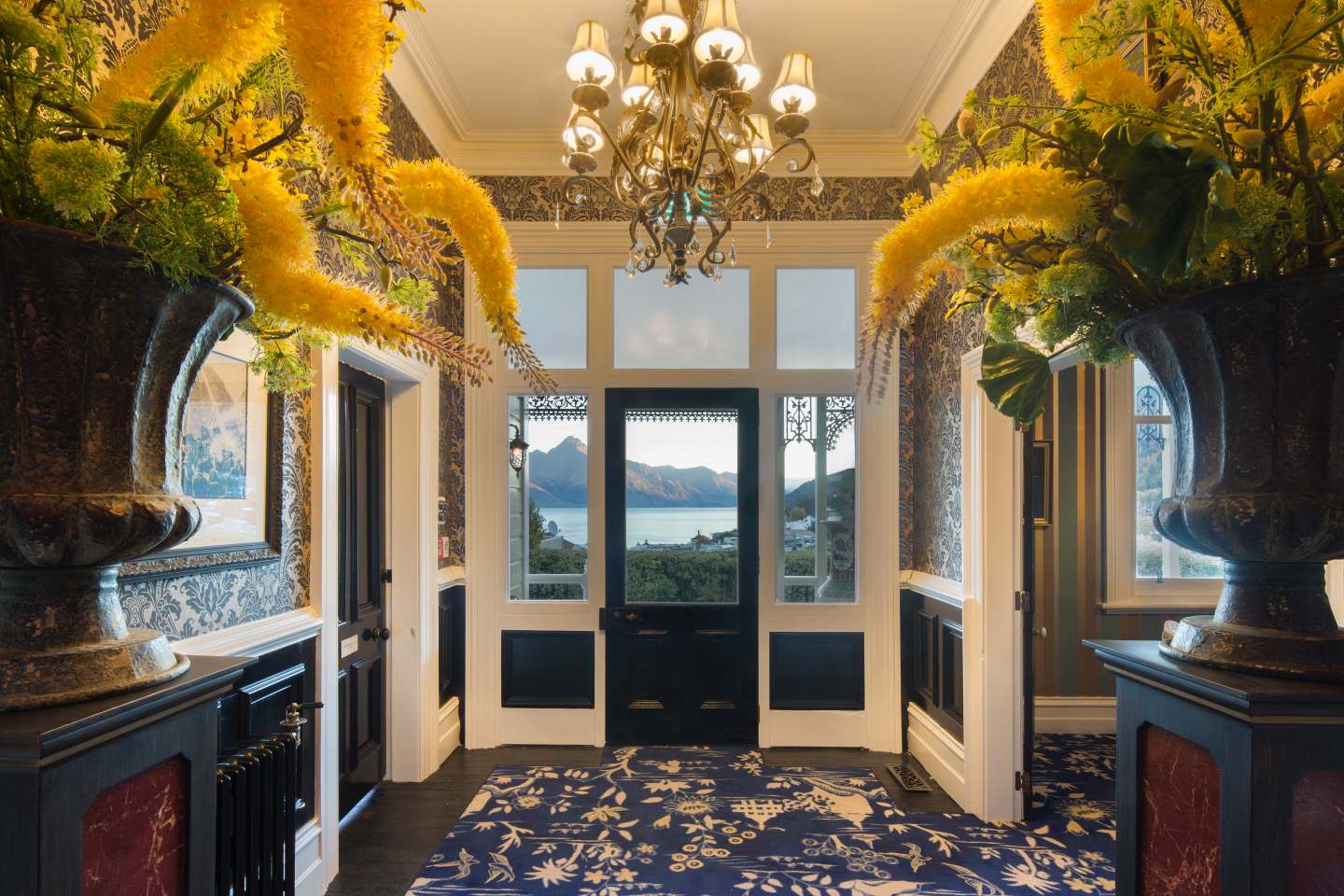 Just a short distance from the heart of bustling Queenstown is a 130-year-old Victorian villa, now repurposed into a hotel named Hulbert House. Not only is it historical, but this is also Victorian design at its best. Six suites feature ornate canopy beds, chandeliers, and antique writing desks to keep you in that old Victorian mood. But the history behind this century-old villa is an interesting one — back in the day, it was a maternity home, a refuge for young girls, and a backpacker’s hostel. 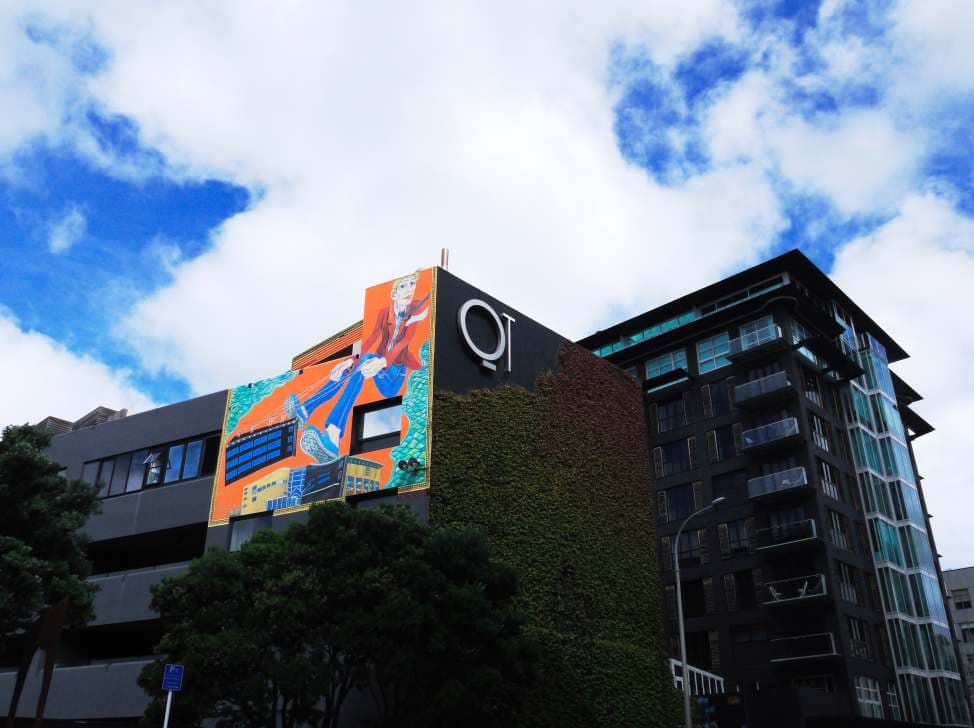 QT Wellington was formerly known as the Museum Art Hotel and was once owned by famed art collector Chris Parkin. Perhaps then, it comes to no surprise as the hotel has an extensive collection of original art from local and foreign artists. Among the art pieces to look out for at the QT Wellington include a life-sized bull sculpture made of corned beef cans. Inside the hotel, you’ll see more artworks that you won’t even need to visit an art gallery anymore. 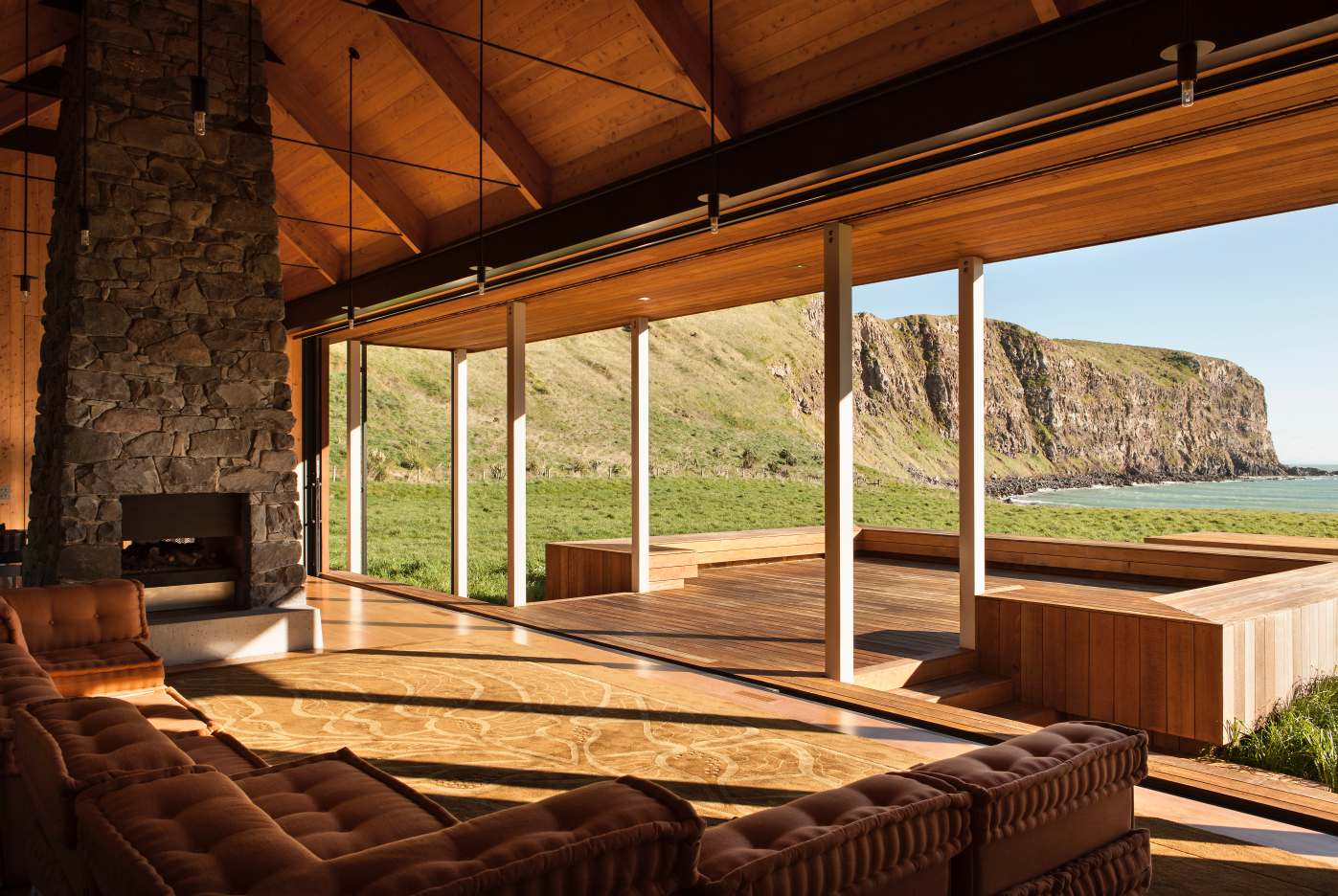 Annandale is a collection of four villas that one can rent around New Zealand. However, the most outstanding villa has to be the Scrubby Bay House. Nestled in the valley between two hills, Scrubby Bay House is a private enclave that can fit up to 14 guests at one time. With the endless expanse of hills behind the house and a private bay in the front, its location is as breathtaking as its architecture. While one might think of a shabby cottage, this house is a modern marvel of cedarwood, glass, and stone — the perfect permeation into its natural surroundings. 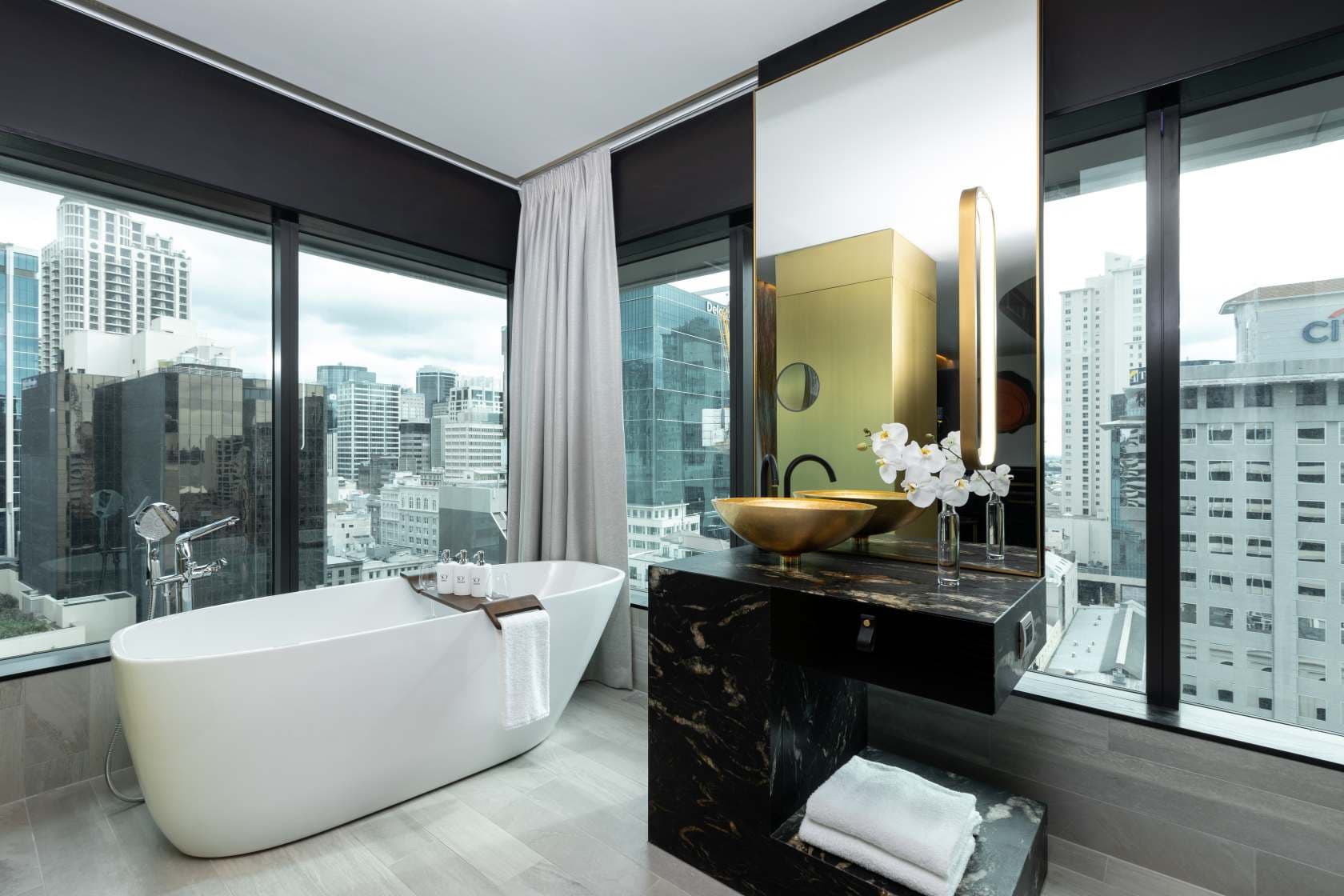 For the first time in Australasia and the South Pacific, So/ teamed up with fashion innovator WORLD’s Benny Castles to bring their signature bold look into this 130-room hotel in the city of Auckland. As a result, So/ Auckland is a stunningly-designed city hotel with interiors inspired by Auckland’s volcanic origins and the building’s heritage of formerly being a gold reserve. To top it off, guests can ride around town in the hotel’s gold Bentley SUV. 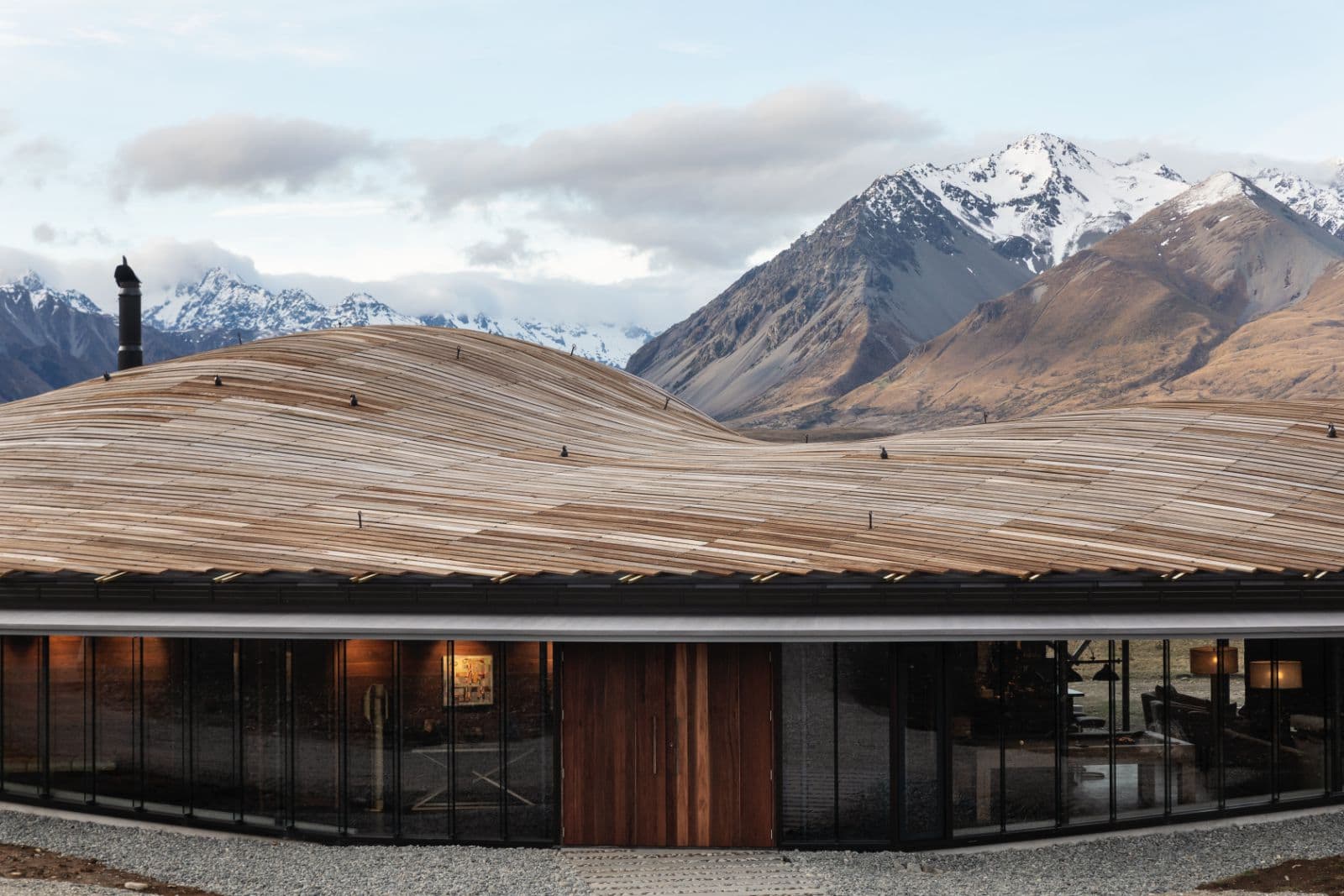 They say that if you were to see an aerial view of The Lindis, you might just miss it. This is because the roof of the building follows the undulating grooves of its natural landscape. It’s only fair, seeing as The Lindis is located within a conservation park in Ahuriri Valley. This is currently New Zealand’s newest luxury lodge, having only opened last November. Inside, the lodge features natural materials of wood and stone, giving guests a seamless integration from outdoors to indoors. The Lindis apparently has plans of building individual glass pods in the near future so guest can enjoy the starry night sky.

art and design hotels in New Zealand the lindis ahuiri valley qt wellington hotel hulbert house queenstown annandale scrubby bay so sofitel auckland
PohNee Chin
Editor, Kuala Lumpur
Poh Nee is the editor and writes about travel and drinks. When she's not living out her holiday dreams via Google Earth and sipping on an Old Fashioned down at the local bars, you can find her snug at home bingeing on Netflix and mystery fiction.
Travel Drinks