6 luxury hotels in Beijing worth checking in

China has long been the market leader in many aspects. One of it revolves around the world of technology with many top tech companies coming from the mainland. While Chinese tourists have had a long love-hate relationship with the rest of the world, it’s safe to say that the tourism industry within its own country is doing significantly well. Especially with the luxury hotels in Beijing, it is some of the best the world has laid eyes on.

This is also the year that one of the grandest hotel chains will be opening in Beijing, Mandarin Oriental Wangfujing. As a metropolis, Beijing has an abundance of luxury hotels at its disposal. Beijing also has plenty of smaller boutique hotels that are capable of going toe-to-toe with top-tier hotels in terms of design and comfort.

Architecturally, each luxury hotel in Beijing carries its own sense of individualism and identity. Of course, each hotel does feature its own grandeur to a certain degree, it still manages to keep a friendly and welcoming atmosphere for guests.

If you’re looking to head to Beijing anytime soon, be sure to also check out the Great Wall of China as well as the Forbidden Palace, two must-see sights while you decide on which luxury hotel you will put yourself up in. 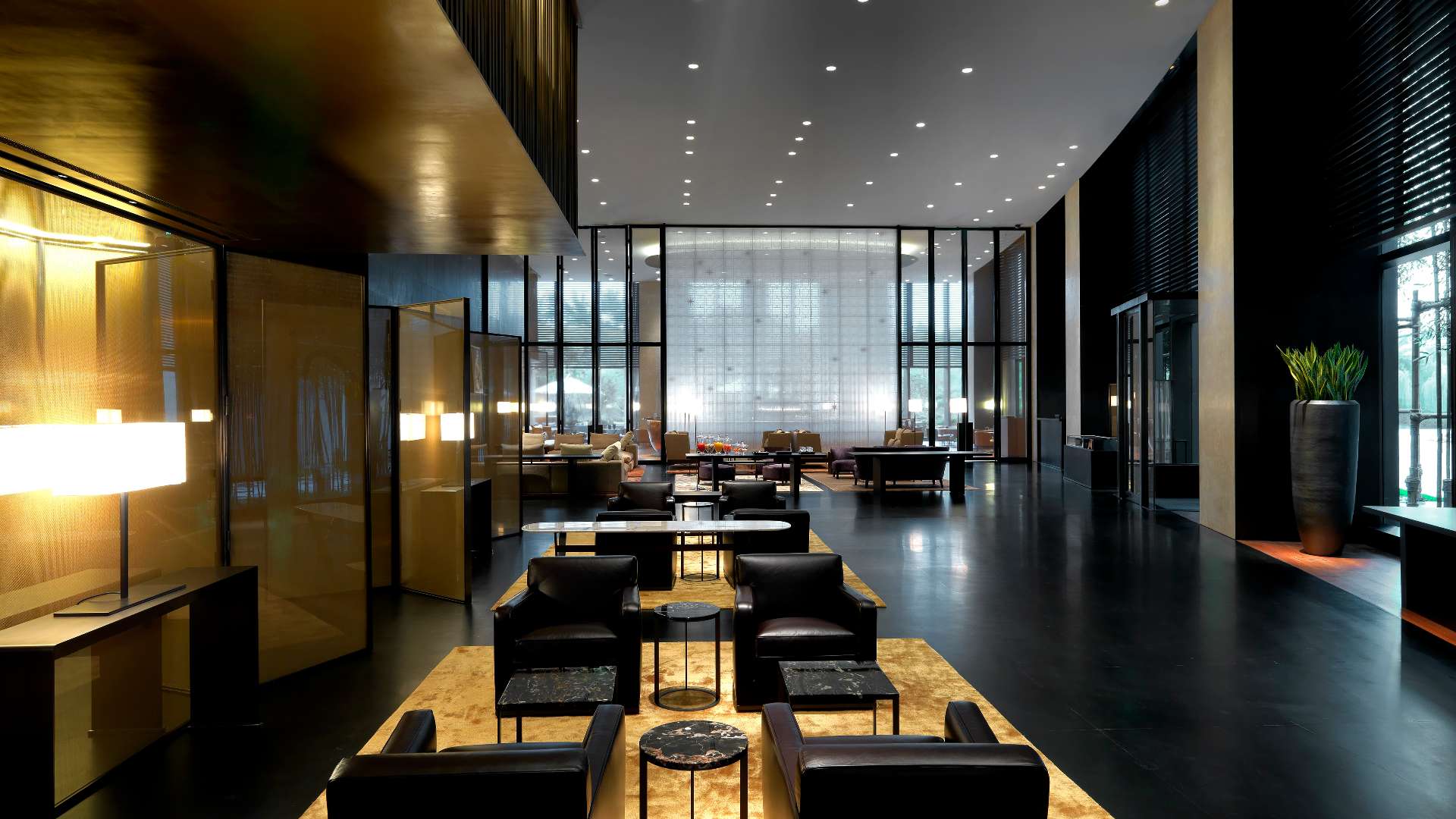 Bulgari Hotels & Resorts are one of the most exclusive hotels around the world. It only has six outlets in total with Beijing being one of them. Bulgari Hotels have long been known to be at the upper echelons of grandeur and its residence in Beijing is no different. It’s touted as an ‘urban resort’, located right at the heart of the exclusive Embassy District in Beijing. The Bulgari Hotel seamlessly blends its green initiative alongside nature and art. The hotel houses 119 rooms and suites, including the exclusive Bulgari Suite, which provides panoramic views of the Beijing skyline, Bulgari’s own private gardens, as well as the Liangma River. Within the hotel also resides the Bulgari Spa as well as the IL Bar and IL Ristorante Niko Romito. 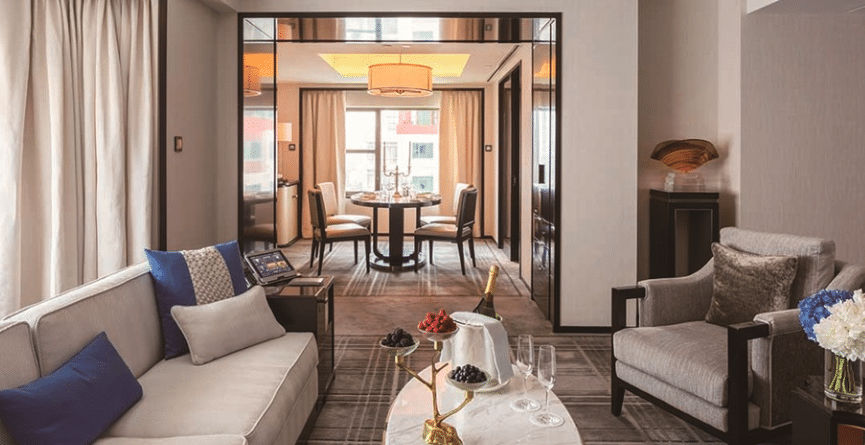 The Peninsula Beijing is the first ever five-star luxury hotel to arrive into the capital city. It was first known as The Palace back in 1989 when it first opened before The Peninsula Hotels group took over in 1996 — renaming the hotel to its present name. It recently went through an extensive renovation, which includes reducing the number of its rooms from 525 to 230 while doubling in size. The Peninsula features a perfect balance between Oriental and Western elements. It’s located within a stone’s throw away from the Forbidden City, Tiananmen Square, and The National Theatre, which is perfect for sightseeing. There is also the Peninsula Arcade, home to many luxury brand flagship boutiques in China.

The Rosewood Hotel Group is world renowned for its elegant and luxurious hotels with the Rosewood Beijing as the company’s first property in China. The hotel itself is located within the Jing Guang Centre in Wangfujing, one of the most famous streets in all of Beijing. There are a total of 282 rooms spread across regular and club rooms, suites, and the manor club. What makes the Rosewood Beijing different from many other five-star luxury hotels in the city is its luxury residential decor seamlessly blended with subtle Oriental elements. The Rosewood Spa, Sense also comes with its own suites for overnight stays while the hotel has six different in-house restaurants serving a plethora of authentic international cuisines. 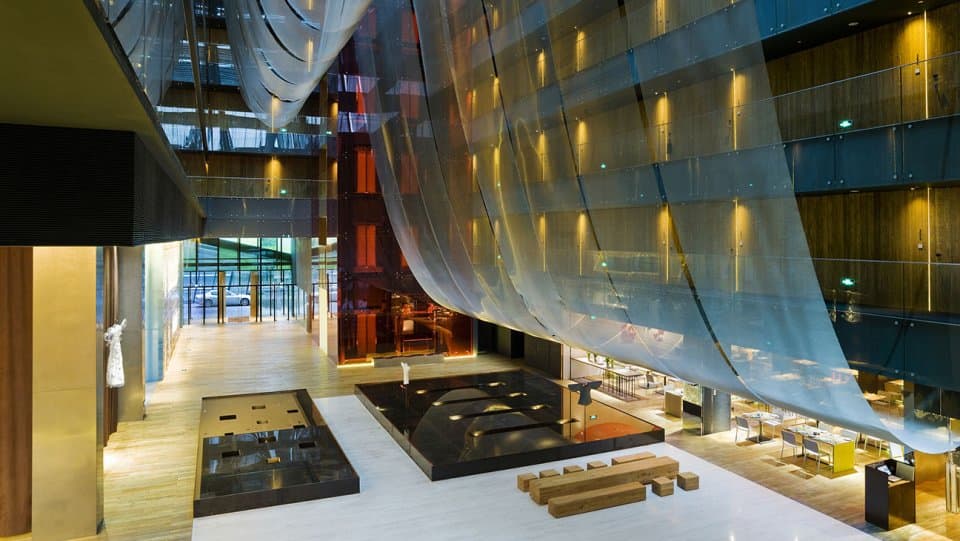 The Opposite House resides at the heart of Sanlitun with its dazzling glass exterior and is part of the Village at Sanlitun. It doesn’t feature any over-the-top design but rather a calming atmosphere that exudes zen and tranquility from the moment you step into the compound. The Opposite House prides itself from being different than its other luxury hotel counterparts in Beijing. The accommodation provided isn’t referred to as rooms but rather studios. There are four grades of studios — 45, 70, 95, and 115 — and the rooms increase in size as the number grows higher. The Opposite House also boasts chef Alan Yau’s first restaurant in mainland China, Jing Yaa Tang. 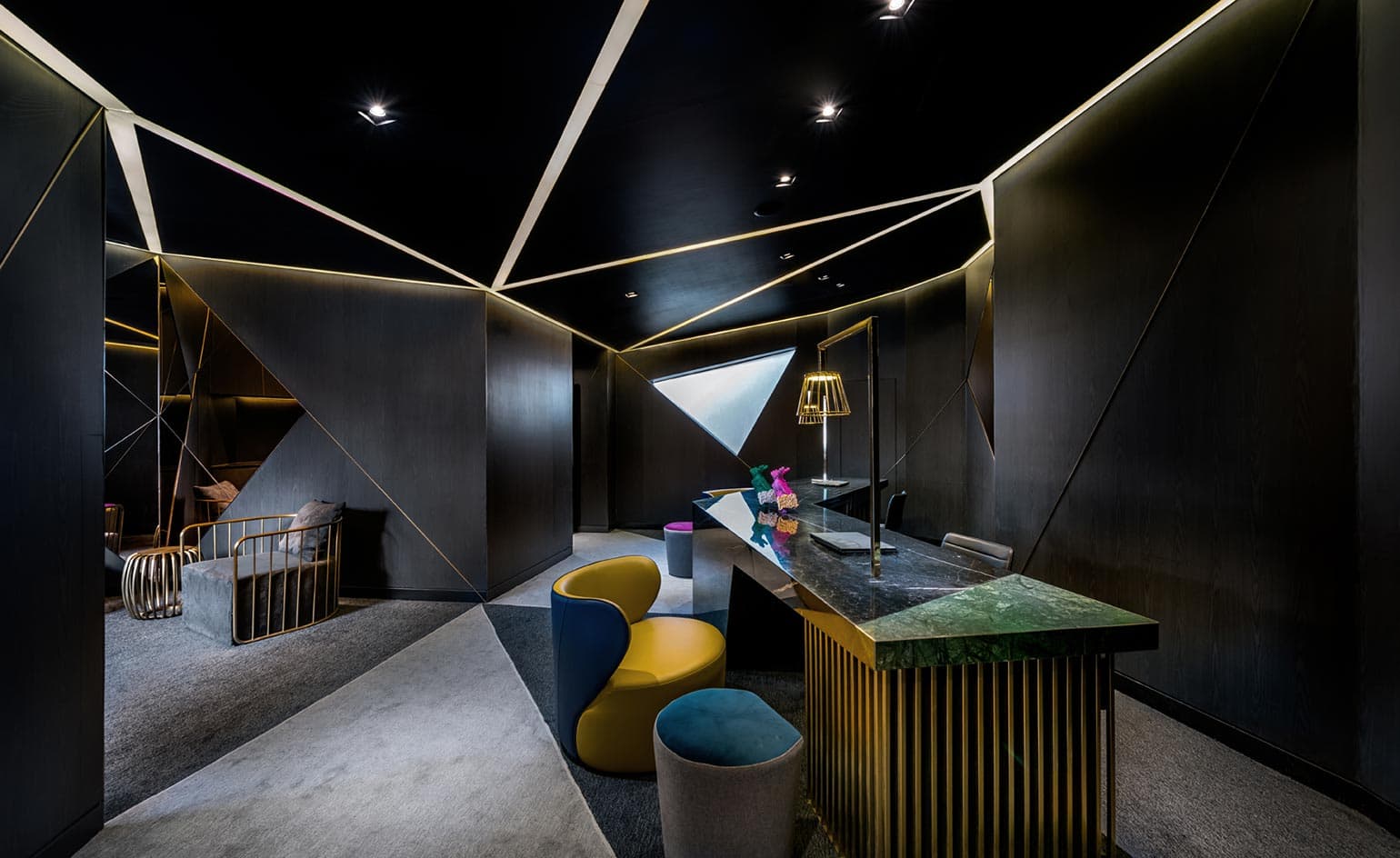 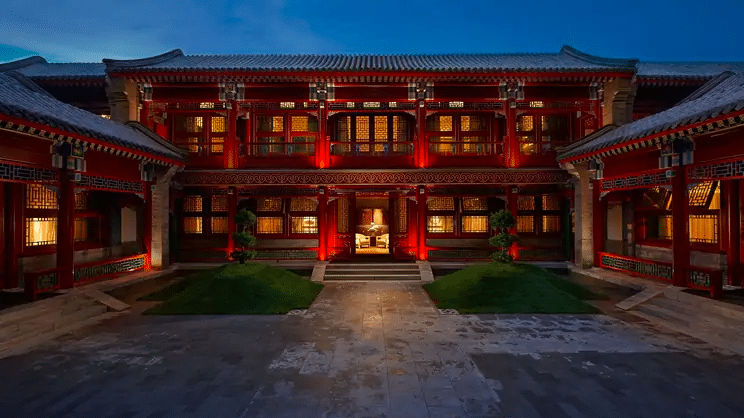 The Waldorf Astoria Beijing is one of the youngest five-star luxury hotels in the city, making its way back in 2014. While many luxury hotels around do boast a balance between Western and Oriental elements, the Waldorf Astoria Beijing takes things up a notch. It encompasses both China’s rich traditions alongside its modern-day affluence to a great degree. It remains polished and modern on the outside while on the inside, it just screams timelessness. With over 176 rooms and suites available, its Hutong Studios and Villa take the crown with private entrances at a separate wing from the hotel.

Beijing Luxury Hotels Rosewood Beijing The Opposite House Bulgari Hotel luxury hotels in beijing the peninsula beijing vue hotel houhai beijing waldorf astoria beijing
Wi-Liam Teh
Senior Writer
Wi-Liam is a geek at heart with a penchant for tattoos. Never without a drink in hand (preferably whisky, gin, or Guinness), he is also a writer by day and a keyboard warrior by night. On his day off, he masquerades as a streetwear and sneakerhead enthusiast while his bank account says otherwise.
Tech Cars Watches Entertainment Food Drinks
Sign up for our newsletters to have the latest stories delivered straight to your inbox every week.

Would you a book a stay in Dubai’s latest Moon-shaped resort?