Home > Travel > Hotels & Resorts > These are the 7 best hotels in Split, Croatia 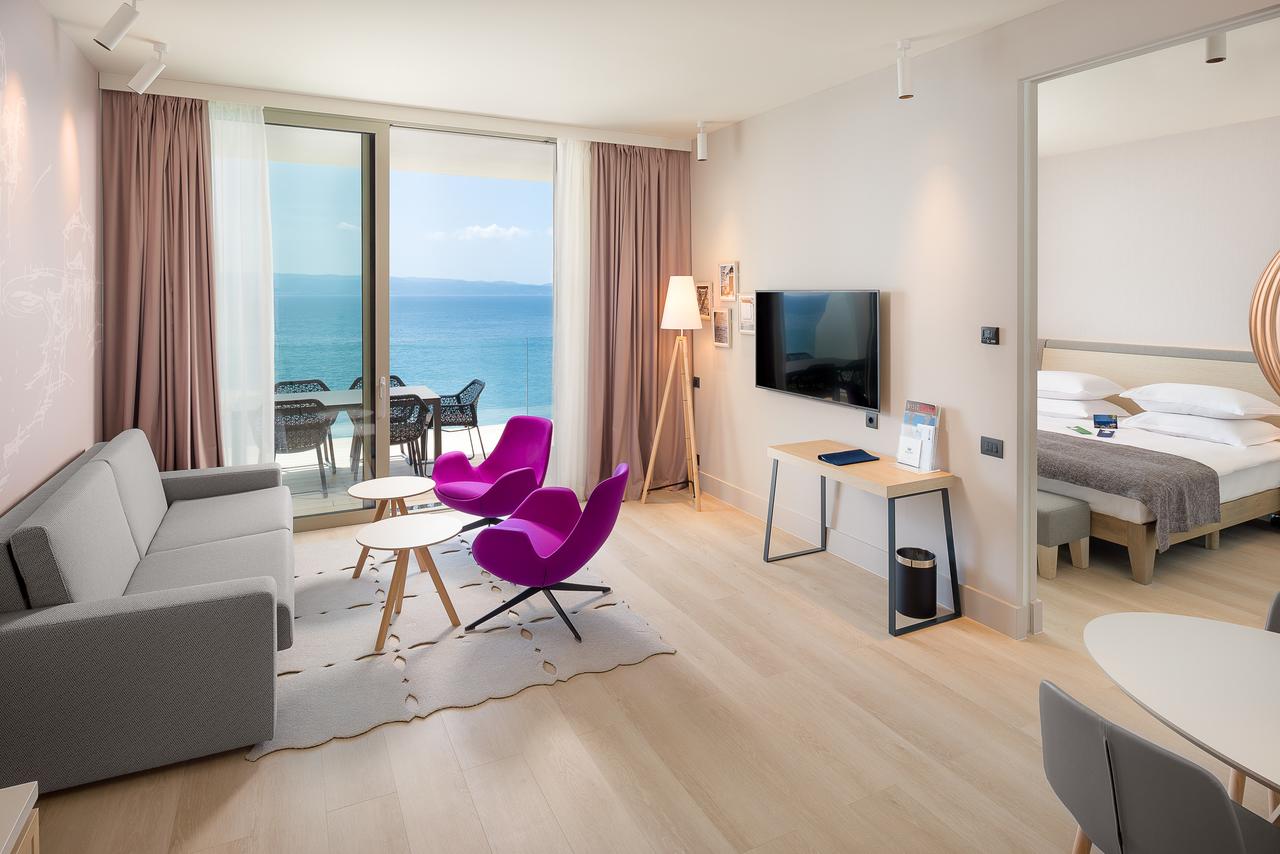 These are the 7 best hotels in Split, Croatia

Travel
These are the 7 best hotels in Split, Croatia
Share this article
Next article

Croatia is rapidly becoming a popular destination for tourists who wish to see more of Europe. Beyond the capital city of Zagreb, Split is also a great city to visit. The coastal city has a good mix of both ancient history as well as modern structures, so you’ll have plentiful to check out while you’re there. These hotels in Split will be great places to rest and rejuvenate during your time there.

When in Split, a must-see is Diocletian’s Palace. It’s a beautifully-preserved fourth-century complex that is both Diocletian’s retirement villa merged with a large former military camp. While it’s full of tidbits that will thrill the history geek in you, fans of Game of Thrones will also find this complex familiar, as several scenes were filmed there.

Otherwise, the historical part of Split is a large one that is best traversed on foot. Take time to explore the old city with its renaissance architecture flanked by shops and cafes. Of course, you can’t miss out on visiting the seaside. Not too far from the city is a stretch of beaches with fine sand, perfect to dig your toes into and spend the day at.

Getting excited about Split yet? Check out these hotels in Split when you book your flights.

Travel
The best Greek islands to visit that aren’t Santorini

Part of the appeal of travelling to a coastal city is the tranquil sea views you can get from wherever you’re staying. At the Radisson Blu Resort & Spa, Split, it doesn’t disappoint. Its location looks towards the Brač island and is close to the coast, giving you some pretty windy walks outside. As for the hotel itself, it’s stylish and shiny – there are plenty of gleaming spots on its exterior, including the glass-front balconies that all 250 of its rooms and suites have. Each floor takes on a specific colour palette, and its theme runs through the entire floor from the wall colours to the decorations. 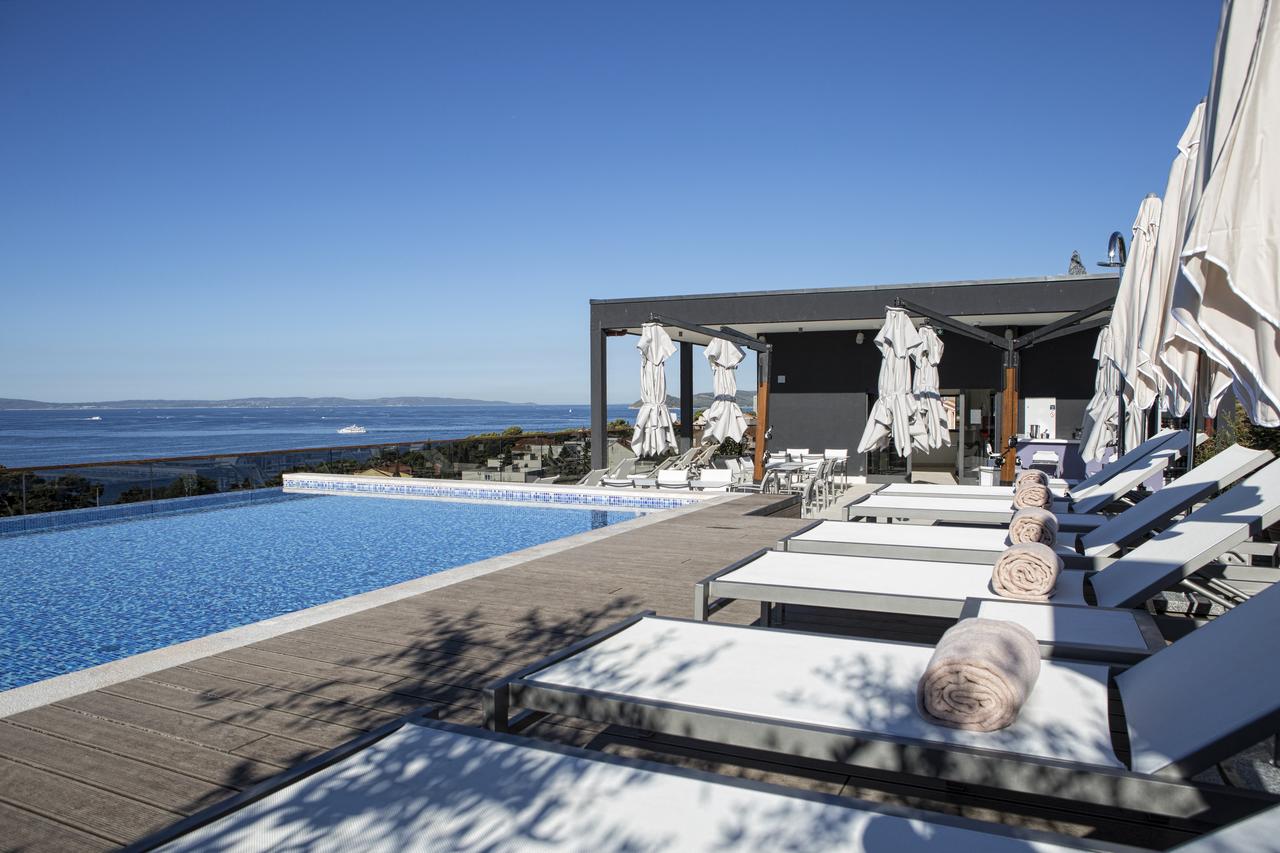 One thing you should take advantage of when staying at the Marvie Hotel is the four-island tour that it offers. You get the chance to explore the islands of Brač, Hvar, Šolta, and Devil Islands – some of the most beautiful islands in the Mediterranean. As for the hotel, it’s equally as nice with modern and sleek interiors, minimalist rooms, and a spa village catered to your optimum wellness. This wellness focus extends to the Da’Mar Restaurant too, where food is gluten-free and there are options for vegetarian and vegan dishes. 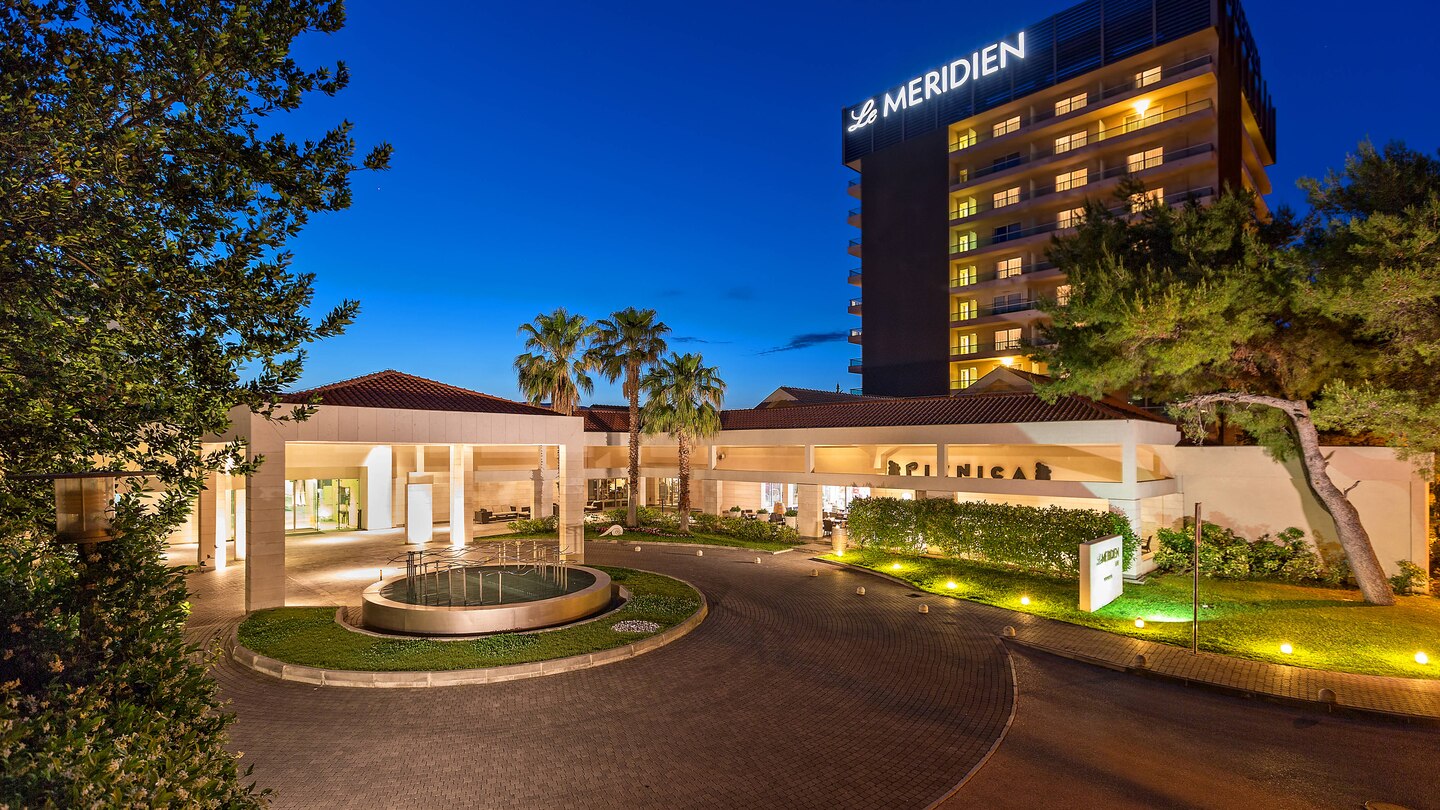 To get to the top of the top hotels in Split, you can’t go wrong with the five-star Le Meridien Lav. It’s modern, luxurious, and comes complete with its own private beach. In fact, it’s the only hotel in Split which will get you that amenity. Otherwise, Le Meridien Lav has everything else befitting a luxury property: an infinity pool, a marina, tennis courts, and a Diocletian Spa that comes with a Finnish sauna, three Roman baths, and nine treatment rooms. Just so you can pamper yourself silly while you’re there. All 381 rooms and suites in the hotel come with its own balcony, most of them looking out to the marina. There are also four restaurants within the hotel premises, so if you don’t feel like going out you won’t go hungry. 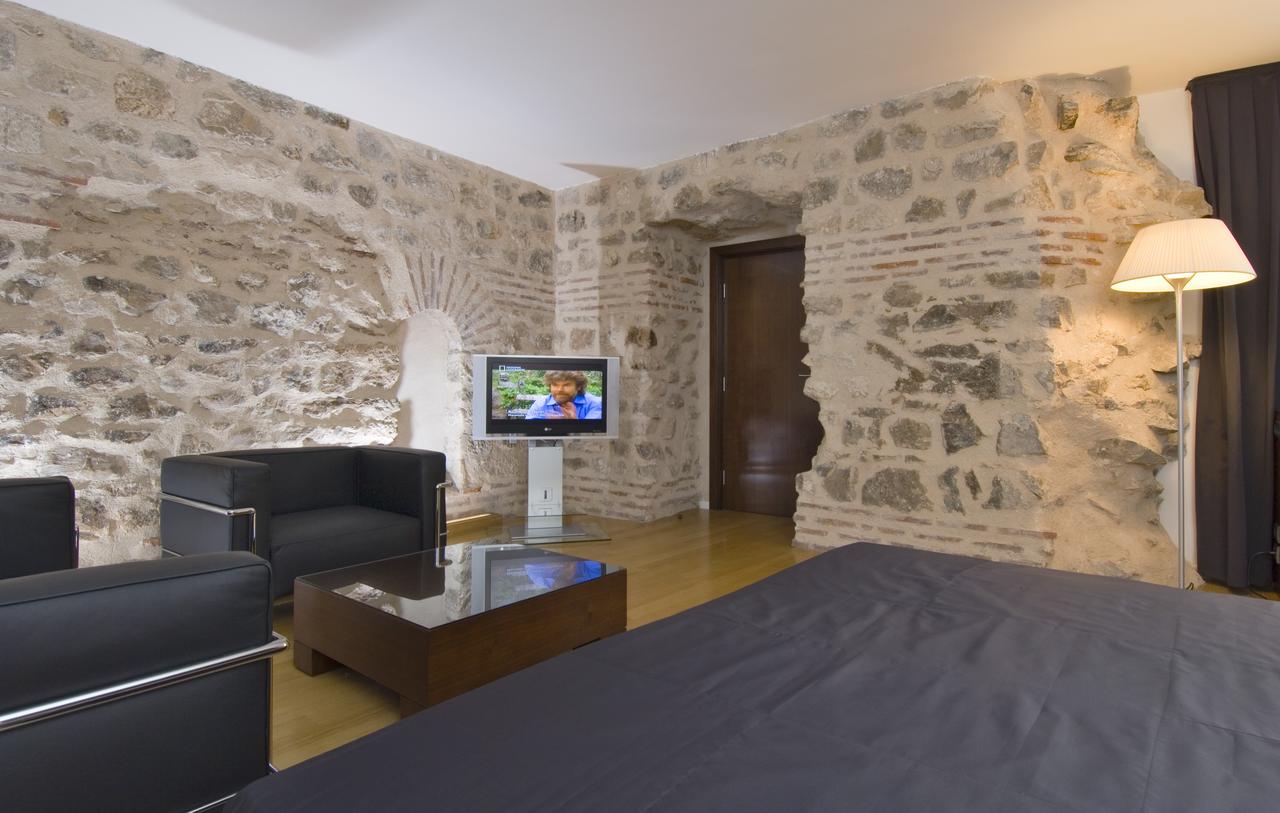 You’ve stayed in castles and former Maharajas abodes – now it’s time to try living in a former Croatian palace – the Hotel Vestibul Palace. It has now been converted into a boutique hotel, maintaining its traditional facade while updating the interiors to make it more befitting to our modern times. There are 11 rooms on the premises, split across two buildings. The hotel is known for its extremely attentive and personalised services, so you’ll definitely have a comfortable time here.

You can’t mention hotels in Split without including Hotel Park. It’s the coastal city’s oldest and most prestigious hotel. It dates back to 1921 and is even considered a city landmark. This is evident with the Art Deco interior and fittings. There are 72 rooms and suites on the premises, each one spacious and boasting Roberto Cavalli toiletries. Be sure to try out some halotherapy in the spa – there’s a Salt Room specifically for that. 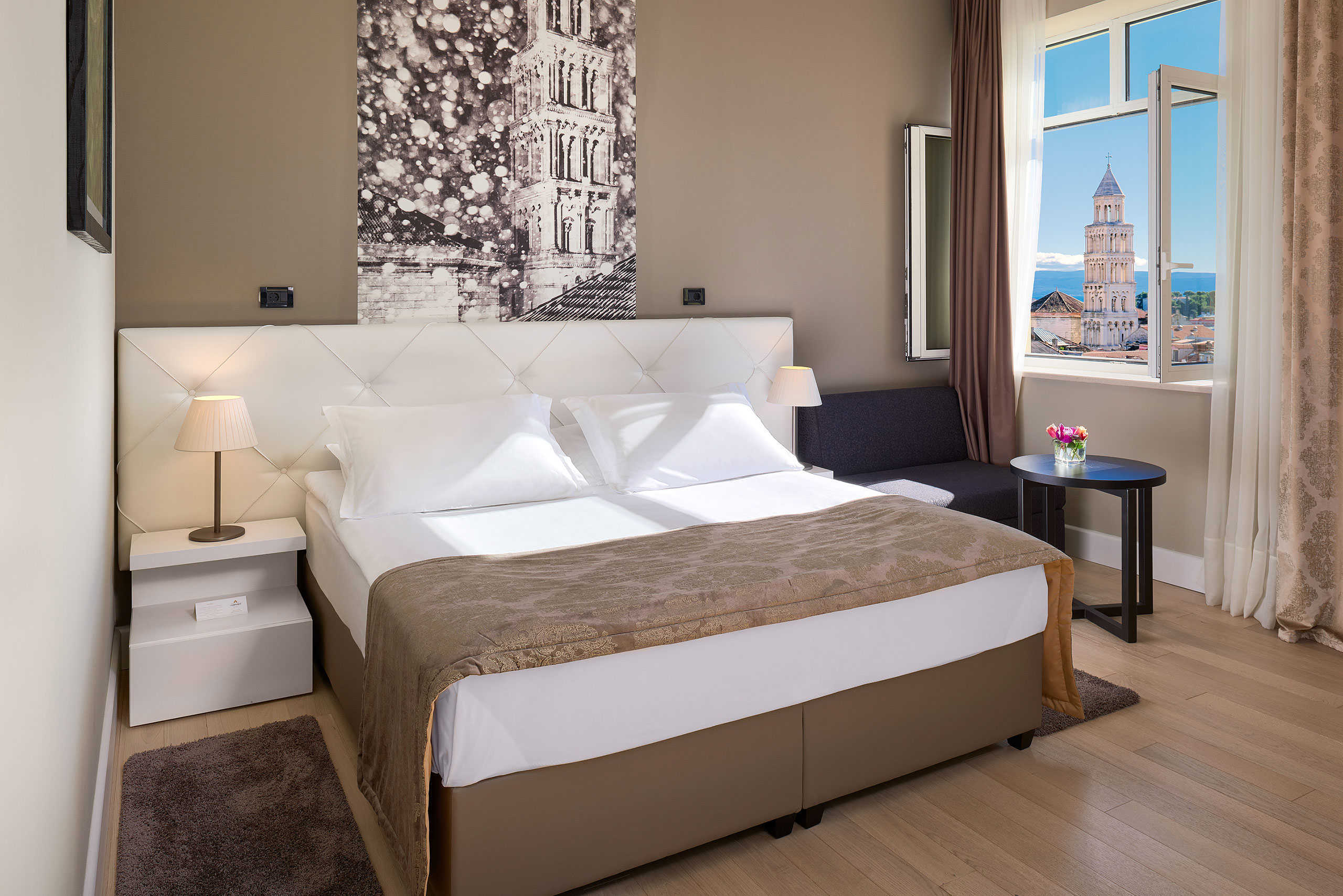 Fancy chilling in a hot tub that overlooks the coastal city of Split? Cornaro Hotel has you covered. Sip on a cocktail and lounge by the rooftop pool or heat things up in the hot tub. This four-star hotel also has 156 rooms and comes with two dining outlets located at terraces for a bit of al fresco dining time. Don’t judge its exterior though – despite being repurposed out of the old 30s Post Office building and an Italianate mansion, the interiors are very much sleek and modern. 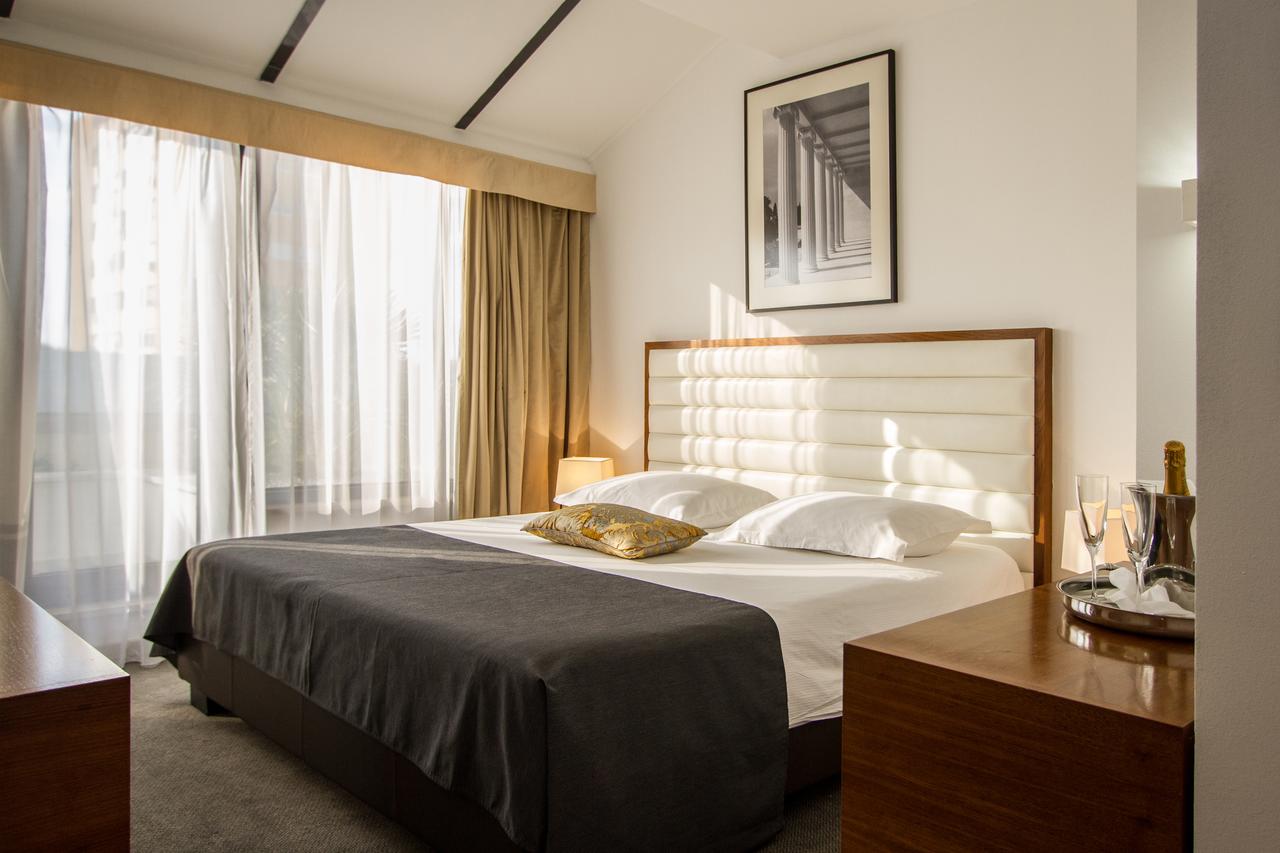 If you like modern amenities and freshly-painted walls in a hotel, then the Atrium Hotel is perfect for you. It’s large and modern and located in the business district of Split, which means it’s away from the touristy spots. However, that also means you might need to travel a little bit to get to the tourist spots if you’re there for leisure.

Fret not though, because this hotel is worth it. With 128 rooms in the hotel and sleek, modern interiors, this place has extra amenities that other older hotels might not have. For example, Finnish and Turkish saunas, a fitness centre, and a 16-metre lap pool. There’s also an in-house restaurant – Cardo – that serves Mediterranean-style cuisine and Dalmatian specialty dishes.

see more
Croatia Europe travel hotels in split
PohNee Chin
Editor, Kuala Lumpur
Poh Nee is the editor and writes about travel and drinks. When she's not living out her holiday dreams via Google Earth and sipping on an Old Fashioned down at the local bars, you can find her snug at home bingeing on Netflix and mystery fiction.
Travel Drinks