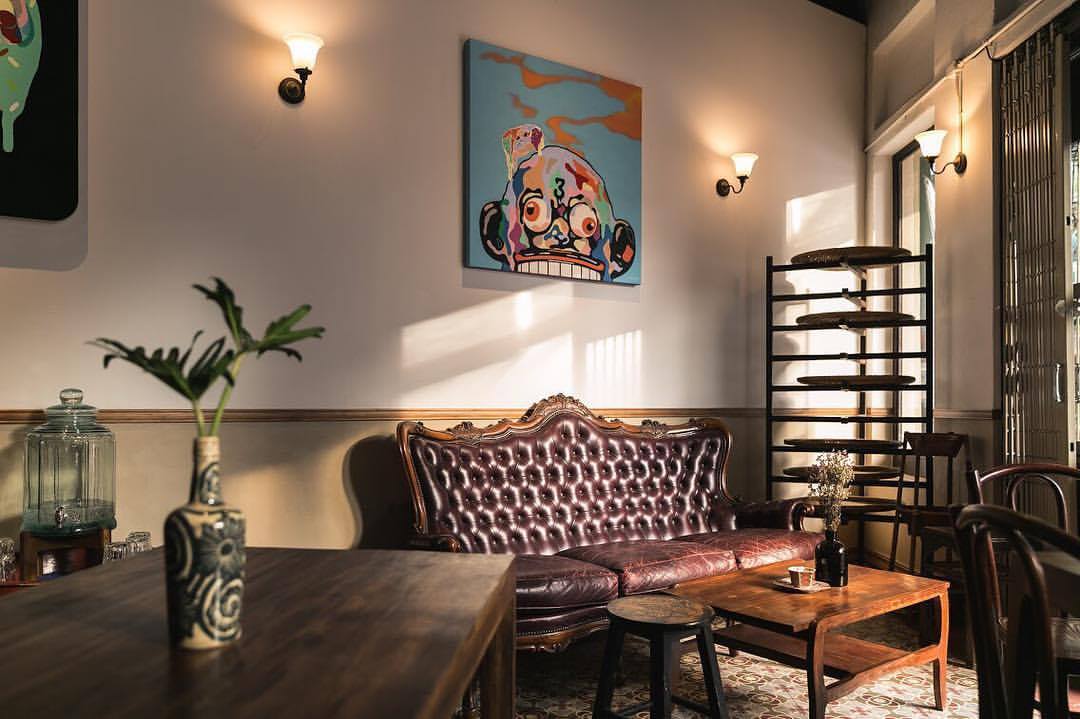 How well acquainted are you with Bangkok’s “old town”? You’ll soon be after seeing these gorgeous boutique hotels there.

Bangkok’s Old Town is having a bit of a revival of sorts, as we seem to be leaving our Sukhumvit safety blanket and heading out of downtown Bangkok towards the river and the creative district.

Bordered by Charoenkrung, China Town, Rattanakosin, and the Chao Phraya River, there is something about the area that makes it a lot less mainstream and a lot more rich and raw in character. We seeing snippets of a Bangkok bygone. There’s a whiff of Chinese herb and spice shops. There’s a thriving art scene. And the burst of adrenaline that flows through your veins as you uncover yet another crazy cool corner is likely unparalleled to any other find in Sathorn, Thonglor, or — dare we even say it — Ekkamai.

Nevertheless, we always knew the Old Town was the secret to a really fun night out. Even Conde Nast Traveller raved about China Town’s Soi Nana as one of the world’s most hip neighbourhoods. Coffeeshops seem to suddenly multiply by ten times in ‘grammability once you cross the Bang Rak border. And the food? We’re getting heart palpitations merely trying to find the words.

To lie down and to calm down, here we’ve gathered some of our favourite boutique hotels in the area. Most are located around the kind of infamous Maitri Chit Road, and all offer that eerie sense of romance that only a place so deeply historical can conjure up. We’ve long known it to be an area that is great for sightseeing and cocktail-sipping, but to think you could get in your culture, feast on a fiery dinner, get drinks, and then go to sleep here, too? We’re shook. We’re excited. Consider your next staycation, vacation, and midday inspiration sorted.

We’re starting our list with possibly the hottest new opening on Maitri Chit Road. Though ‘new opening’ feels a bit like a misnomer. The beautiful Mustang Blu opened as a sister to the infamous Mustang Nero across town, housed within a building that dates back nearly two centuries. It has been preserved to maintain its gorgeous colonial-style structure, retaining a lot of its historical Thai-Chinese charm. Expect vintage furniture and design accents, combined with modern luxury hotel amenities for a stay that is filled with a nostalgic, and yet contemporarily comfortable. Dreamy and oozing with history, it’s a must-visit for those with an eye for design.

Be you a frequent bar-hopper on Chinatown’s notorious Soi Nana, then you’ll be familiar with Ba Hao. The Oriental-style bar has long been a favourite amongst those who love an Asian-inspired tipple in a warm and beautifully decorated interior. However, beyond drinks and dumplings, Ba Hao also houses a sweet secret upstairs. The charming shophouse boasts two rooms you can stay in, each with a distinct character, and a sprawling view of the neighbourhood. Spacious and thoughtfully decorated, it’s a wholly new way to see Soi Nana — for many, for the first time, in the morning, too.

There is something about the Sala brand that always manages to nail that sweet spot between cultural and contemporary. Located on the river, check into the Wat Arun suites at Sala Rattanakosin for one of Bangkok’s most authentically beautiful views. You could actually rise at dawn and see the Temple of Dawn in all its glory from your room (or better yet: with breakfast), or admire its shine come nightfall. Featuring spacious suites, the hotel is in close proximity to many of the key Bangkok tourist attractions, such as Wat Po and the Grand Palace, but also to interesting sites for those who’ve already done the day at the above. Morning flower market stroll, anyone? River cruise-catching, just for laughs? Rooftop drinks, because they’re essential?

Forget bed and breakfast. We’re digging Bed and Brews. Composed of a triple threat of hotel, bar, and coffeeshop, 103 Bed and Brews sits on the corner of Soi Nana and Rama 4 Road, and is inspired by the Sino-Thai trade merchants of the late 19th century. Once a merchant’s home, there are plenty of subtle colonial Chinese design accents to admire here, making for a stay that is rooted in time and place. Rooms are airy and feature high ceilings, with a perfect view of the neighbourhood and its happenings just below. The best perk is likely waking up to the smell of fresh coffee in the cafe. There’s also March Cold Brew Coffee on tap, because of course.

Most fitting for a boutique hotel in the Old Town, the Bangkok Publishing Residence is both a hotel and a museum — though you could probably add ‘time machine’ to the list, too. Aiming to take guests on a journey of Thailand’s mid-twentieth century publishing heyday, the former shophouse was once the birthplace of Bangkok Weekly magazine. Today, it is a simple 8-room bed and breakfast, fitted with nostalgic nooks and crannies, and a deep Old World charm. It’s also an adults-only accommodation because we don’t want children playing Angry Flappy Birds on their iPads and disrupting the vibe and all that. How very Old Town.

Bangkok Hotels Boutique Hotels Bangkok Hotels ba hao china town Bangkok Publishing House Sala Rattanakosin The Mustang Blu Old Town 103 Bed & Brews
You might also like ...
Travel
KLoe Hotel is the city’s latest boutique accommodation for creatives
Travel
Group staycations around Malaysia for your next big gathering
Travel
The best boutique hotels in KL for that quick weekend staycation
Travel
Vientiane Travel Guide: What to do in Laos’ laid-back capital
Lisa Gries
Creative Content Director, Bangkok
Lisa loves to travel, and is always on the lookout for the world’s best nap spots. She’s a serious Asian art history nerd, and has a knack for languages and coffee table books. She hopes to publish her own novels one day, one of which will likely be called ‘All The Great Conversations I Had In A Bangkok Speakeasy.’ It’s a work in progress.
Travel Drinks Dining Watches