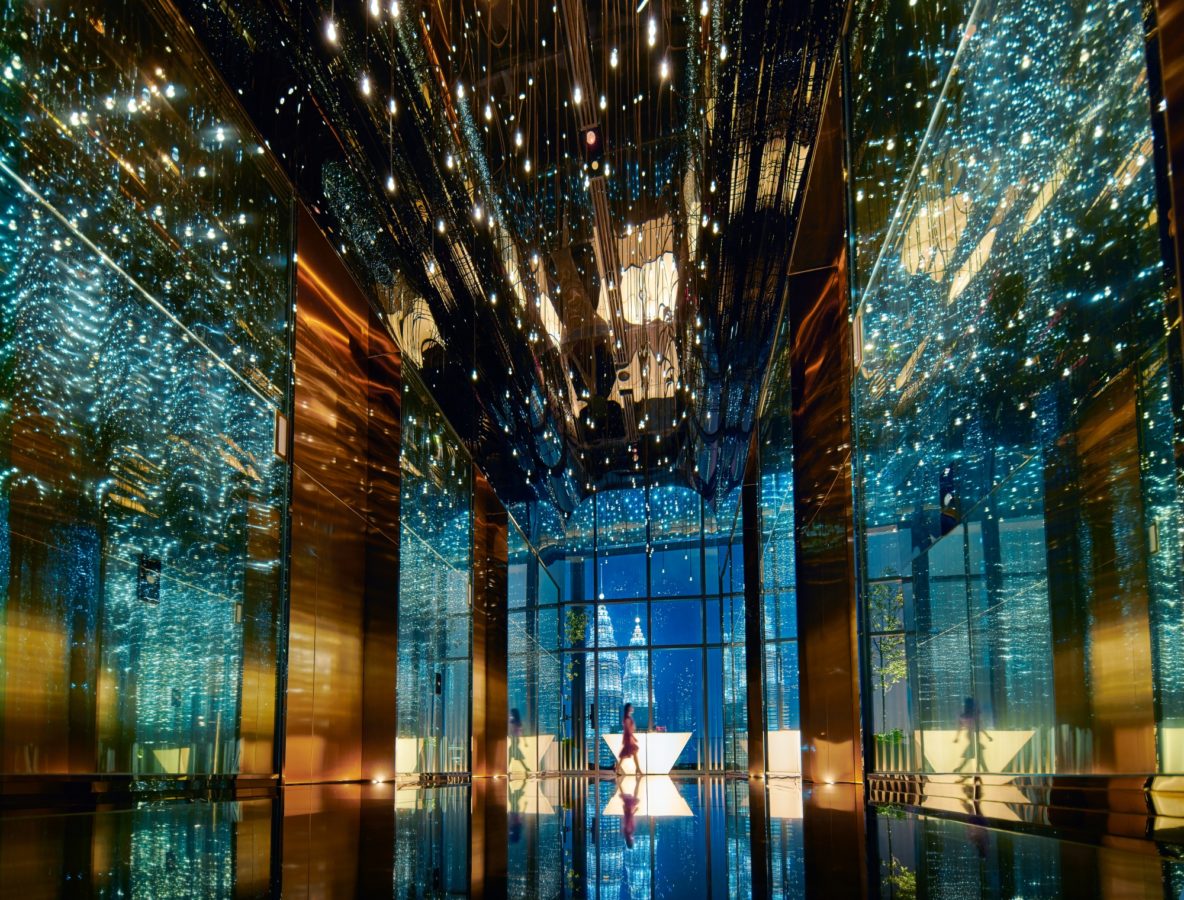 EQ Kuala Lumpur is a timeless treasure, a hotel that many would have known of before its transformation.

You’ve probably heard of EQ Kuala Lumpur, but perhaps not the same that you know of. Before it became the five-star hotel it is today, it was known as Hotel Equatorial Kuala Lumpur. Built in 1973, the hotel was a focal point for many locals and gained its reputation as a five-star hotel destination around town. In 2012, it closed its doors for a full redevelopment and lay in waiting for seven years before making its grand return to the Golden Triangle.

March 2019 was when EQ Kuala Lumpur finally reopened its doors, ushering guests back into the fold. Unfortunately, that didn’t last as a year later, COVID-19 struck. This forced hotels all around the world to close up shop for however long it would take to eradicate the virus. Thankfully, Malaysia has fared much better as opposed to other nations, opening up the region once more for inter-state travels.

If you remember where the previous Hotel Equatorial KL was located, you don’t have to worry as it has remained in the same location as it did before. For the uninitiated, you can find the hotel at the heart of the Golden Triangle on Jalan Sultan Ismail, just a stone throw’s away from major hotspots like KLCC and Pavilion KL.

EQ Kuala Lumpur is 52-storeys tall with the upper half of the tower dedicated to the hotel. It has 440 rooms divided between guestrooms and suites. Thankfully, I got the chance to spend the night in its Studio Suite (other suites include the Executive, the AHA!, and the Presidential). Upon entering, you’re greeted with a spacious room that prides itself on comfort and style. One notable feature of the room is its large windows, which spans across the entire room, giving you a great view of the KL city skyline.

While it’s only 71 sqm., EQ Kuala Lumpur made sure to maximise its space with plenty of mirrors. This opens up the room to make it seem bigger than it actually is, especially with its high ceilings as well. The central partition houses two 55-inch smart TVs on either side of the room — one for the bed and one for the living room. You also have a little cubby hole for the pantry, which is fully stocked and complimentary. This includes a range of soft drinks, tea, and coffee.

But the biggest draw of the suite would be the bathroom, decked out in marble tiles and flooring to give off a luxuriant feel. Not only was it spacious, but it also has separate sinks and a bathtub in its own corner. If there ever was a time where you should pamper yourself, this Studio Suite is the perfect start.

Seeing as we’re currently in the Recovery Movement Control Order (RMCO) phase, swimming pools, gyms, and spas are readily available once more with the provided SOPs in place. The big difference now is that for swimming pools, you will have to book a time slot beforehand and it can only be for an hour. If you’re looking to soak in some vitamin D, it’d be best to book beforehand. Unfortunately, I was not able to land a slot to check out the pool.

Both the Sanctum Fitness gym as well as Sanctum Spa is available to hotel guests as well as visitors. However, the former has a great perk for guests — it’s open for 24-hours so you can head to the gym whenever you’d like; just remember to clean up after yourself as there won’t be anyone to attend to you.

Much like its predecessor before the remodel, EQ Kuala Lumpur houses plenty of choices for everyone to choose from. There are six different dining options altogether but it’s worth noting that both the Bottega Lounge as well as the rooftop speakeasy, Blue is still closed due to the RMCO protocols. However, that shouldn’t deter you from dining in at the hotel with many other options available.

Kampachi will always be a solid choice as it has been a pioneer of Japanese cuisine in Malaysia since the 1970s. There is also Nipah, the hotel’s in-house dining restaurant where you will be having your breakfast. If you’re looking for something lighter and in a more relaxed setting, you can check out Étoile, which serves up delicious pastries, sandwiches, and cakes. You can also spot a wide selection of craft beers and a fully-stocked bar.

Last but certainly not least, there’s Sabayon, the contemporary European fine dining establishment that sits on the top floor of the building alongside Blue. It offers a daily three-course lunch menu at only RM168 with an amuse bouche as well. There is also the four- and five-course meal, as well as an a la carte. What’s great about Sabayon, is not only the food but coupled with an amazing view of the Petronas Twin Towers and its neighbours. During the duration of the RMCO, Sabayon also offers an alfresco dining area, which is essentially where Blue used to be.

If you’re looking for something new, posh, and highly luxuriant, you can’t go wrong with EQ Kuala Lumpur. From the moment you enter the lobby, you’re greeted with a wave of nostalgia and glee; if you’re one to patronise Equatorial Kuala Lumpur back in its heyday, you’ll be amazed to see how it’s transformed since then. It’s the little touches and details that go into making it a great staycation option.

Staycation eq kuala lumpur
You might also like ...
Food & Drink
8 new restaurants & cafes to check out in August 2020
Food & Drink
Neighbourhood guide: Where to eat and drink in TTDI
Food & Drink
On The Menu: New things to order at these restaurants in KL
Travel
Check in: Our great RMCO escape to KLoe Hotel
Wi-Liam Teh
Senior Writer
Wi-Liam is a geek at heart with a penchant for tattoos. Never without a drink in hand (preferably whisky, gin, or Guinness), he is also a writer by day and a keyboard warrior by night. On his day off, he masquerades as a streetwear and sneakerhead enthusiast while his bank account says otherwise.
Tech Cars Watches Entertainment Food Drinks