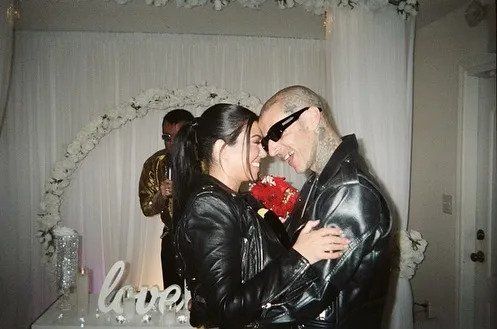 Diaries of the Sin City: Cherishing 6 celebrity weddings in Vegas

Weddings
Diaries of the Sin City: Cherishing 6 celebrity weddings in Vegas
Share this article
Next article

What does, getting married in Vegas sound like to you? If that sounds pleasing to you then we have a list of celebrity weddings in Vegas

Having a traditional wedding sure sounds like a dream come true, but traditions aside, how cool is getting married in Vegas? Imagine if just the thought is giving you butterflies in your belly, what if you actually go through it? International couples are no strangers to pulling off celebrity weddings in Vegas. Many of your favorites got hitched in Vegas and made their mark on the listicle below.

Apart from the precious memories, we have a fresh one by Kourtney Kardashian and Travis Barker who recently had their official ‘I do’ moment in Vegas. From these newly married love birds to a few more, have a look at all the most prominent couples who got married in Vegas. So, gear up as you’ll definitely want your wedding at the Sin city after you take read at all these romantics pulling this off.

To begin with we have the newlyweds, Kourtney Kardashian and Travis Barker. Following the Grammy Awards on the 3rd of April, the couple said ‘I do’ in the One Love wedding chapel. The pair tied the knot leading to their ‘forever’ journey in the same attire as they attended the Grammys in. The duo danced their way on Elvis Presley and marked the advent of their married life in Vegas baby!

Going back down, memory lane, the ‘Stranger Things’ fame star David Harbour and the singing sensation Lily Allen also qualify for celebrity weddings in Vegas. Dissing her ‘Air Balloon’ dreams and routing for a quirky wedding in a chapel in Vegas, the duo got married in the year 2020. With the mandatory act of Elvis Presley impersonator officiating the ceremony along with a burger take-out, the stars gave us major #CoupleGoals.

Next up, the Millennial heartthrobs, Sophie Turner and Joe Jonas reportedly traveled to Las Vegas post the 2019 Billboard Music Awards. The dynamic duo dropped a pleasant surprise on May 1st and tied the knot at Chapel L’Amour in Las Vegas. With the Jonas brothers present at the ceremony, the couple knocked on a new chapter of their life with a minimal ceremony followed by a huge celebration a month later in France.

Taking the #WeddingDiaries a notch higher we have Pamela Anderson and Rick Salomon to extend the list of celebrity weddings in Vegas. The duo got hitched in a low-key ceremony at the Mirage hotel in Vegas in the year 2007. Unfortunately, the wedding was followed by their divorce after two months, and their reunion again in 2014. The couple split again a year later, keeping it as it was.

Well, this sure was a quick wedding but lasted long enough to cherish their bond. Bruce Willis and Demi Moore, the star couple got hitched in a brisk wedding at the Golden Nugget in Vegas. The duo kept the knot tight for about 13 years and split in the year 2020 on a low-key mutual note.

Well, this one’s some major #CoupleGoals, as the duo remains married for about 24 years now. Yes, you guessed it right, it is the ‘All my Children’ co-stars Kelly Ripa and Mark Consuelos. The couple tied the knot way back in 1996, just to mark a setting example of consistent love. Kelly and Mark might have had a minimal ceremony in Vegas, but their fortunate journey and constant support sure deserve a grand acclamation.