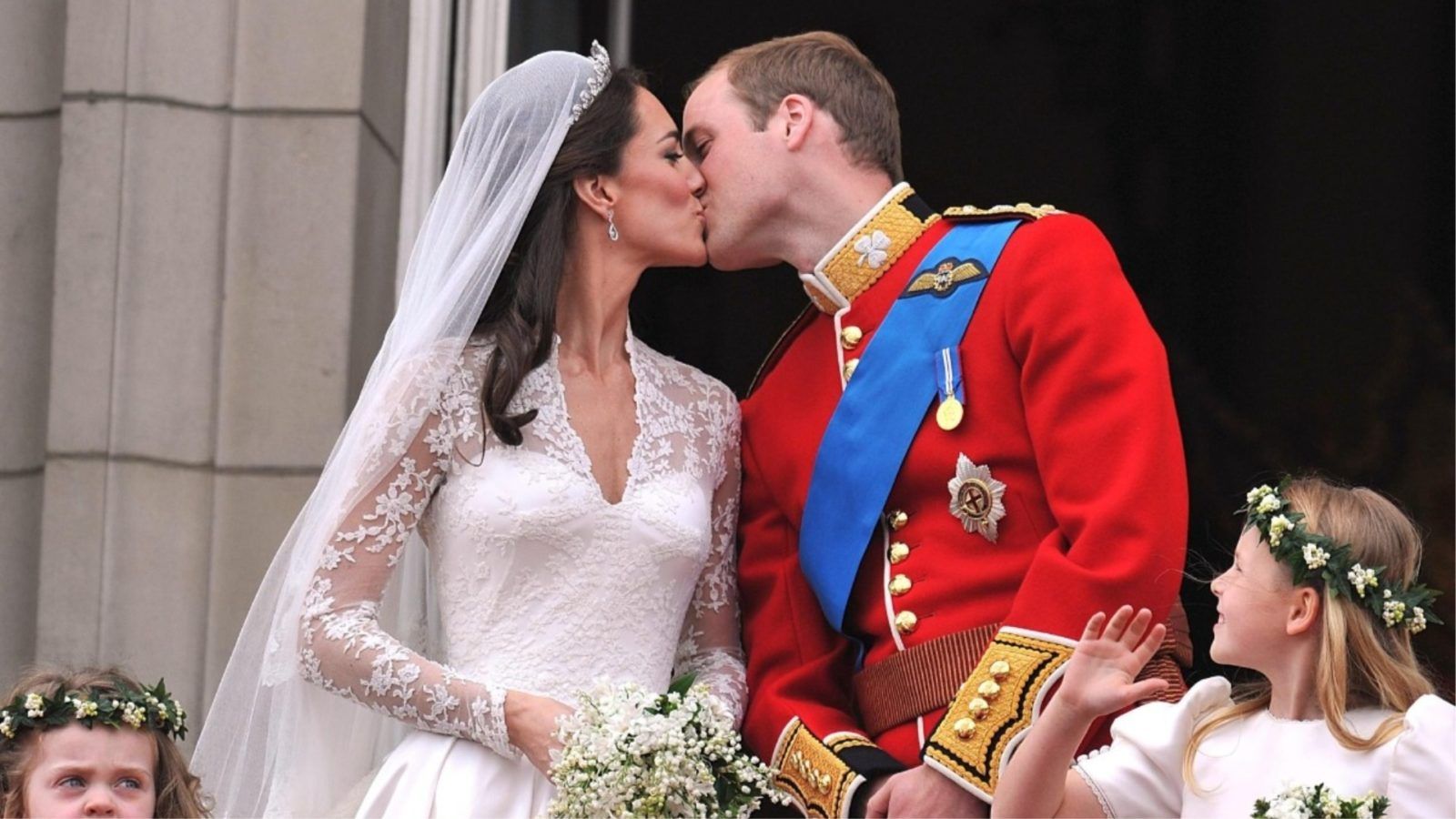 Nearly 11 years ago people all over the world witnessed Kate Middleton and Prince William become husband and wife at Westminster Abbey during their televised royal wedding, which took place on April 29, 2011. If you tuned in to watch the highly-anticipated event, you likely also saw the newly-minted Duke and Duchess of Cambridge share a kiss on the balcony at Buckingham Palace, but what William actually said to Kate during their post-nuptial embrace has remained a mystery to many—until now.

When the future queen walked onto the balcony for the first time as a royal, she was met with a crowd of onlookers below in which she responded with an astonished “Wow,” the Mirror recently reported. Thousands of excited well-wishers who gathered to congratulate the newlyweds chanted for the Duchess, exclaiming “We want Kate, we want Kate,” and asked Prince William to “Kiss her, kiss her.”

A post shared by Duke and Duchess of Cambridge (@dukeandduchessofcambridge)

Though the couple is known for being private, Prince William turned to his bride and said, “Go on, a little kiss, go on.” After sharing one of their first public kisses as husband as wife, the Duke of Cambridge turned to Kate and fondly said, “Let’s give them another one. I love you. One more kiss, one more kiss. Okay?” The second embrace was met with a roar of cheers from the crowd, even causing one bridesmaid to reportedly cover her ears.

Throughout their decade of marriage, Prince William and Kate have given the public a handful of sweet moments that show just how in love they really are. During a recent trip to Wales in honour of St. David’s Day, the future king greeted bystanders who waited eagerly to meet the royal couple. During the meet and greet, William told the crowd “[Kate] has the coldest hands ever. They say, ‘Cold hands, warm heart.'”

Kate Middleton royal weddings Prince William
Madeline Buiano
royal wedding
Sign up for our newsletters to have the latest stories delivered straight to your inbox every week.